The startup acquisition market is off by roughly 35% year-over-year. Why the decline? One consistent response from potential acquirers is that they are waiting for tax reform to happen. If it does happen, and when acquirers do decide to pursue acquisitions, I suspect we will enter a very acquisitive environment for three reasons. 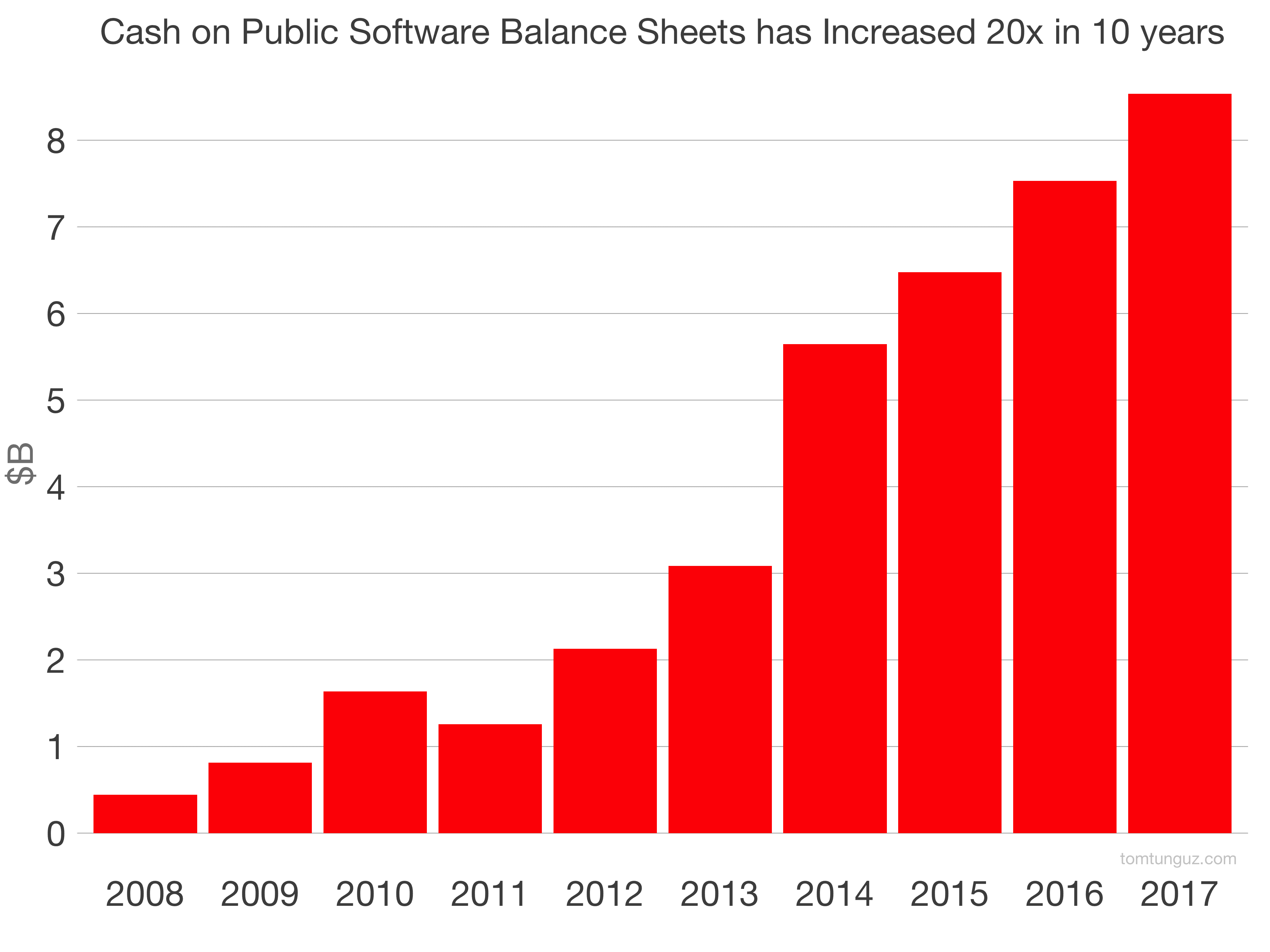 First, the cash available to finance acquisitions on the balance sheets of public companies has grown by 20 X over the last 10 years and now totals more than $8.5 billion. 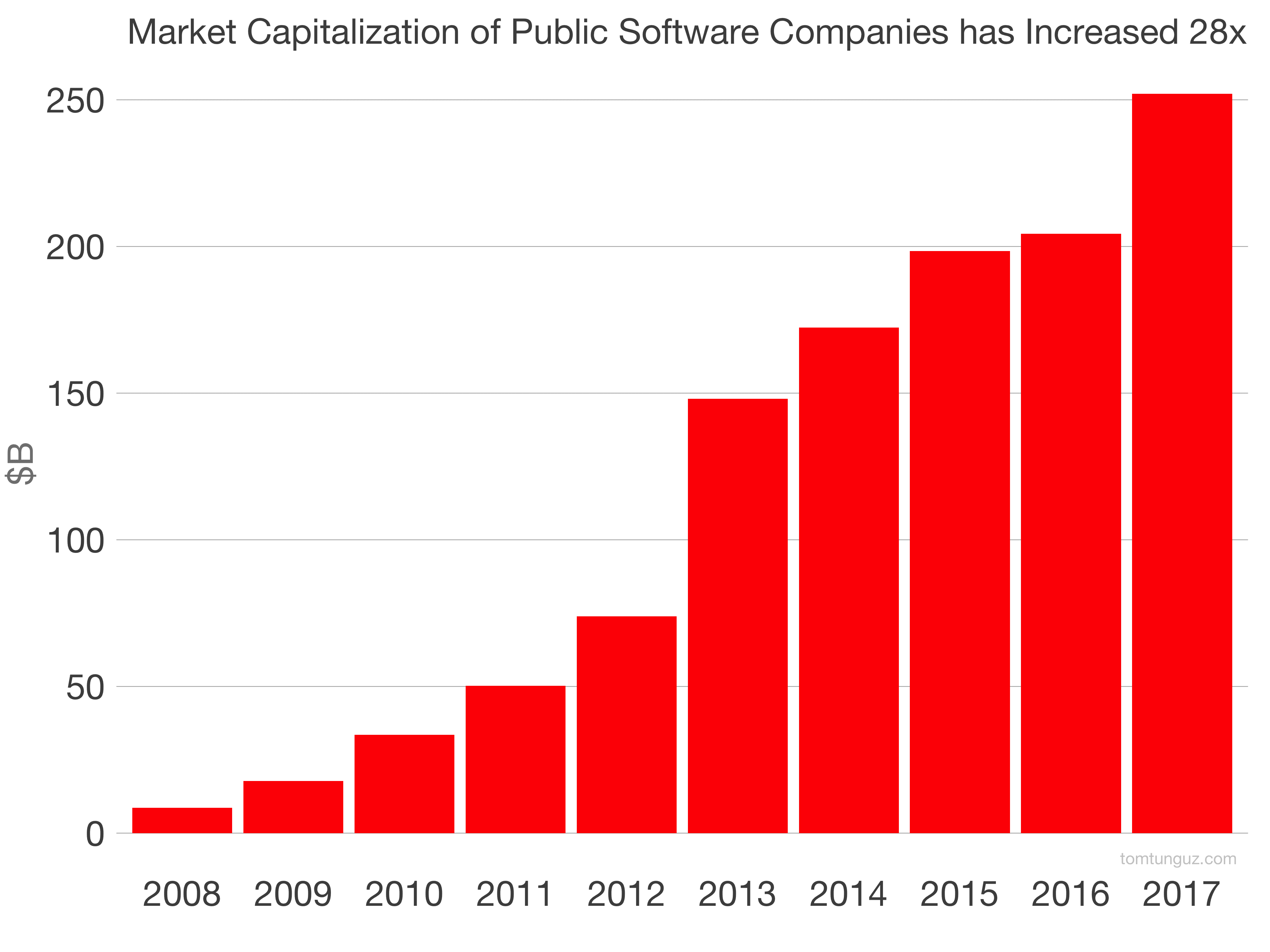 Second, the market capitalizations of the public SaaS companies have increased by 28X over the same time period. This is even more staggering considering the multibillion-dollar acquisitions of the past few years. For example, LinkedIn at $26 billion, Netsuite at $9.3 billion and Concur at $8.3 billion. In addition, we seen a flurry of take private by private equity firms of Marketo, Cvent, Xactly, and others. The market capitalizations of the remaining companies have grown enough to offset and surpass the contributions of those businesses that are now privately held.

Third, the combination of these two trends, plus the availability of debt which is something most technology companies have not yet pursued, implies that there is an enormous amount of purchasing power latent in the market. If we conservatively assume that 10% of the market capitalization (stock) and 50% of the cash could theoretically be used for acquisitions, and ignore debt, the aggregate purchasing power is roughly $29.5 billion - sufficient for 30 enterprise unicorns.

In addition, this analysis ignores the purchasing power of the largest software companies. The likes of Google, Amazon, Facebook, Microsoft, Cisco, Oracle, and SAP. Those companies would increase purchasing power by whole number multiples of the estimate above.