It’s been two quarters since the coronavirus has hit Startupland. And you can see the impact of the shutdown in the numbers. We reviewed the data in May and compared it to the effects of the financial crisis in 2008 on startup fundraising.

As a reminder, 2008 saw a 40% reduction in venture dollars invested in startups. It took about six to eight quarters to return to normalcy. 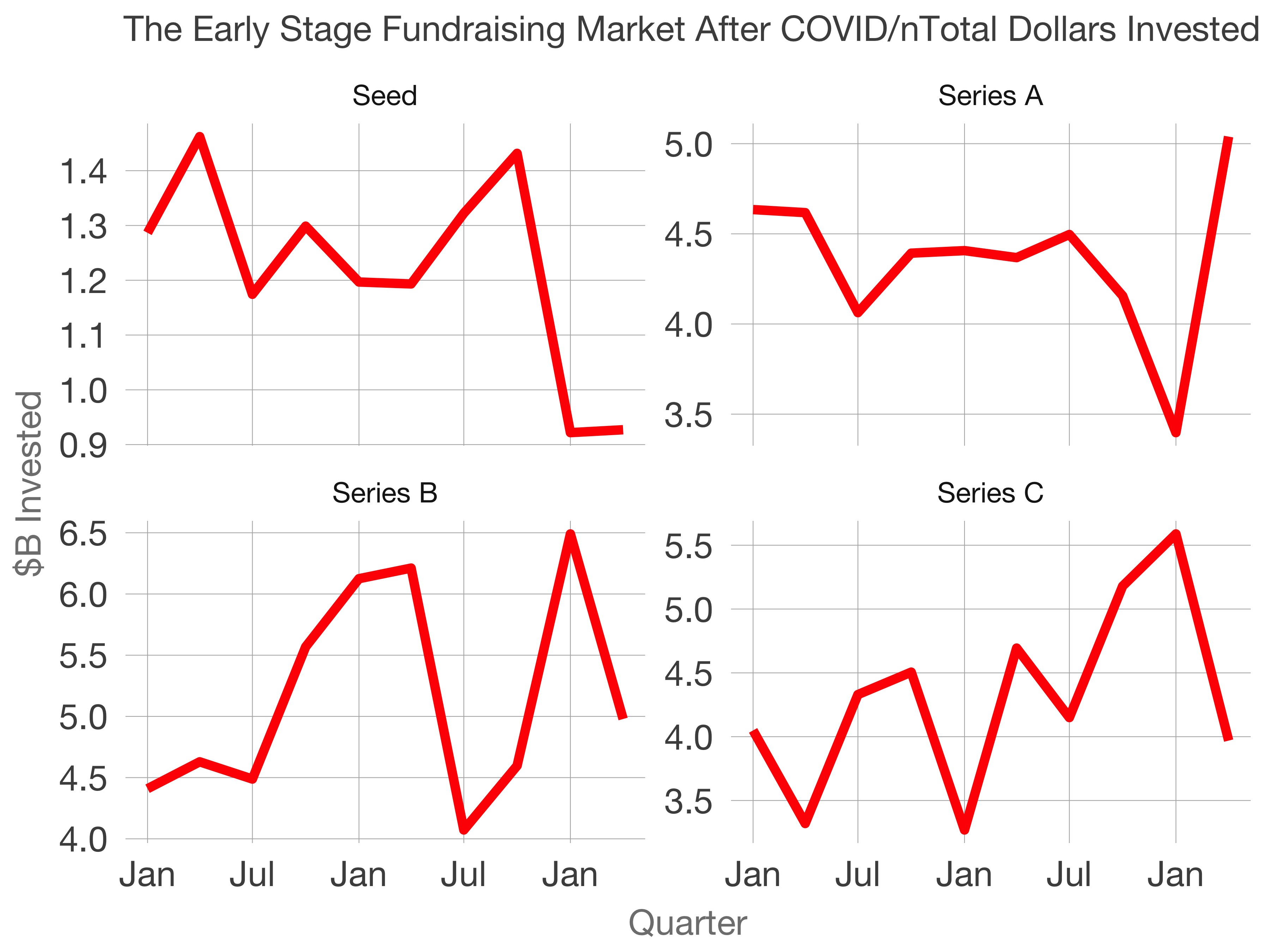 But the patterns this time are different. The Seed, Series B, and Series C markets are down 37%, 23%, and 29%, respectively. These corrections match 2008. On the other hand, the Series A market is up about 10% from the trailing 2 year period previous high. 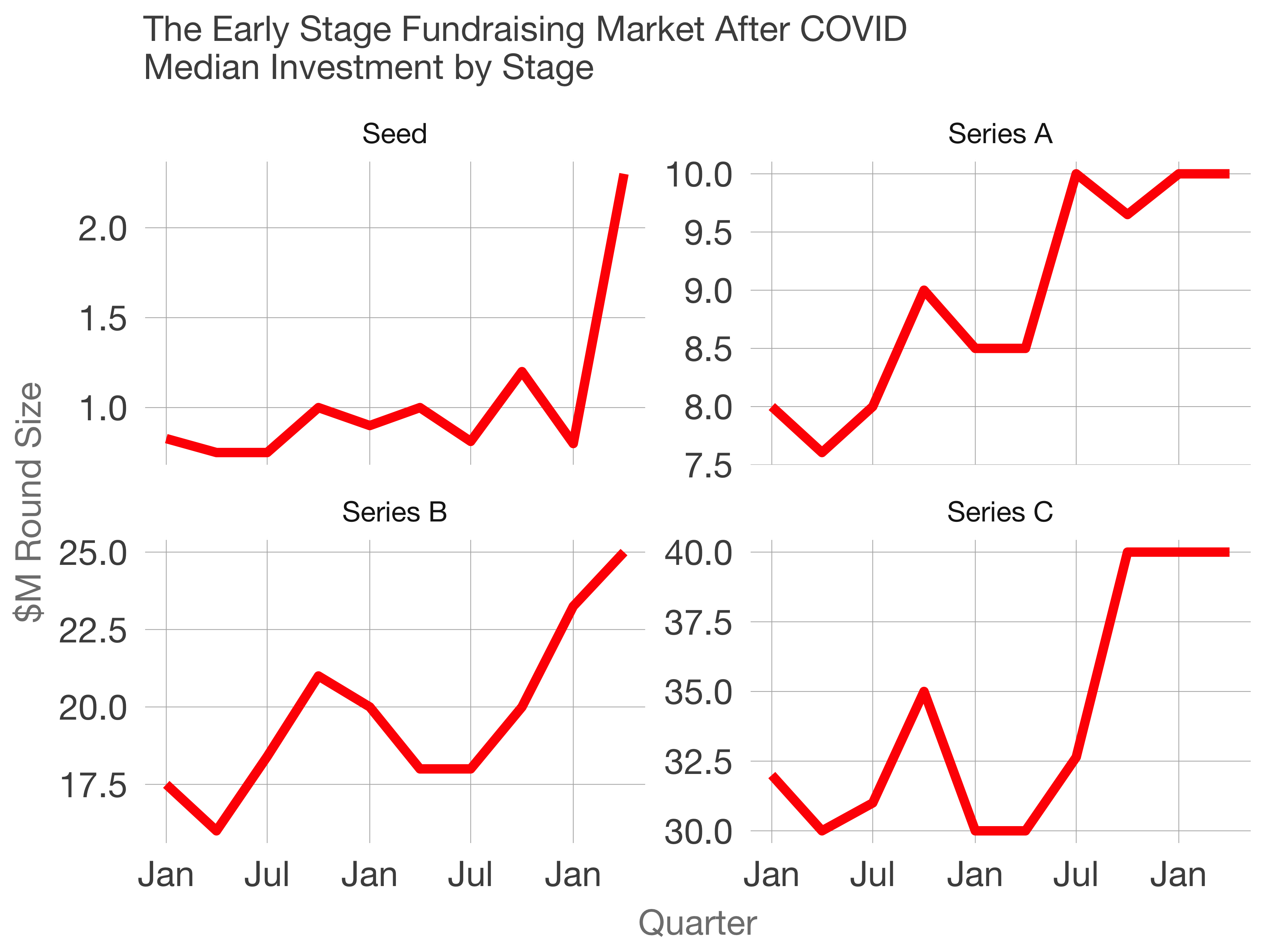 Median round sizes have skyrocketed across all stages. Seed has more than doubled. Series As have increased by 25%. Series Bs are up 43%, and Series Cs are up by a quarter. 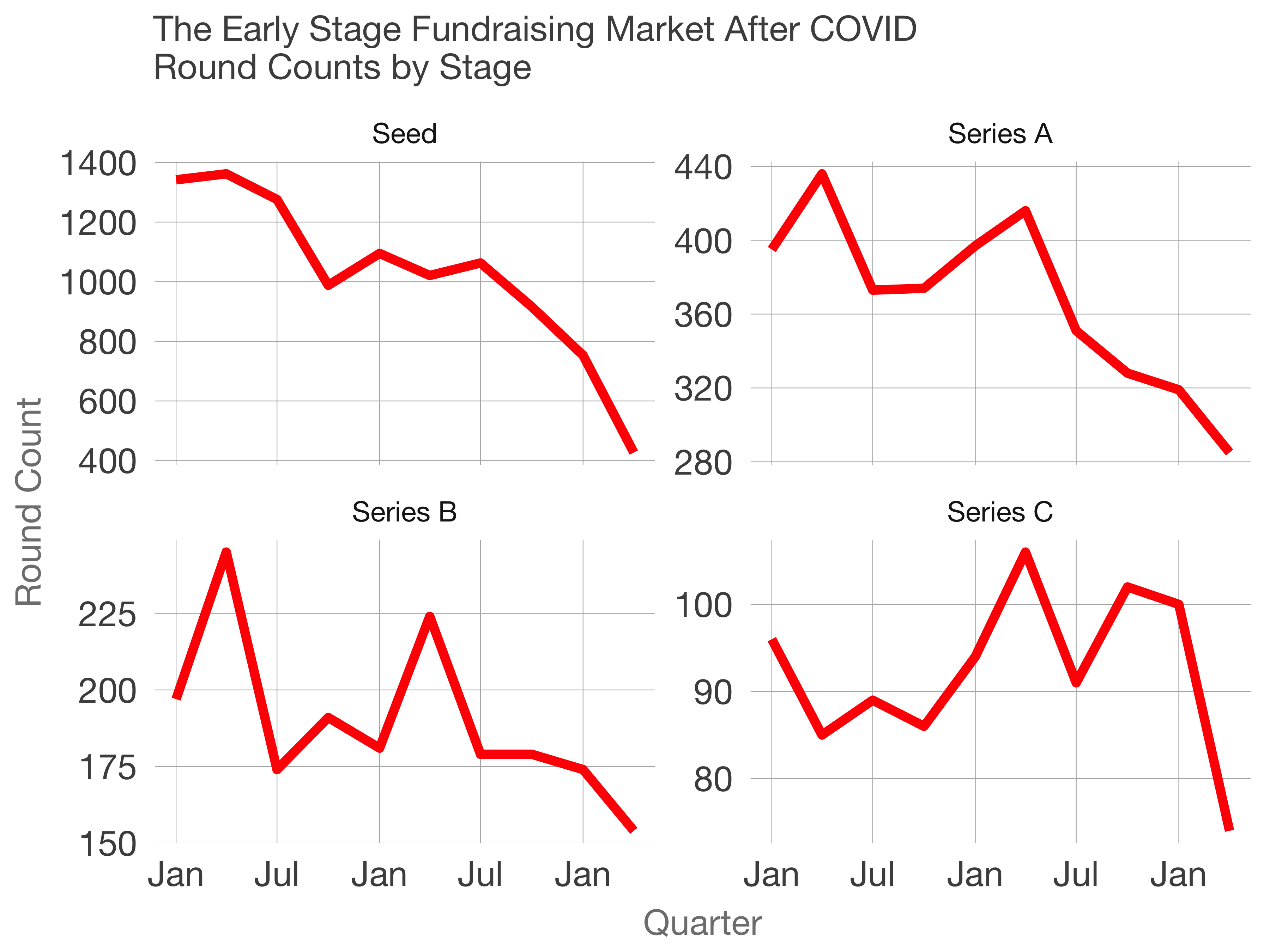 To make the math work, the total number of rounds have to fall, and how they have fallen. Seed rounds are down from 1400 to about 400. Series As have fallen 30% and the others similarly.

There’s a massive concentration of capital happening in companies that are doing well and those that are well known. This focus is particularly true at the later stages. We’ve met companies that have grown at steady and even accelerating rates through the crisis, especially those that capitalize on the dominant trends, including cloud computing, remote work, and collaboration.

At the early stages, the phenomena are a bit different. There is a flight to the known. If a seed-stage company is doing well, time to lead the series A from the inside. The same is true for a promising Series A company: preemptive Series B from existing investors is around the corner.

Easier to invest in a successful company that you know well than to find a company that is harder to diligence over video. Of course, that doesn’t characterize the entire industry. Many investors, including Redpoint, have led investments in companies we’ve never met “in-person.” This is very likely a sign of the future and an essential skill for both sides.

The analysis I would like to run would show the relative round sizes of inside rounds compared to rounds led by new investors. I’ll be working on figuring that out for next time. I suspect inside rounds would likely be larger on average than outside rounds.

The fundraising market is contracting. The amount of available dollars to invest is high. We venture capitalists have raised record amounts of capital in the last 2-3 years. But the pace of deployment is slowing.