In March, I published analysis of the fundraising market in 2008. It showed that the later rounds, the series B and series C were the most impacted. The early data from March 2020 shows a different pattern. Seed and Series A rounds are first to bear the compression in the market. Later rounds are unblemished. 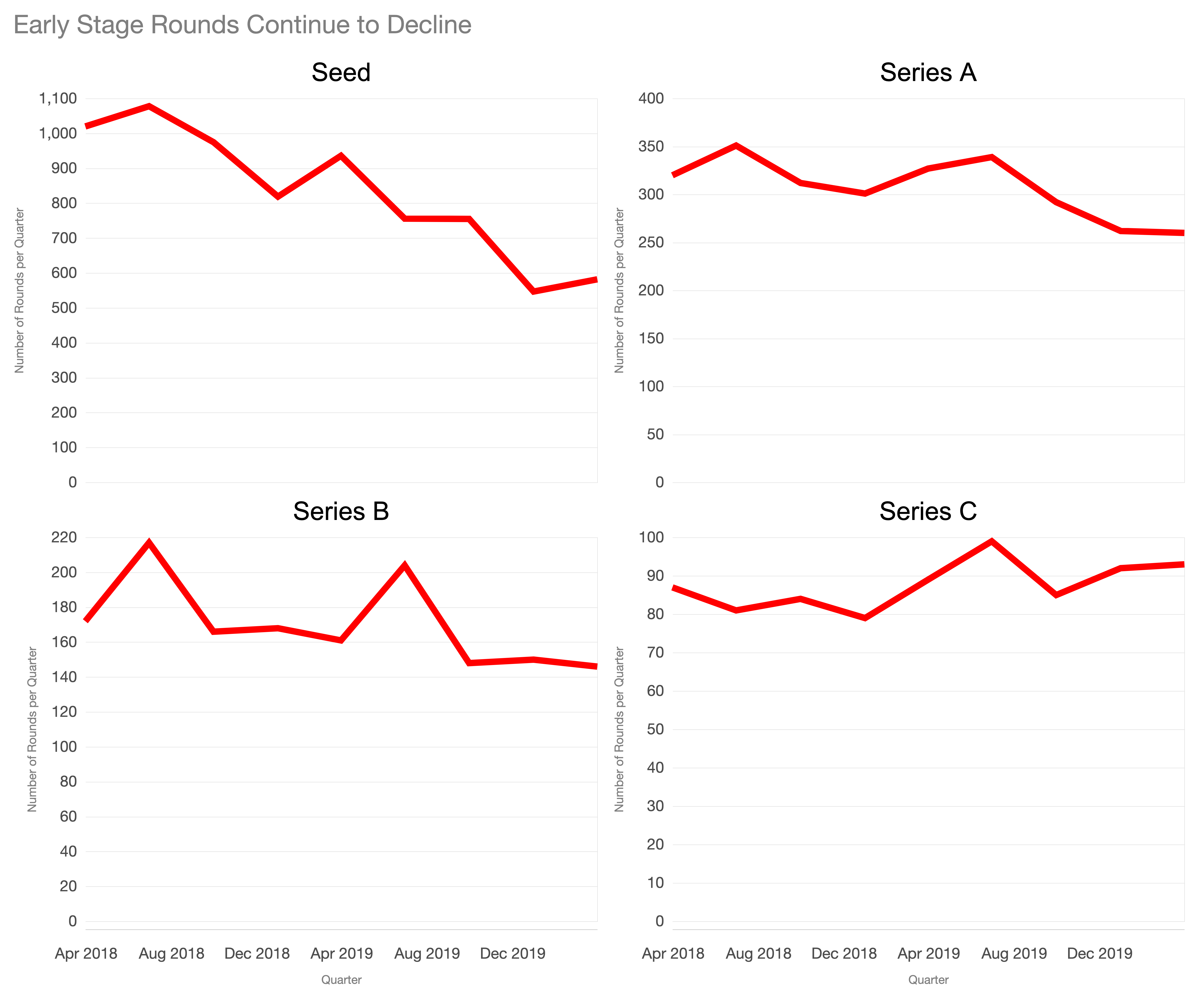 Round volumes in seed have been declining since summer 2018. The same is true for Series A and Series B. Meanwhile, Series Cs are flat to up. 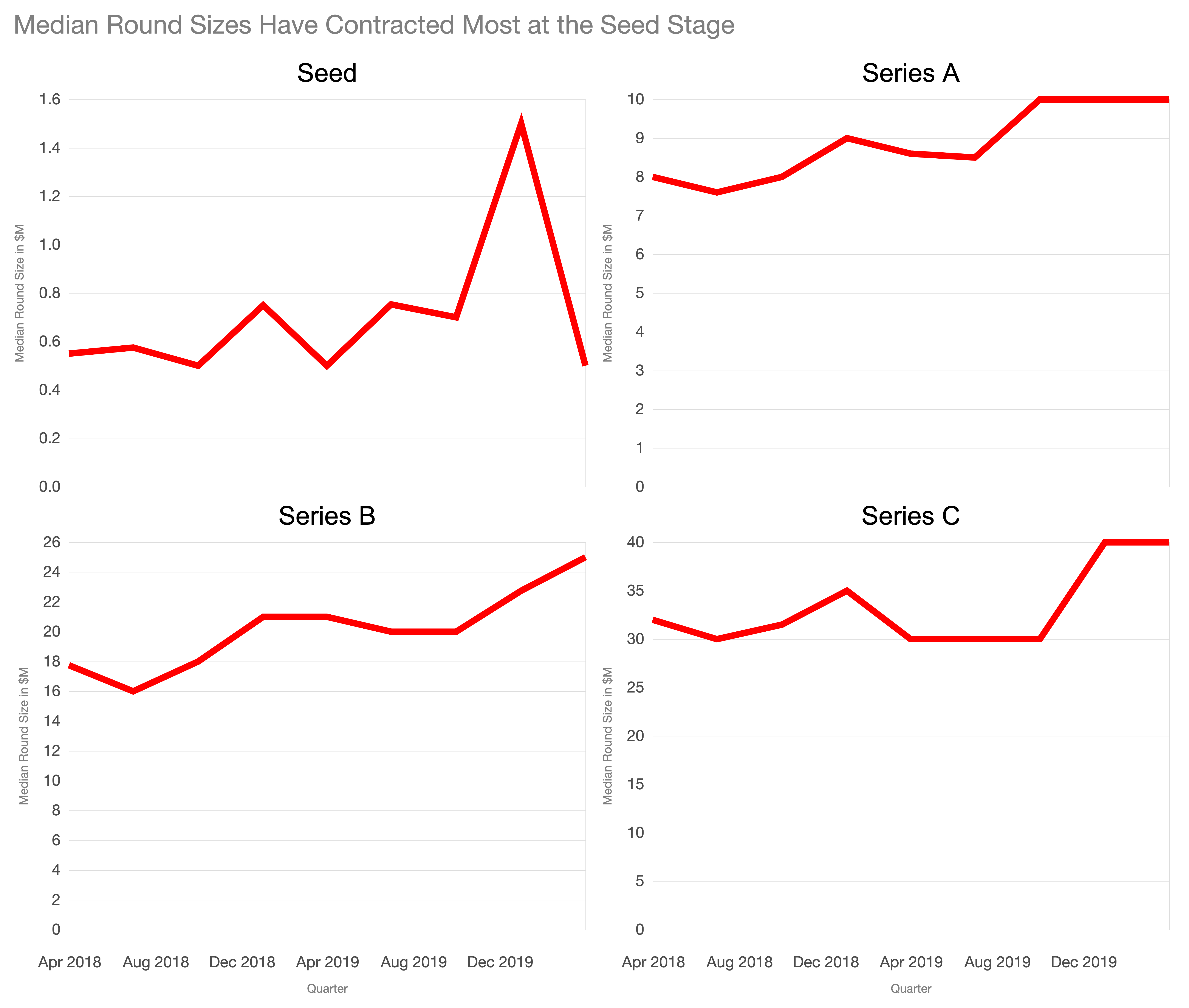 Median round size reverted violently to two-year lows after a significant spike in Q4 2019. As, Bs, and Cs median round sizes remained level or grew. 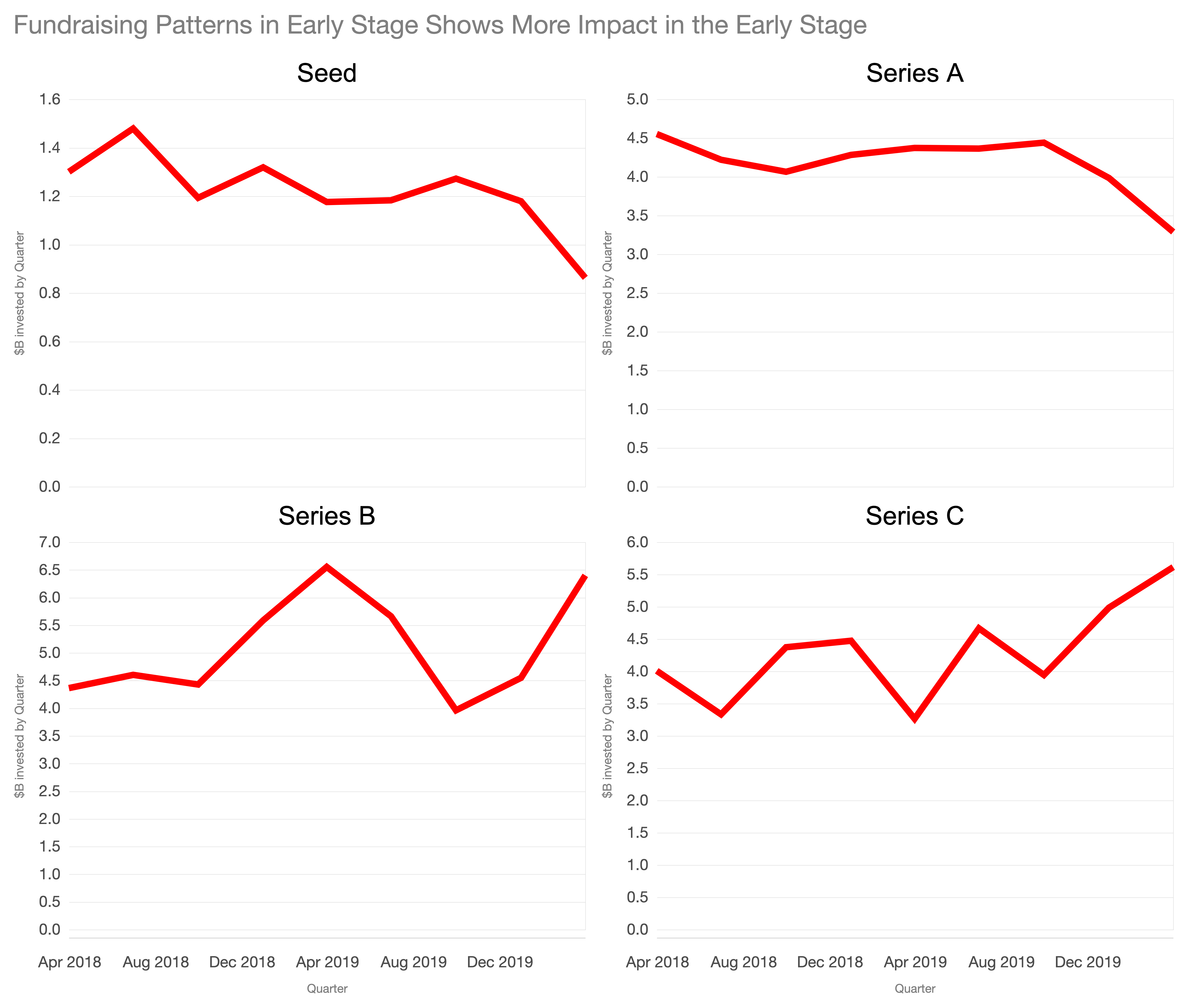 And overall in the market, seed and Series A dollars fell by about 15%. The later rounds moved in the opposite direction.

What could be driving some of these trends?

First, it’s quite early to be drawing conclusions. The data is noisy. Rounds consummated a few months ago are still being announced.

Second, investors are learning how to diligence investments without human contact. Meeting a founder for the first time during a process is more typical in the early stages. By the time a company raises a Series B or C, they have established relationships with later-stage investors. So, virtual partner meetings and diligence calls benefit from the relationship foundation laid last year, which might explain the continued deal velocity.

Third, investors continue to concentrate capital in a smaller number of companies. The coronavirus reinforces the flight to growth dynamics we observed last year. The fastest-growing companies continue to raise massive rounds. If a startup’s growth isn’t sensational, then it’s a much more challenging fundraising market. That’s why the median rounds are constant or flat.

Fourth, the public markets have proved remarkably resilient and forward multiples for some companies like Zoom and Shopify exceeded all time highs. These comparables are used for valuing private companies. Like a locomotive, these public companies' gains pull valuations of smaller companies along.

By the time Q2 concludes, we’ll have a better sense for how the fundraising market rodeo is evolving. We’ll have 3 months of data, rather than just March in Q1.