Just How Disruptive Are ICOs to the Classic VC Model? 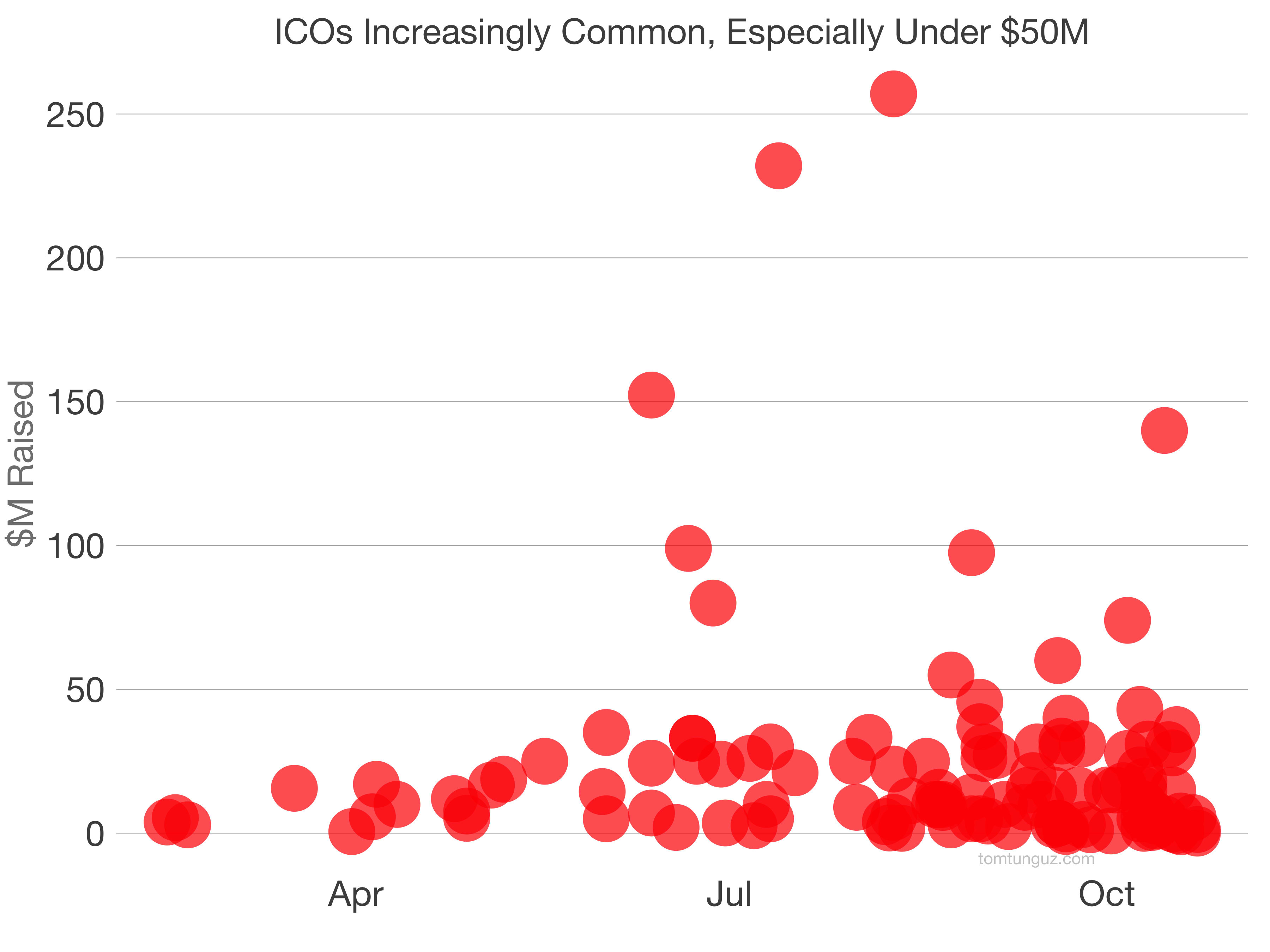 Initial Coin Offerings, a fundraising mechanism for companies using cryptocurrencies as a mechanism to buy their service, seem to be upending the world of venture capital. Filecoin raised $250M through an ICO. Tezos raised $232M. Bancor raised $153M. These are massive amounts of money. Recently, I’ve been wondering how prevalent ICOs are and whether they could potentially be a substitute for venture capital.

The chart above shows the number and size of ICOs since the beginning of this year. Though November 6, 130 ICOs have raised $2.7B. 18 have raised more than $100M, while 120 have raised up to $50M. That’s an enormous amount of money. 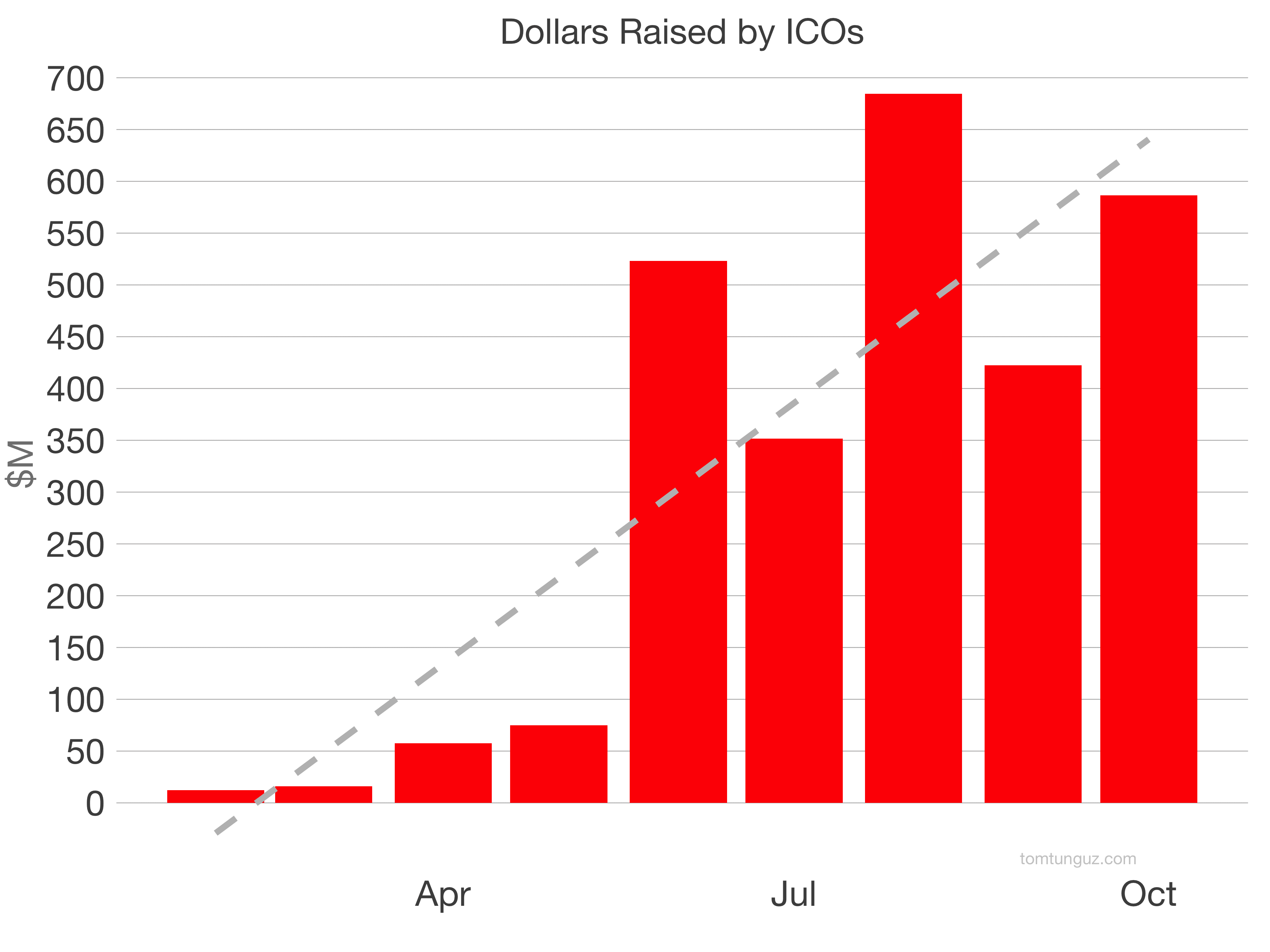 And the trend is up and to the right. ICOs have raised more than $350M in each of the last five months. 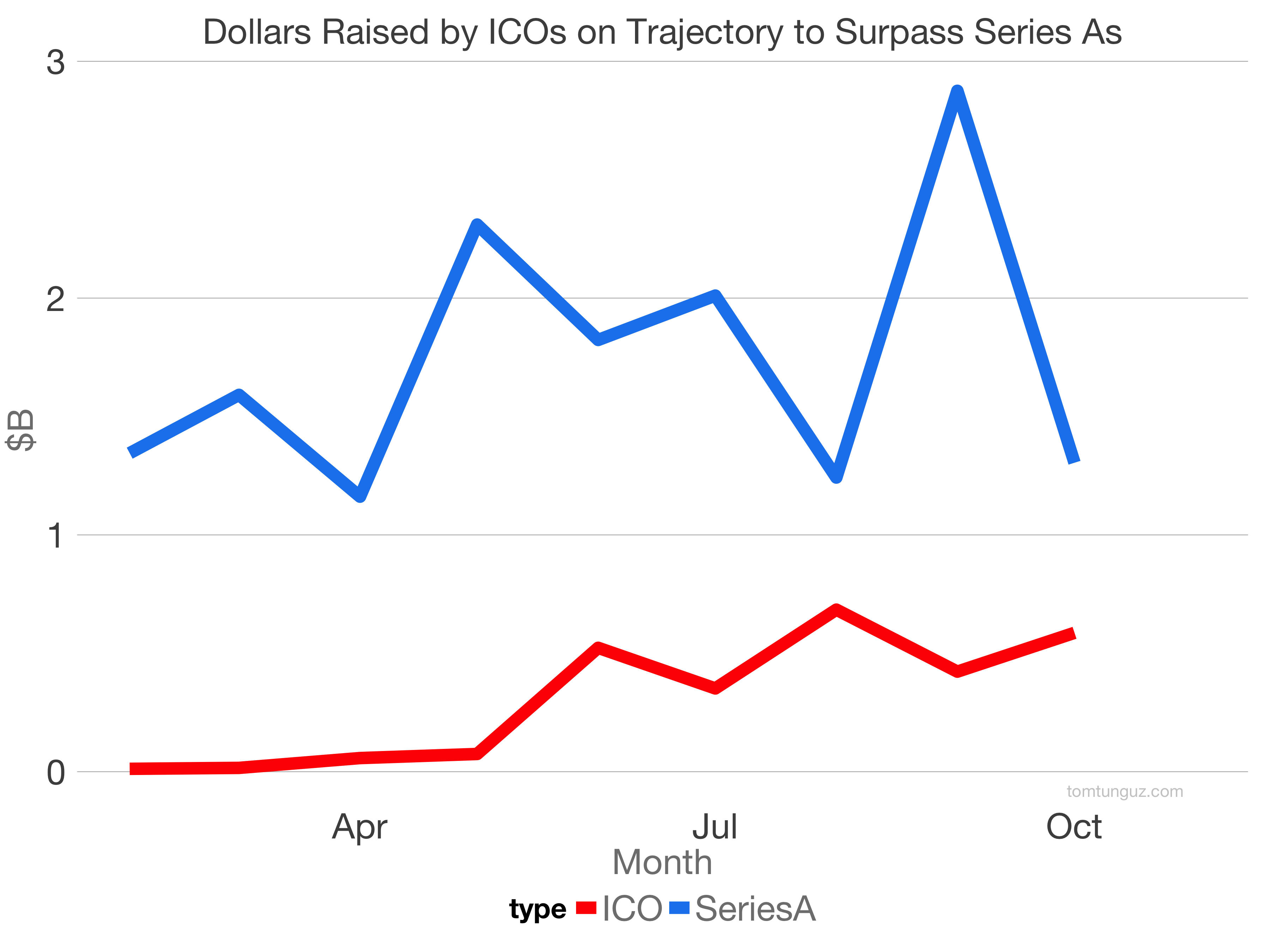 To put this momentum into context, let’s compare ICO activity to Series A activity globally. Unlike crowdfunding which has never exceeded 10% of Series A dollars, in the last quarter, ICOs raised 32% as much as Series A startups. 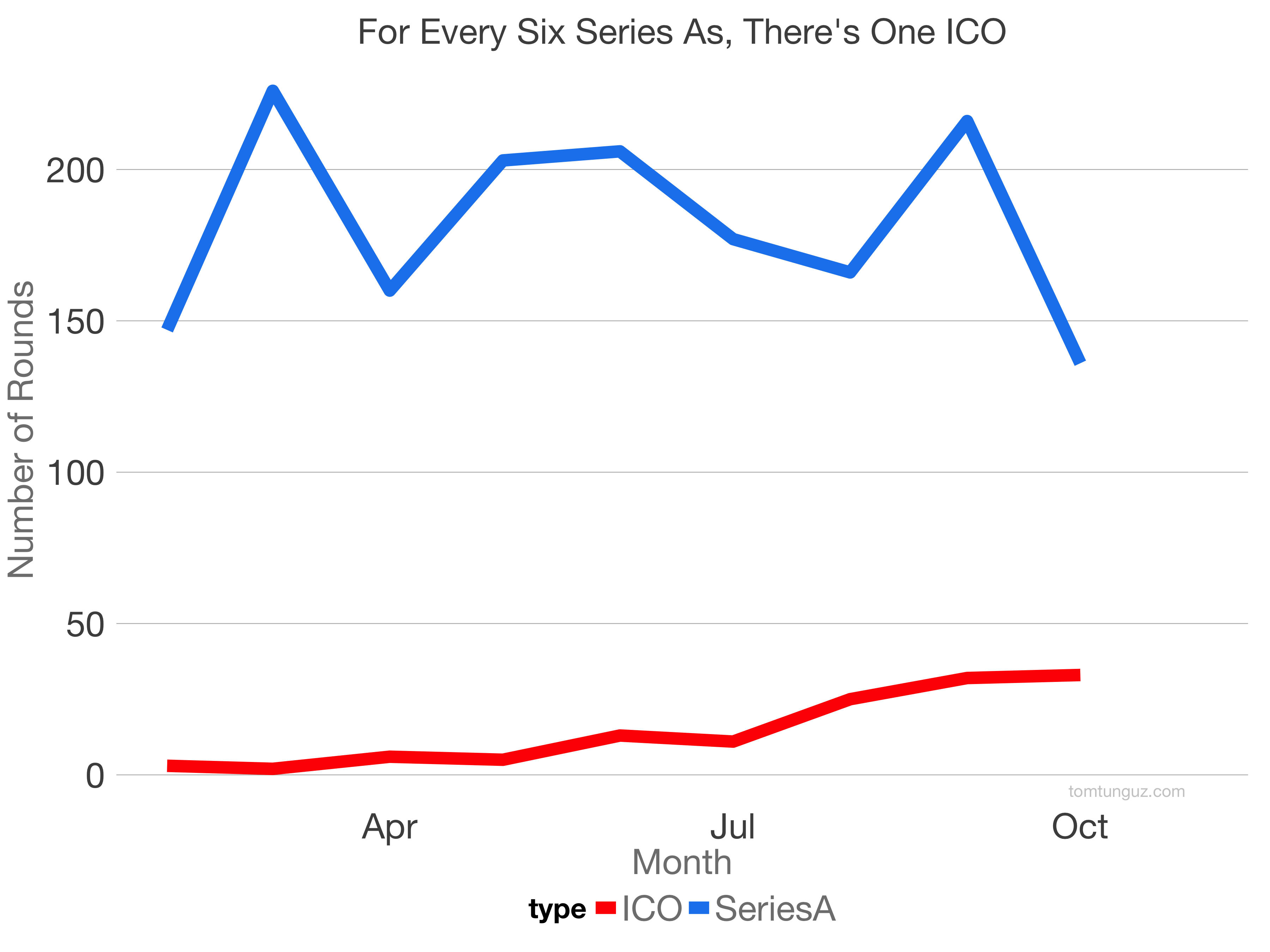 For every six Series As, there is one ICO. Series As have declined over the last year as ICOs have become more common. We should expect the difference to continue to narrow. 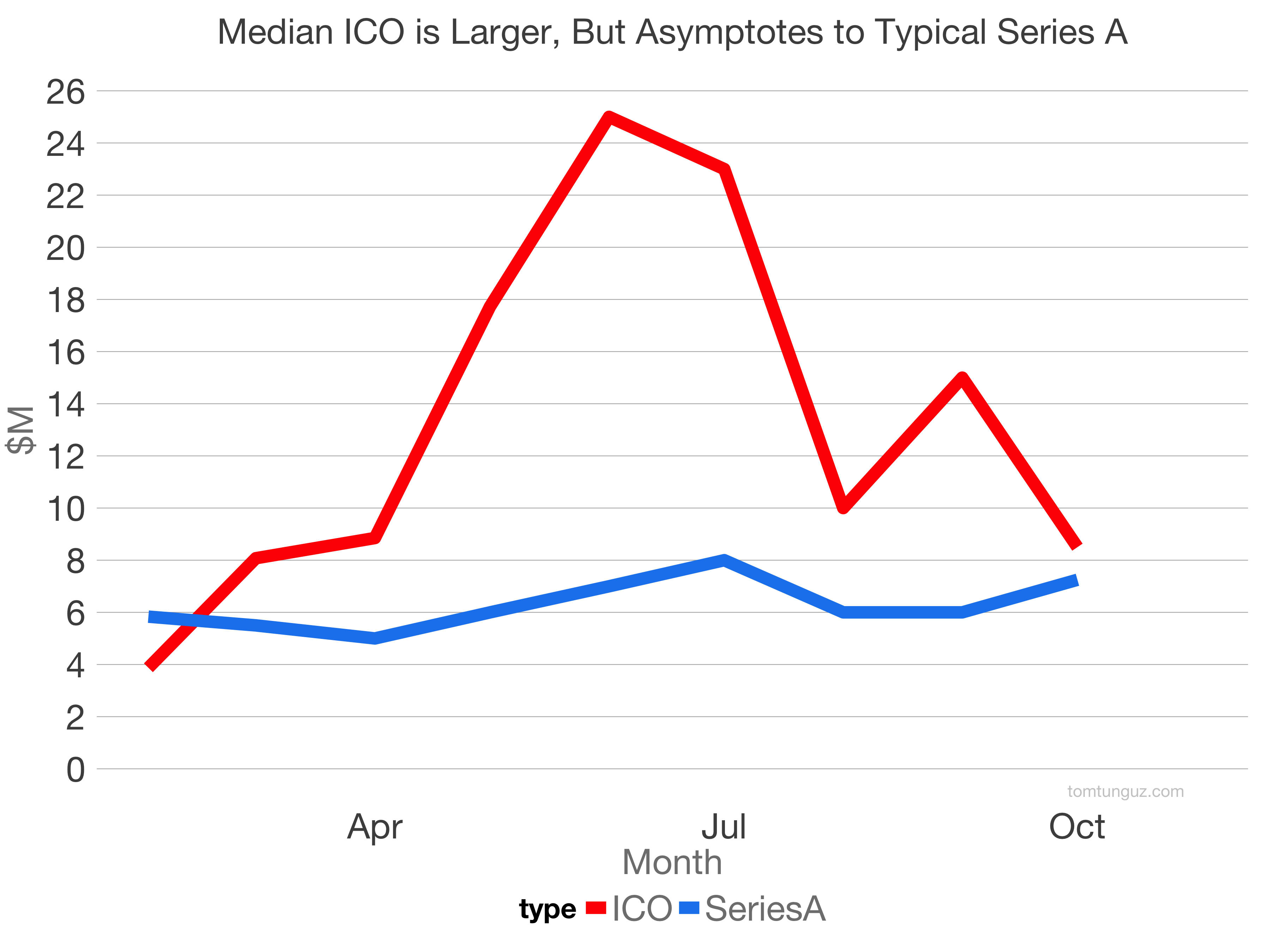 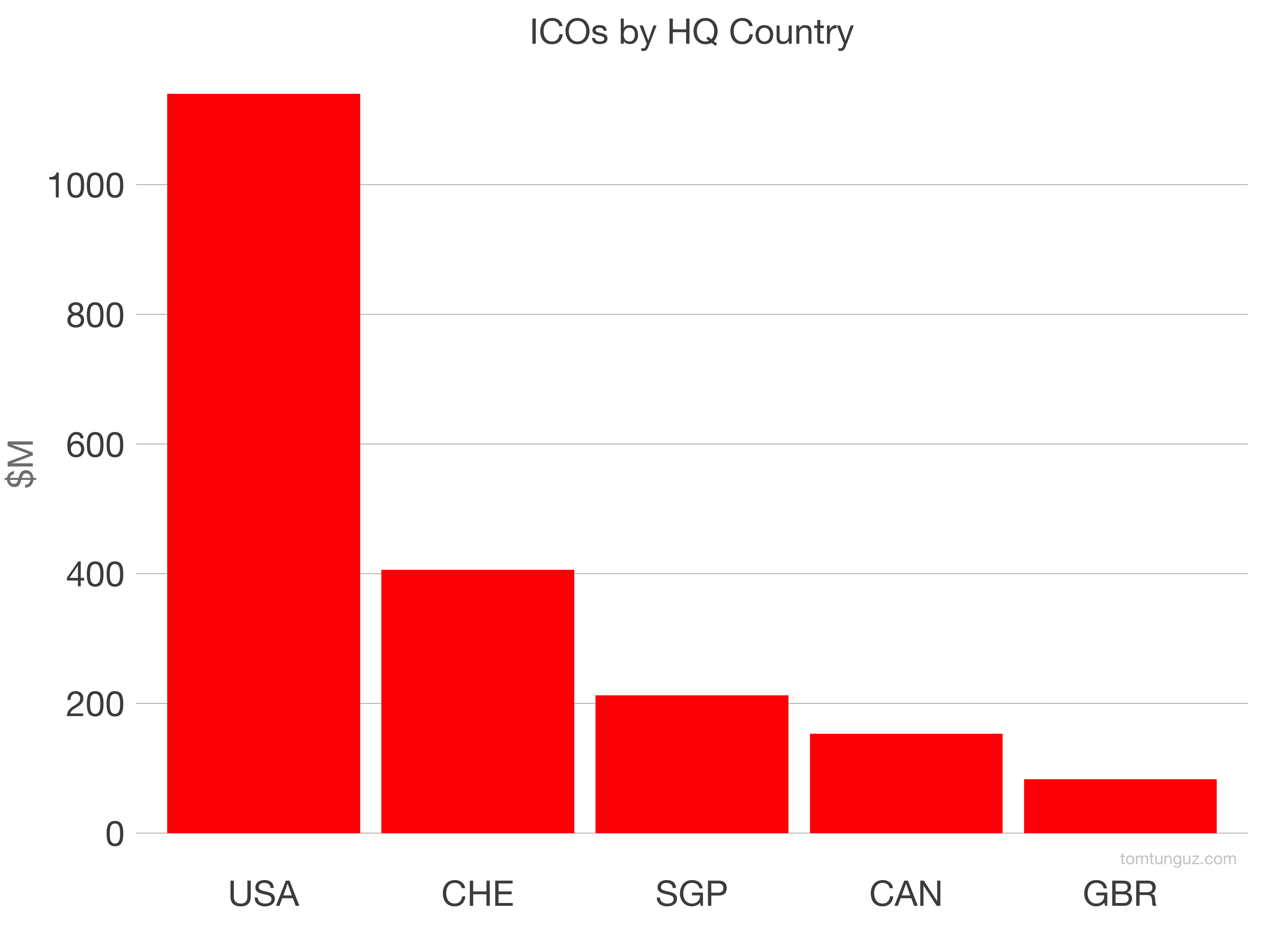 In terms of geographic breadth, US ICOs account for 57% of dollars raised across the top five countries. Switzerland, Singapore, Canada and Great Britain round out the top 5.

In short, these charts confirm ICOs are a massive source of funding for startups in the cryptocurrency ecosystem. They enable startups to raise potentially hundreds of millions of dollars. This new funding mechanism is a fascinating one, and one that raises a few parallels to the IPOs of the dot com era.

If this trend continues and questions like regulation are answered, ICOs may be a novel and important mechanism for crytpocurrency based startups to raise capital.

The Implication of Secular Increases in SaaS CAC