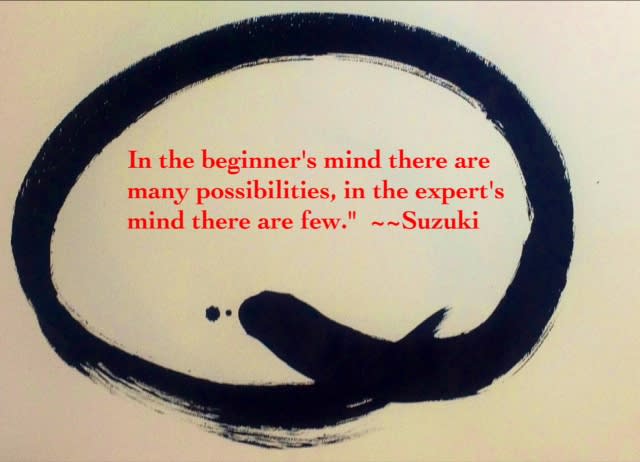 I met a physicist this week who told me all the Nobel laureates he had met in his studies have been the most modest of physicists. “They realize how small they are in the world, after discovering something incredibly special and new.” Separately, I referenced an executive this week. A former colleague of this person told me," this is not a person who sees a model work once or twice, and instantly subscribes to the notion that it will work every time for every business."

Those two conversations have me thinking about first principles thinking and modesty. They go hand-in-hand. To approach a problem with first principles, you have to set aside what you’ve learned about the problem or preconceived notions you might have. You have to tell yourself you know nothing about space or the business problem. Then, you have to become a student again, and learn as if it was the first time.

This is how we discover secrets, the startup kind – the ideas you believe that very few others do. Opportunities to disrupt appear when a fundamental assumption about the world changes. For decades, data storage and compute was expensive. But today, it’s cheap and hugely scalable. Legacy business intelligence vendors predicated their systems architecture on expensive data stores. Today, that is no longer true and a new architecture that leverages these database advances is better. That’s Looker’s opportunity.

Several years ago, I heard Elon Musk speak at the D conference. When asked how he started SpaceX, he related the story about how he couldn’t believe it was so expensive to launch a rocket. So he and his team began a bottoms up cost exercise to see exactly how much it would cost if they dated today. The carbon fiber, the titanium, the fuel (the constituent parts of rocket) totaled only 2% of the current per rocket cost. Musk and his team discovered a that a fundamental assumption in the world of space was no longer true. It doesn’t cost that much to launch a rocket.

There are many other examples of this. SaaS: Can software be sold over the Internet? Cloud infrastructure: Which enterprise will push all of their data on someone else’s servers? In all of these cases, entrepreneurs identified and believed that a fundamental assumption in the market had changed. And they seized the opportunity.

Identifying these dislocations in market dynamics requires modesty and first principles. When market dislocations happen, the approaches that worked in the past won’t work in the future. Asking the critical questions about the implications of these changes enables us to hypothesize about to address the market in its new state.

Which to Prioritize - Churn or Growth?