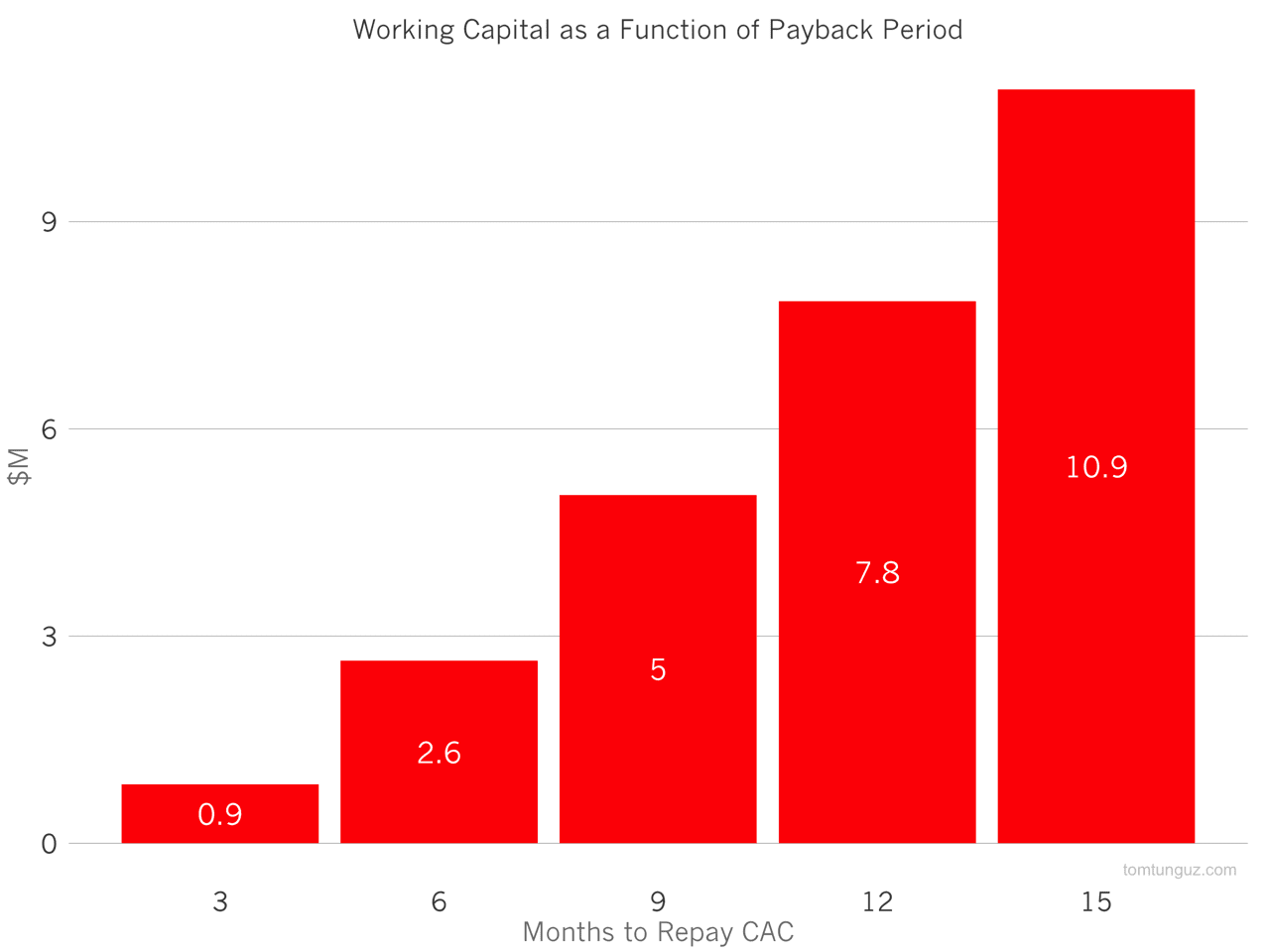 One of the most powerful levers for SaaS companies to master is payback period. Payback period is the number of months a company requires to payback its cost of customer acquisition. The median SaaS startup has a payback period of 15 months on a gross margin basis.

A short payback period confers two massive advantage to a startups: smaller working capital requirements and a consequent ability to grow much faster.

Let’s take a hypothetical example of a SaaS company at $625k in ARR, growing at 15% per month. The company has 25 customers each paying $25,000 and operates with an 80% gross margin. The company bills monthly.

The chart above shows the amount of working capital tied up in customer acquisition as a function of payback period. If the company can achieve a 12 month payback period, $7.8M of the company’s cash will be tied up in customer acquisition. On the other hand, if the company achieves a six month payback, only $2.6M of working capital is required to achieve this growth rate, freeing $5.2M for other initiatives. 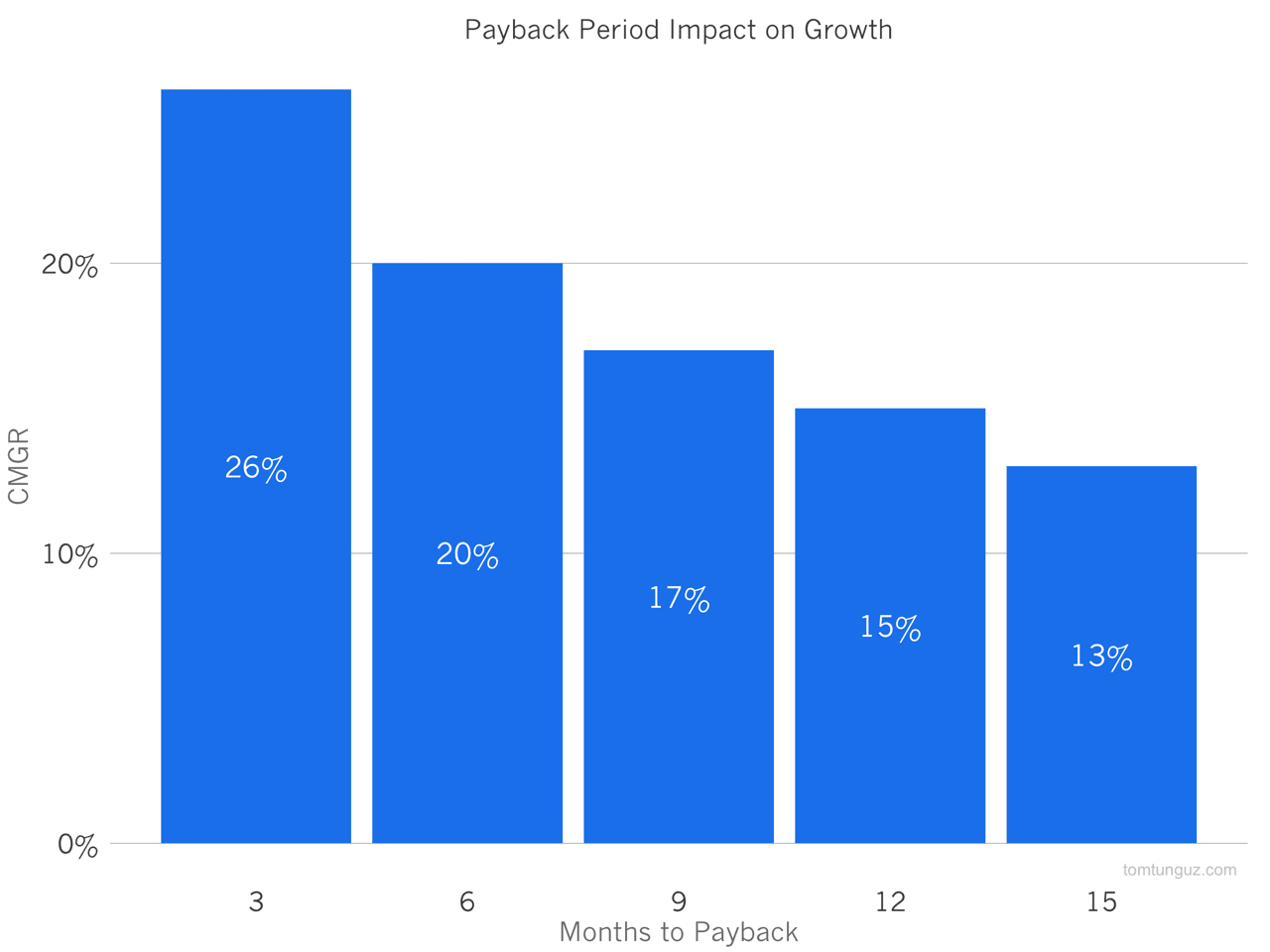 The company could take this “extra” $5.2M and recycle it, by hiring more sales and marketing teams, to grow faster. Compared to the 15% baseline growth at 12 months payback, at six months payback, the company can achieve a 20% compound monthly growth rate. Instead of exiting month 12 at an $2.7M ARR, the business would be at $4.5M run rate.

Of course, as a company scales its customers acquisition efforts, the payback period is sure to fluctuate and effect the working capital and growth characteristics of the business. However, those companies that achieve shorter payback periods can influence their growth rates much more effectively than companies with longer payback periods.

As for companies who charge their customers for an annual subscription and annual prepay, the math is similar but the magnitude of the difference between the shorter and longer growth rates is muted relative to monthly payment, because the company will receive all of its customer acquisition cost back (in all but the 15 month case) up front.

These two advantages of shorter payback periods provide tremendous leverage to the business to manage for growth or efficiency, and consequently, investors are attracted to those companies. This math underscores why customer acquisition efficiency is so compelling.