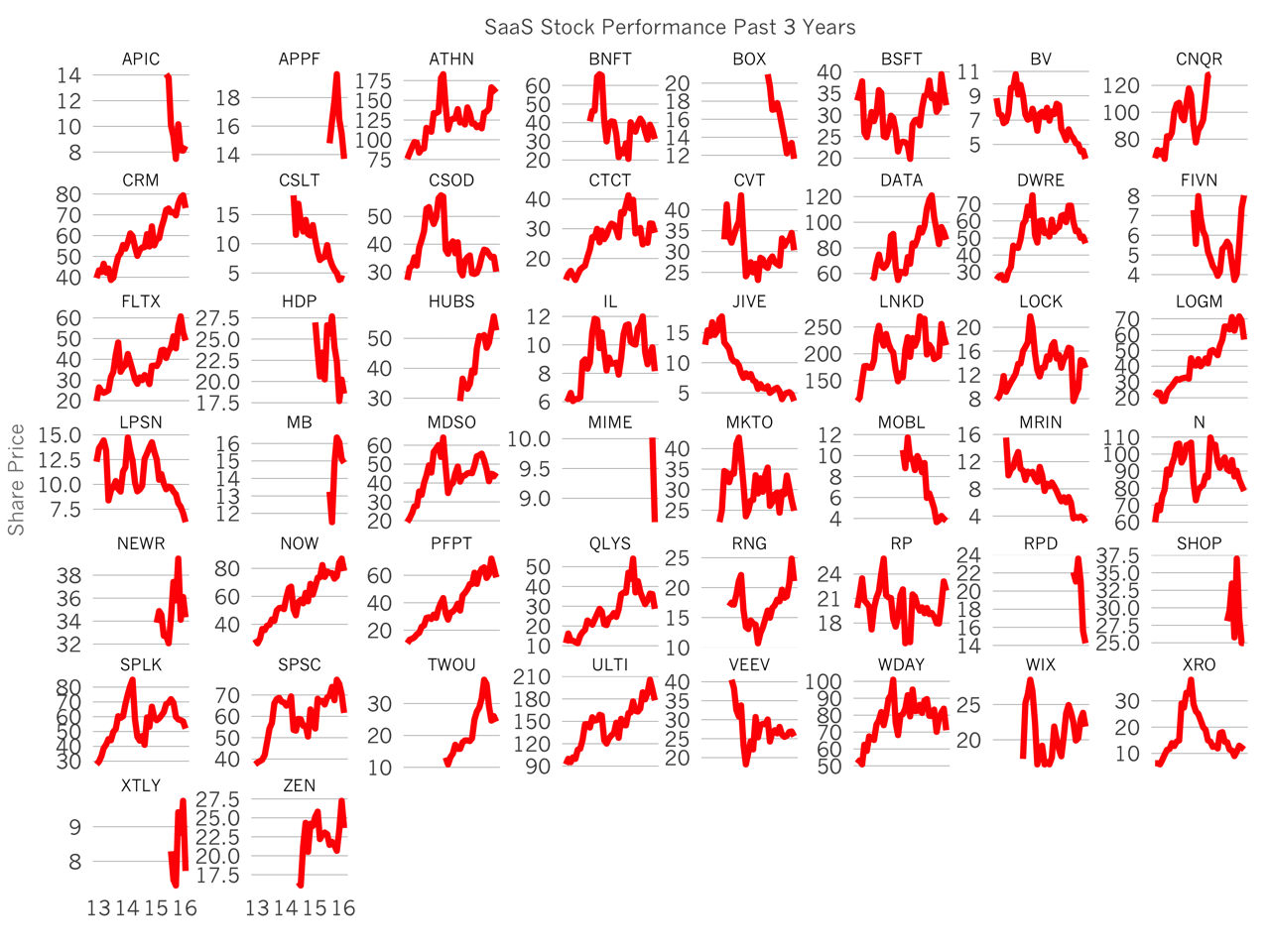 How have public SaaS companies fared in the public markets over the past few years? It’s been mixed. Over this three year period, 32 of 50 companies are worth more today than they were either at IPO or at their trading price three years ago. Of the remaining 18, 7 of those companies went public in 2015. It was a tough year for SaaS companies to go public. 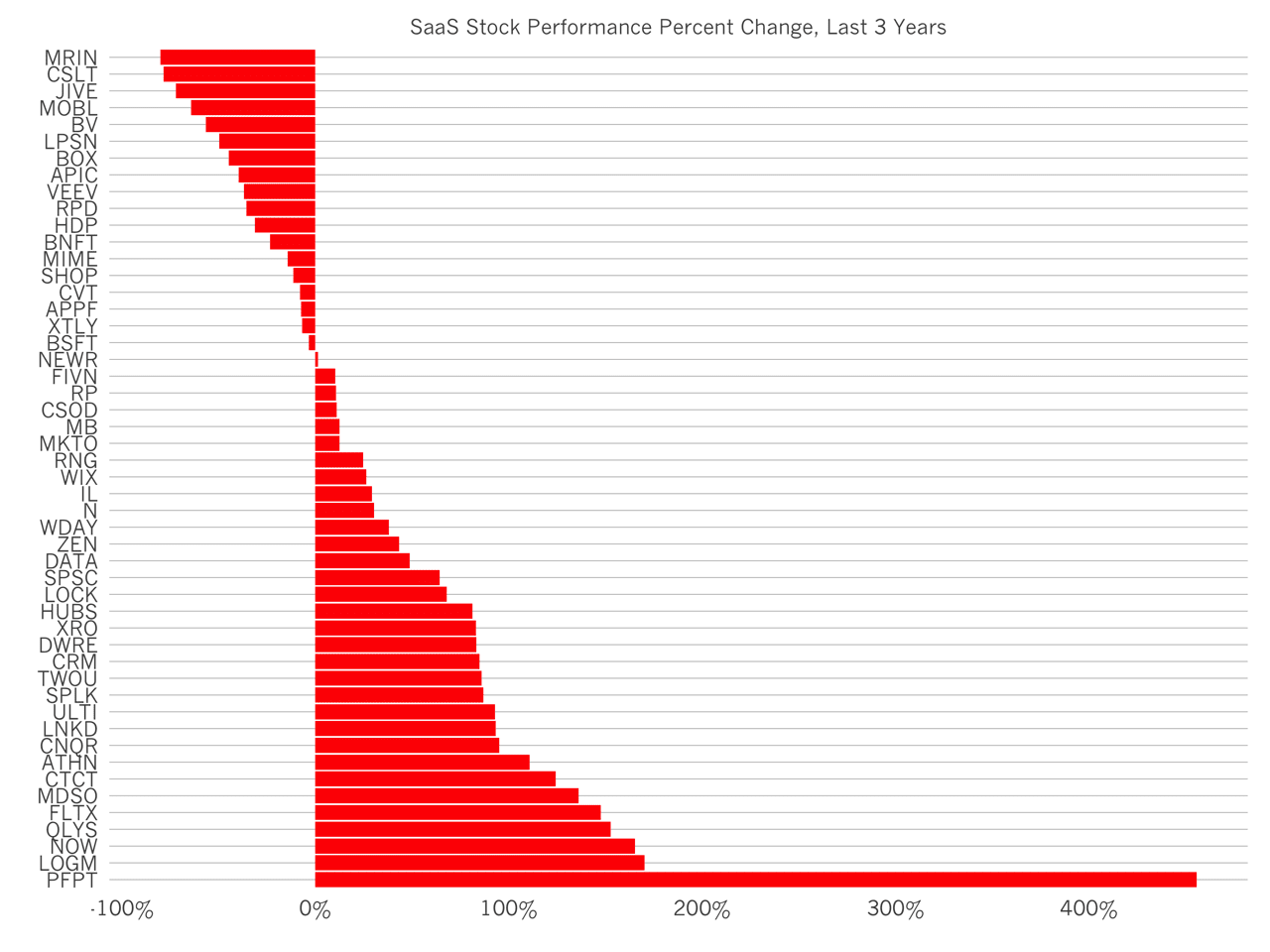 The chart above shows the stock performance across the three year period. Big winners include ProofPoint, LogMeIn, ServiceNow, Qualys and Fleetmatics. On the other end of the spectrum, Marin, Castlight, Jive and MobileIron have declined quite a bit. 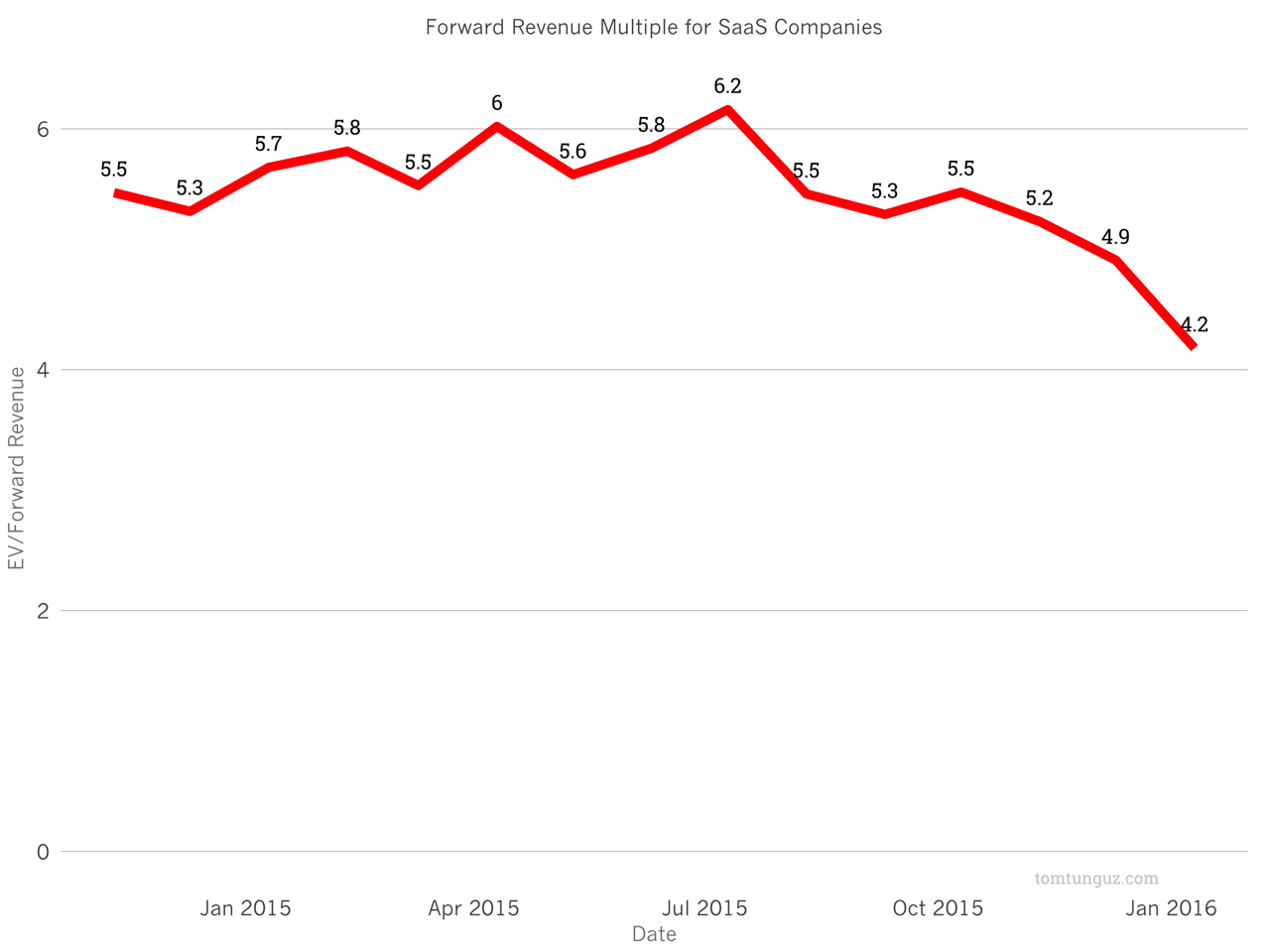 It’s not that these companies revenues aren’t growing and boosting the potential for a larger market cap. Rather public market investors value these companies at substantially lower multiples than in recent history. In 2014, investors paid a median enterprise value to forward revenue multiple of 7.7x for SaaS companies. Today, that number is 4.2x, a drop of 45% in two years. 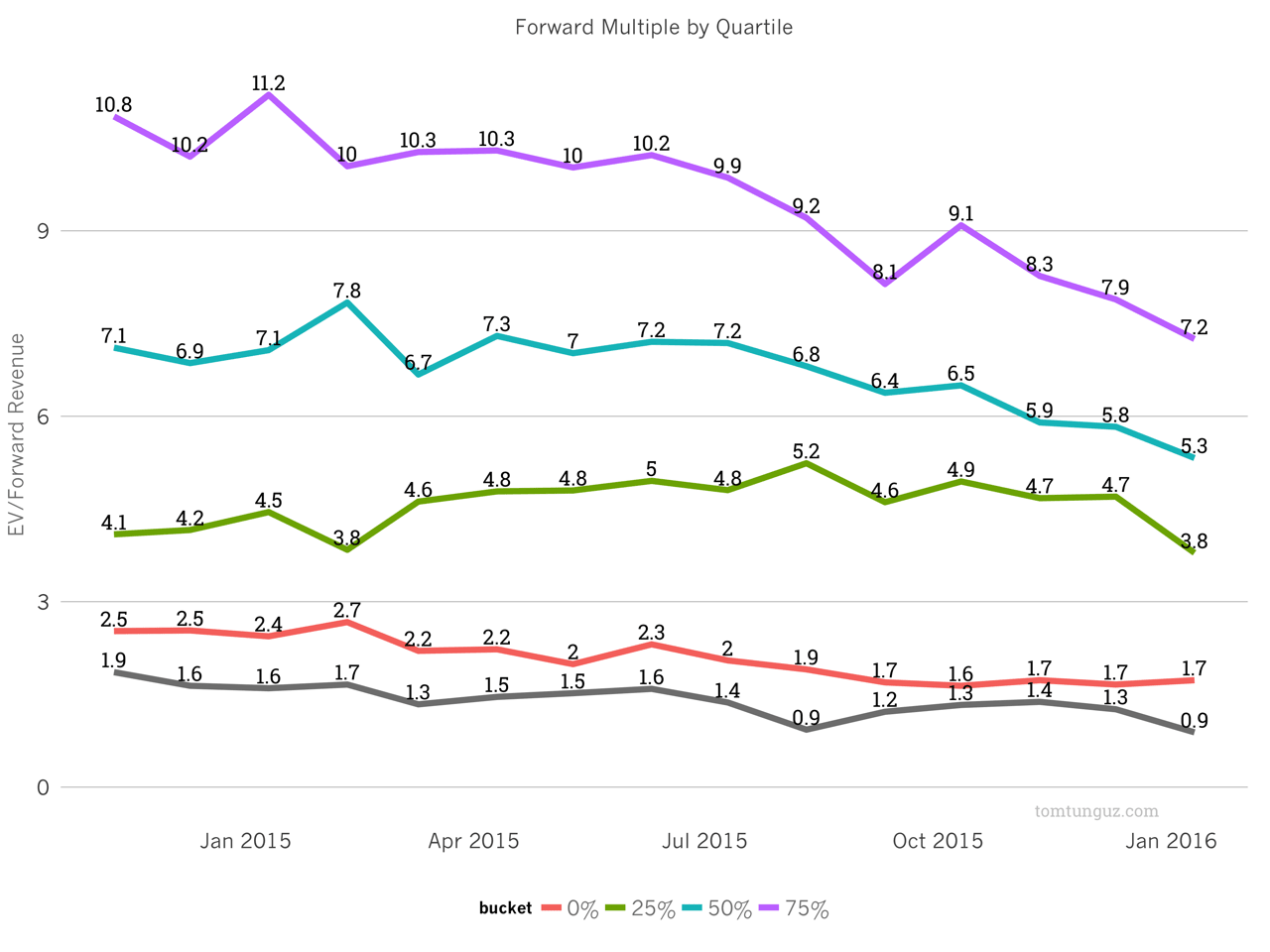 This deflation in forward multiples affects companies across the board, both the fast and slow growers. Looking at multiples by quartile, we can see the 75% multiple fetched in the public markets has fallen from 10.8x to 7.2 over the last 15 months. Similar drops have occured across the board. Typically, the faster growing companies obtain higher multiples.

Will this broad deflation impact the private markets? Our internal analysis shows that the private markets value premium SaaS companies at 15x forward revenues on average, which was 2x the public median, but is now closer to 3.5x the public median. So, on average, we should expect startup forward multiples to decline some over time. If investors keep investing in startups at the rates in 2015, then prices should hold. On the other hand, if the initial data on the rate of fourth quarter investment is accurate, which some services have calculated as a 15-30% drop, then perhaps pricing will adust sooner.

The bellwhether will be premium companies. At 15x, the ratio is still 2x of the top quartile their public peers. Will investors continue to pay this mark despite the broad based correction in the public markets? I suspect in many cases they will.

Returns from investment in startups are dominated by a power law, even in SaaS. There’s only one $50B SaaS company today. There are only 3 in the $10B range. The desire to get into the next category leader often overwhelms financial discipline, because if the startup becomes a $10B market cap company, then the multiple at the early rounds may not matter.