When Do SaaS Startups Hire Their First VP of Sales 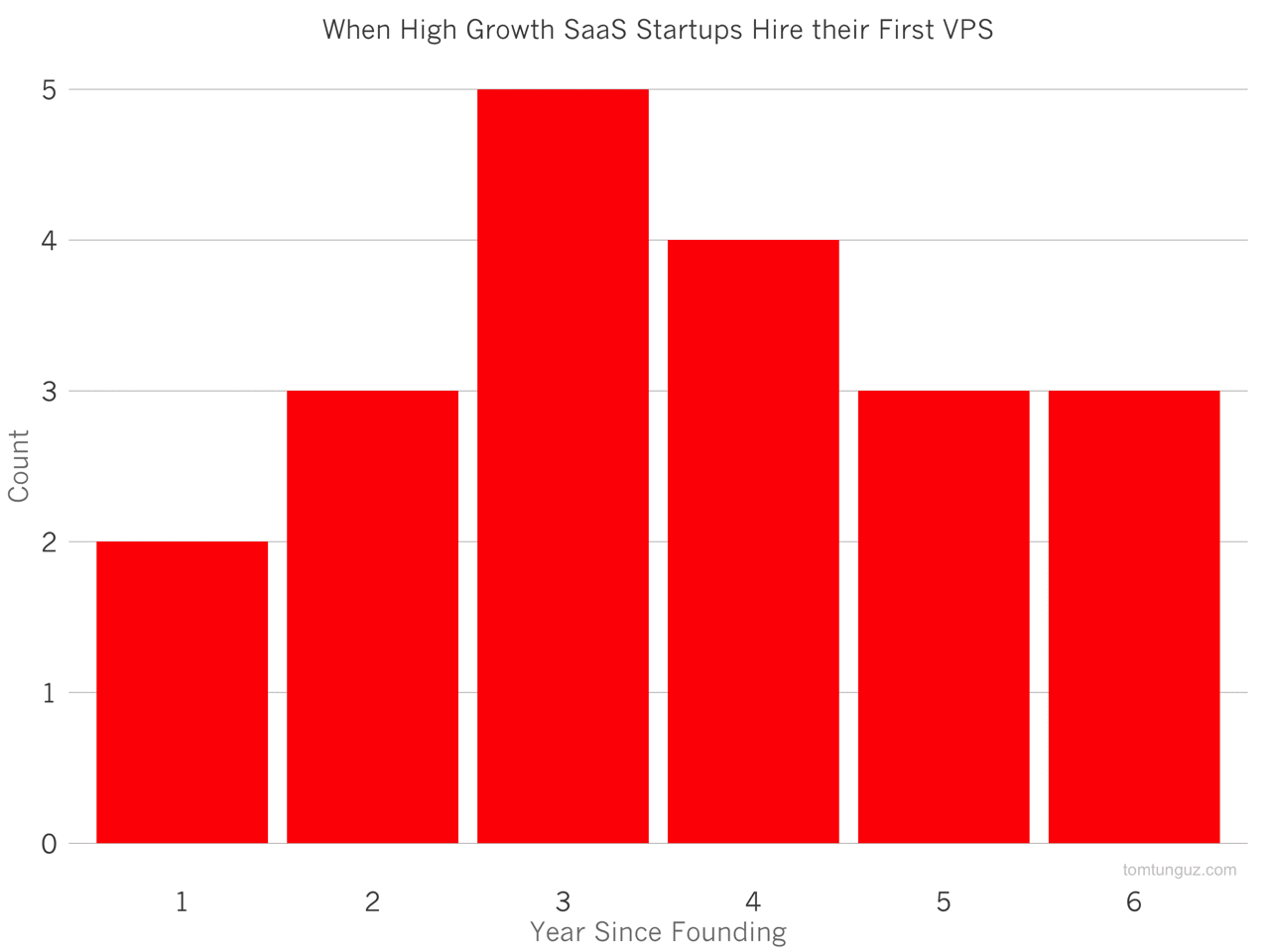 The prevailing wisdom for hiring the first VP of Sales is roughly $1M in ARR, or whenever the company has figured out some repeatable sales process. The rationale behind this advice is, at this point, the company needs someone to build recruit, incentivize, coach and manage the team that will grow to acquire more and more business. While that all makes sense, I was curious to see if startups do this in practice, and whether the timing of the VPS differs by ACV.

I catalogued the first VPS hire for about 20 fast growth SaaS companies founded in the past five or so years, and compared it to the date they were founded. The histogram above shows most of the time, fast-growth SaaS companies hire a VPS in the third year after they were founded. Since it can take 3-9 months to find a great VPS for the company, this means these startups began their search about 2 years in. 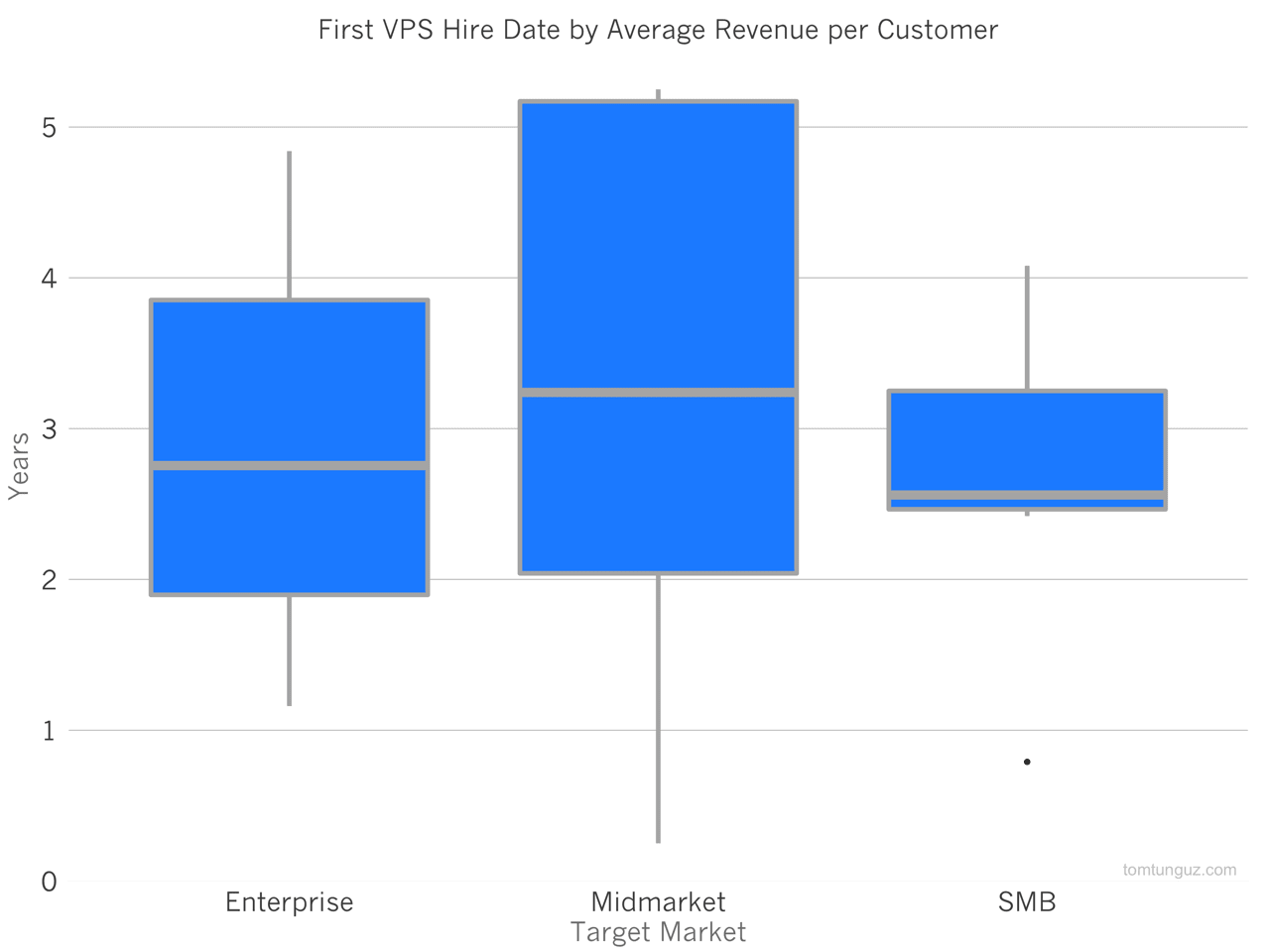 This pattern of hiring a VPS about three years after the founding of the company transcends the average revenue per customer. Each startup fits into the SMB bucket of Average Revenue per Customer < $15k, Enterprise of ARPC > $100k, and Mid-Market, which is in between. Just a reminder about box plots: the top part of the box is the 75% percentile, the bottom part of the box is the 25%, the middle is the 50% and the lines show the range, and the dots indicate outliers.

Regardless of the typical size of these SaaS companies’ customers, the typical company hires the first VP of Sales in the 2.75 year to 3.25 year span. There’s no statistically significant difference across these buckets. Before this analysis, I would have suspected that Enterprise-focused companies would have brought in a VPS much earlier, since the sales cycles are long, the stakes are high and a relevant rolodex is valuable at the outset. But this clearly isn’t the case.

While this chart doesn’t show ARR information, we can’t validate the $1M ARR advice. But the data is very consistent with the timing of when a fast-growth company should achieve those revenue numbers. The typical SaaS company will be founded, develop a product, find some customers, raise a seed 9 months later, learn a bit about the sales process, raise a Series A 12 months later and then start a VPS search. And often it’s the cash from this second round that enables the company to afford a VPS and the sales team.