The 100x ARR multiple might be the fundraising meme of 2021. Before, most investors used forward ARR multiples to value companies, but recently, the 100x multiple seems to be a benchmark for SaaS companies raising rounds.

Where did this figure originate? How does it compare to the public markets’ valuation of companies? 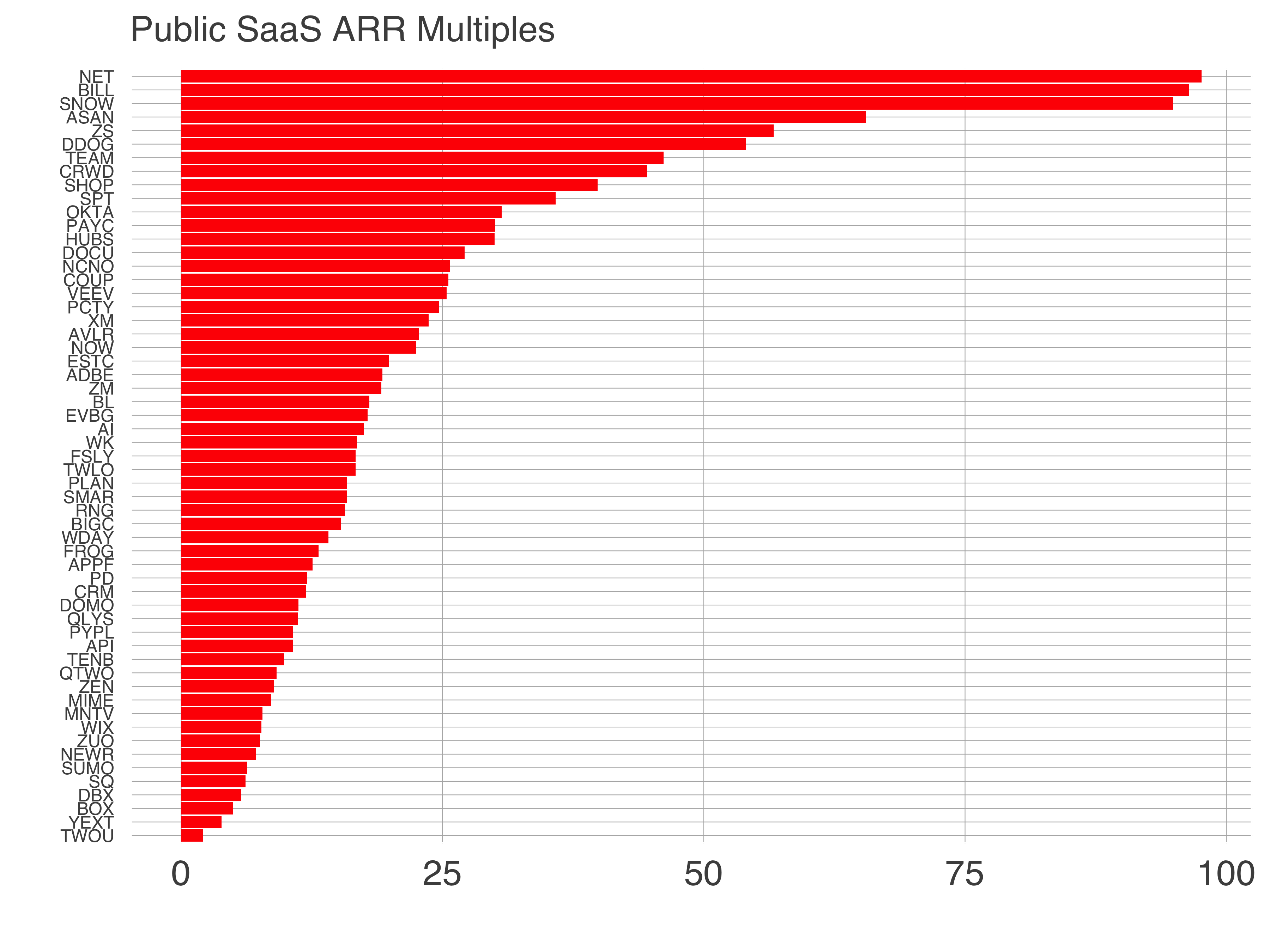 Let’s look at the data. Here are the estimated ARR multiples for public SaaS companies. I estimated ARR as the annualized revenue of the most recent fiscal quarter.

The distribution of enterprise value to ARR multiples parallels those of EV/NTM revenue in a few ways. First, the range is similar: 2 to about 100. Second, the correlation between the two metrics and revenue growth is identical at about 36%. Third, there’s a power law shape to both data sets.

I don’t know if the market has decided to afford highly sought after ARR multiples by looking at this data. But the data suggests a company commanding 100x ARR is supported by the market, if the startup is in the top 5% of businesses. 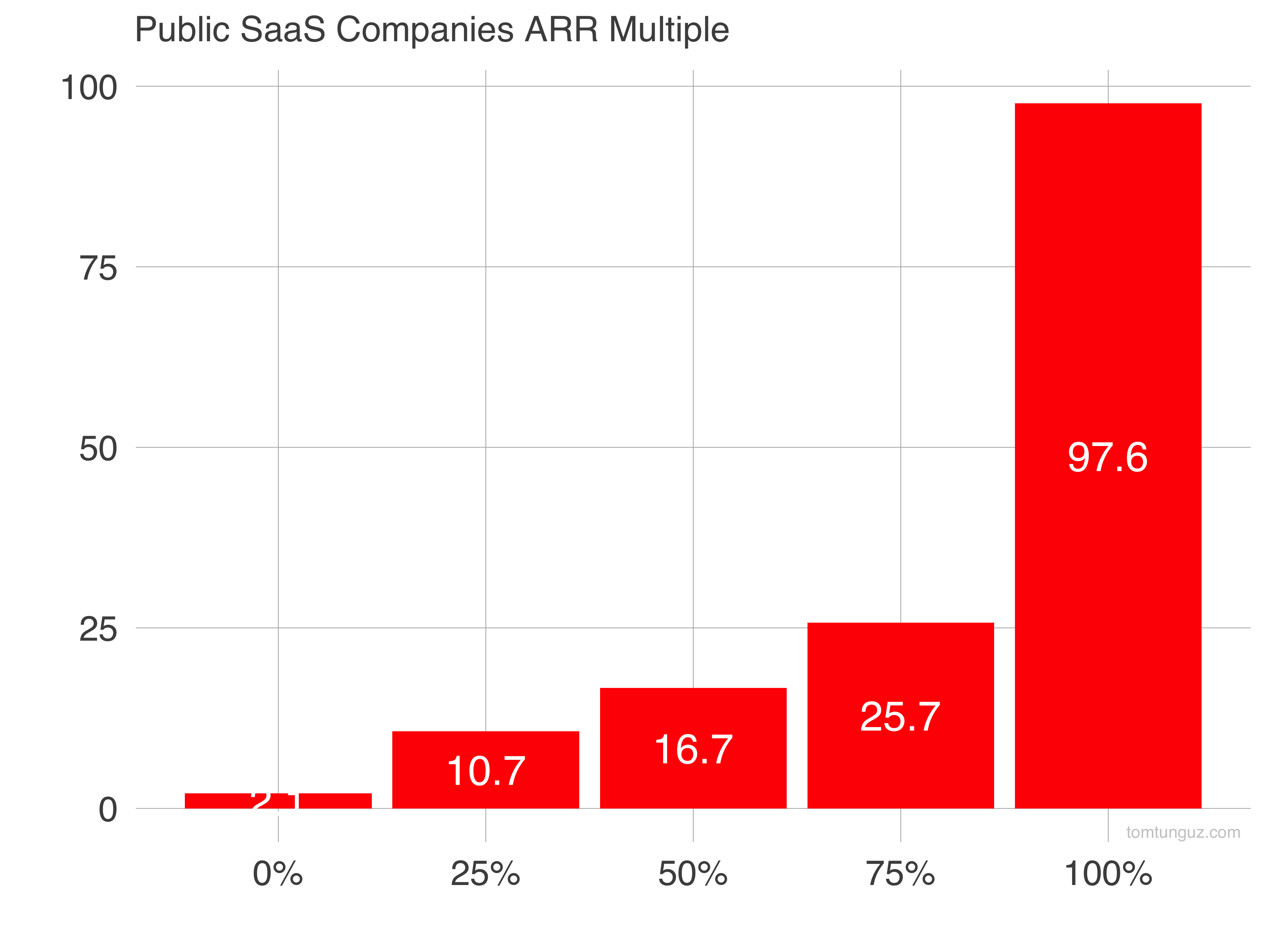 The quartile distribution of multiples tells a different story. The 75th percentile multiple is 26x ARR and the median is 17x.

Of course, these multiples are for public companies; anyone can buy shares. The private market has a pattern of paying premiums to public figures because access is the scarcest commodity in startupland. The question before most investors today is: how much of a premium to pay?

It depends and the premium implies the number of years of perfect execution the investor credits the startup team. The greater the premium, the greater the future forward expectation of performance.
The market is observing investments fetching 200, 300, 400x ARR, sometimes more, so the premium can be substantial.

Is it warranted? We’ll know in the fullness of time. Not every company will be as successful as those who top the list in the charts above and achieve billions in revenue growing 70% or more annually.

I wonder if it’s the right metric long term. Unlike the forward ARR valuation method, this technique doesn’t normalize for forward growth which means there’s information lost in the figure.

Regardless, the 100x ARR multiple seems to be a benchmark in the industry today. It has some foundation in the public markets, but assumes quite a bit of forward execution.

Hex - The Best Product for the Technical Analyst