What Could the Venture Market Look Like in the Coronavirus Era

What could happen to the fundraising market in the coronavirus era where organizers cancel events, the financial markets suffer from a bear market, and there is a lot of uncertainty? The most recent event to use as an analogy is the 2008 financial crisis. In 2008, I had just joined the venture industry, and then Lehman fell. So this was a bit of a trip down memory lane. Let’s look at the data. 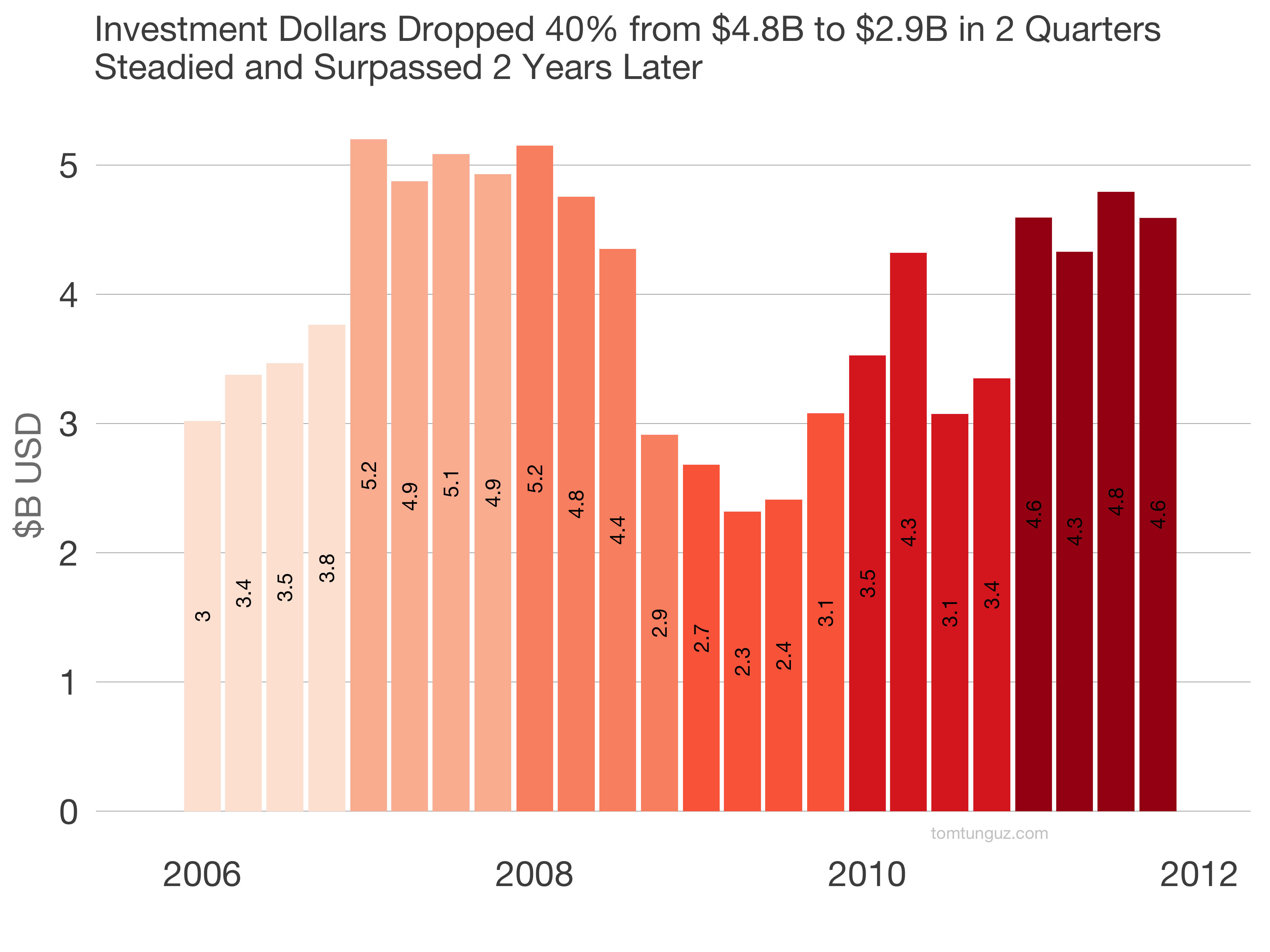 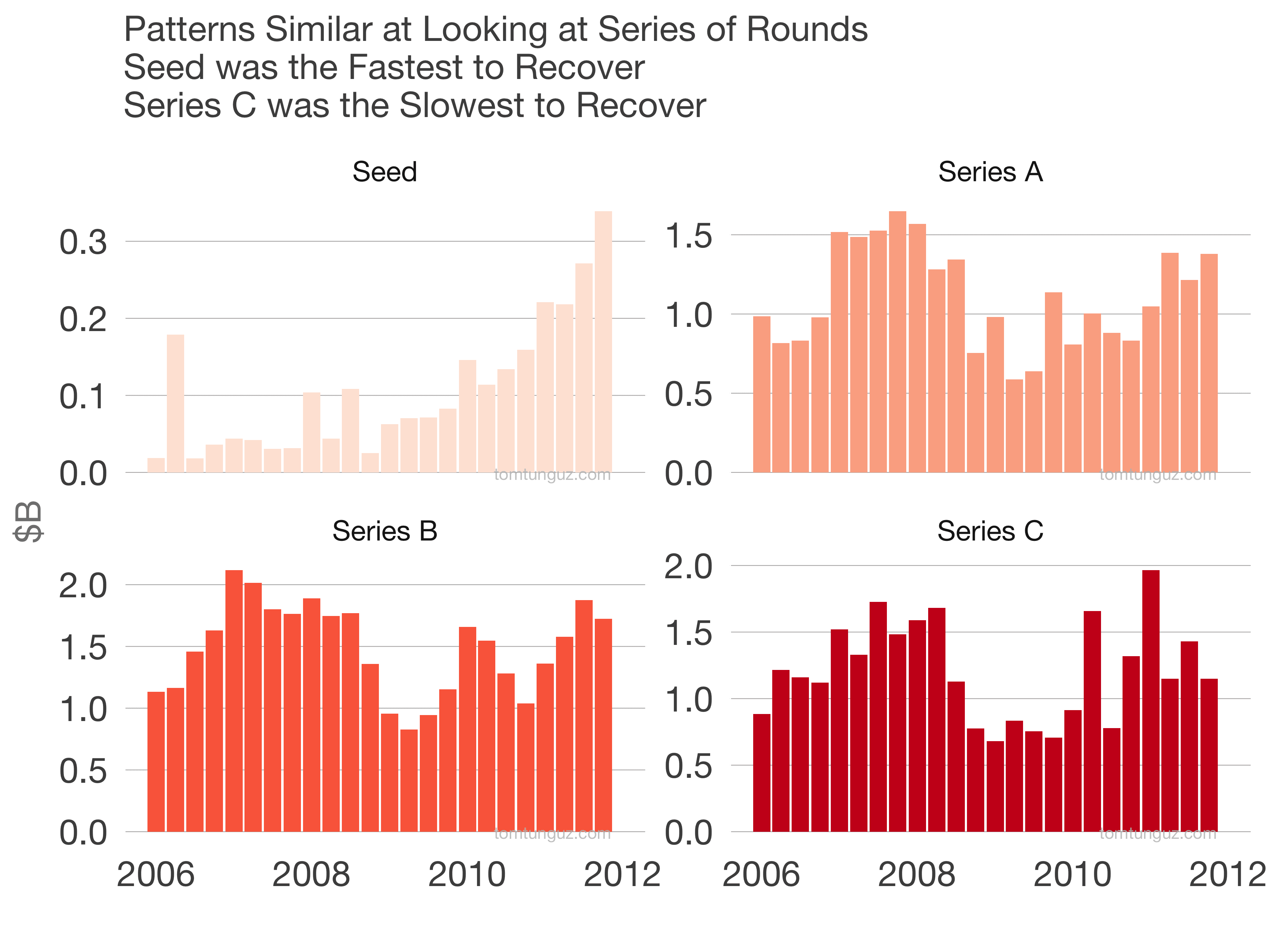 Let’s break down the trends by series. The earlier the stage the company, the less it was impacted. That’s clearest in the seed chart. Seed investments suffered a 50% fall in Q3 2008, but the market came right back in Q4 and continued to increase in volume. This might be for a few reasons: valuations fell, no need to reprice/recap companies, and typically recessions are great markets to start startups.

The Series A market started growing in Q4 and then grew steadily through 2012. The Series B market had a nice resurgence as well, followed by a retrenchment in late 2010 and then another surge. The Series C was the most recalcitrant to recovery. I suspect this is because there was a valuation reset and the market needed to adjust more than in earlier categories. 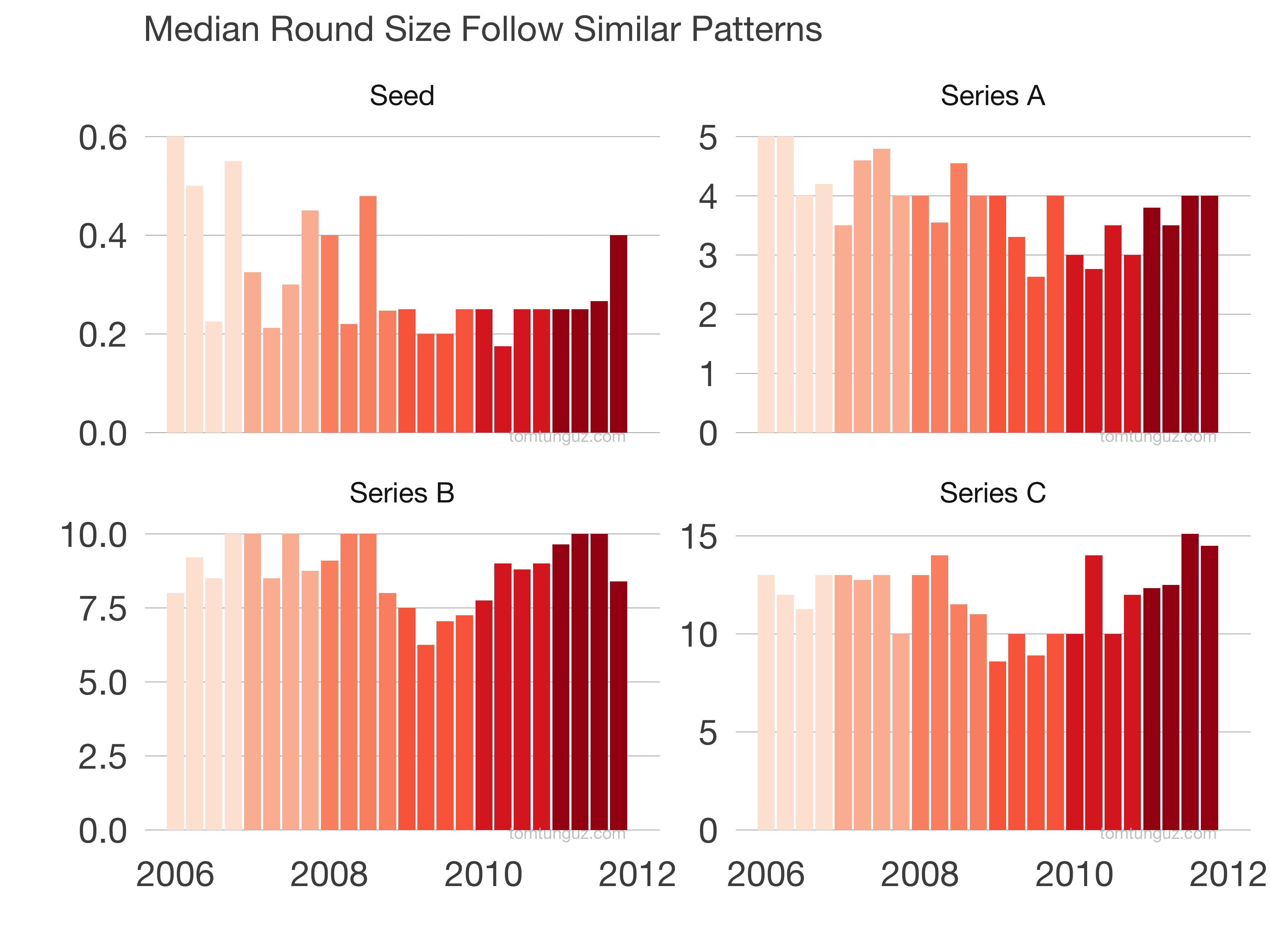 This chart shows median round size over the same period. We can use median round size as a proxy for valuation because typically, VCs buy a certain amount of a startup. Seed rounds stayed constant at $300k (different era!). Series A round sizes fell from $4M to $2.6M (a 35% drop) and then rebounded over the next 8 quarters. Series B rounds fell from $10M to $6M. Series Cs fell from $14M to $8.5M (a 40% drop). 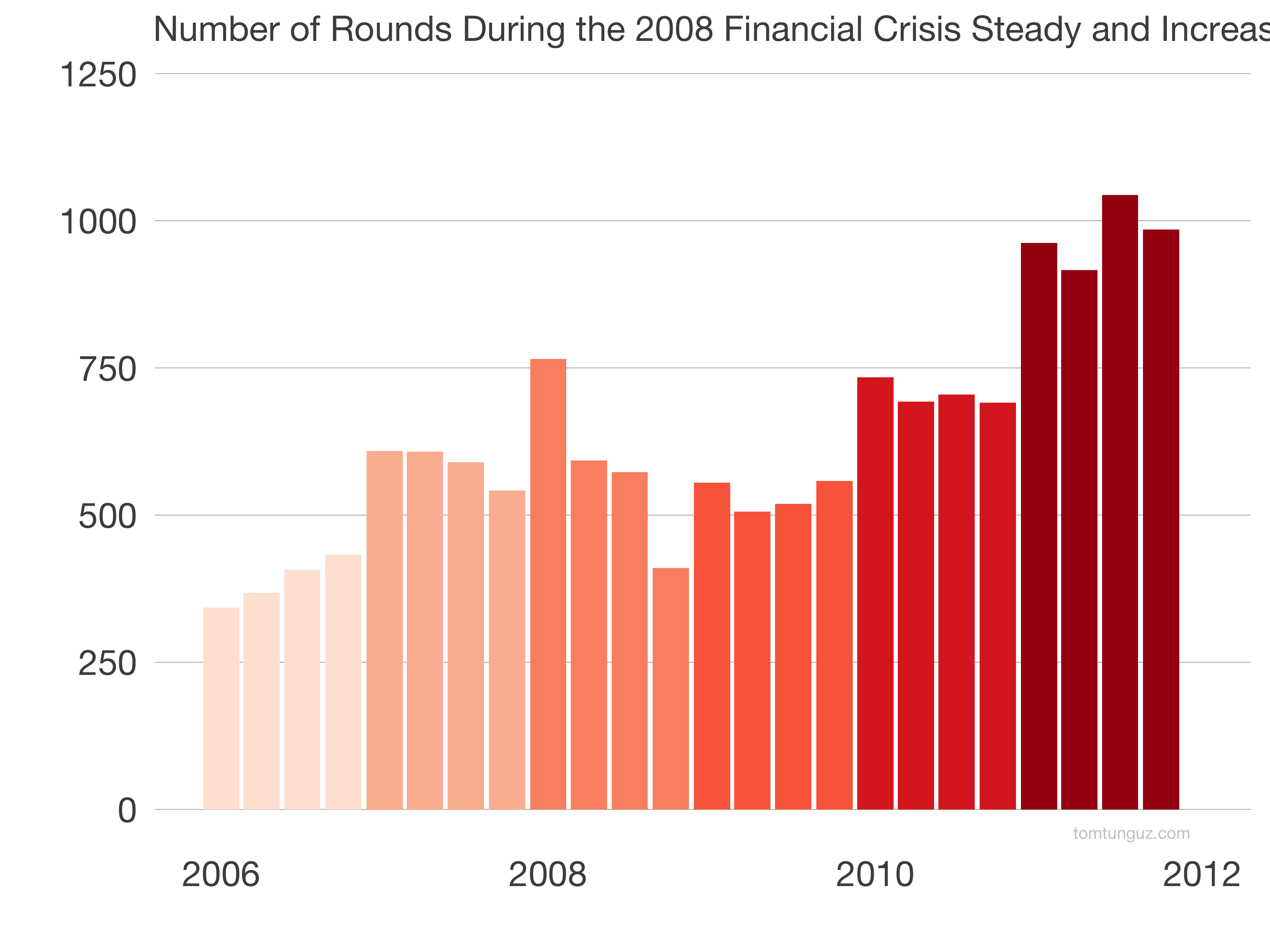 By deal count, however, it was business as usual across the early fundraising rounds by count. Aside from Q3 2008 which saw a dip, VCs were still investing in as many rounds. Valuations and round sizes were the main contributing factor to the decline in VC dollars invested.

In a more challenging financial environment, startups typically burn less, so they grow less quickly. Slower growth means slower appreciation in company value, so the valuation multiple on ARR should be less. At least that’s my theory.

Comparing one crisis to another is one way of trying to gauge the potential impact, and it’s a bit dodgy because so many things are different. If history is a guide, though, we can look to the 2008 financial crisis. In 2008, the venture market saw depressed valuations for 18-24 months, but a similar deal velocity.