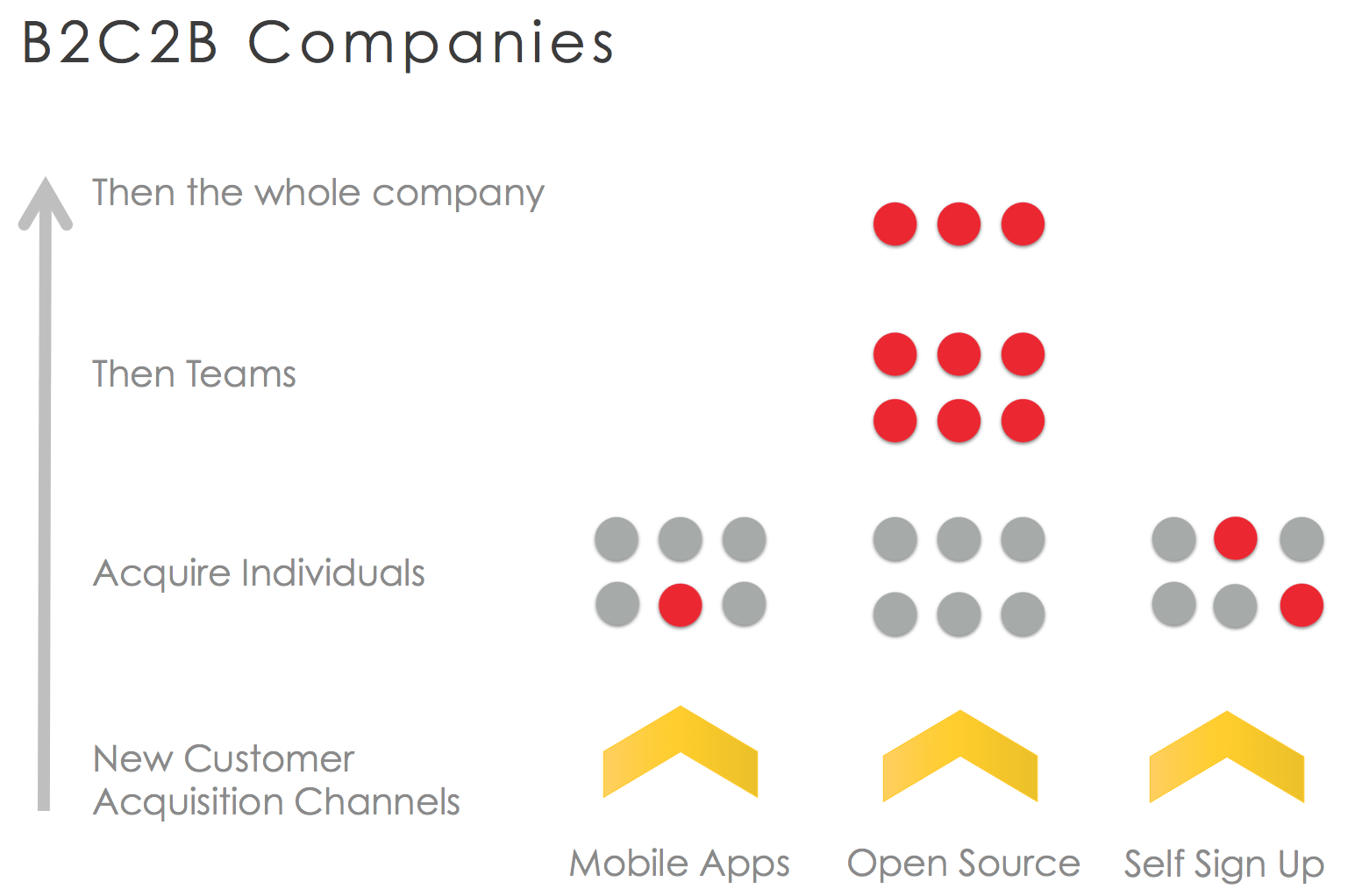 This week, an entrepreneur told me his startup is a B2C2B business. It was the first time I’d heard this acronym, and I thought it was a genius moniker. B2C2B (business-to-consumer-to-business) succinctly captures the critical part of the new customer acquisition model powering many enterprise startups: winning hearts and minds of the intermediate consumer, the employees of a company.

B2C2B models are behind much of the innovation in every part of the enterprise stack, from applications to platforms to infrastructure.

In the application tier, companies like Expensify and Tact use mobile app distribution to acquire end users (the C) in large enough quantities to eventually convert a team, division or an entire enterprise into a paying customer (the B).

In the infrastructure tier, Redhat, Cloudera and MapR build momentum and distribution in the open source community to attract developers to use and deploy the software. Again, they sell through these developers to close enterprise contracts.

The power of the B2C2B model hinges on the influence of the C in a sales process. If a startup can convince either a large number of employees in a company to use a product, or if they can convince a few of the right people that this is the right product for them, that startup benefits in two ways.

First, the startup knows precisely which of their potential customers are primed to buy. Second, the startup’s sales team has a powerful social proof argument to drive the sale through. Both of these advantanges result in faster sales processes with higher close rates, enabling a business to grow more efficiently.

It’s about time this bottoms-up sales model were more broadly recognized for the disruptive force that it is. In addition to all the financial success many of these companies enjoy, perhaps the B2C2B acronym will further spread the gospel of influence driven marketing and sales in every part of the enterprise stack.