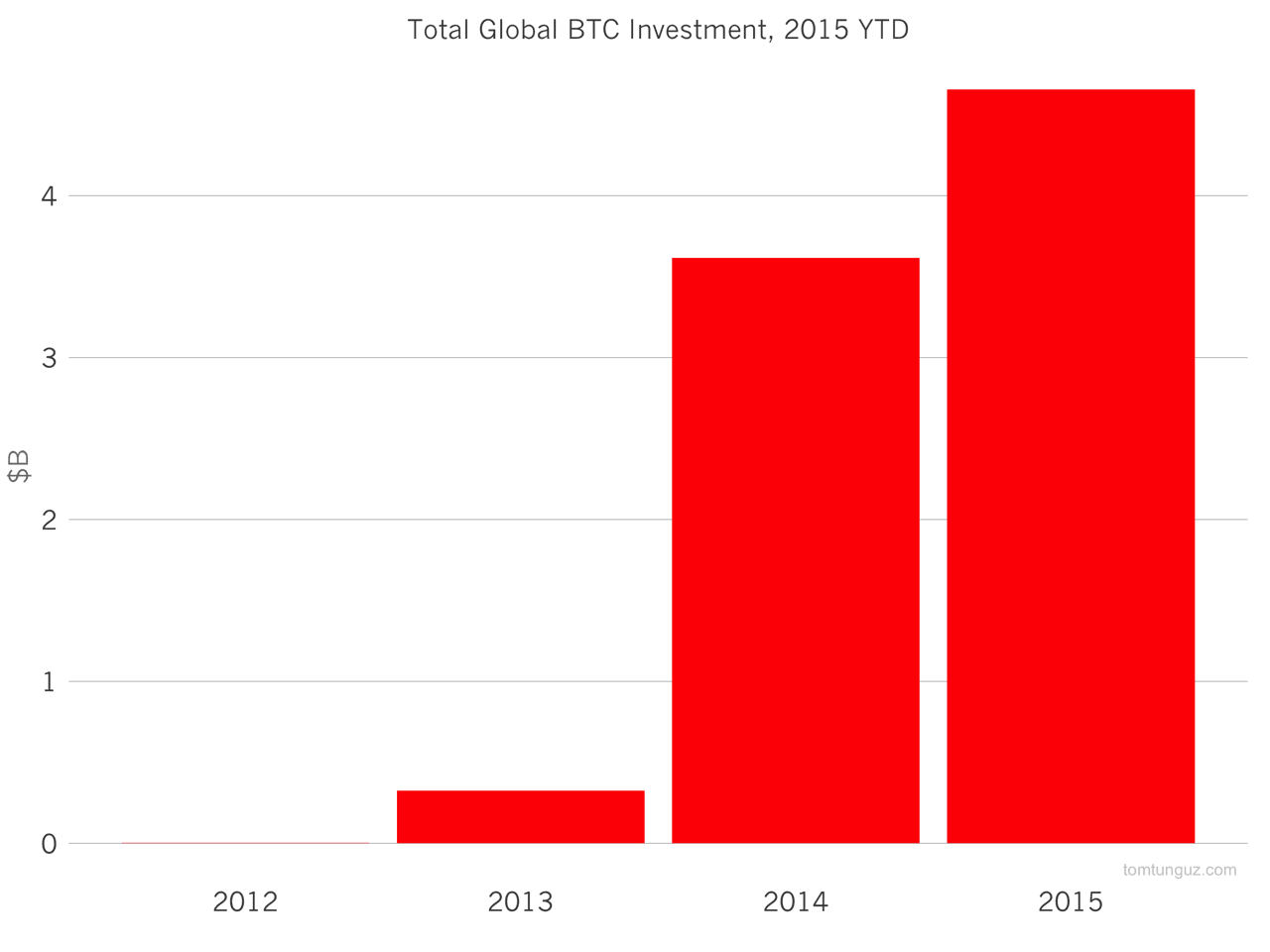 In response last week’s post on The Fastest Growing Areas of Startup Investment in 2015, in which Bitcoin topped the list, I received many questions about the underlying dynamics of this startup segment. Which regions? Which stages? How much is going into Bitcoin companies. Using Crunchbase data, I analyzed BTC investment patterns over the past 4 years. 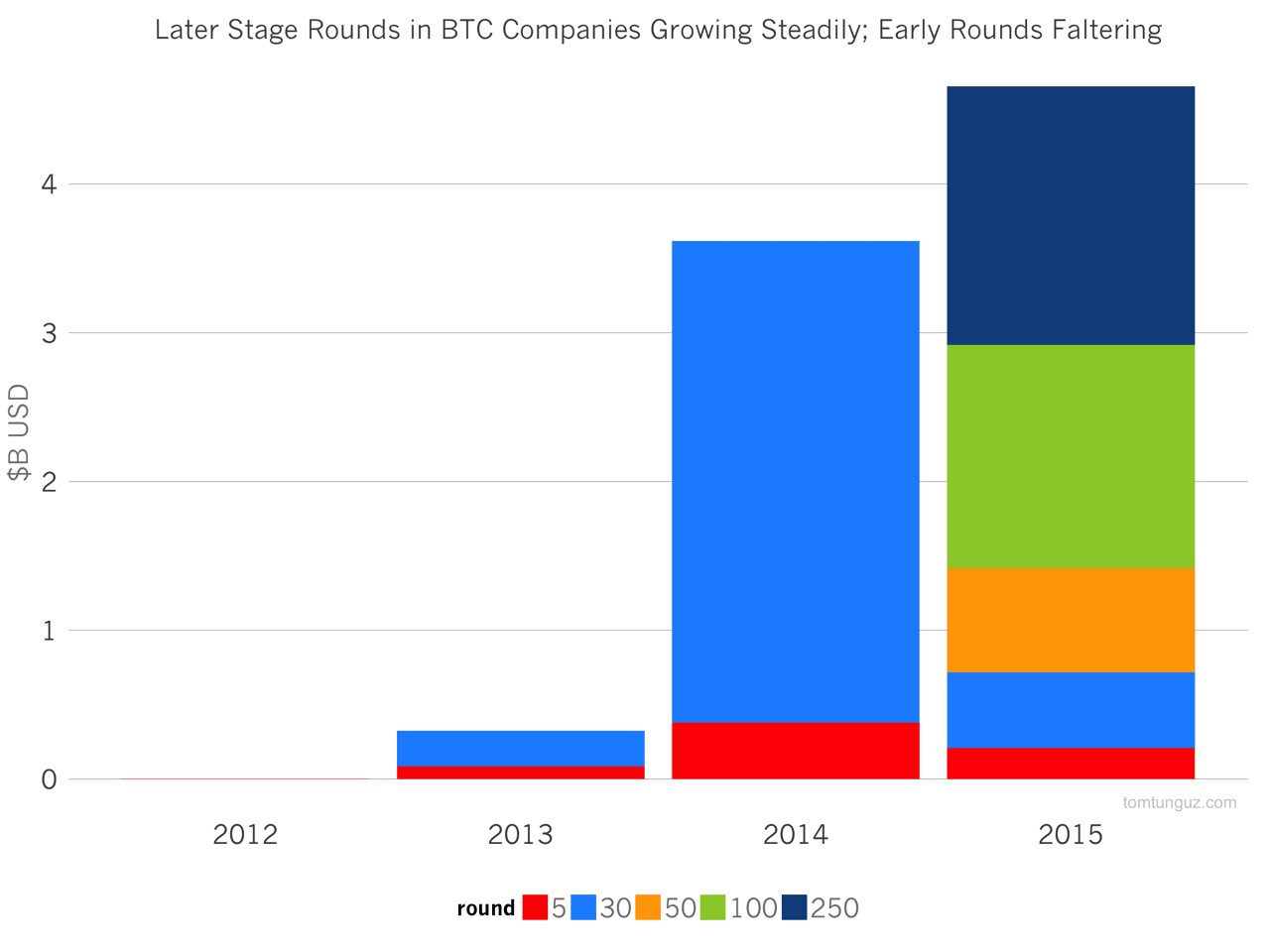 Megarounds have taken their place. Larger than $30M rounds now account for 73% of dollars invested in BTC companies. As the early wave of Bitcoin companies have matured, the early winners are benefitting from a vibrant late stage investment market. In the meantime, it seems, early stage investors are waiting to see how those companies fare.

There are many different points of view on the future of Bitcoin. In countries like Argentina, Bitcoin has become a vital part of the daily economy. In the US, BTC has relatively small adoption. Some point to the innovation of the blockchain and the impact this distributed, secure transactional technology will bring to contracts. But it’s still early.

I believe that Bitcoin will be a transformational technology. But it will take some time for the innovation to be brought to market in a way that people understand and value.

At least for now though, the early winners of the Bitcoin startup sector are finding later stage capital in droves, while the early stage companies face a leaner environment than 2014.