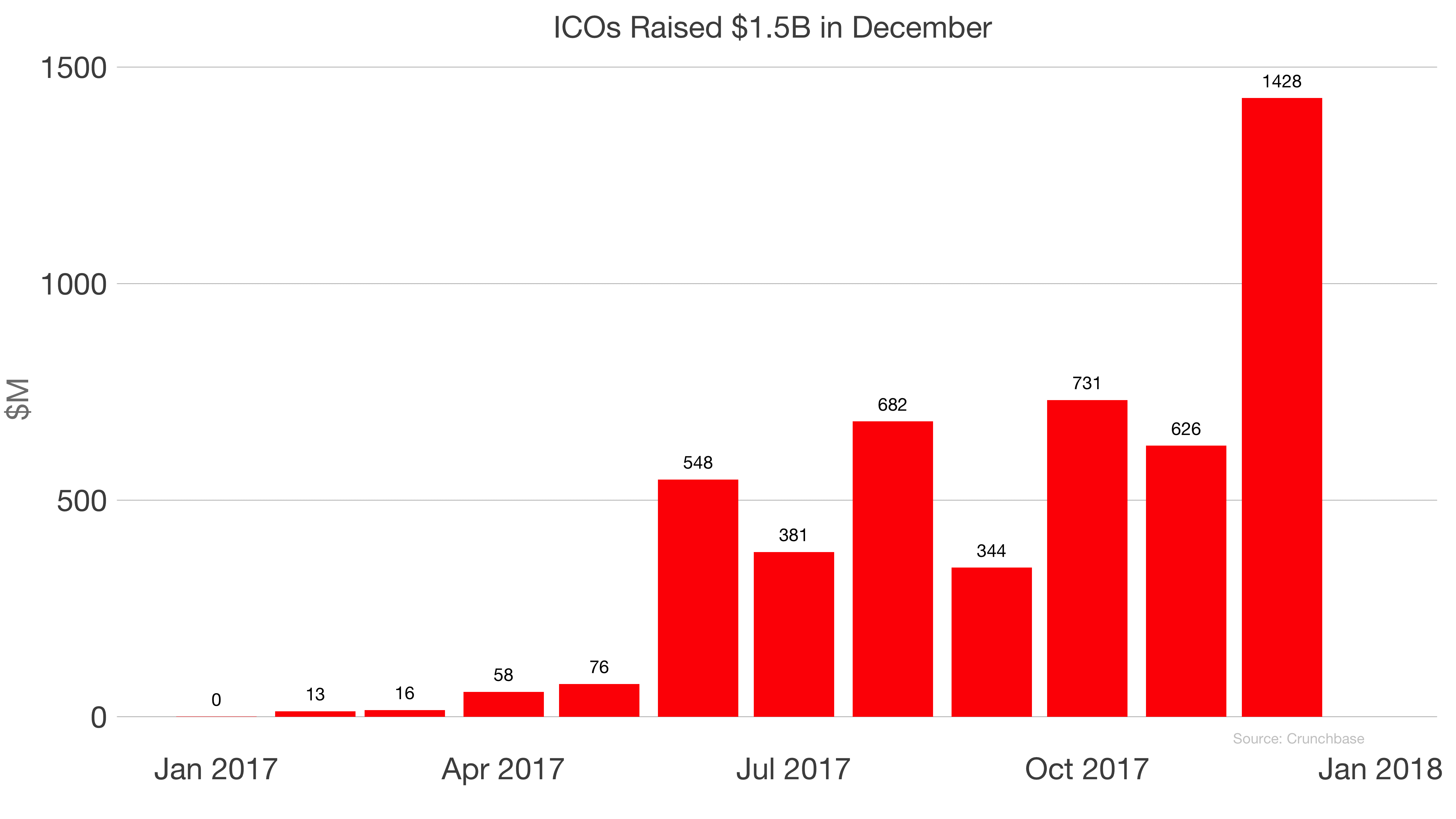 In December 2017, the amount raised in ICOs nearly equaled the amount raised by Series A investments globally. The technology innovation catalyzed by Bitcoin and Blockchain is creating many multibillion dollar economies quickly. The ICO market today bears many similarities to the dotcom era. Startups can raise hundreds of millions of dollars on an idea. Twenty years ago, the idea had to be sketched on a napkin. Today, the protocol must be detailed in a white paper. But the ability to access huge amounts of capital at a similarly nascent stage is identical.

Like the dotcom era, most of the companies raising huge sums in ICOs will not endure. But they are a critical part of the evolution and maturation of the market and the technology, because these businesses will further the ecosystem to finding valuable applications of distributed ledgers and databases.

In the early 2000s, the billions of dollars invested enabled the Internet. They financed the development and deployment of switches, routers, modems and the installation of copper lines to connect new data centers. Without that capital backing, the rollout would have taken much longer.

Typically, large capital expenditure (capex) investments aren’t attractive startups for venture capitalists to back because the returns on equity aren’t very good. Look no further than the cleantech wave in the mid-aughts to prove the point. But in environments like the current one and with the innovation of an ICO, bold, high-capex bets are possible again.

About a third of the ICOs in 2017 raised some form of institutional capital before ICO. Presumably, they used these funds to pay employees before the ICO. The median ICO raised $15M, but the top few raised $100M or more each. ICOs create are a form of non-dilutive financing that incentivizes the network to participate.

Imagine a theoretical internet service provider that uses quantum entanglement to send packets around the world at 10 gig speeds. With a small venture round, a big ICO, and the distribution of tokens to the ISP customers, such a business could conceivably be financed today (ignoring the scientific questions of productionizing entanglement).

In addition to the ICO market, the venture and private equity markets are flush with capital. We’re in an era that has the cash, the willingness and the protocols to finance fundamental and massive change in a way that we haven’t seen in a generation.