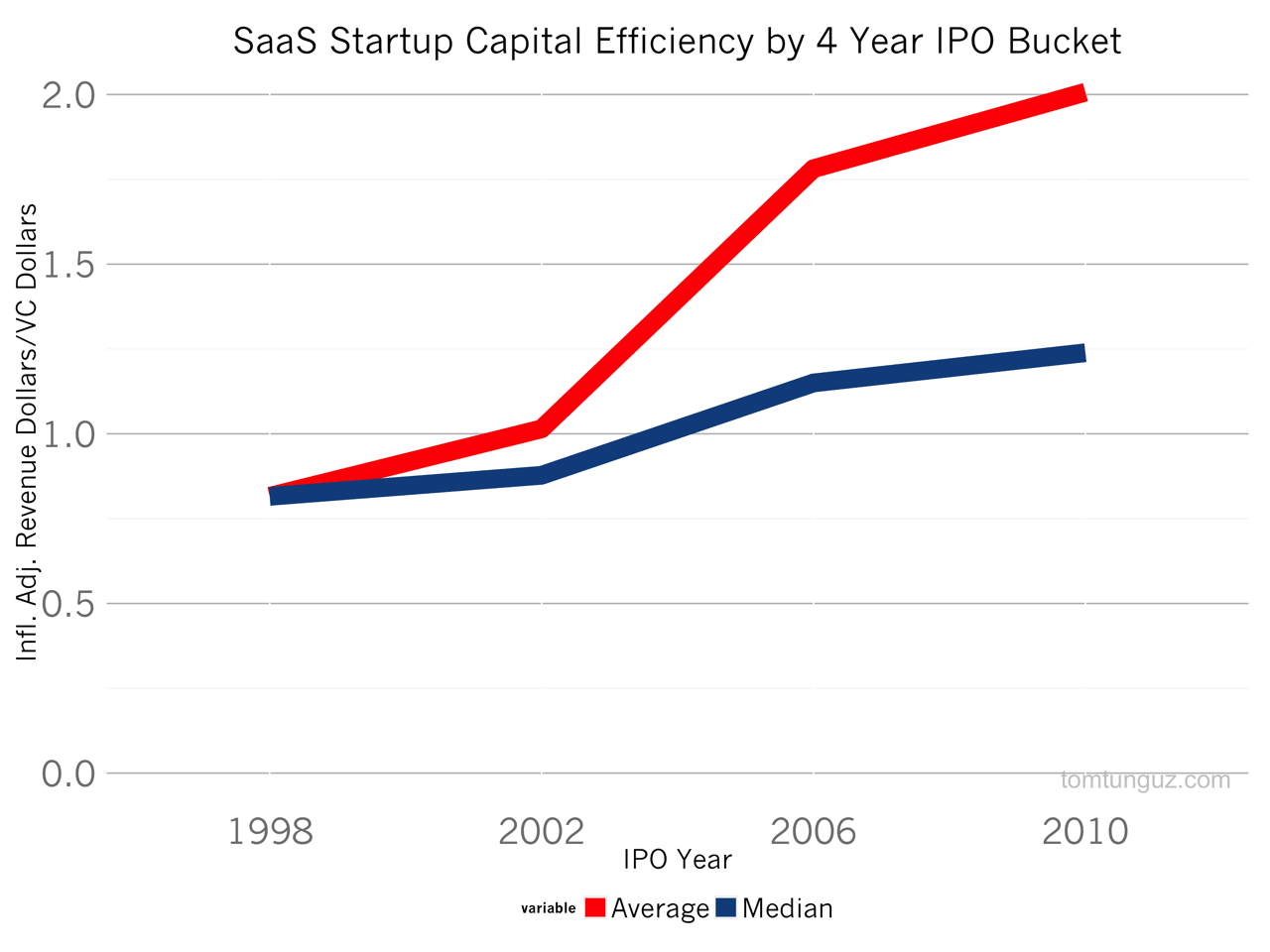 Last week, we analyzed the fund raising history of billion dollar SaaS companies and determined SaaS startups are raising nearly twice as much capital as 16 years ago before going public. Given that trend, I wondered if there is there any truth to the idea that startups today require less capital than before to succeed.

To answer that question, I’ve taken the same basket of public SaaS companies and computed a revenue-on-invested-capital (ROIC) across the four 4-year IPO cohorts from 1998-2014. The revenue-on-invested-capital is the revenue at IPO divided by the venture dollars raised pre-IPO, inflation adjusted and measured in 2014 dollars. In other words, the efficiency score marks the number of venture dollars invested to generate one revenue dollar at IPO-time.*

Before 2002, the median ROIC never exceeded 0.9. But afterwards, in both the 2006 and 2010 buckets, the median exceeded 1.15, indicating a remarkable increase in capital efficiency. The trend is more pronounced in the average metric which grew from 0.82 to 2.0 over the course of the same 16 years. Even more astounding, the number of companies in each bucket has increased, indicating that this increase in sales efficiency is broad-based.

Also of note, there are more outliers in the recent cohorts. These outliers, which ROIC scores greater than three, have much more efficient sales models than the typical SaaS company. They include BazaarVoice, LinkedIn, Medidata, SolarWinds,Tableau and Veeva. All of those companies were in the latter two IPO cohorts.

Below is the table of the data to show these trend in a bit more detail.

The average revenue-on-invested-capital has more than doubled during the 16 years, while the median ROIC has increased by 50%. While a t-test fails to prove with statistical significance that SaaS businesses are more efficient, the trend is certainly pointing in the right direction.

But the average and median are hiding an interesting phenomenon, a tale of two types of companies. Splitting the 2010 IPO cohort in two, the medians look very different. 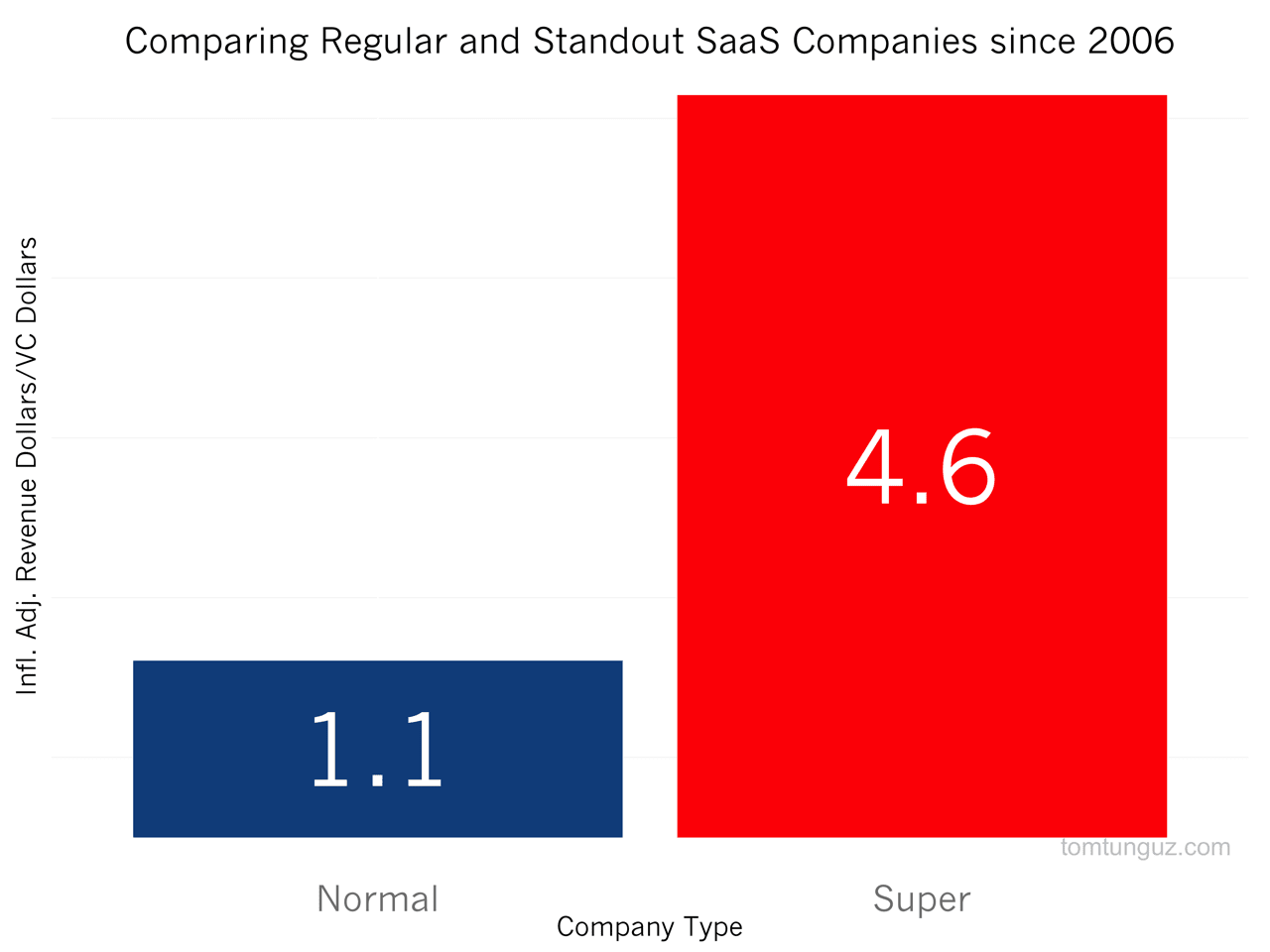 There’s a new breed of SaaS company that is far, far more capital efficient than ever before. Why? Over the past 16 years, the sales models for SaaS companies become better refined and startups have begun to benefit greatly from the reduced costs of building and deploying on cloud infrastructure. The resulting efficiencies have begun to shine in the financial statements and imply some terrifically successful and efficient SaaS businesses are yet to be built!

*Because Veeva is such an outlier, having raised $4.3M (inflation adjusted) and having generated $210M in the trailing twelve months of its IPO earning it a ROIC of 59, I’ve removed it from the analysis.