Why IPOs, Direct Listings, and SPACs Will Flourish in Startupland

What if we could compare the relative valuation multiples of public and private high growth software companies? What conclusions could we draw? It’s possible with some estimation. To estimate ARR for a public company, we annualize the analyst consensus estimates for the revenue 4 quarters from today. 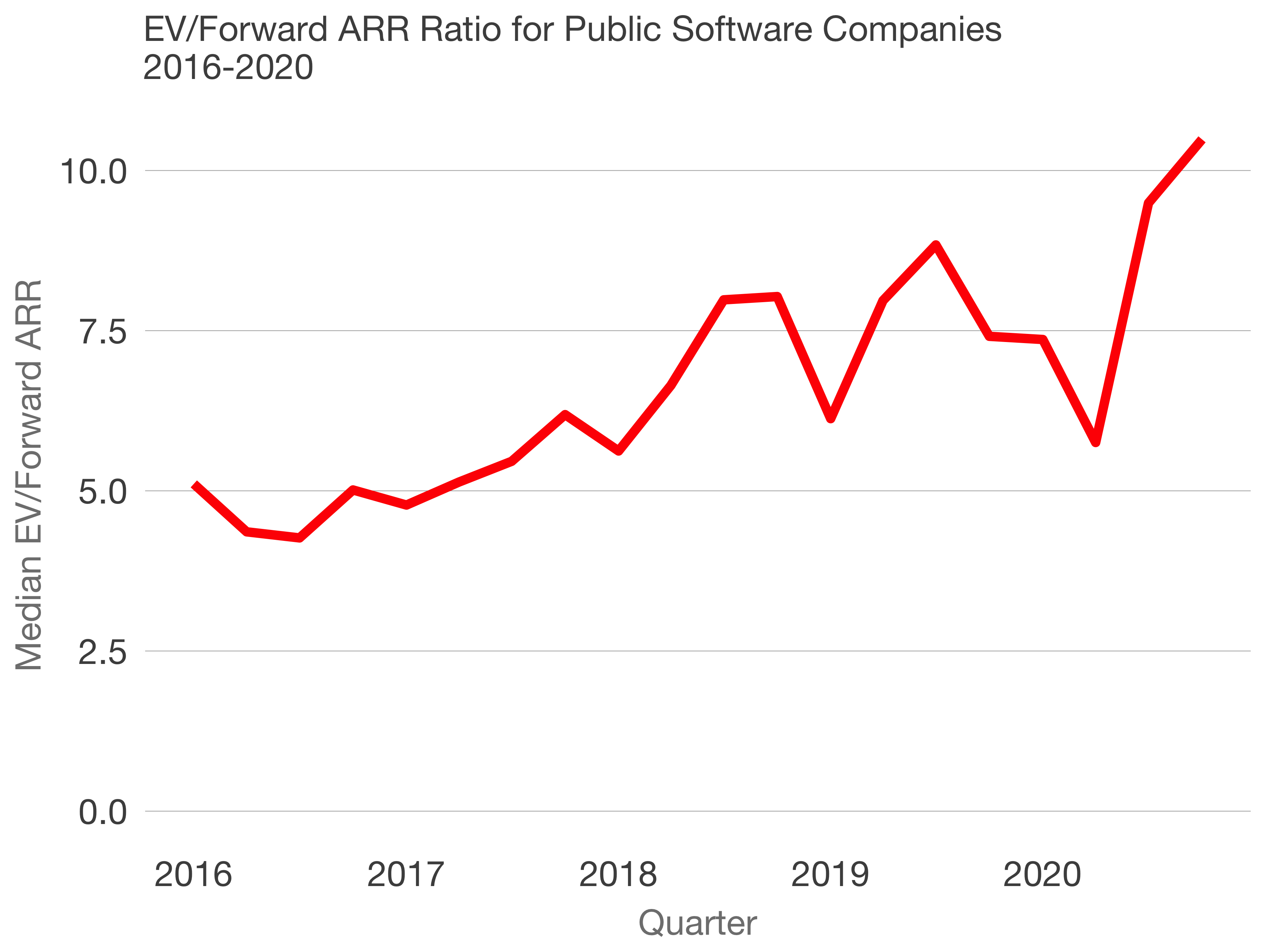 The chart above shows the median enterprise value to forward ARR value since 2016. It hovers around 5x until 2018, then spikes to 8x, and despite some volatility, reaches its current zenith at a bit more than 10x. The valuation multiple has doubled in about two years. 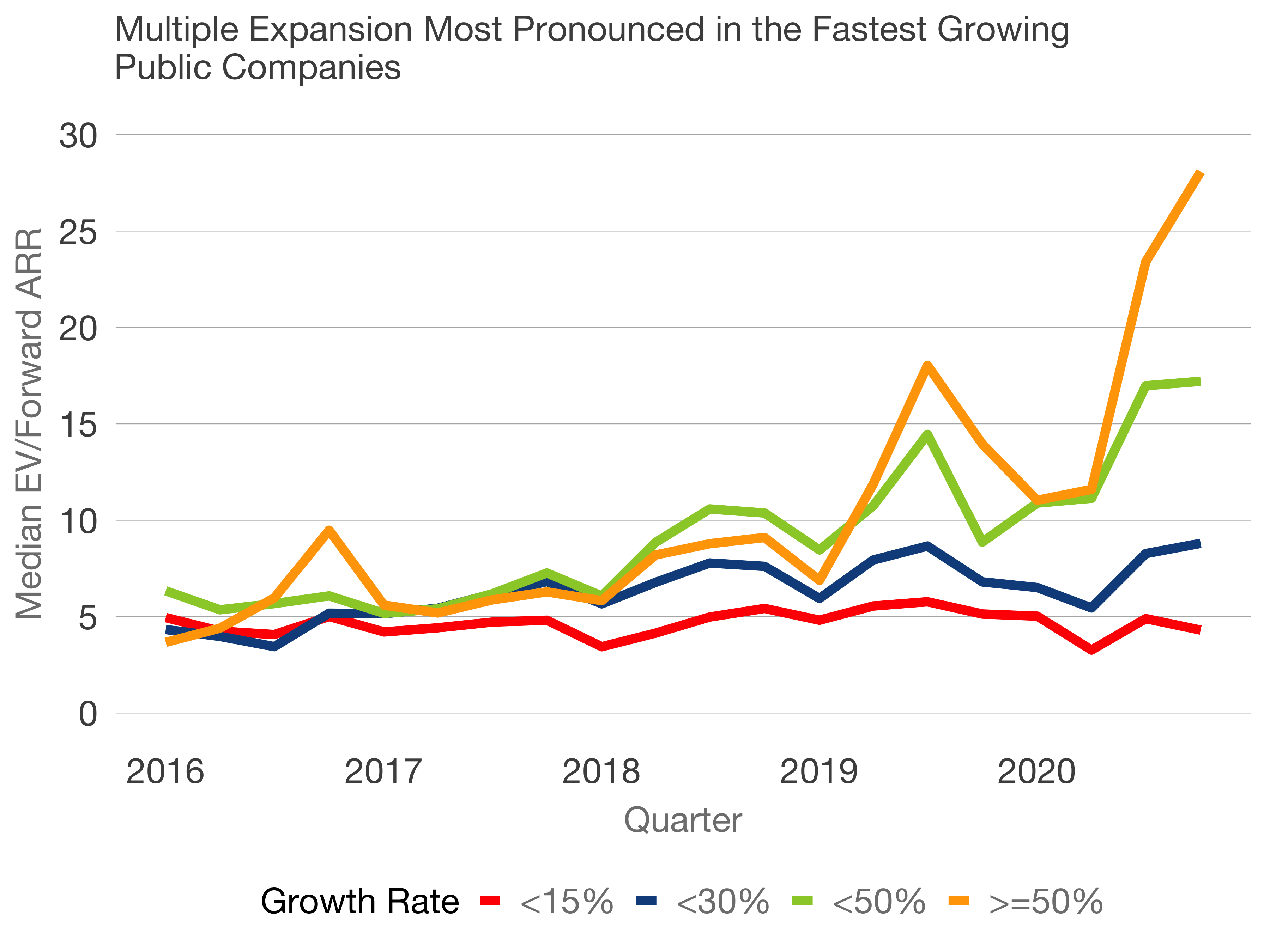 But this figure includes companies growing at differen rates. Let’s bucket these businesses by growth to see trends. Public software companies growing under 30% haven’t benefitted from this multiple expansion. But those growing more than 30% and especially those over 50% are a different story. A company growing 50% or more annually has enjoyed a nearly 6x growth in forward ARR multiple. This has pushed valuations ever higher in software. 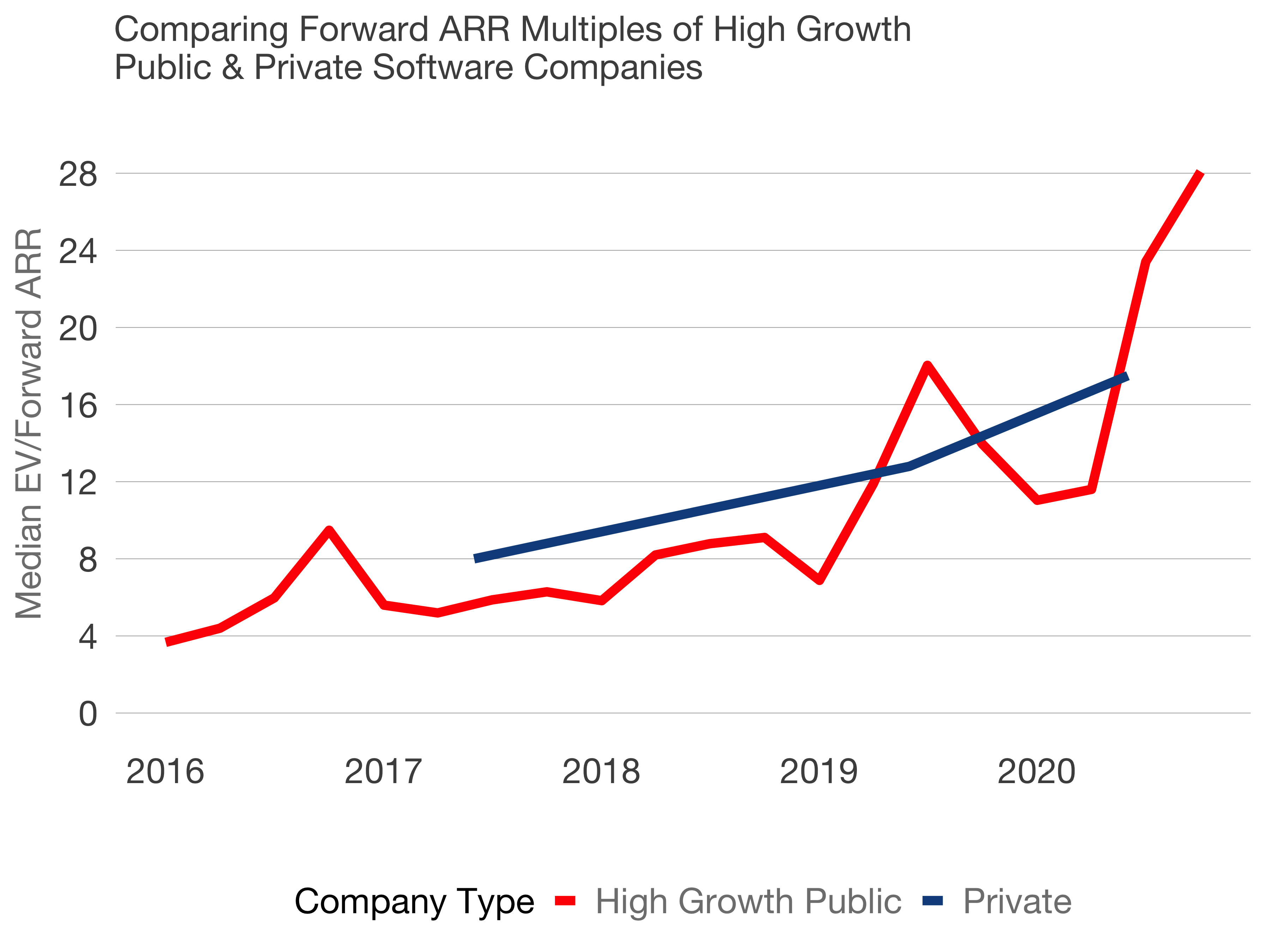 Let’s excise this group of 50% growers from the rest and add Redpoint internal data for forward ARR multiples for later-stage companies, which are all growing above 50%. In 2017 and 2018, the median high-growth private company raised at a higher forward ARR multiple than in the public markets. Starting in 2019 and continuing in 2020, the public markets value these companies with better multiples.

This is a critical shift. It means raising capital in the public markets is now less expensive than in the private markets.

In 2018, I wrote Access is the Scarcest Commodity in Startupland,which reviewed historical data to prove the point that the liquidity premium that used to exist in the public markets had been replaced with an access premium in the private markets. In software for at least the last few years, the public market premium is back after a multi-decade hiatus. And if it continues, we should expect the IPO, the direct listing, and special purpose acquisition vehicles (SPACs) to present compelling financing options to later stage founders.