Conflicting Data on the State of the US Early Stage Market

After I wrote a post on the health of the seed market during COVID, AngelList Venture emailed me saying they observed different patterns in their early-stage data and offered to collaborate. This data set is unique because it records transacted deals on the AngelList platform.

The first post highlighted a 40% reduction in seed investment in Q2 2020 and 42% increase in Series A investment, quarter over quarter. AngelList data shows different patterns. 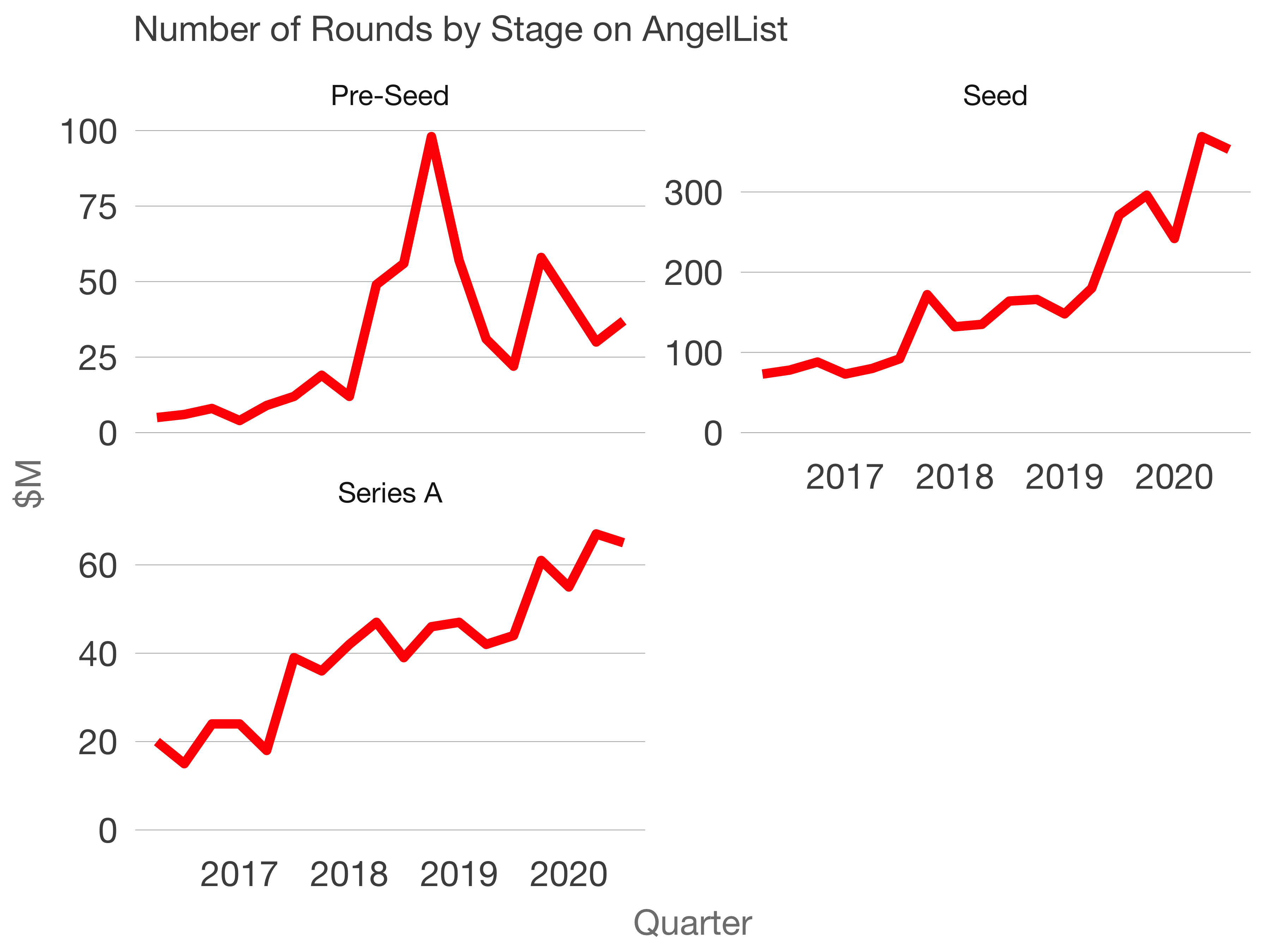 First, across pre-seed, seed, and Series A, round volumes are flat-to-up quarter over quarter. 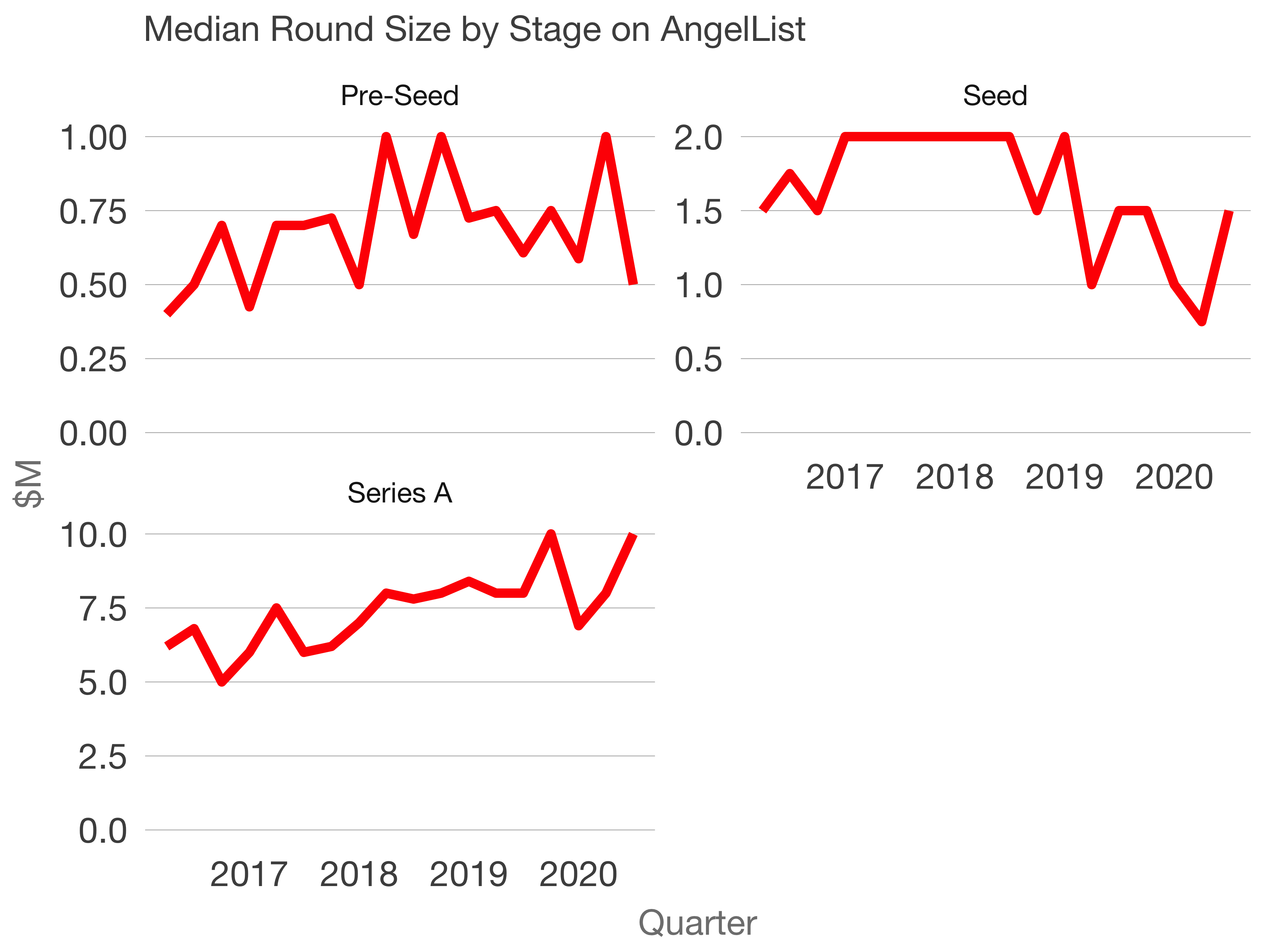 Second, round sizes are down about 20-30% from highs in the pre-seed and seed market. Series As’s ascent continues unperturbed. 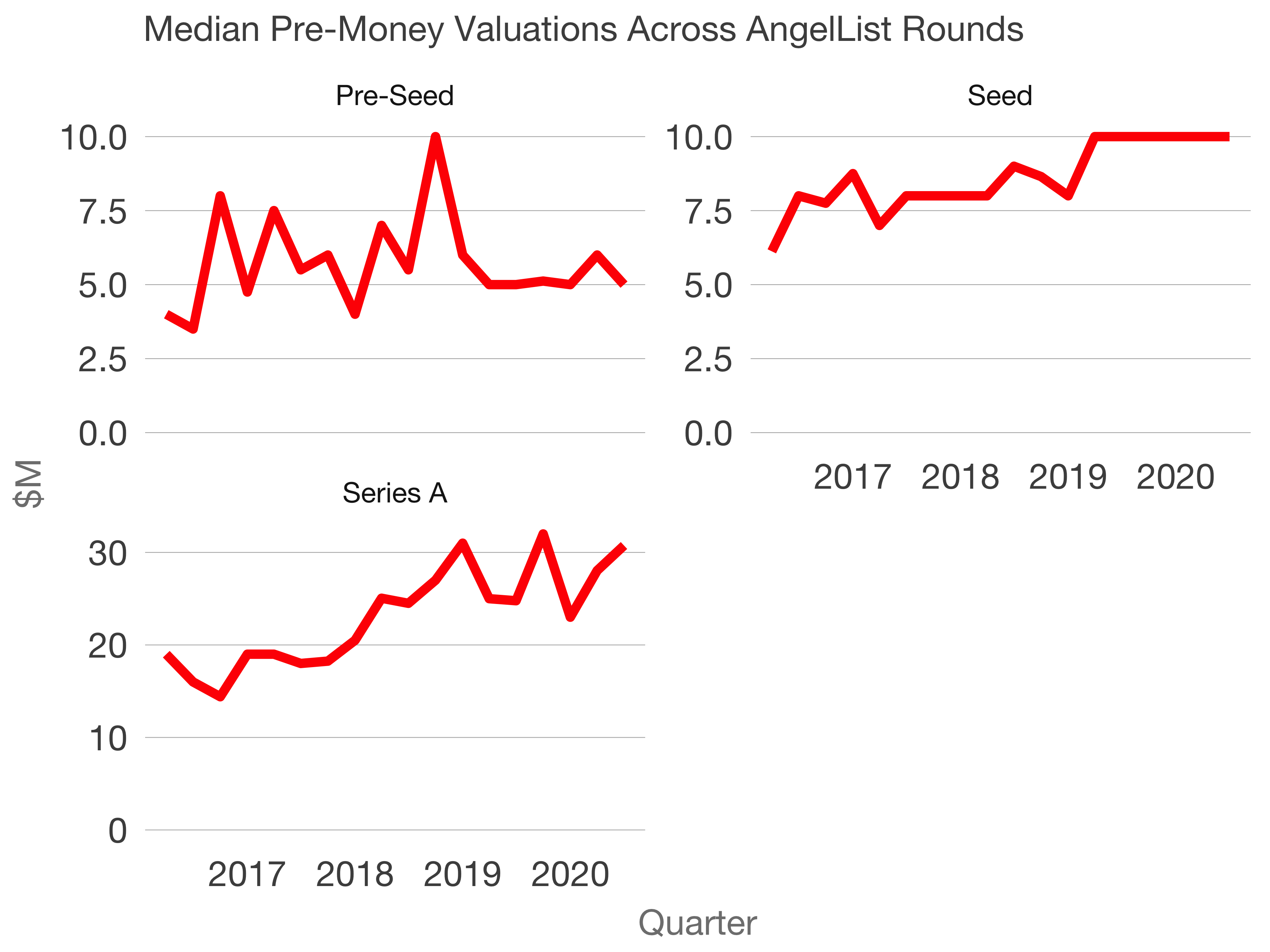 Last, the AngelList team provided data on pre-money valuations, which is rare data! We see pre-seeds have fallen from mid-2018 highs of $10m to about $5m. Seeds persist at $10m pre-money. And Series As oscillate around $30M over the last two years.

This data set suggests the seed market is healthy and exhibits resiliency in contrast to the Crunchbase data set. I reviewed my previous analysis, searching for geographic and other demographic differences to explain some of the data sets’ variances. But I couldn’t find a variable that would explain the difference. I also reviewed other data sets including the NVCA’s Venture Monitor, which suggested Series A deal pace is down about 30%, a third perspective.

Here are some ideas:

I’m reminded of the five blind men and the elephant. Some data sources show the trunk, others the belly, and others the tail. In a few quarters, we’ll understand the true nature of market perturbations triggered by COVID. But today, we’re still sketching out the nature of the beast.

The Secret to Productive Group Meetings over Video