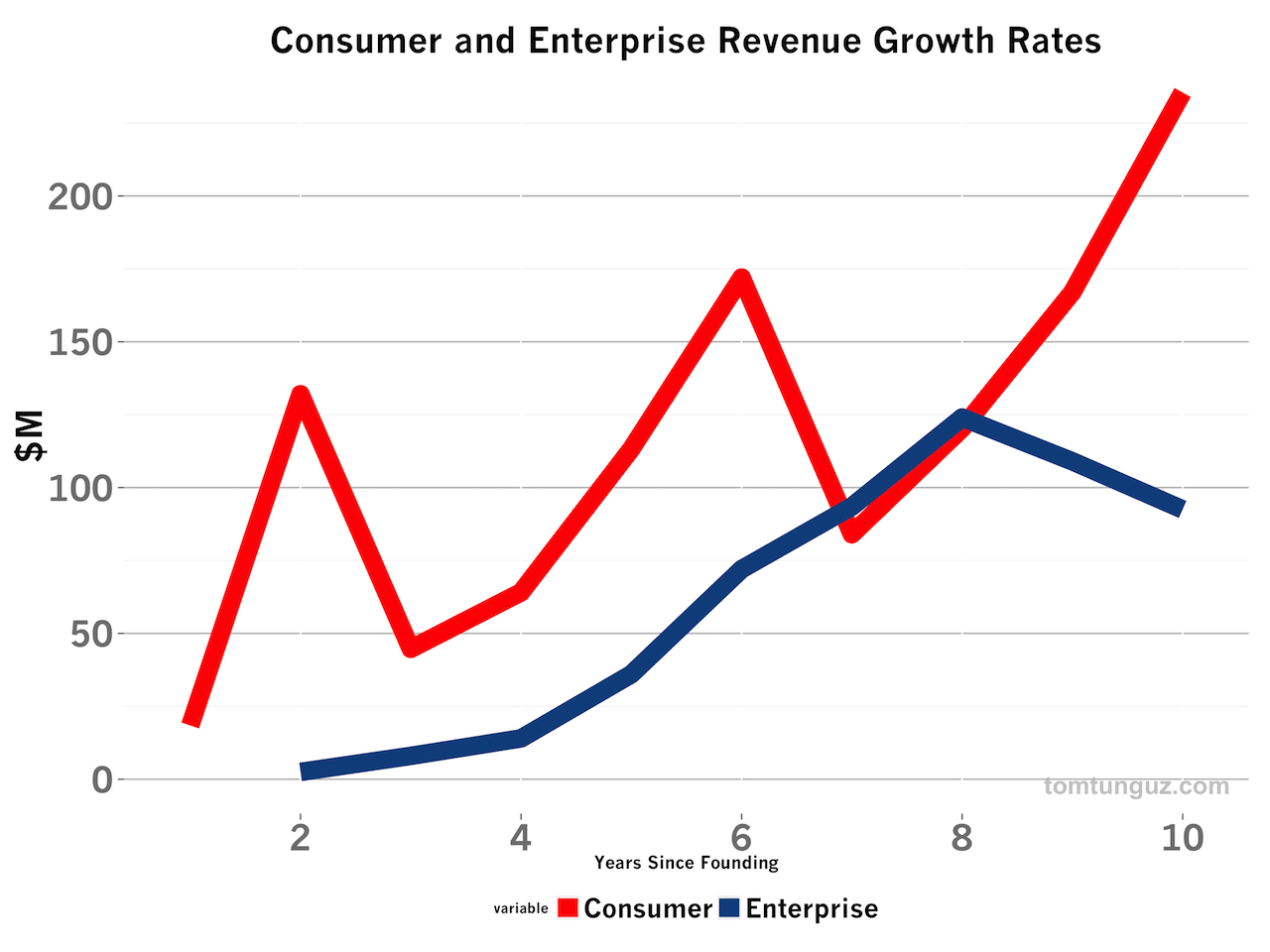 Consumer companies on the whole tend to grow faster and do so will less spending on sales and marketing, and research and development than SaaS companies.

The chart above shows the revenue growth rates of 60 or so recent consumer and enterprise IPOs by years since founding. Enterprise/SaaS companies in the sample achieved very small revenue in their second year and grew consistently through year 8, at which point there’s a decline.

Consumer companies, on the other hand, achieve much faster growth rates. In the second year, I found four data points: Zulily, Groupon, Zynga and Millennial Media. The median revenue of those businesses in year 2 was over $100M. Simply explosive growth. And this trend continues throughout the chart with three sawtooth spikes tracing the massive growth of other consumer companies. 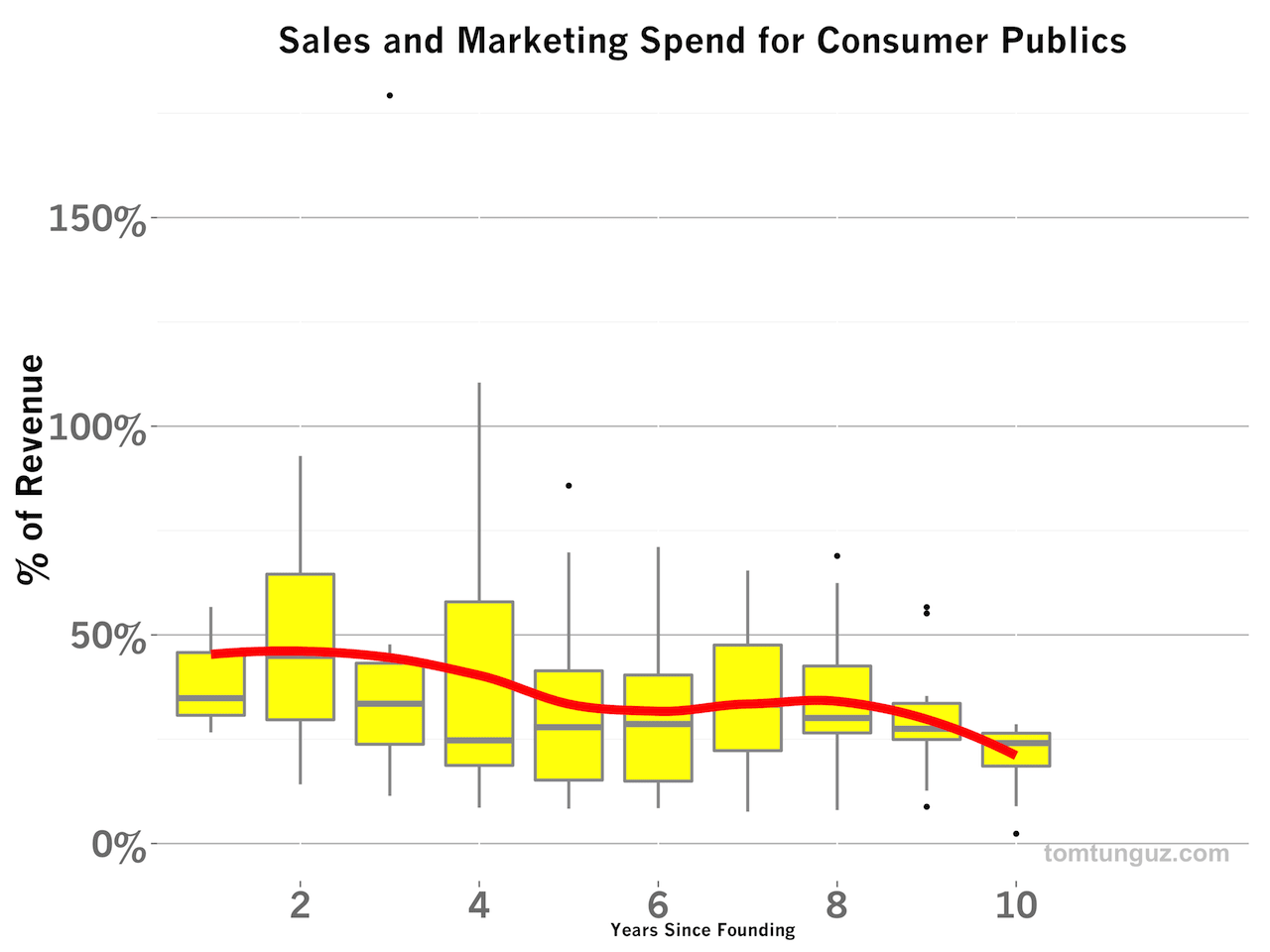 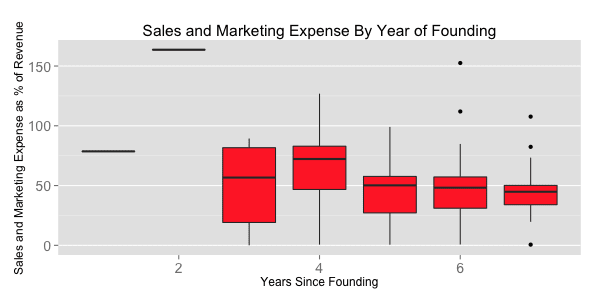 The two charts above contrast the consumer and enterprise Sales & Marketing trends. In short, over the first ten years of a company’s life, consumer companies spend about 31% of revenue on sales and marketing, while SaaS companies spend 52%. 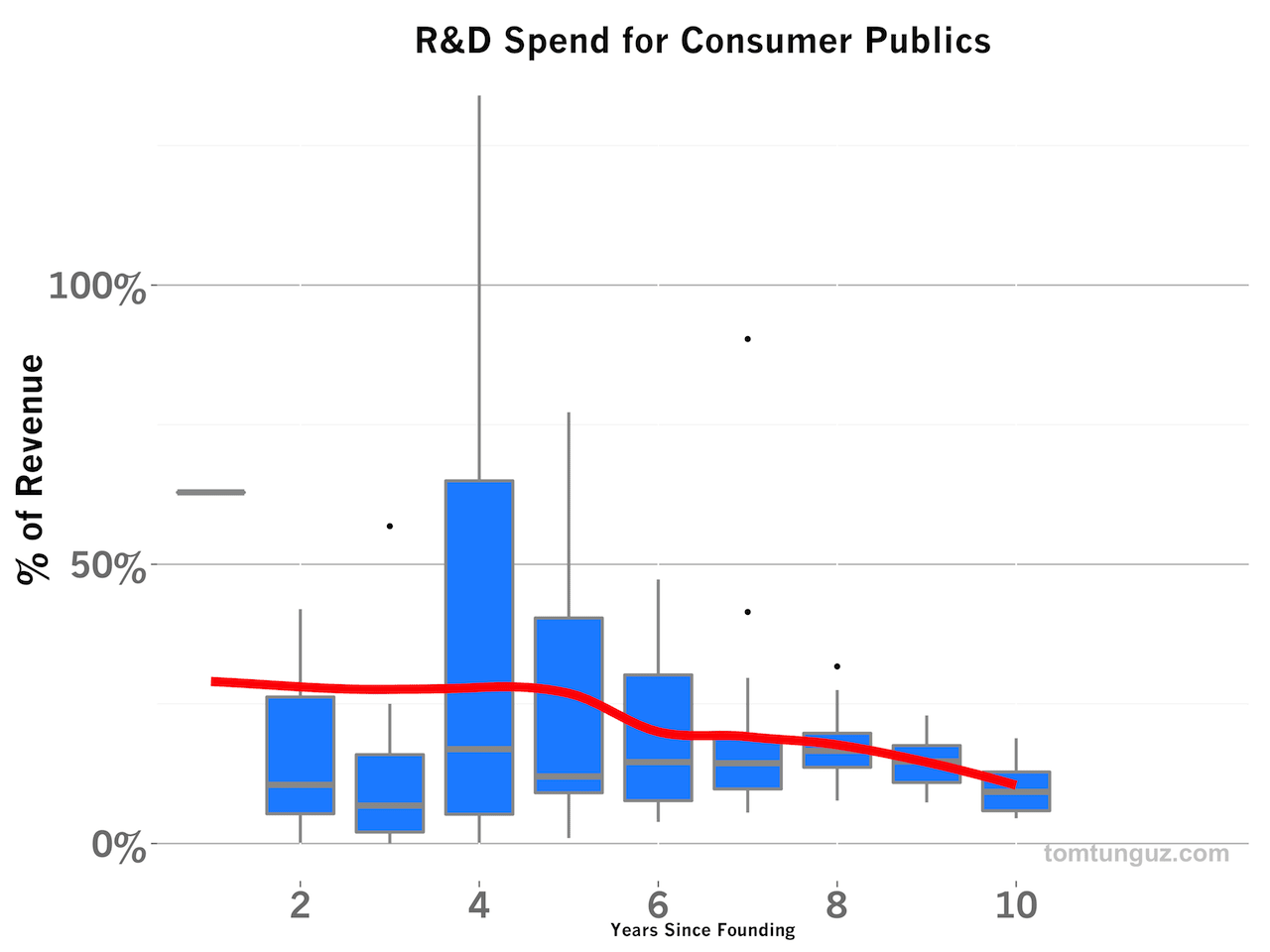 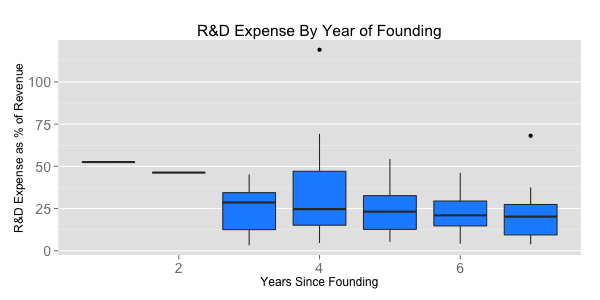 The same trend is true in R&D, where consumer companies allocate 15% of their revenues compared to 22% for SaaS companies.

There are likely many different causes for these large disparities. First, consumer product can be much simpler than enterprise products. Security, compliance, data compatibility are never issues consumers raise when downloading an app. But many software buyers do. Second, the sales process for enterprise products is consequently less efficient and more costly. Consequently, software companies must allocate more time and money to those sales processes. Third, enterprise products haven’t yet found a way to benefit from the tremendous distribution platforms like email, mobile app stores and social networks the way consumer companies have.

Given those figures, why aren’t more of the billions VCs invest allocated to consumer companies? Today, software companies capture about 60% of all US venture dollars, and growing. Not captured in the analysis here are success rates of businesses. I wish I had some data on the success rates of consumer and enterprise startups, because we could create an expected value for a dollar invested in each category. That analysis would be worth its weight in gold.

The Three Most Important Trends in the Seed Fund Raising Market