The Meteoric Acceleration in Series A Valuations 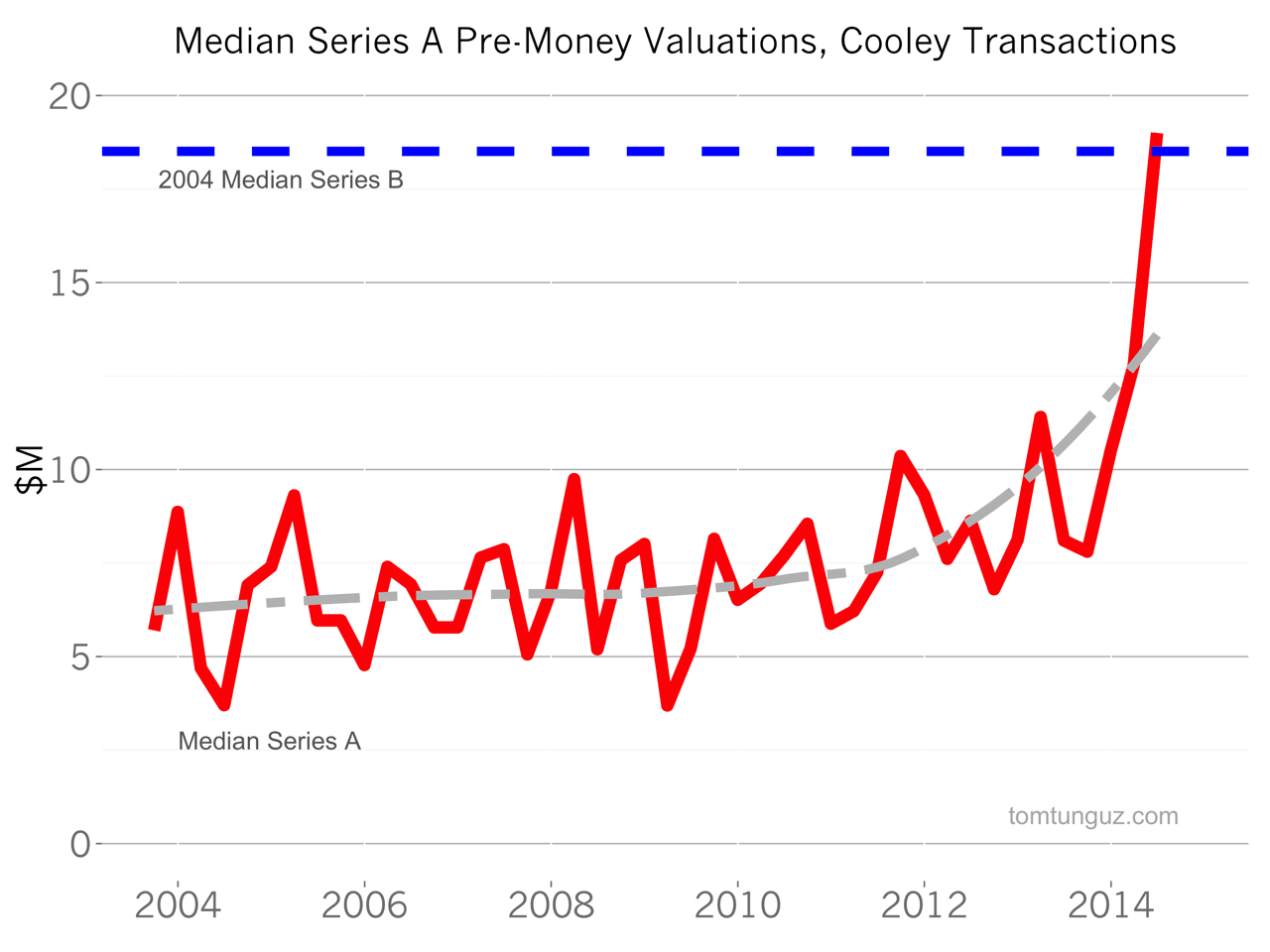 What a difference a few quarters make! In the past nine months, Series A valuations have skyrocketed. In fact, 2014 Series A pre-money valuations have surpassed median Series B valuations from 10 years ago, accounting for inflation. The same is true for Series B valuations exceeding Series C valuations. Cooley, a top tier startup law firm, reported this trend in their valuation quarterly report, which tracks these figures where they are counsel to either investors or founders.

The chart above illustrates Series A pre-money valuations in red. The grey line smooths the chart to show long term changes and the blue dashed line marks the 2004 Median Series B pre-money. In Q2 2014, the median Series A transaction reported by Cooley exceeded the 10 year Series B valuation. In fact, Series A prices have simply taken off, nearly doubling in six months. 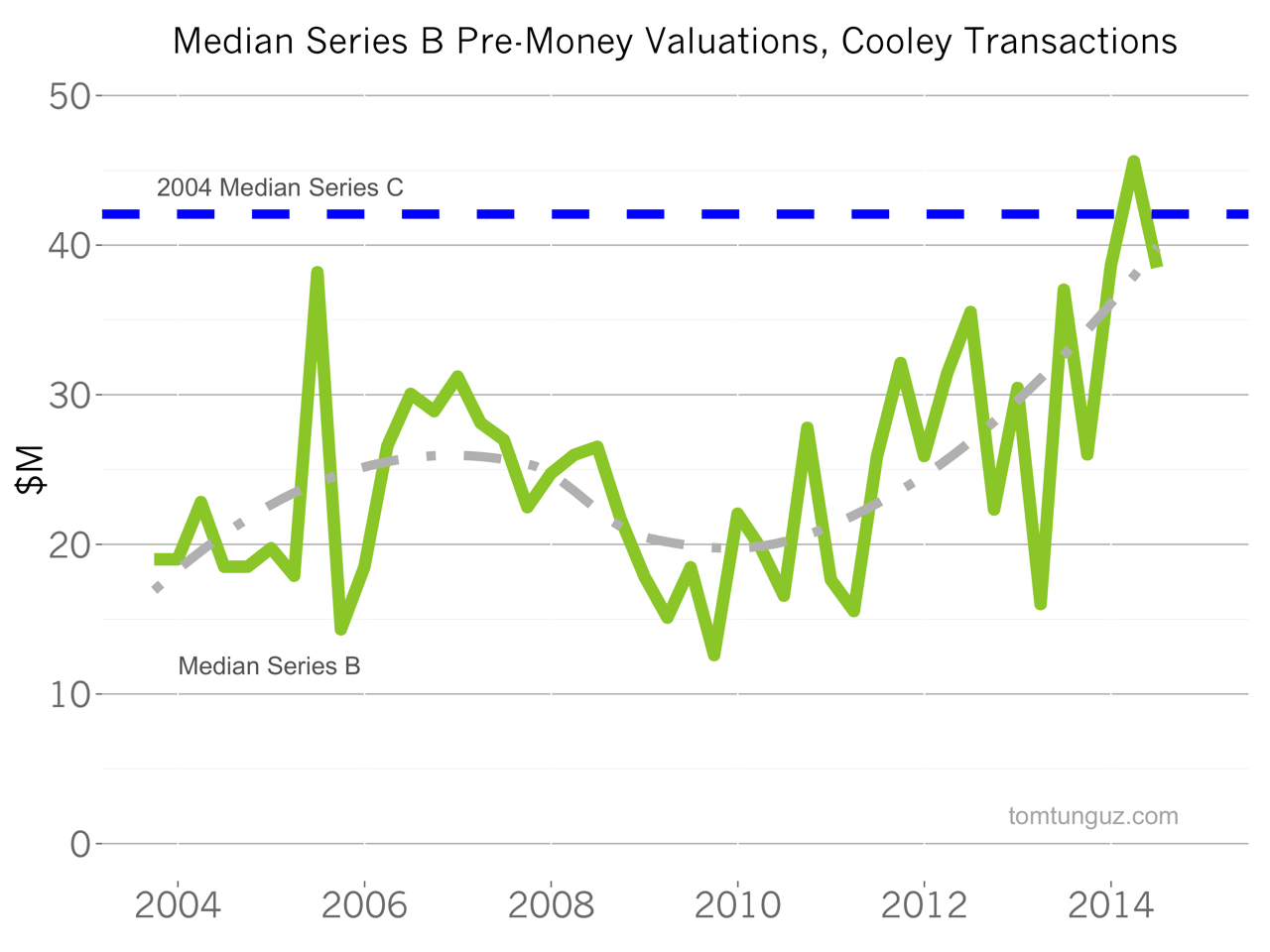 The Series A valuation explosion is probably fueled by the tripling of capital in the institutional seed market. As young startups raise larger seed rounds, they are able to progress further, develop more momentum and increase their valuations before raising the next round of capital, the Series A.

This valuation increase hasn’t manifested itself in Crunchbase data, yet. There are a few possible reasons for this. First, Cooley’s data focuses on a tiny sliver of startups and this sample may have a very strong skew to the most valuable companies. Second, Crunchbase reports the round size, but not valuations. Perhaps investment size is remaining constant but valuations have increased and investors are satisfied with less ownership. Third, Crunchbase data may be delayed because some of the Cooley transactions haven’t been announced yet.

Nevertheless, I’ll be paying attention to the Series A market, because if the trend continues, and the Series A replaces the B, we can finally state with confidence that the Series Seed is new Series A, which would imply a very substantial change in industry dynamics. Institutional seed funds will have become the new de-facto Series A investor.

NB: If you’re a founder, I recommend reading Cooley’s report which reveals the standard terms found in today’s term sheets. This data should help you understand what to negotiate for when raising capital.

The Stability of the Current Tech Market