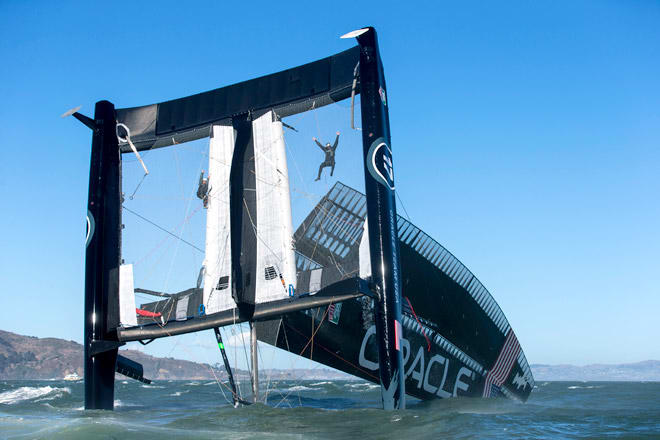 Last week, Redpoint held our annual Founder Day gathering. At the event, I listened to the stories of Felix Baumgartner’s record breaking jump from 120,000 feet, heard about the astonishing comeback of the US America’s Cup team and took part in a creativity workshop led by a Stanford Design School professor. In short, the event revolved around doubt.

Baumgartner halted the Stratos Project twice during its seven year development. Quite naturally, he was terrified of the jump from space. Ten months before competition, Jimmy Spithill and his crew capsized and destroyed their $10M America’s Cup catamaran that had required twelve months to build. After overcoming that ordeal with round-the-clock shifts to build a new boat, the team found themselves down 1-8 in a race to nine points.

The ultimate successes both teams achieved are glorious and unique, and that’s where most of the attention naturally flocks. But the most interesting parts of the stories for me were the doubts, the flubs, the catastrophes; and the processes teams use to recover from them.

The successes in both of these cases are very different. But to hear the team captains describe the process to realign and reorient their team, I’d have thought they were working on the same project or sailing the same race. The team leaders used the same cliches to describe overcoming adversity: reinforcing a vision, developing a strong team culture, being open and honest about past failures but always looking forward. All these phrases I’d heard many times before.

These banal dictums from successful teams all sound the same because they are the same. And they are often repeated because they’re effective. They are mantras, daily practices of teams to build internal momentum.

Later in the day, an IDEO consultant/Design School professor walked the audience through a creativity exercise. We drew portraits of our neighbors, played word games and role played. The professor explained this type of activity formed the basis of practicing creative thought. The goal of the exercise is to stop being so self-aware, let go of our self-doubt and enjoy creativity. Creativity is IDEO’s competitive edge in the marketplace. Ensuring the company can routinely innovate and bring new ideas to old problems is a key to their success.

Hearing these three stories about the practice of enabling great teams to accomplish incredible goals was inspiring. The most important learning for me is that great teams have processes, patterns, routines, and the discipline that enables them to recover from near-disaster and overcome doubt.