A founder informed me the rationale is that a share in a company has a lien on the future dividend streams, but a token has a lien on profit share of the GDP around an economy and that economies tend to be 3-5x larger.

Walking home from a meeting with a crypto team in Brooklyn, my colleague, Alex, I played around with this idea. Is 4x the right number? We tried to calculate the GDP of Salesforce’s ecosystem and the Google economy, but we were guessing. Where could we find analogous data?

The best data I found is the economies of countries. Each country charts a GDP figure and publishes a tax rate. With those two numbers, we can derive the token valuation equivalent for countries. It’s not a perfect analogy but good enough for a thought experiment.

Here’s the analogy in a visual form. Google creates an economy around itself. Google taxes that economy by charging for ads on search pages and captures a portion of that GDP. A country develops an economy and captures revenue as taxes.

If we can compute the GDP/Tax Revenue multiple for countries, we could make some observations about whether they might hold for crypto companies. Let’s call this number the Economy/Tax Revenue Ratio or ETR. 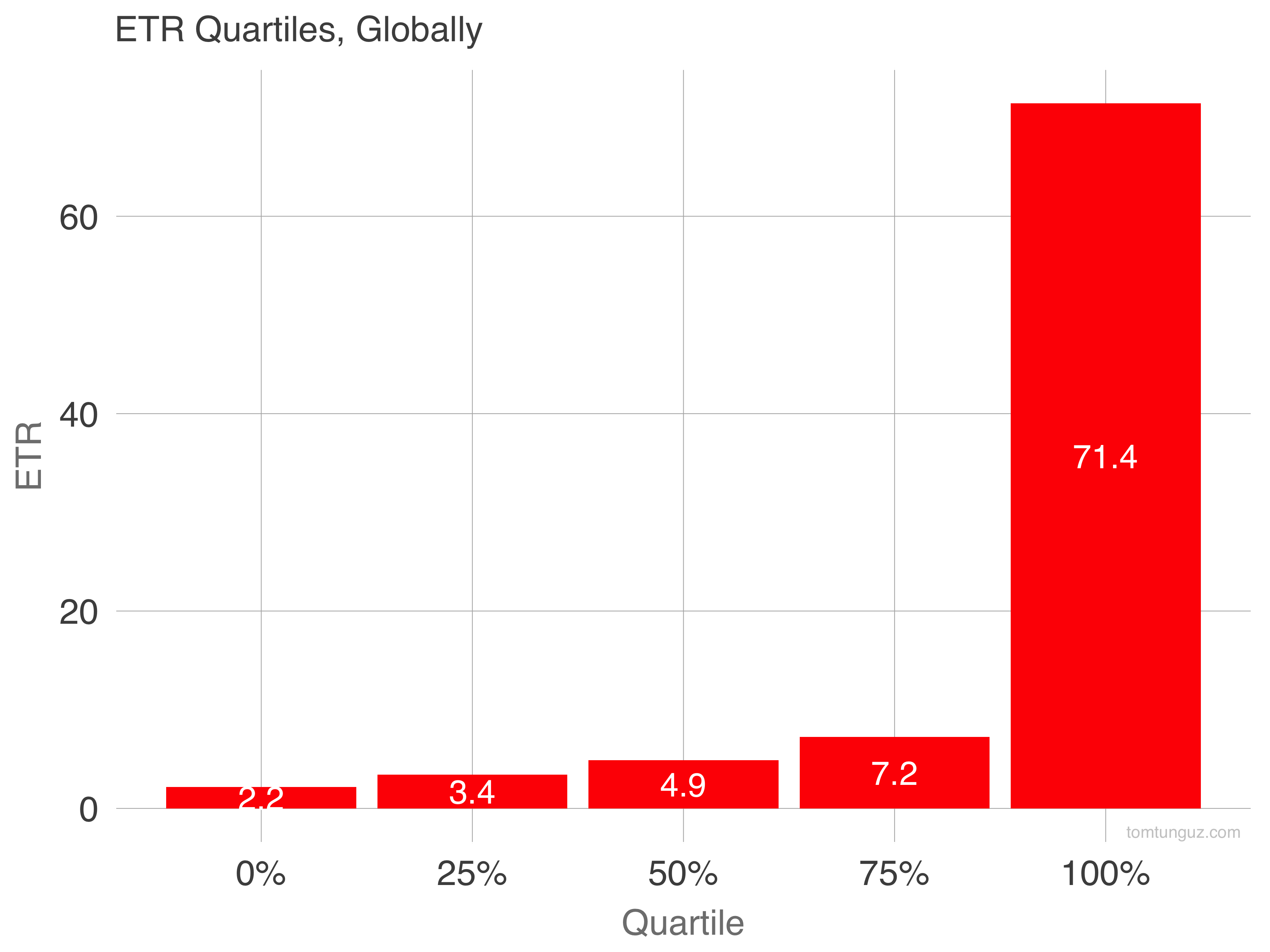 We can observe the median ETR multiple is 4.9x.

If we examine G10, the 10 largest economies, median ETR is 3.5x and the 75th percentile is 5.2x. The chart orders the countries by GDP, largest on the bottom. Those figures are consistent with the crypto rule of thumb. 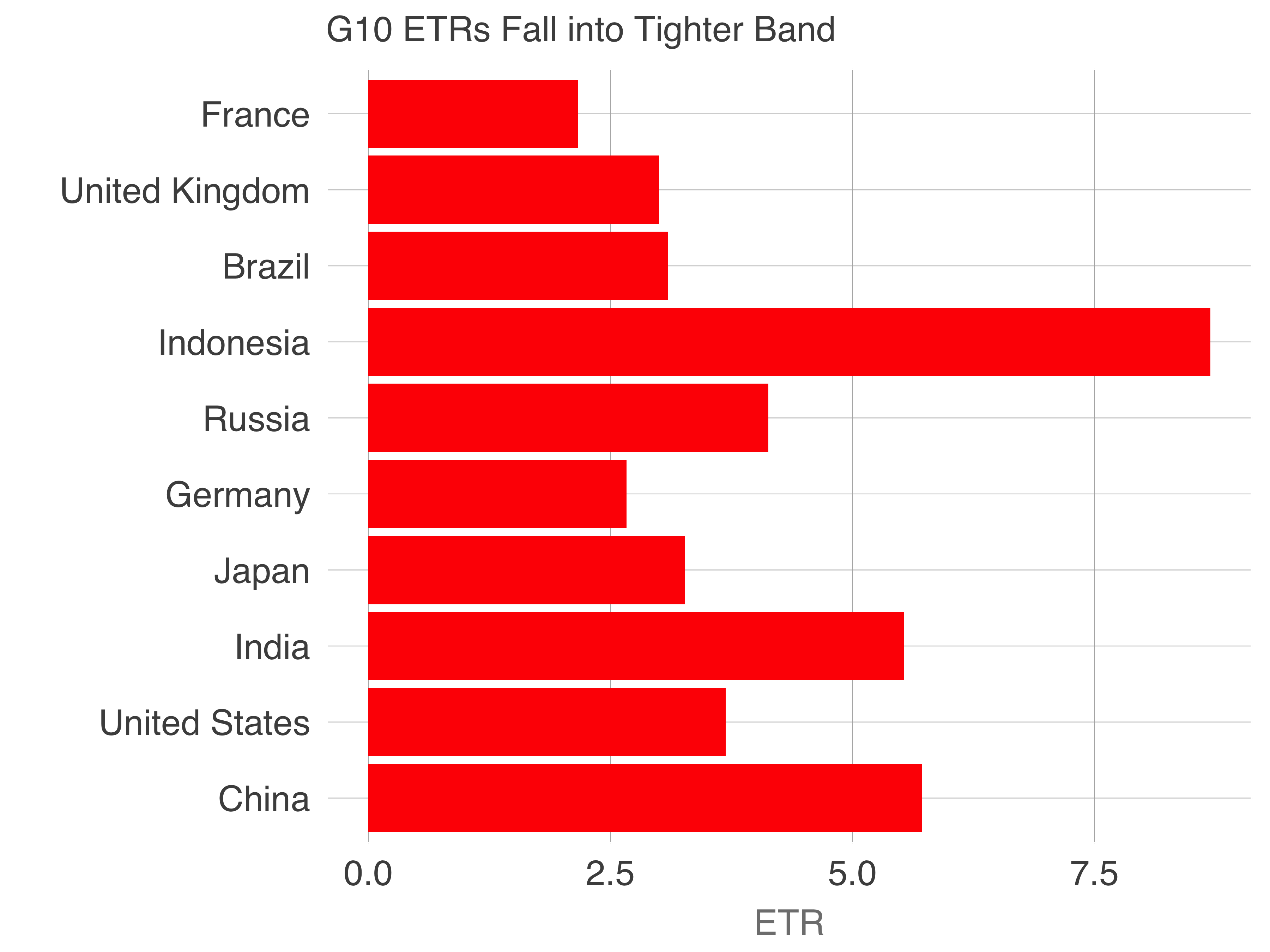 The correlation between the growth rate of the economy (using 2019 data and the ETR) is 0.8. This is surprising and may say something about the efficiency of markets even at global scale. 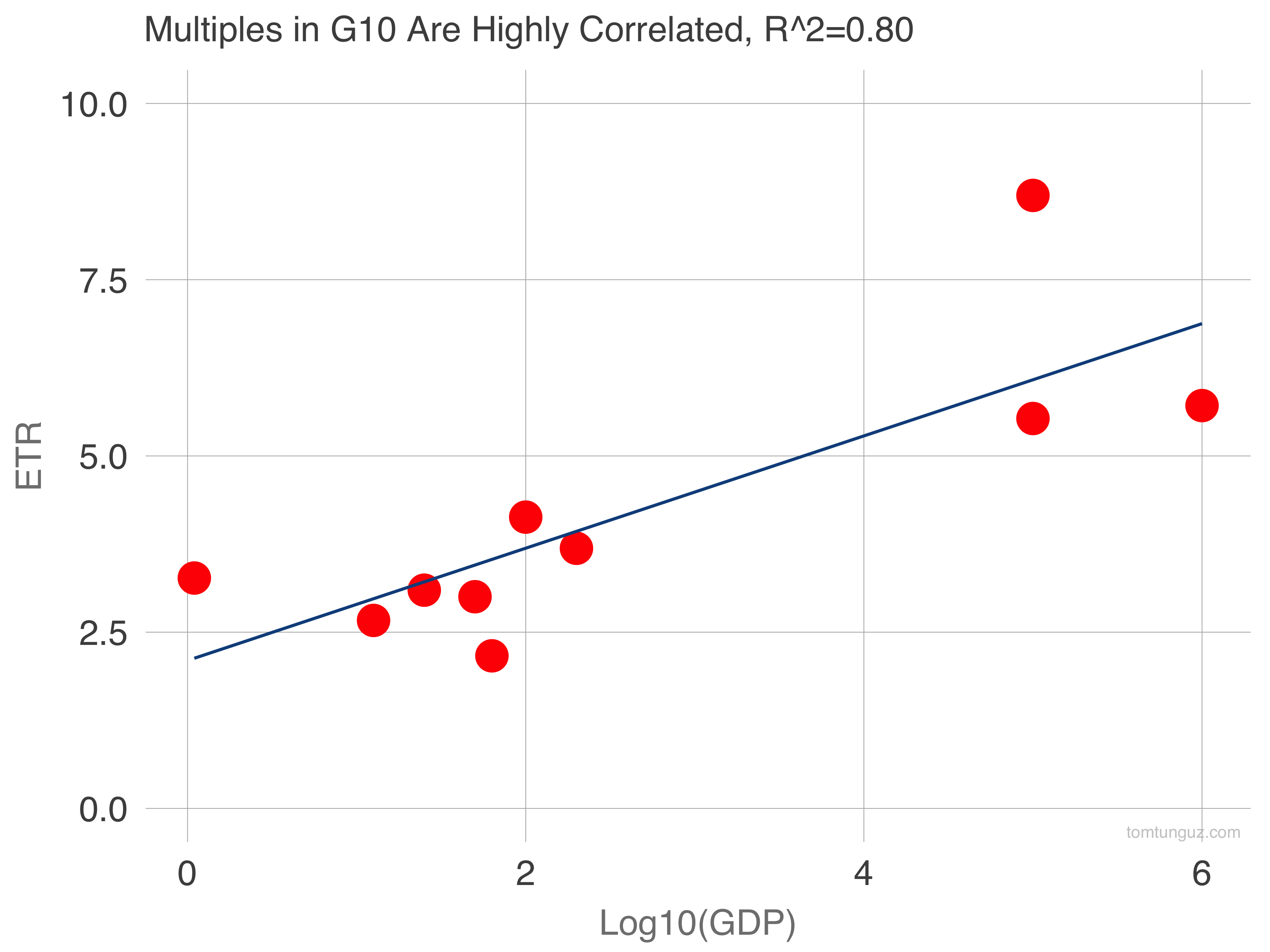 Ok, that was a lot. Let’s recapitulate.

How does that map to crypto?

If we use our analogy of country::economy as crypto-company::economy, then the multiples resemble each other.

But, the growth rates and tax rates of countries and crypto companies couldn’t be more different.

The major differences are that crypto economies are growing orders of magnitude faster than most developed economies. Ethereum generated as much revenue last month as all last year, for example.

No crypto token collects 24% of revenue, as the median country does.

In summary, if you assume the significantly greater growth rates of crypto companies offset the meaningfully lower tax rates, then you might be able to pencil out a 3-5x token:equity multiple. But, at least using this data set, the conclusion remains quite a leap, and my hunt for a better proxy data set continues.

The Need for Two Types of Payback Period Calculations