Do Data Startups Command a Premium in the Fundraising Market?

After writing my predictions for the year 2022, a reader asked how I would measure if this were truly the decade of data. Good question! 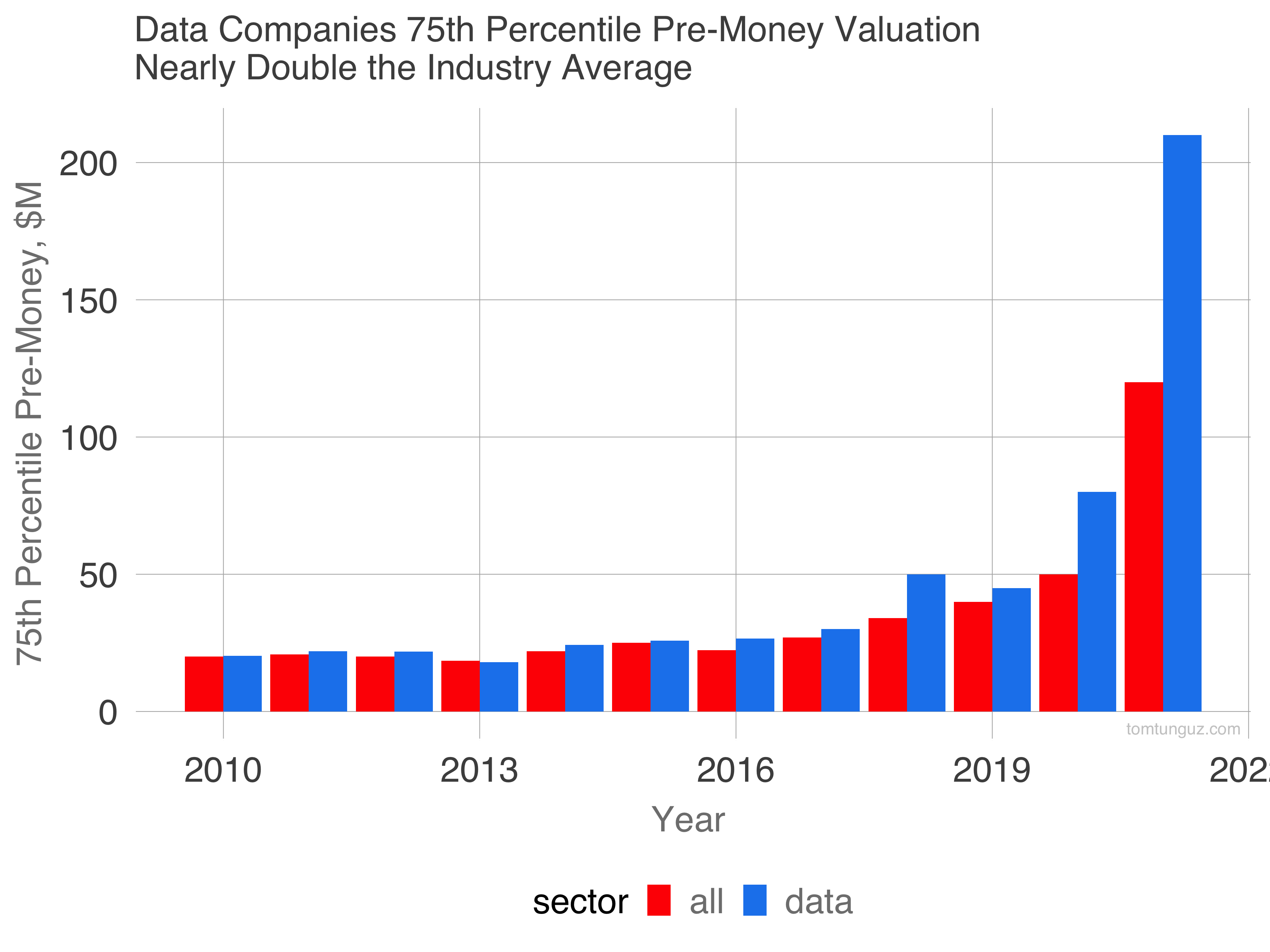 Looking at overall data, in the early 2010s data companies raised money at valuations indistinguishable from other startups. During the middle of the decade, data companies traded at a small discount, which is likely statistically significant given the sample size (n=1300-1700 depending on the year).

2018 was the watershed year. Data startups commanded a 47% premium. Two years later, the figure spiked to 60% and last year, the market placed a 75% premium.

But there’s a problem with this analysis: it doesn’t account for the round composition changing. If data companies raised more later stage rounds than early rounds, the figure would spike. 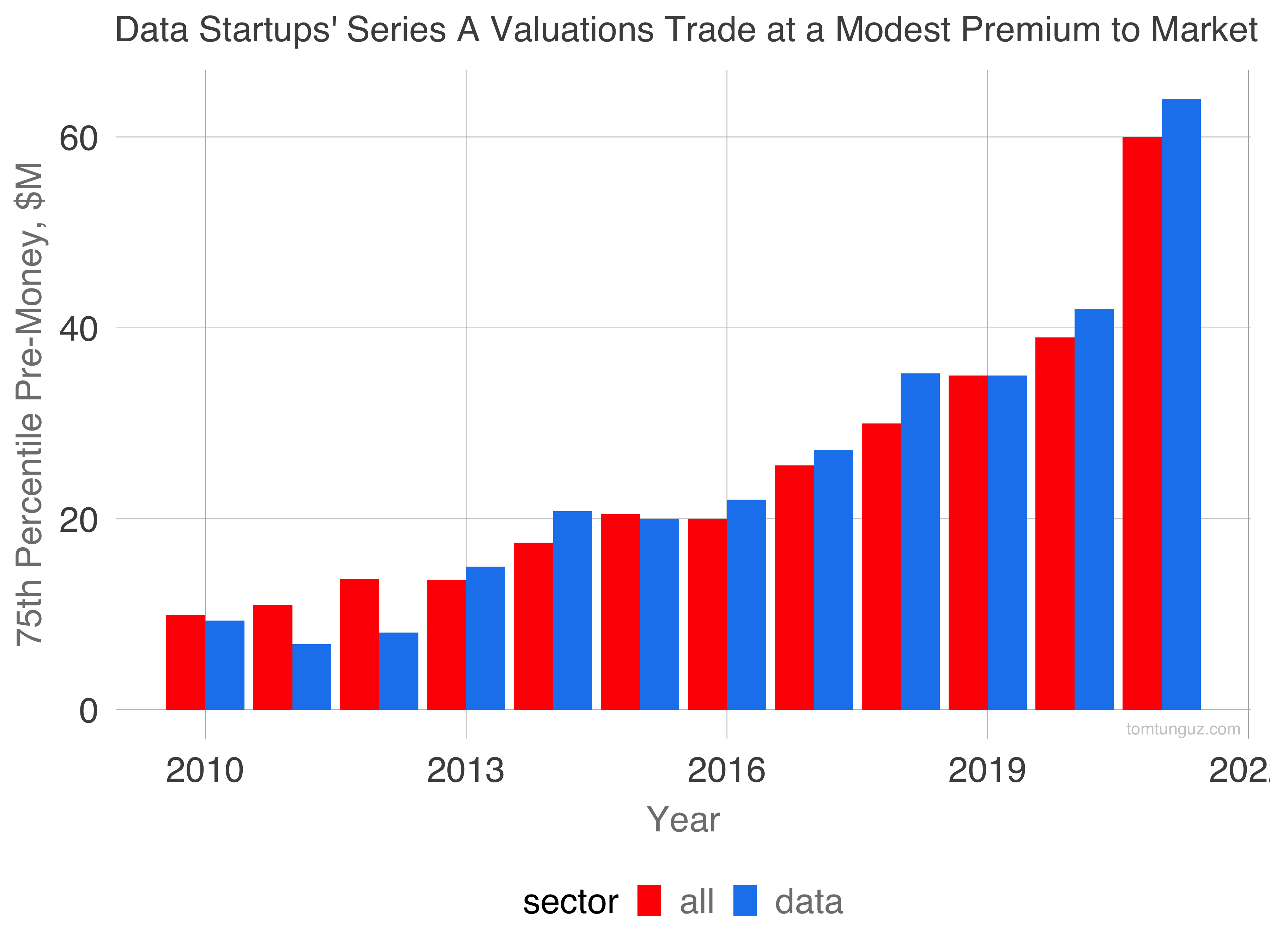 Looking at Series A figures, we see a similar pattern but smaller amplitude. Data companies traded at a discount in the early 2010s and now they trade at a modest premium, about 10% average in the last 5 years, contrasting the 15% discount of the early part of the decade.

Sectors rotate from being in-favor to out-of-favor, and that’s certainly the case with data both at the Series A and the market broadly.