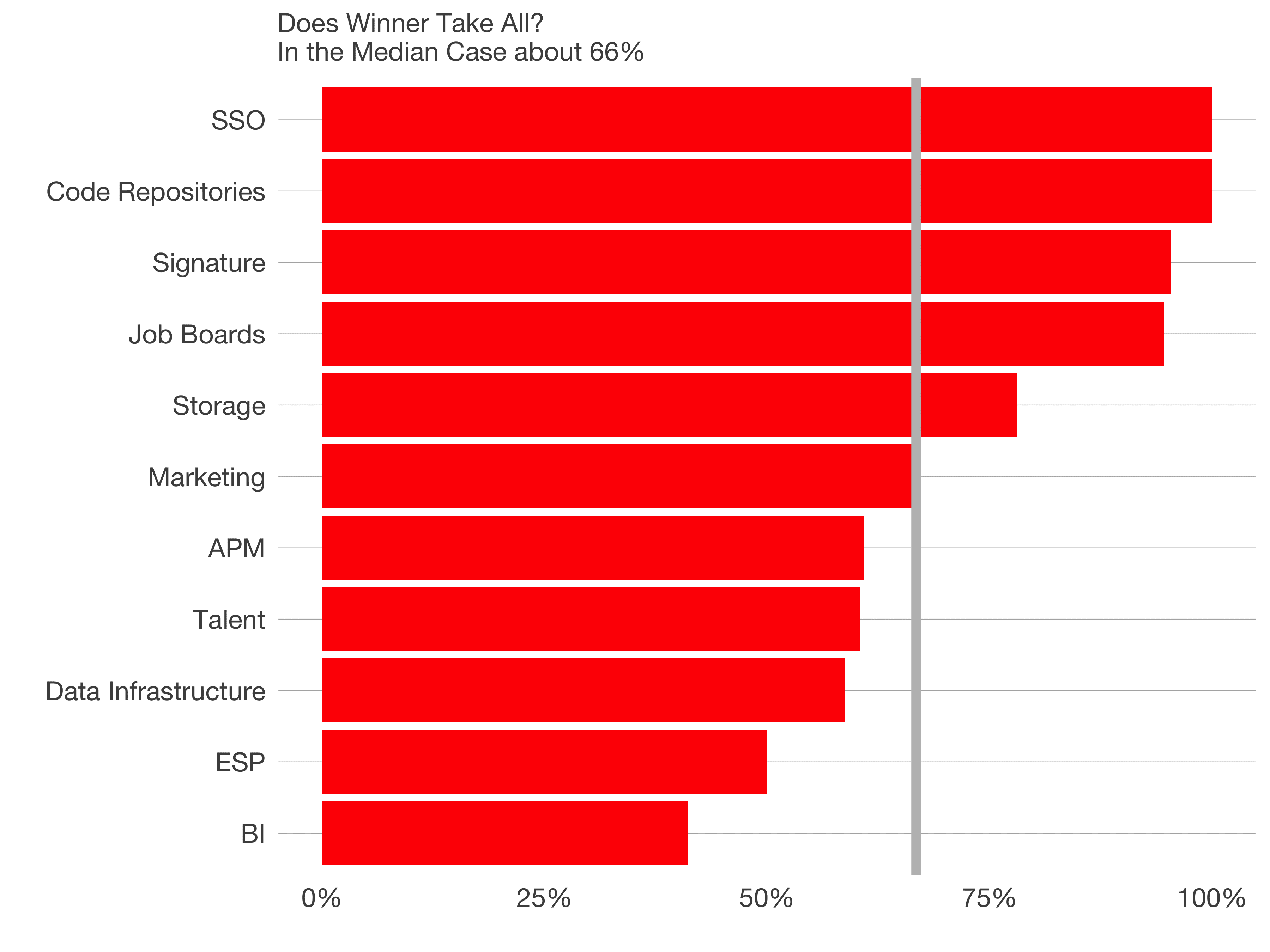 This theory suggests that irrespective of the category, the winner should capture most of the market value. Reality is far more complicated than this simple idea. After all, most startups face turbulence in their journey. Venture capitalists finance competitors to pursue a market opportunity. M&A environments ebb and flow. Undisclosed private sales or private valuations aren’t considered. Plus, survivorship bias plagues this analysis.

Setting all of that aside, I put together a basic data set across different software sectors. I examined 11 sectors which benefited from meaningful exit activity over the last 15 years. From email service providers (ESP) to application performance management (APM), I catalogued the companies who had sold or were public, and their values at time of exit or today’s market cap. Then I calculated the share of winnings per category. The analysis is far from perfect. It’s meant to be directional.

We can draw a few initial observations. First, there’s quite a bit of variance in the winner’s share by sector. At the top end, Okta and Github have dominated the market for single sign on and code repositories. They define their categories.

At the bottom of the list, the last wave of Business Intelligence (BI) saw 4 companies with an aggregate exit market cap of about $16B. The largest, BusinessObjects, captured 41% of the exit value.

Second, the median winner’s stake across categories is about two thirds. This is “consistent” with the theory, that the winner takes most. Second place takes home around 20-30% of exit market cap.

Third, it’s critical to play to win as a startup, and why being first matters so much. Dominating a market means somewhere between 50-100% of the exit market cap, an exit price 2-3x second place.

This analysis isn’t exhaustive, but as a directional guide, it provides some supporting evidence that even in categories where classic network effects, data network effects or other economies of scale don’t dominate the competitive dynamics, the winner does take most in software.