Ethics in Machine Learning - An Opportunity for Startups to Lead 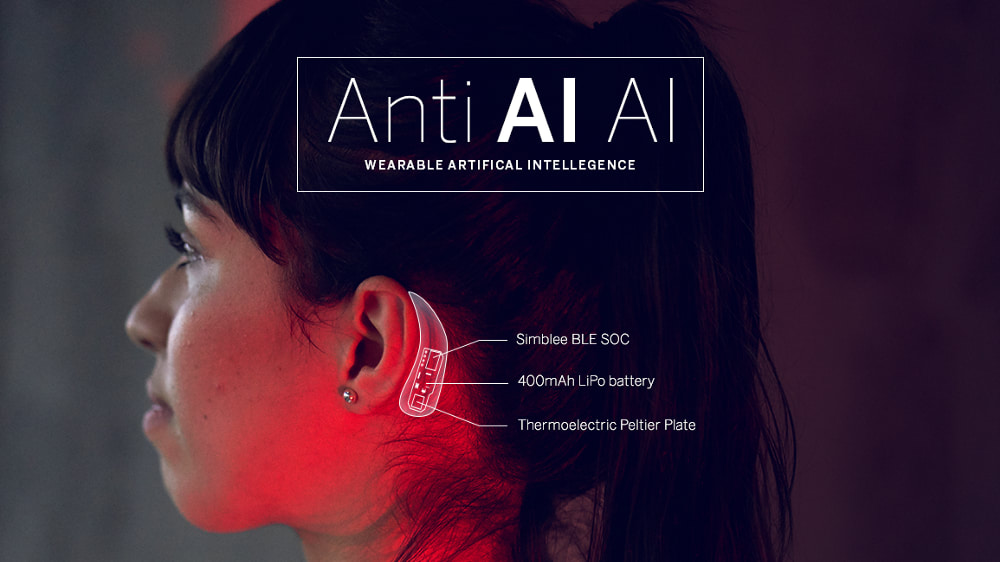 We’ve entered an era when computers can understand speech, computers can synthesize speech, computers can develop music, author encryption algorithms, create novel art, respond to customer support questions, and even generate new summaries and reports from data. Increasingly, humans will struggle to distinguish between computer-generated and human generated. Consequently, here’s an opportunity for startups to lead, not just technologically, but more broadly.

DT is a creative digital agency business based in Australia that developed a prototype that distinguishes between human speech and synthetic speech. Shaped like a hearing aid, the Anti AI AI chills the listener behind the ear using a Peltier device when the onboard TensorFlow model detects computer-generated speech. It’s one of undoubtedly many technologies which will use one machine learning model to detect another machine learning model.

Security systems have been doing this for decades. Security researchers develop software to search for the signatures left behind by automated exploitation programs.

DT’s clever prototype is one type of response. Develop defensive detection tools to distinguish deception. And the course, those technologies will be critically important.

But I’m hopeful that many machine learning startups who develop novel technologies will also adopt ethics statements. Statements of ethics outline how a company intends to use a particular technology: which uses they deem valid and which they view negatively. Not just words, ethics should also govern the internal operation of the startup, and form part of the key values of the business.

Google’s “Don’t be Evil” mantra encapsulated this notion of ethics for me when I worked there. Given all the data, all the computational power, all the human capital the business had amassed, there were many different opportunities to generate revenue in unsavory ways. “Don’t be evil” and “focus on the user and all else will follow” were two oft-repeated aphorisms in Google’s product management vernacular and they were part of the executives’ drumbeat. These sayings influenced the way we built products and provided simple mnemonics for Google’s values.

In addition to voluntary internal controls, external controls are likely to be written into law. Already the EU has instituted data protection legislation that also implement some notion of a right of explanation. The EU believes citizens have a right to understand why an algorithm categorized the citizen a particular way. I don’t know if these types of laws will come to the US, but for any company doing business in Europe, they cannot be ignored.

All these wonderful new tools and technologies will provide us novel ways to improve our lives. But like any tool, we have to use them properly and responsibly. Defining corporate ethics around these novel technologies is an important part of establishing a startup’s role in the ecosystem and presents an opportunity for thought leadership in the space.