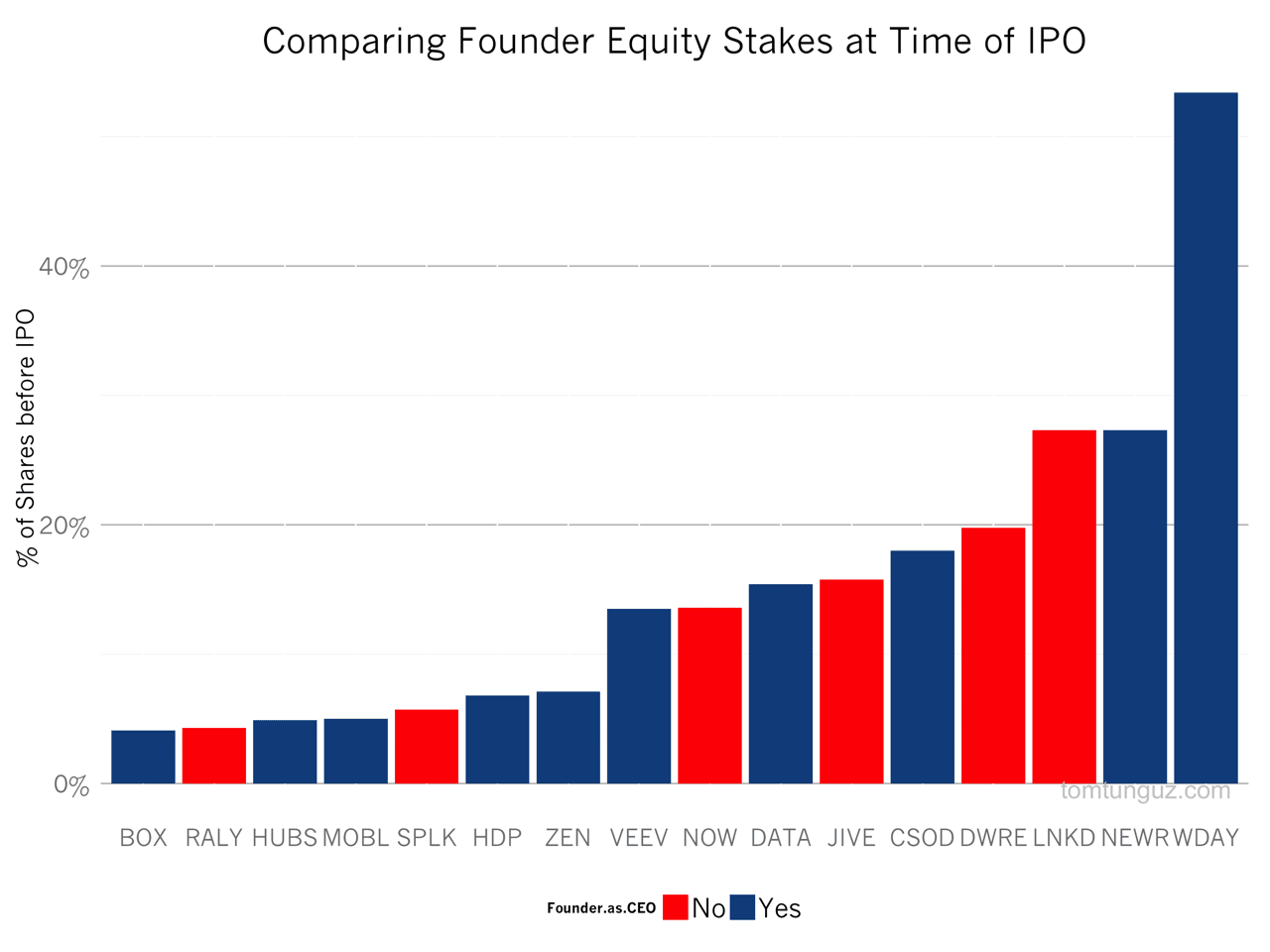 What percentage of SaaS IPOs in the last four years have the founding CEOs of the business been CEO at the time of IPO?

About 1.1 percentage points. Founder/CEOs retain 15.5% of the company, while founders/ex-CEOs retain 14.4%.

The original equity allocation among founders, ongoing employment at the company and the dilutive impact of venture capital are far bigger determinants of equity at IPO than current role. The chart above shows the broad spread of equity holdings by CEOs immediately before the IPO, as reported in each company’s S-1. They vary from 5% to 53%, an amazing range.

In what fraction of cases does the founding CEO remain at the company?

Of the cases I surveyed, all but one of the founding CEOs remained with the business. They typically became Chief Product Officer, Chief Technology Officer or Chairman of the Board.

I’m happy to see that more than the majority of founders of these public companies have remained at the helm of their companies through IPO and beyond. I’m also thrilled that the dilutive impact to founders who hire someone else to lead their company is minimal. And the data shows both founder and non-founder CEOs can lead to huge outcomes (LinkedIn and Workday are the two most salient examples.)

As the data attests and as Reid Hoffman wrote in his post If, Why and How Founders Should Hire “Professional” CEOs, “Both approaches can work, which means that as an entrepreneur, you should focus less on what’s fashionable, and more on what’s right for you.”