The Four Kinds of Social Capital that Matter When Building Products 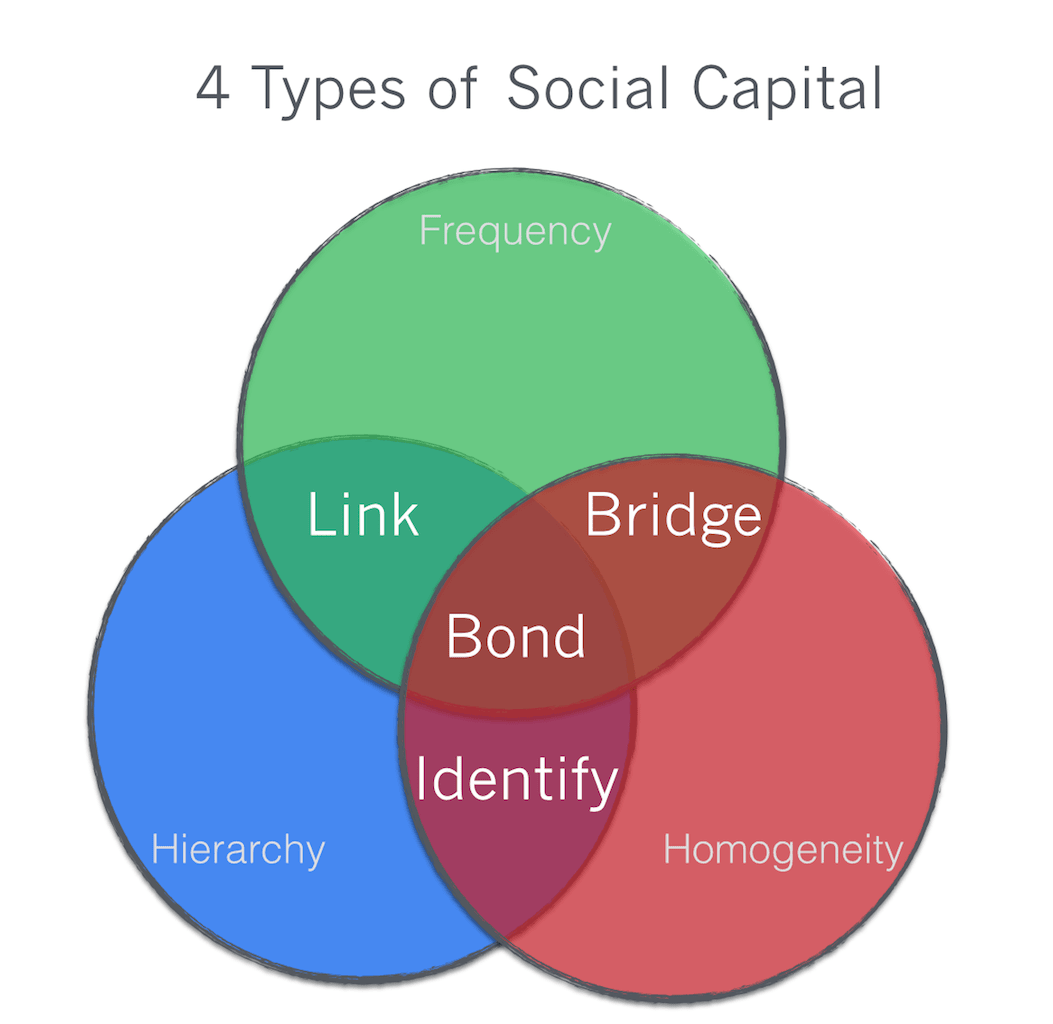 Though the term k-factor, a measure of the virality of an application, has waned in popularity since Facebook’s sheep-throwing glory days, the idea of spreading a product through referrals lives on. We all know a good referral mechanism when we see one. Dropbox’s invite-a-friend feature which awards free storage for both the inviter and the invited is the canonical example and resulted in torrid growth for the company. In April 2010, Dropbox users sent 2.8M referral emails. It’s these kinds of referrals, those that align the incentives of both parties and ones that are natural to the product, that seem to work the best.

But what theory, which frameworks, can help a startup think through the rich mechanisms for creating social sharing features that feel right? I believe it’s social capital. The notion of social capital is a relatively new one. First coined by a Frenchman in the 1890s, social capital reached prominence only 100 years later when economists began to use it as a framework for understanding how people made decisions. They reasoned that it’s impossible to model human decisions’ without understanding the social fabric in which people live.

The best resource I found that summarizes the current state of social capital research is a doctoral paper written by Eleonora Lollo. In that paper, the Eleonora drew the chart above which captures the 4 types of Social Capital. They are:

Some services may ask users to expend multiple types of capital. At Facebook’s outset, when it restricted friend networks within colleges, users expended bridging capital. As Facebook relaxed those constraints, the new friend behavior emerged, leading to linking capital creation. Now, Facebook can also be a place for people of similar political beliefs to congregate, a place to exchange identifying capital.

At its core, creating a successful viral growth mechanism or a referral mechanism for a product means understanding the types of social capital that will be exchanged when one user invites a potential new user. The study of social capital and its applications is still relatively new and novel, but the framework described by Eleonora in her thesis is a valuable tool to design the social interactions and invitation mechanisms of all kinds of products.