Will Your Startup Borrow More in 2022?

In 1968, Milton Friedman argued “In the Price of Money,” that higher interest rates don’t mean less borrowing. He would echo this sentiment in an article Reviving Japan.

Is this true in venture capital? As the Fed raises rates in the next few quarters, will startups borrow less? We’ve established that interest rates are uncorrelated to startup financing over the last twenty years. But what about debt? 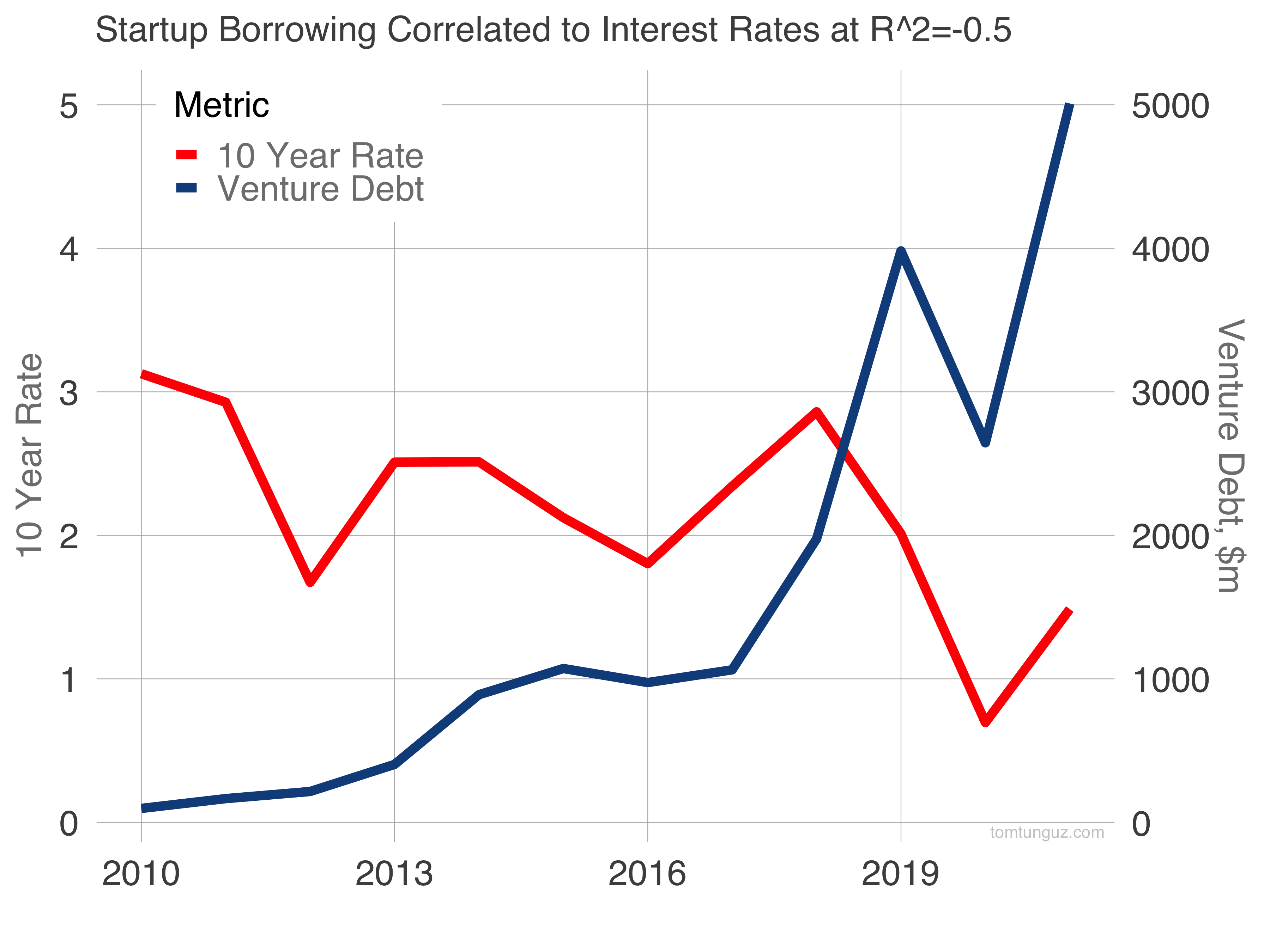 Over the last ten years, venture debt correlates well with interest rates. At -0.5 correlation, interest rates explain about one quarter of changes in the venture debt dollars raised. The more expensive debt, the less of it startups seek. This goes against Friedman’s view.

What about the ratio of debt to equity? Irrespective of the environment, debt is always less expensive than equity because it’s far less dilutive. Given the low-interest rate environment, have startups shifted their share of dollars from equity to debt? 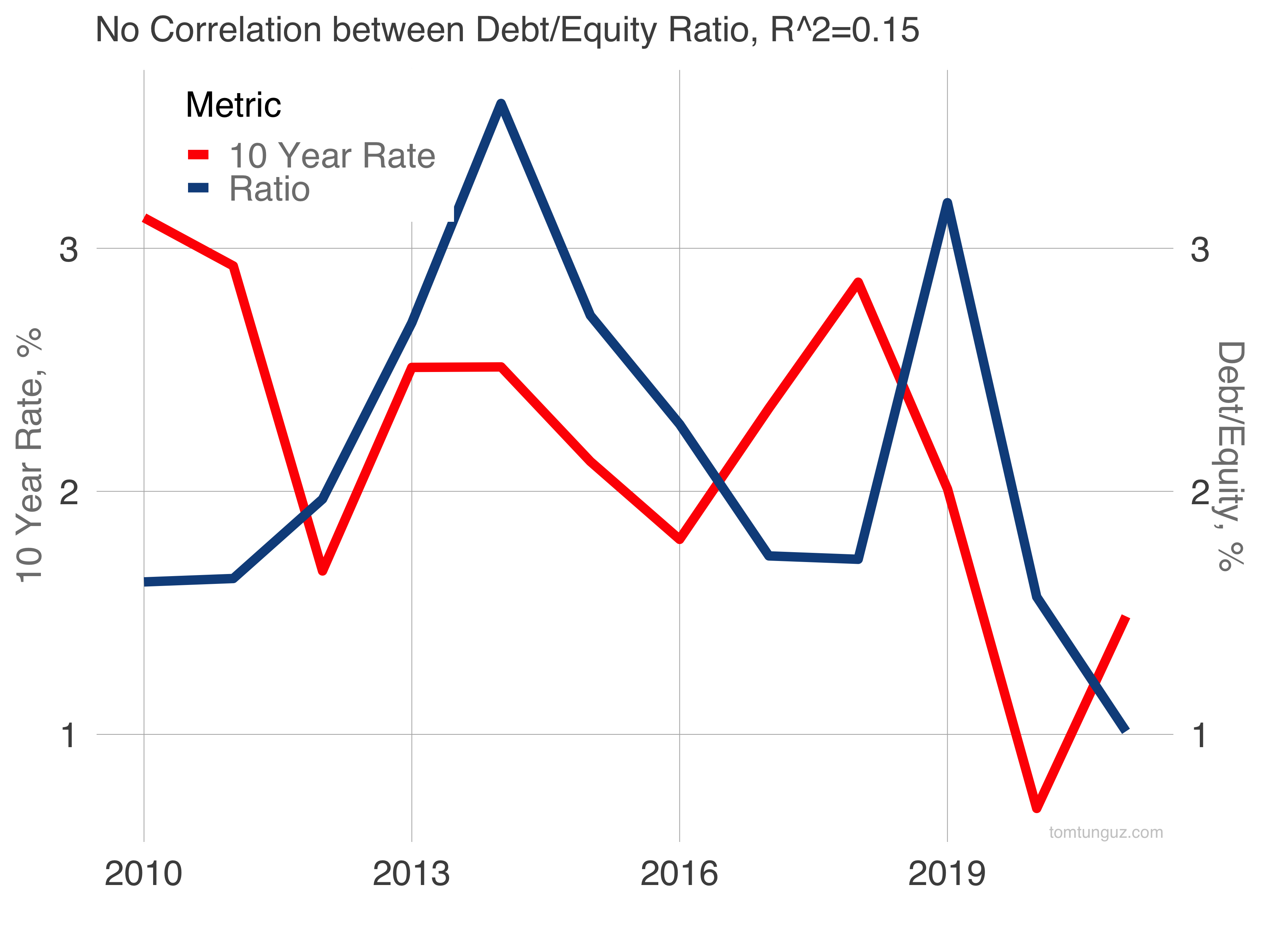 In short, interest rates do influence how much debt startups seek in aggregate, but the ratio of debt/equity for each startups is relatively constant throughout time. At least according to this data, Friedman’s Fallacy applies at the macro-level, but not at the micro-level.