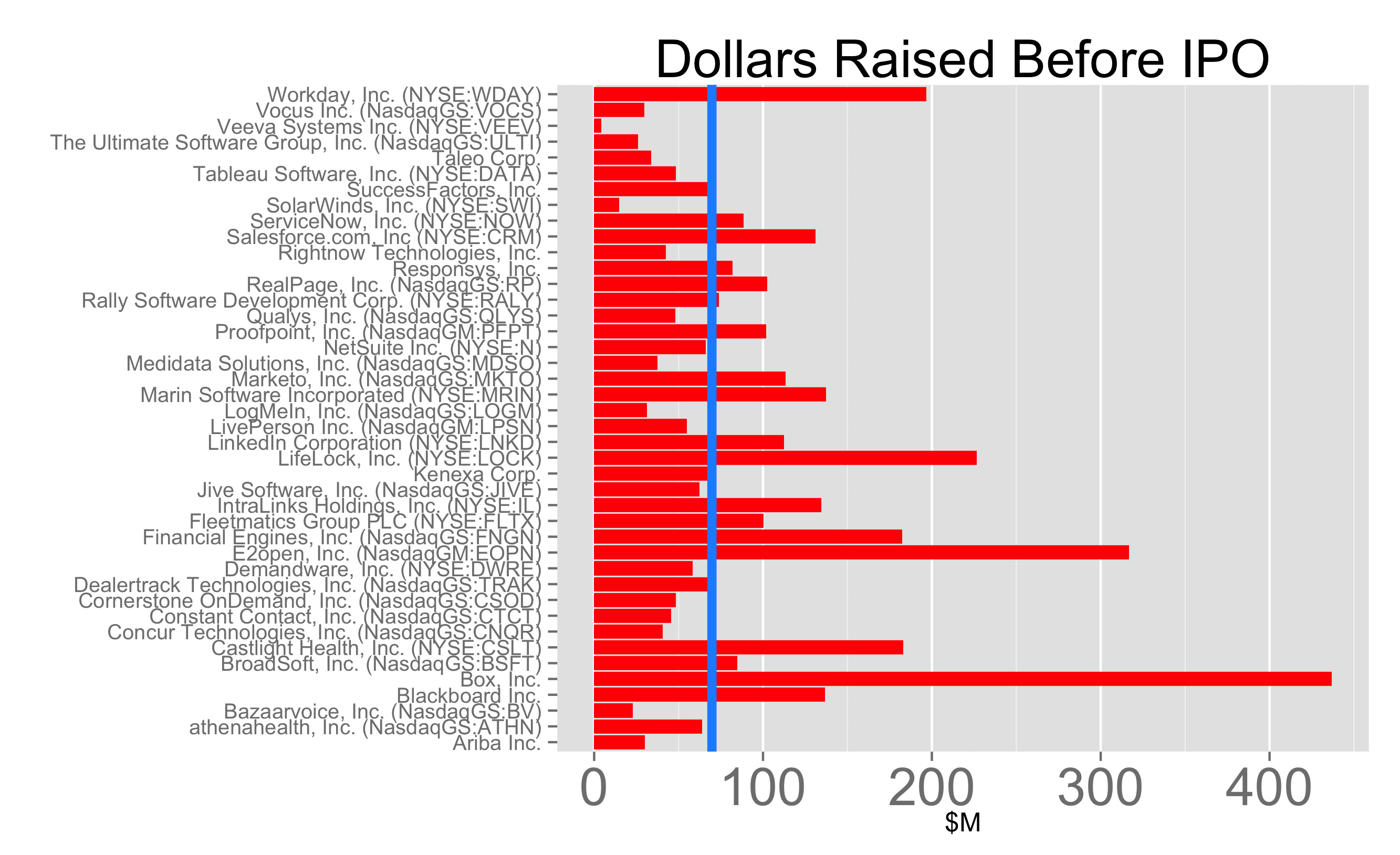 One of the cloud’s great promise has been cost-reduction and for a while, we’ve chanted a mantra that startups require less capital than before to get started and ultimately succeed. As the number of publicly traded SaaS companies has grown with time, it’s possible today to examine whether those statements are proven in the data, at least for those 41 publicly traded companies.

The median doesn’t tell the story because the variance across the different companies is enormous. At the top end of the range, Box has raised more than $400M. At the bottom end, Veeva raised only $4M - a 100x disparity. So it’s clear there isn’t just one way to build a hugely valuable SaaS company.


From this table, we can identify five key trends:

In other words, the typical round size for SaaS companies hasn’t changed materially over the past 16 years but the number of rounds has doubled, which has doubled the amount of capital a startup raises in aggregate before IPO. At least on the surface, the data indicates SaaS companies aren’t more efficient.

That pattern may be driven by an increasingly friendly financing environment or because of increased capital needs of the business or many other reasons. So the next question to answer is capital efficiency. In a future analysis, I’ll calculate the ratio of revenue dollars to VC dollars invested to get a sense of the reality of cloud capital efficiency per revenue dollar.