What do Google Search Query Trends Reveal about the Changes in How We Work?

I was reading an article in the NY Times about how we’re all using much more internet than we have been. Consequently, YouTube is throttling video quality, and some of our services are slower than before. I’ve also heard anecdotally that some forms of content marketing are doing well in an era when knowledge workers sit before our laptops all day.

I wondered where I could find some interesting data about these patterns. I couldn’t find real-time data about bandwidth, but Google’s Trends product does show near up to date Google queries, which is a good proxy. 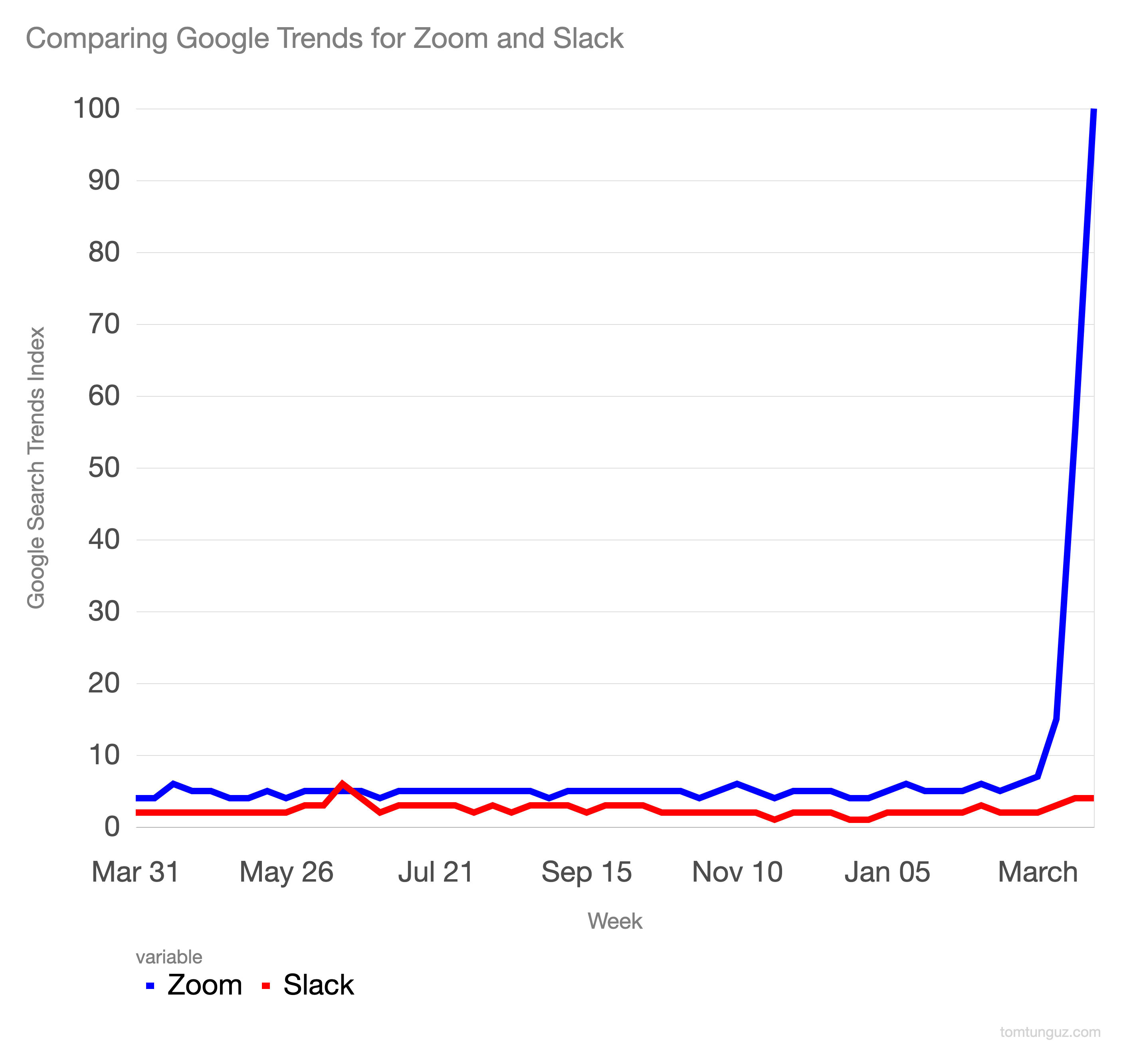 First, I started with the two behemoths of working from home software: Slack and Zoom. Stewart Butterfield tweeted about the growth of active users in the last few weeks, from 10m to 12.5m. Take a look at the differences in search queries between Zoom and Slack. Zoom is basically vertical. 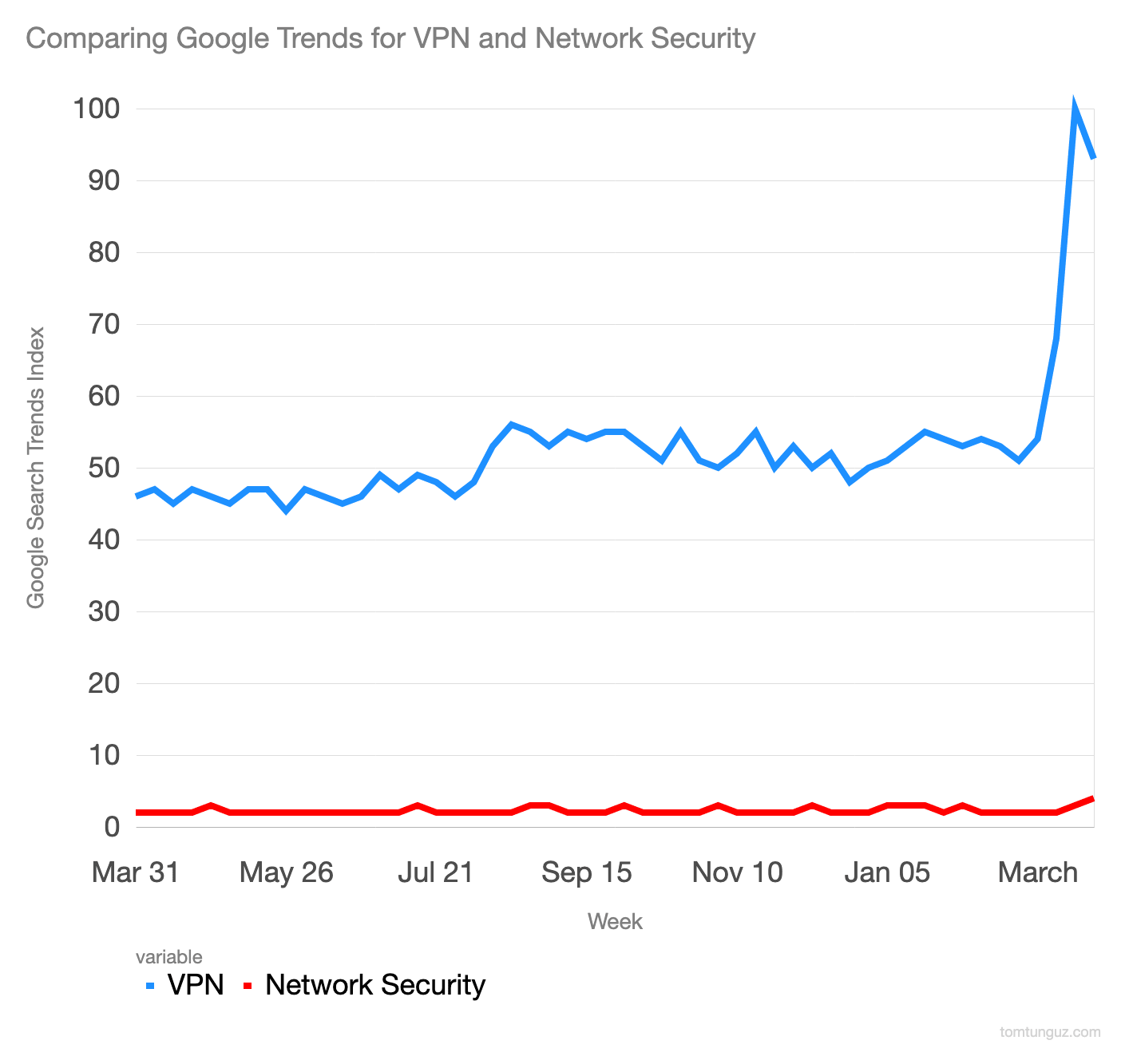 In talking to a few friends at larger companies, I’ve learned their IT teams have been struggling to deploy VPN (virtual private networking infrastructure) to all their employees, who are suddenly working from home. Some had mentioned the importance of security to accompany the broader network perimeter. Though the data does show a spike in VPN interest, there’s no commensurate bump for security. First things first - just get people online, then secure them. 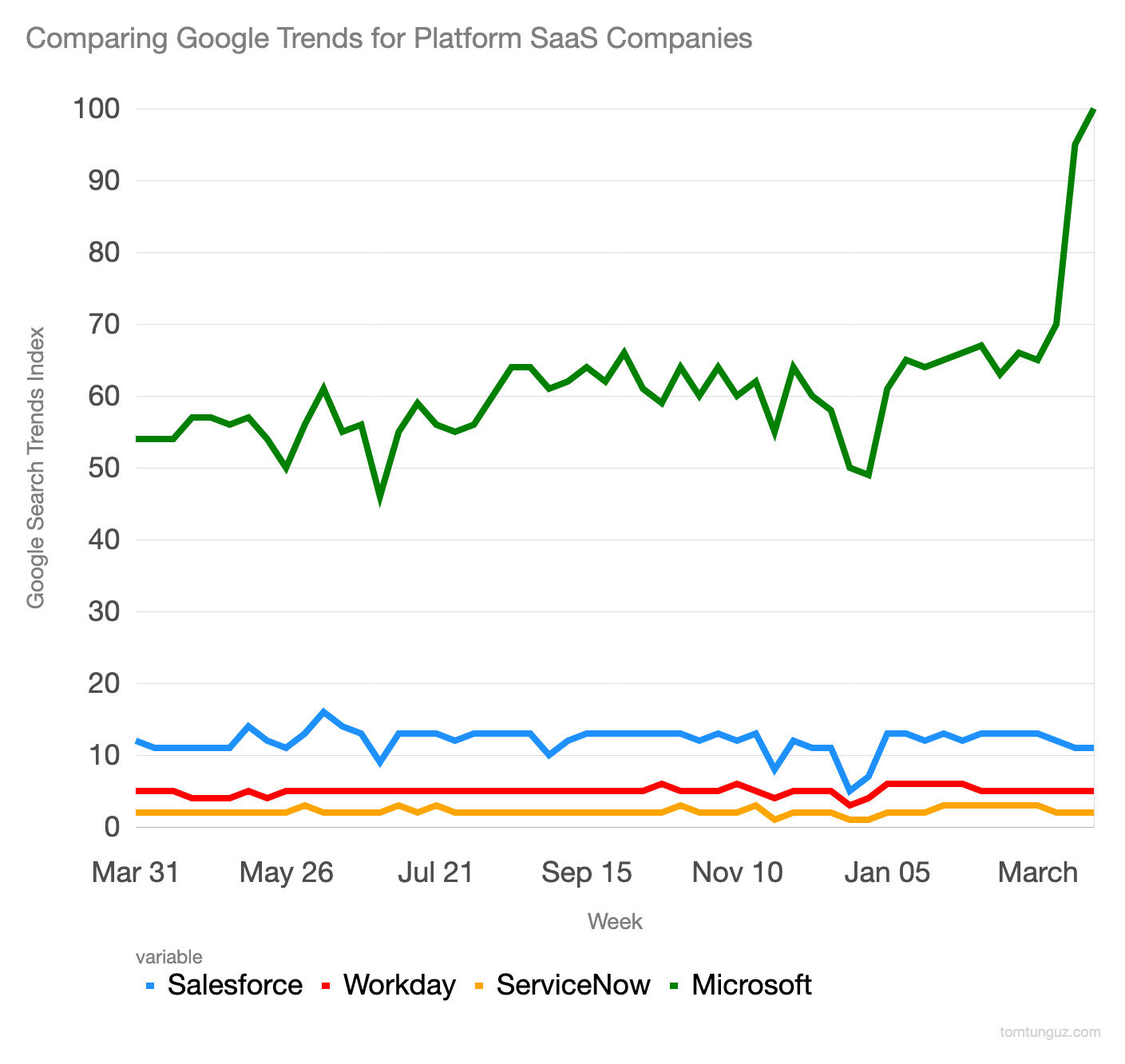 How about the big platform SaaS companies: Salesforce, Workday, ServiceNow, and Microsoft? Everyone but Microsoft is flat. The difference in query volumes might be due to a similar phenomenon to Slack because of Microsoft’s Teams product. But it also might be tied to massive loads on their infrastructure. ZDNet reported demand for Azure is up 775%. 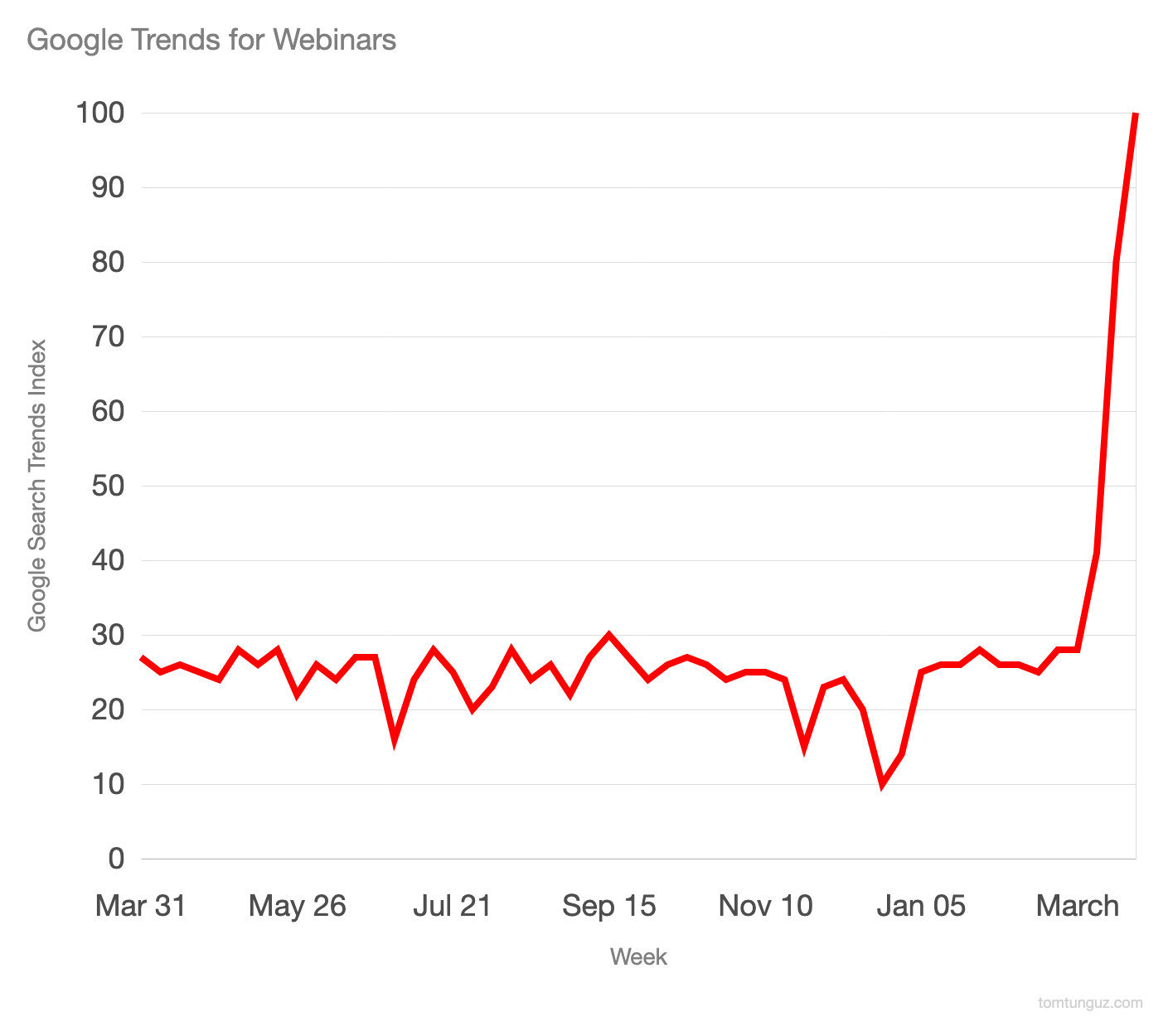 As for marketing to people in front of computers all day, the webinar is the new meetup, conference, whitepaper, online ad, or any other campaign that one might have run in 2019.

These charts show our working patterns have morphed radically in just a few weeks. And within the search patterns of your customers are likely some valuable insights to mine. The Google AdWords Keyword Tool is another promising place to start.