Thanks to the many readers who wrote in to Guess the Startup on Friday. There were a torrent of ideas: Mongo, Twilio, Snowflake, Databricks, Niantic, Klayvio, Microsoft, DataStax, Zoom, and Peloton. 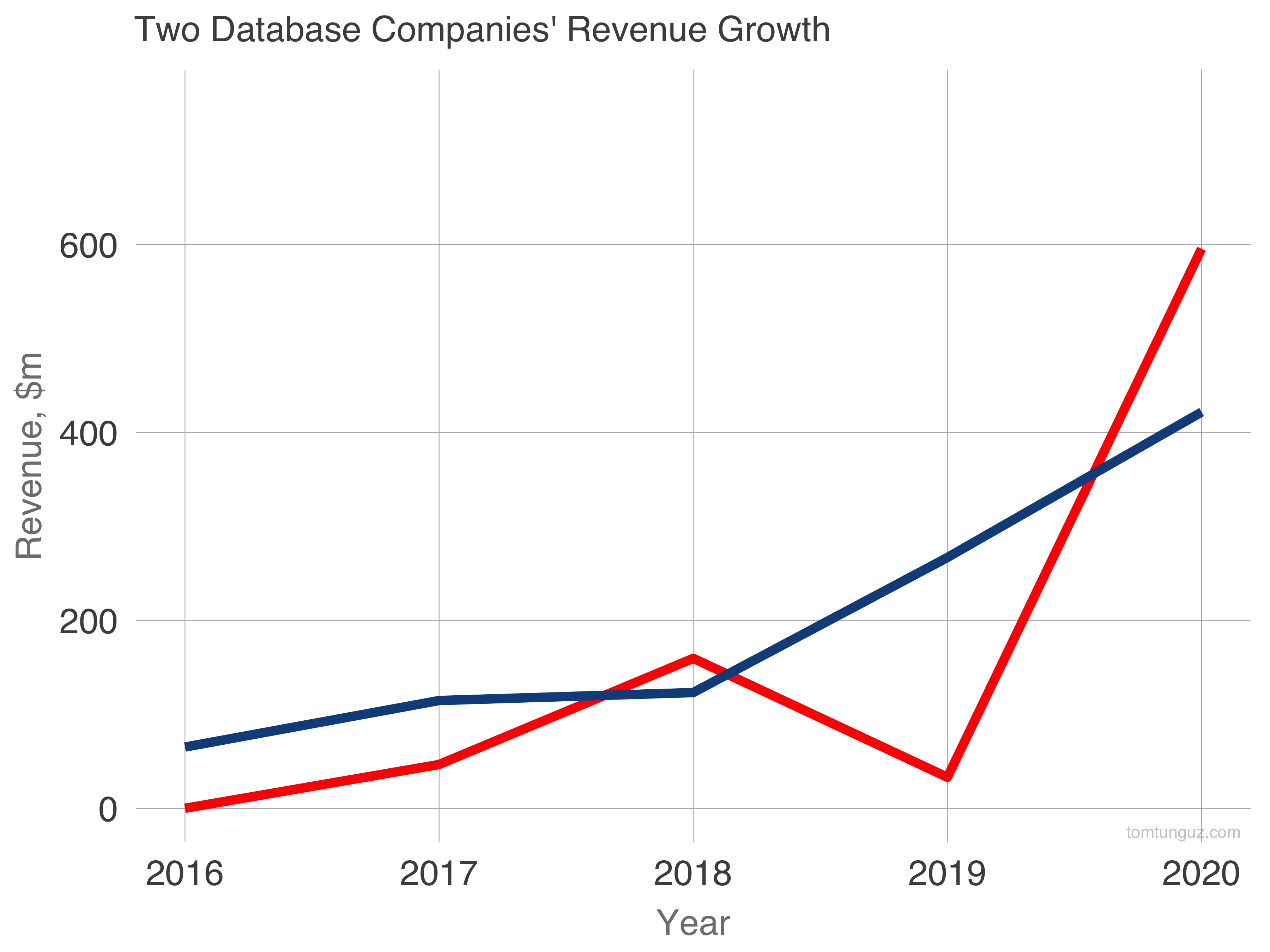 Here’s the early revenue chart again. Blue Company is none other than MongoDB, one of the most successful standalone database companies. Red Company is Ethereum.

To the many people who guessed correctly, congratulations! I’m impressed by your knowledge of the tech landscape.

I had three goals for the Guess the Startup Post.

First, to have a bit of fun on a Friday.

Second, to show that database companies across web2/web3 can trade at similar multiples, which was a surprise to me. After all, MongoDB and Ethereum are vastly different entities for many reasons.

We’ll have to see how these two companies trade relative to each other in the future, but they’re closer today than I would have expected. Over time, these companies’ multiples may move together. After all, an investor looking to buy the best database investment will have to choose between Ethereum and Mongo (amongst others). So inevitably, investors will compare web2 and web3.

But, there are many questions to answer about the differences between equity and tokens before the valuation multiples across these two categories reach a consensus.

Third, to highlight the revenue growth of web3 vis-a-vis web2, and the value creation possible. At $310b, Ethereum’s market cap is more than 15x Mongo’s market cap. 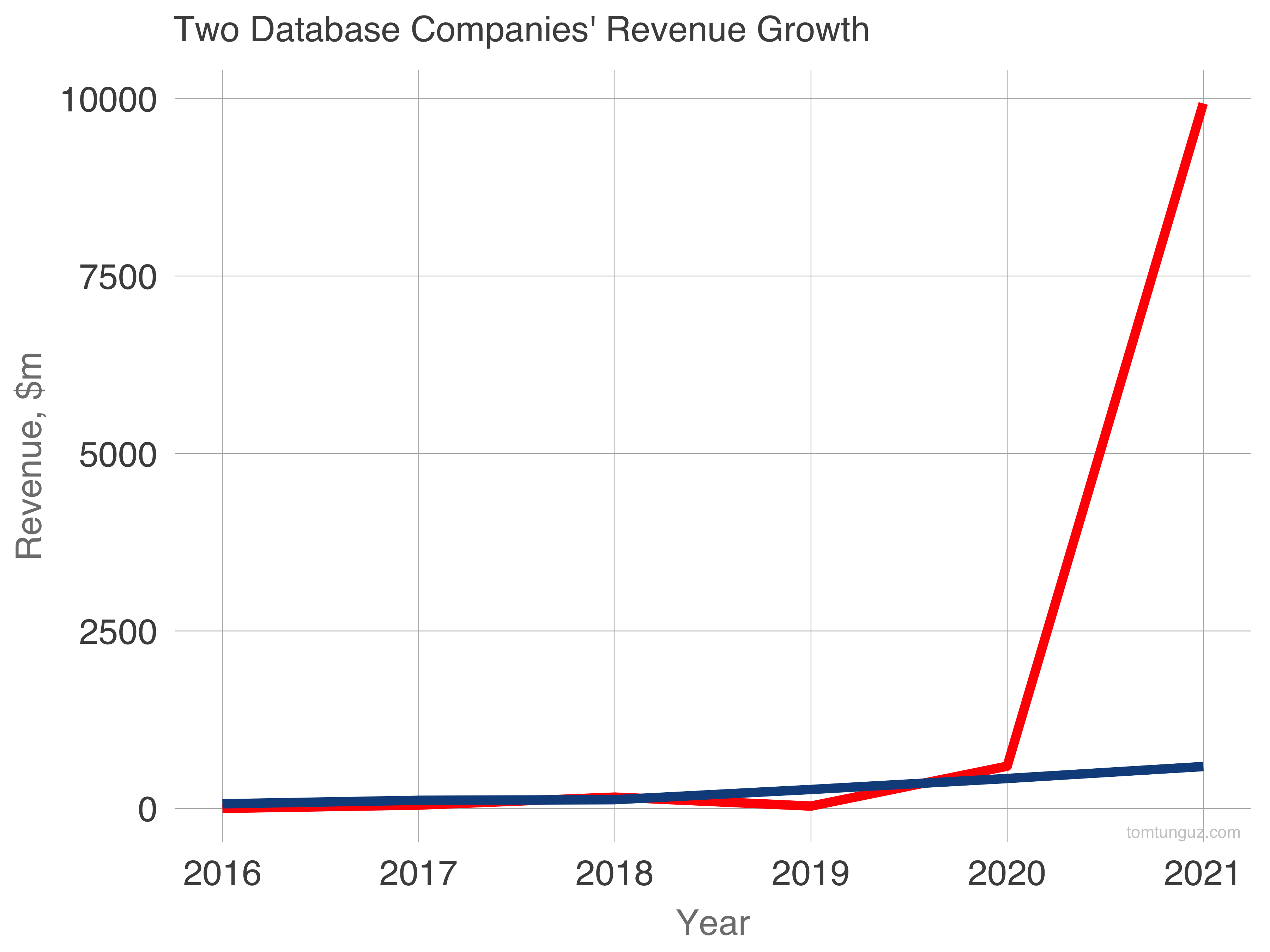 But about a year ago, the revenues of both businesses were identical (see above). A 16.6x growth rate in a year would be the envy of most seed stage startups. It’s truly unprecedented at the scale of hundreds of millions of revenue.

Both Mongo and Ethereum are phenomenal businesses, each achieving a unique position in their market in different ways.