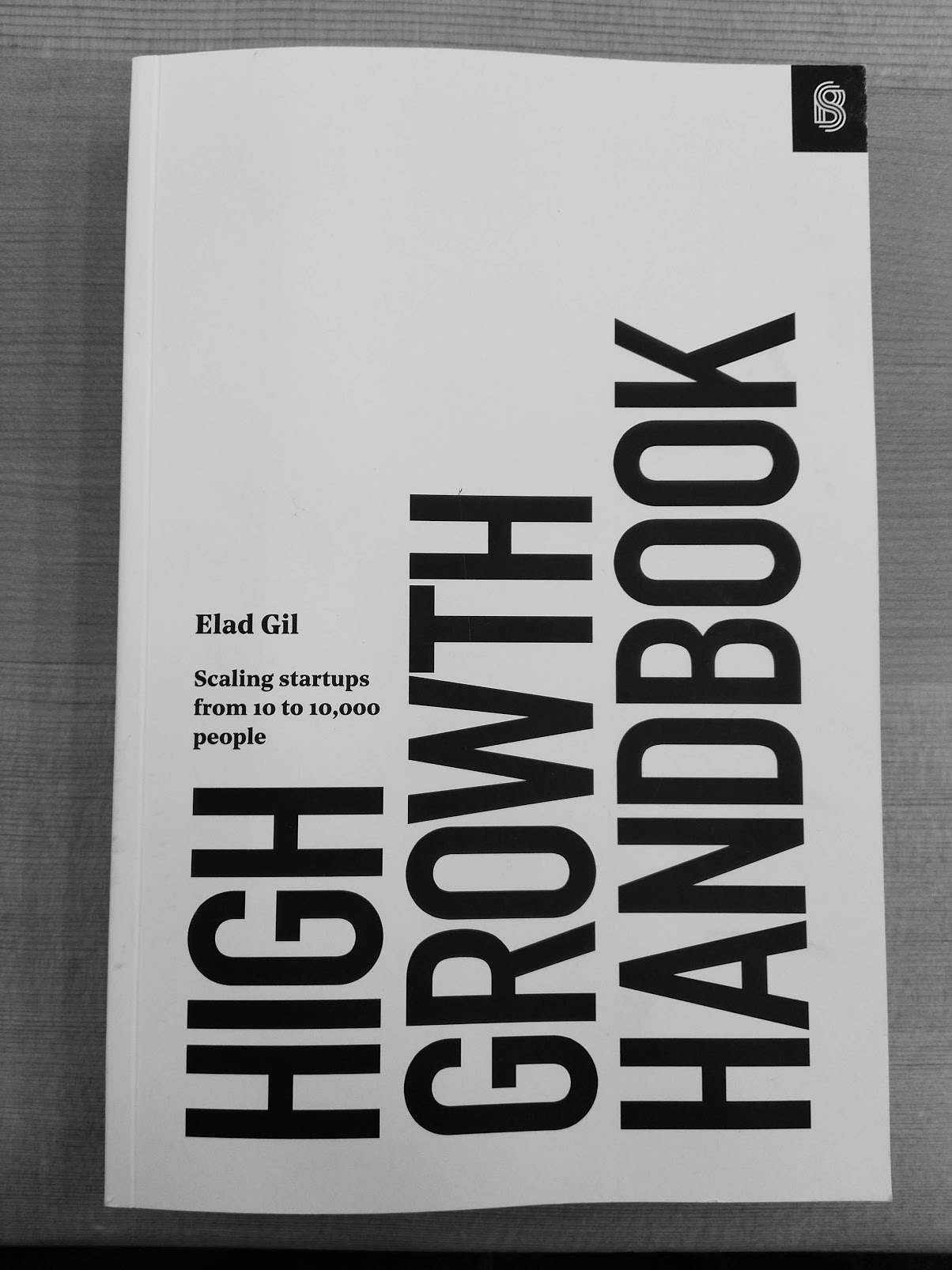 I first met Elad Gil when I became an associate product manager at Google. Back then, he had an unusual habit I noticed right away. Most people carry their laptop in the same way. The laptop is closed, in hand, between the hand and the hip. Elad carries his laptop open, powered on and by the top or bottom corner. He’s so smart and has so much cognitive bandwidth, he simply doesn’t have time to wait for the computer to wake from sleep.

I’ve admired the way Elad decomposes problems and proposes solutions from those early days in Building 42. High Growth Handbook shines as a straightforward manual for startup founders. It explains the theory and the practice of building a company from his point of view and that of many luminaries.

There are a few passages from the book that struck me.

Marc Andreessen: “In fact, the general model for successful tech companies, contrary to myth and legend, is that they become distribution centric rather than product centric…Would you rather have another two years' lead on product, or two years' lead on having a state-of-the-art growth effort?”

The longer I’m involved in the world of startups, the more firmly I believe this. Distribution is a long term sustainable competitive advantage. That’s what it means to be a platform: distributing other products. Cisco, Microsoft, IBM, Salesforce all do this to reinforce their dominance.

Claire Hughes Johnson: “I wrote a document back when I was at Google called, ‘Working with Claire.’…It spread quite quickly through the organization…I think founders should write a guide to working with them.”

In the book, Elad reprints Claire’s document. Seeing a document like this inspires me to create such a document. We all figure out how to work with each other over time, but it can take years. Short circuit the process to get to a stronger working relationship.

Keith Rabois: “A really great executive is six to twelve months ahead of the curve. This is a simple, clear way of articulating how to evaluate management team members that founders and board members can debate.

The book spans many topics and it’s worth reading once and then keeping it on your desk. It’s an almanac for anyone starting a company.

If you do buy a copy, do me this favor. When you carry it around, hold it by the corner.