How much can a customer success manager manage? I’d heard the wisdom of $1-2M in ARR per year and around 80 accounts. But I hadn’t come across any data. Last summer, Gainsight posted the results of their survey on the topic. The truth is most CSMs manage between $2-5M in ARR and somewhere between 10-500 accounts. But it varies by segment. 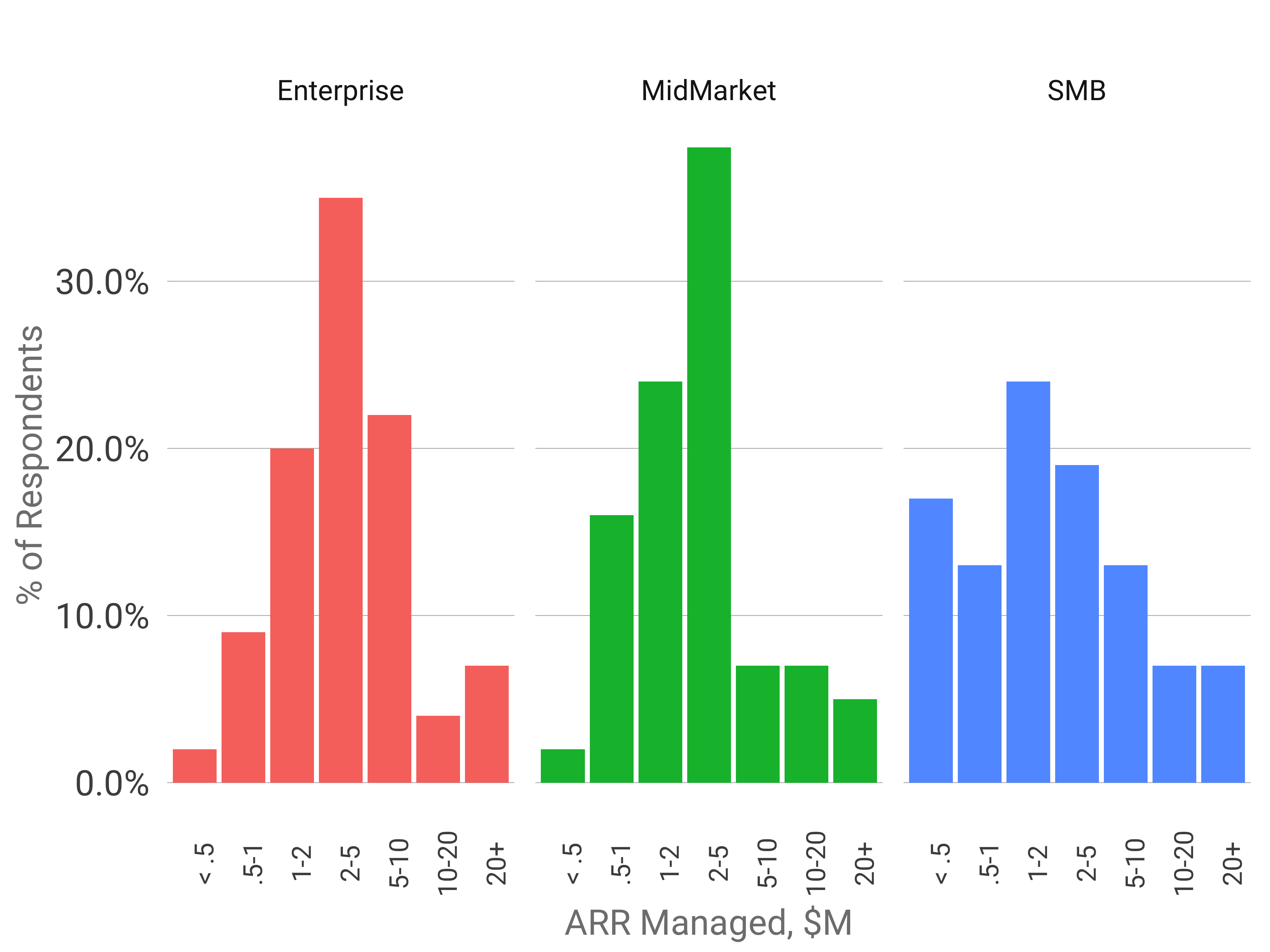 The charts above display Gainsight’s data. I’ve reformatted them to compare segments side-by-side. In the Enterprise and MidMarket, the survey indicates most CSMs manage $2-5M in ARR. We see a normal distribution with a slight left skew. This means it’s rarer to see a CSM manage 10-20M in ARR than $0.5M-$1M in ARR in both cases.

In the enterprise, CSMs may be dedicated to a handful of large accounts boosting ARR per CSM. In the mid-market, where each account is worth in the mid-tens-of-thousands, 75% fewer CSMs manage $5-10M in ARR than in the enterprise. There is an upper limit to the number of relationships a CSM can manage. We’ll look at that data in a second.

In the SMB the distribution is more uniform. Price points in the SMB can vary widely, as can the success effort. In some cases, much of the CSM work might be automated because the work is lighter touch enabling greater efficiency per CSM and consequently higher managed ARR. 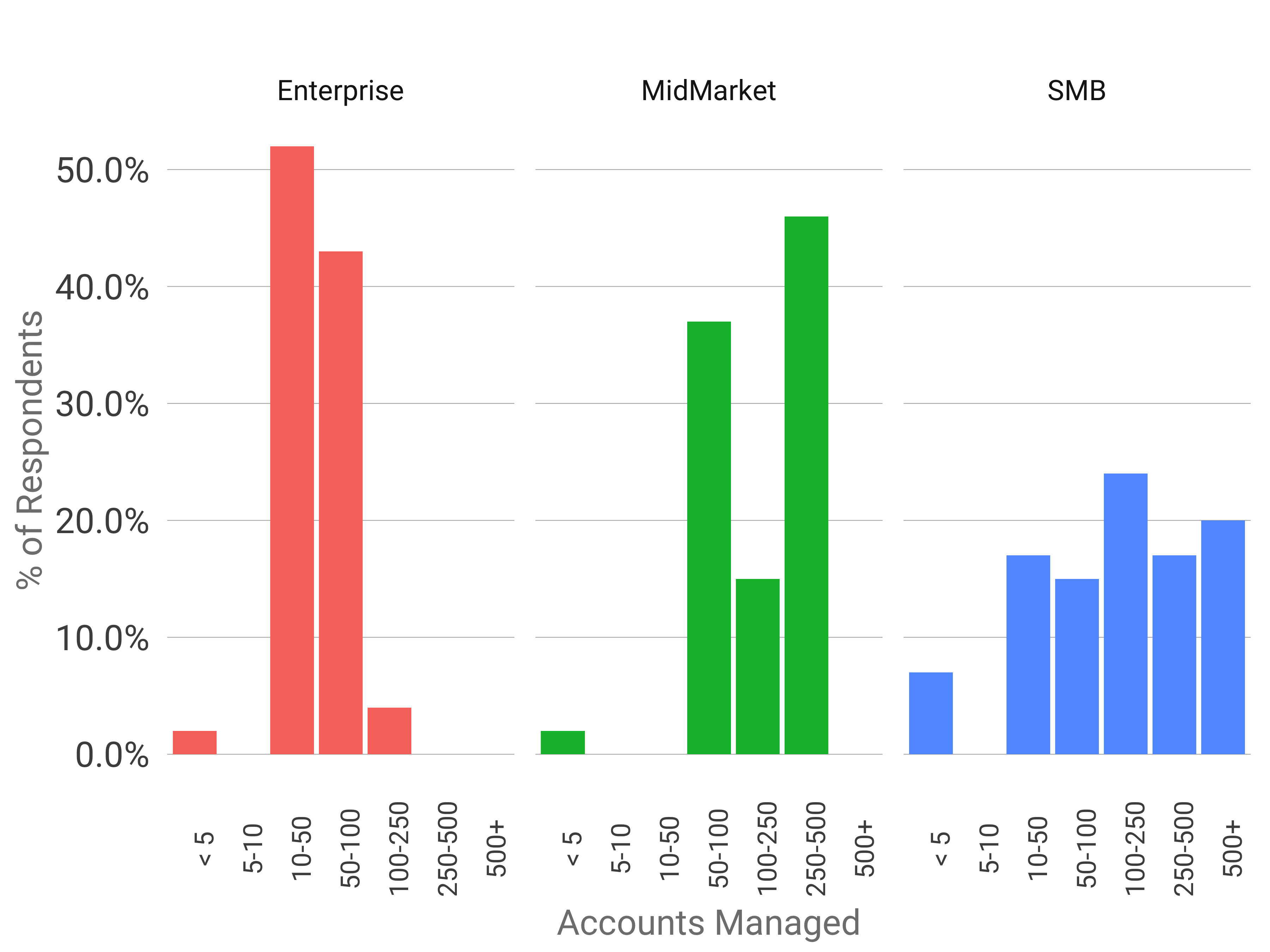 If we take the midpoint of the most popular ranges in the enterprise to estimate enterprise ACV, we get $3.5M in ARR/25 accounts for $140k ACV.

The mid-market has a bimodal distribution: a spike at 50-100 accounts and another spike at 250-500 accounts. Doing the same midpoint math, the data suggests there are two types of MM companies: those in the 10k range and others in the 50k range. They are roughly equal in sample size for this survey.

The ARR per CSM figures in this survey were higher than I had expected. This is a pleasant surprise for startups because it means the CSM investment per dollar of ARR goes further.

The next analysis I’d like to see is the correlation of ARR/CSM to logo retention and customer expansion to answer the question: does a lower ratio of ARR/CSM translate into better expansion and retention?