All New Ideas are Combinations of Old Ideas 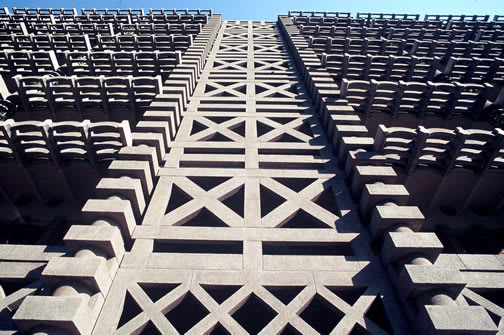 “All new ideas are combinations of old ideas, but not all idea combinations are created equal,” wrote Frans Johannsen. Mick Pearson designed the Eastgate office building in Harare, Zimbabwe based on techniques he observed termites employ to stabilize the internal temperature of their nests. Remarkably, the Eastgate maintains an ambient temperature between 73-78°F despite variances in external temperatures from 58° to 88°. Johannsen argues in his book that most innovation comes at the intersection of fields, and Pearson is just one example.

In 2005, an economist named Benjamin Jones published a paper called The Burden of Knowledge and the ‘Death of the Renaissance Man’: Is Innovation Getting Harder?. At one point in time, they were a handful of people who knew nearly everything there was to know about the world, he argues. Today, that notion is laughable. Even PhDs who spend 5 to 6 years researching a particular field like machine learning specialize in a niche and will not be experts in just the field of ML.

Jones argues to innovate today given this explosion of information, we have to assemble teams whose expertise complements the other team members, so that we can all work on the intersection of our respective knowledge.

This idea working at the intersection applies both at the limit human knowledge In fields like pure math and theoretical physics, and the everyday SaaS company.

How much does the customer success team know about customer pain points that the sales team does not? The sales team may be starkly familiar with the nuances of customer objections, but the marketing team hasn’t developed the case studies to address them. The sales leader may seek to experiment with a new sales promotion he believes will double sales, but without consulting the finance team, the company may not understand the cash implications of the sale.

In a company, innovating at the intersection often means sharing observations and data to support hypothesis. Like human knowledge, data within organizations seems to be splintering geometrically, with new databases and new data sources sprouting all over the organization. Each data set a new source of insight, like an individual PhD working on a niche.

Innovating at the intersection within businesses means sharing data. One of the most important recent advances for startups is the combination of Segment Sources and Looker Blocks. The combination of these two technologies enables companies to analyze funnels from end to end: from marketing campaign to landing page to contract signing to customer success interaction to lifecycle marketing campaign to upsell.