California Dreaming - Is Silicon Valley Still the Best Place to Start a Company?

So much has happened in the last decade. We’ve seen the rise of massive startups in Europe, South America, China, Israel. Technology entrepreneurship is a global phenomenon. Within the US, there’s much talk of a diaspora out of California and Silicon Valley, particularly with the sudden move to remote work catalyzed by the coronavirus. Has the shine rubbed off the Golden State to reveal pyrite? 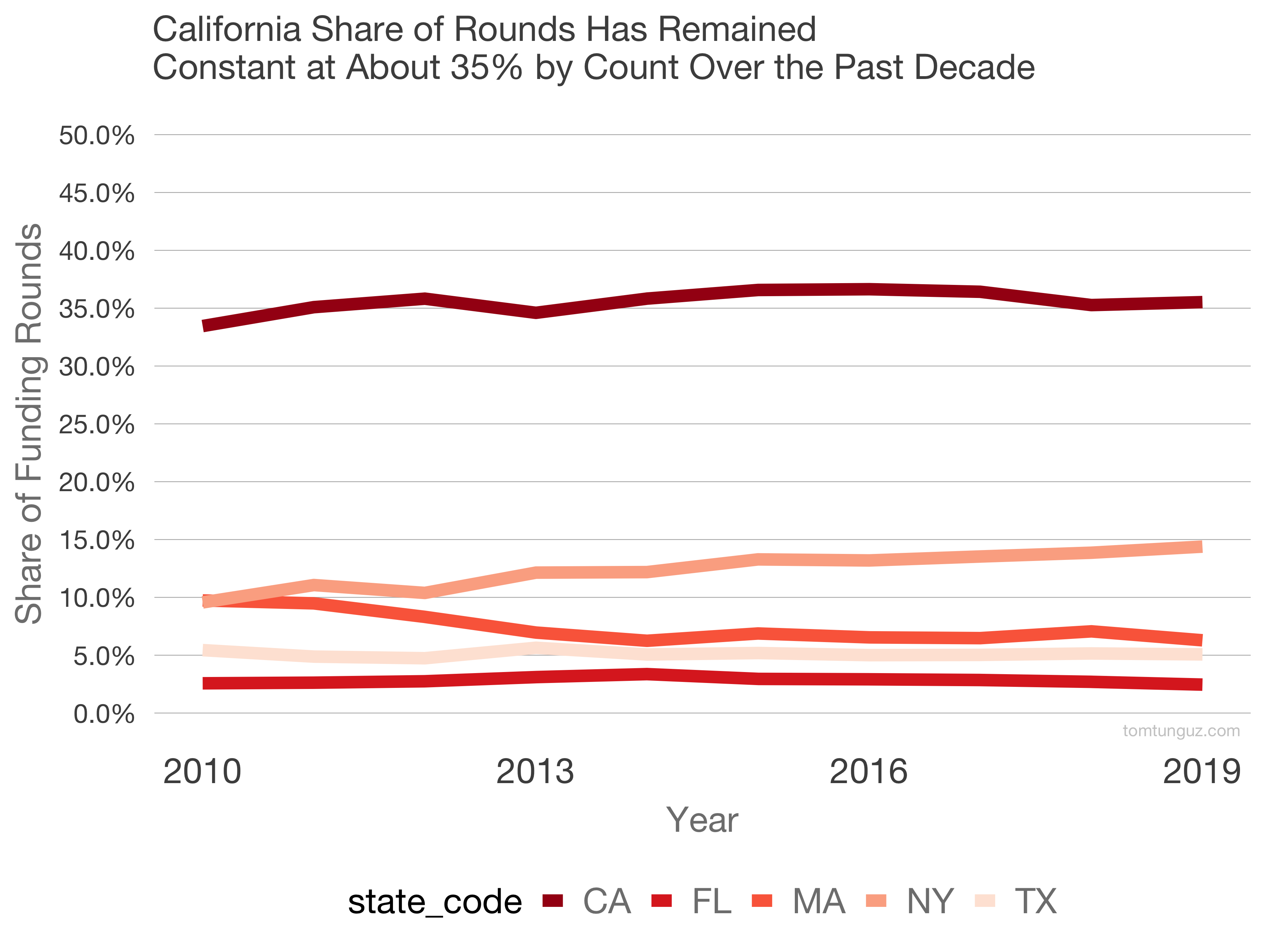 Over the last ten years, California based startups consistently raise about 35% of the venture capital in the US by round count. In dollar terms, California’s share is a bit higher at 40%. That figure hasn’t changed despite the massive increases in total venture funding from about $10B to $100B in that time frame. 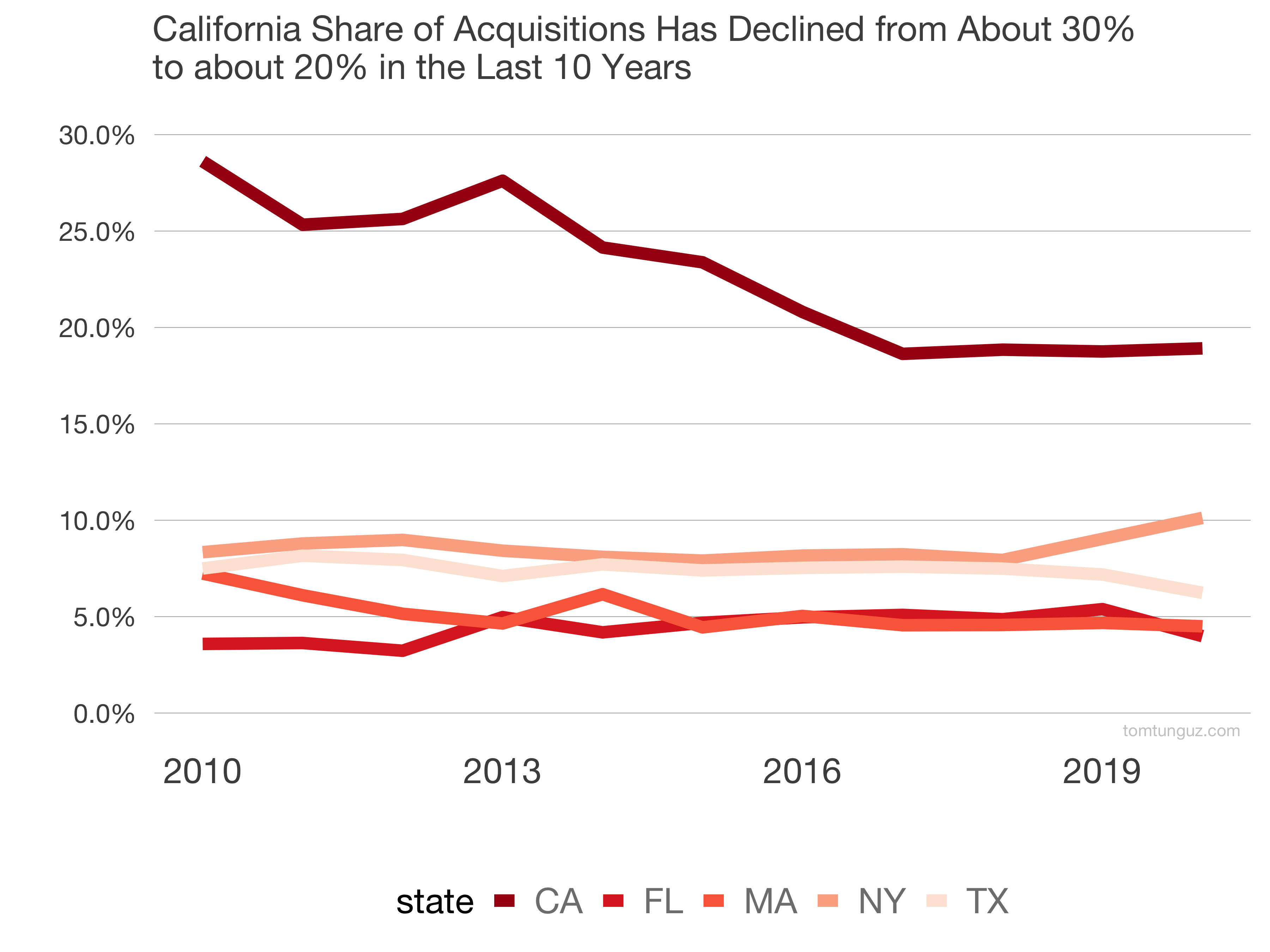 However, California startups’ share of acquisitions has declined meaningfully from 30% to 19%. Acquirers have started to shop outside of California browsing wares in other states’ aisles. Not the states you might think of like New York or Massachusetts, but the other ones. This fragmentation is a natural by-product of labor market arbitrage and the dispersion of knowledge all over the world. 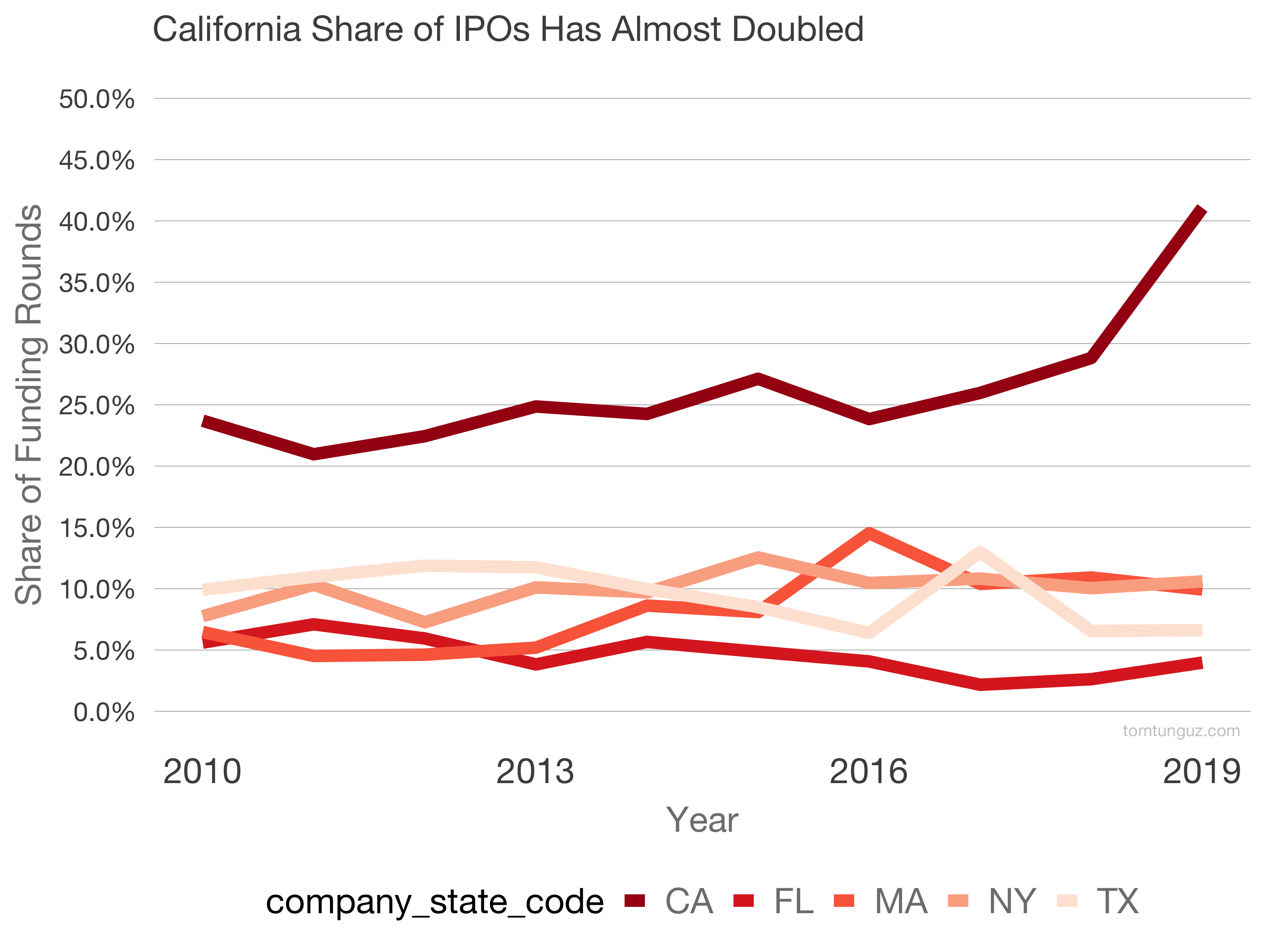 It’s not all bad news for California. The Bear Flag Republic’s share of US startup IPOs has doubled in the last two years from 25% to more than 40%. That’s important because a few goliath startups dominate venture capital returns. Although more M&A occurs elsewhere, more of the largest companies in the US are built in California.

And this persists for all the reasons that have made Silicon Valley special: the open networks, the universities, the culture, the concentration of capital. 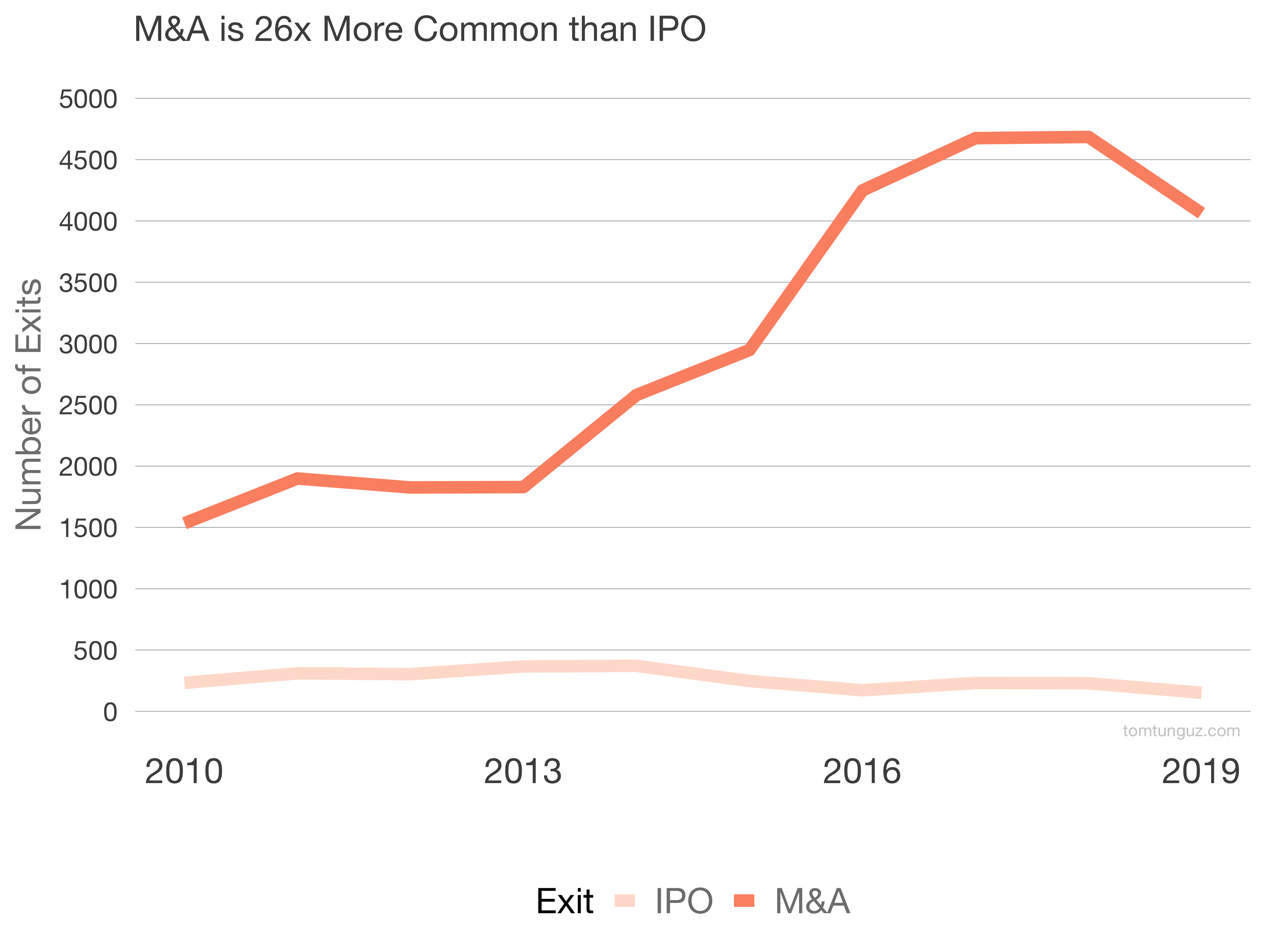 You might counter the startup IPO market is dead, long live the IPO market. And it indeed has contracted by about 30% per year since 2010, while M&A has tripled. The real litmus test is the number of billion-dollar M&A compared to IPOs, which today are almost always valued at $1B or more. Over the past decade, 102 M&A transactions have occurred for more than $1B. With more than 150 IPOs in the slowest year and better than 3000 in the last decade, the IPO remains dominant in the quest for outsized returns.

The California dream is alive and well.