The Average Value of a Tech Company is Decreasing

On the heels of last week’s post about the Health of the Public Technology Market, Felix Salmon asked the thought-provoking question above. Despite the 68x growth in the value of technology market caps since 1980, are newer average technology companies worth less? 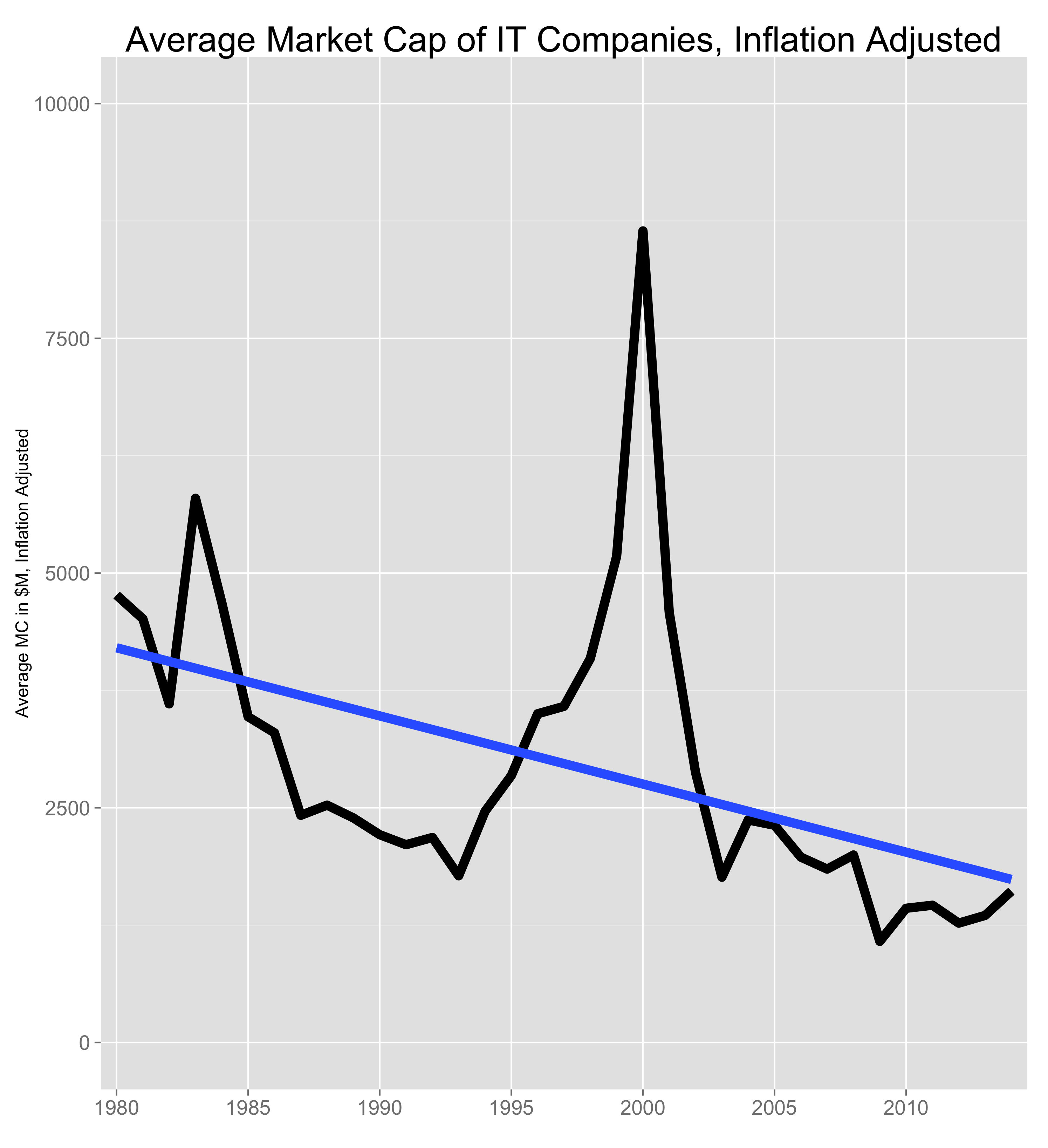 Why is this the case? The industry has fragmented and players are pursuing smaller and smaller market opportunities, decreasing company size. The first technology companies were industry creators, monopolizing transistors and mainframes. In 1981, IBM was worth about $100B in 2012 dollars and represented 76% of global IT market cap across 28 companies. Total domination.

The data supports this theory. The chart below shows the distribution of IT market caps over time. These publicly traded companies’ market caps fall into a normal distribution, clustered around $1.4B. 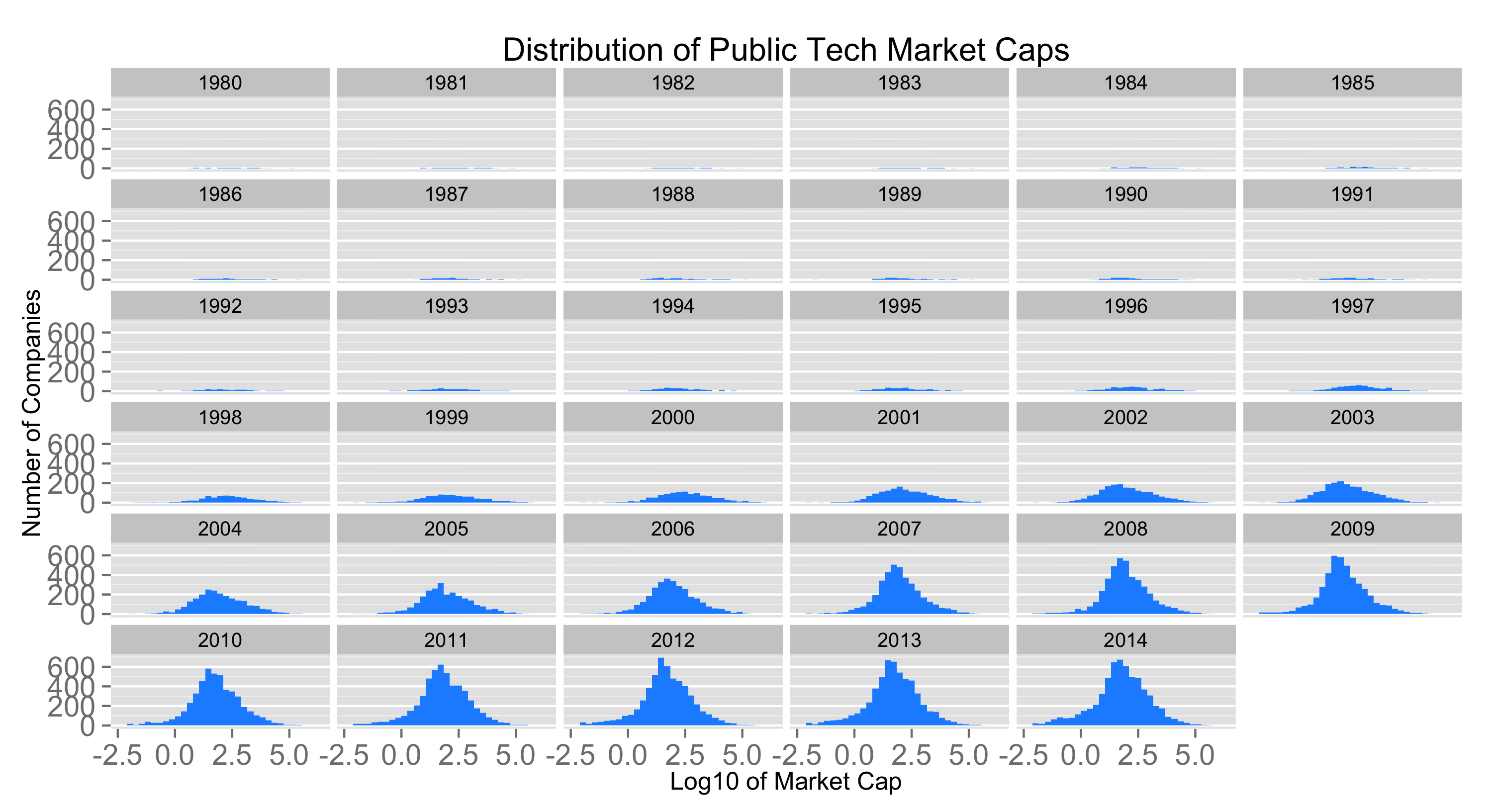 I suspect this trend will continue until significant consolidation takes place, which is quite likely. Microsoft has $80B in cash; Apple, Google and Cisco each have $50B. With all that cash and growth paramount in importance, tech M&A in both private and public companies should be quite vibrant over the next few years.

Why Everything I Thought I Knew About Churn Is Wrong