Jacob’s Ladder is a toy of thin wooden blocks attached by ribbon. If you hold it in your hand and rotate it to touch the second block, it seems to set off a cascade of blocks falling from the top. The blocks haven’t changed positions, though they do rotate. It’s a moving optical illusion. When I watch this toy, I’m reminded of the current state of the fundraising market. 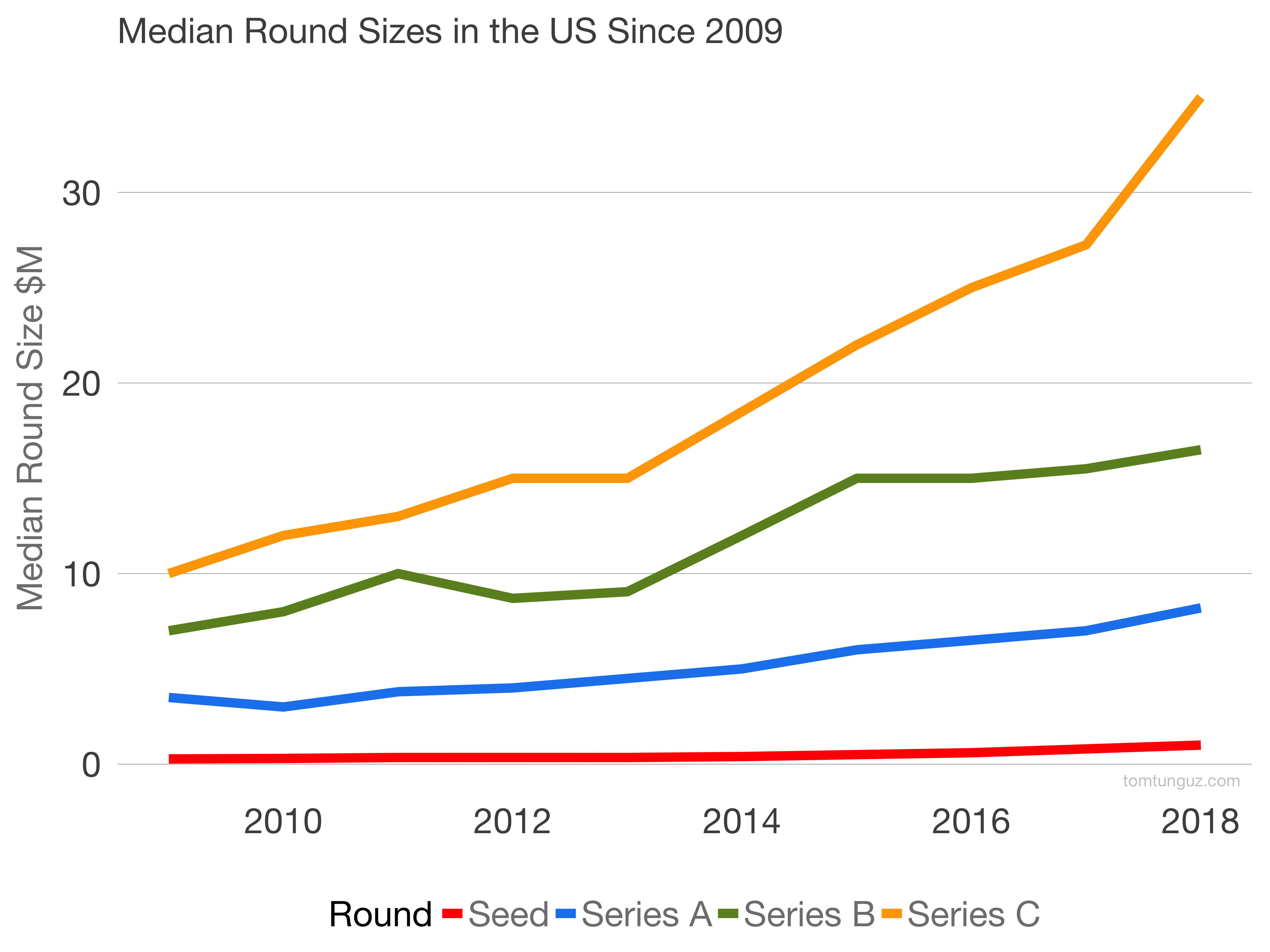 Long-term trends in the start of fundraising market have been consistent over the last 10 years. Median round sizes have increased from 2009 dramatically across seed and Series A-C. 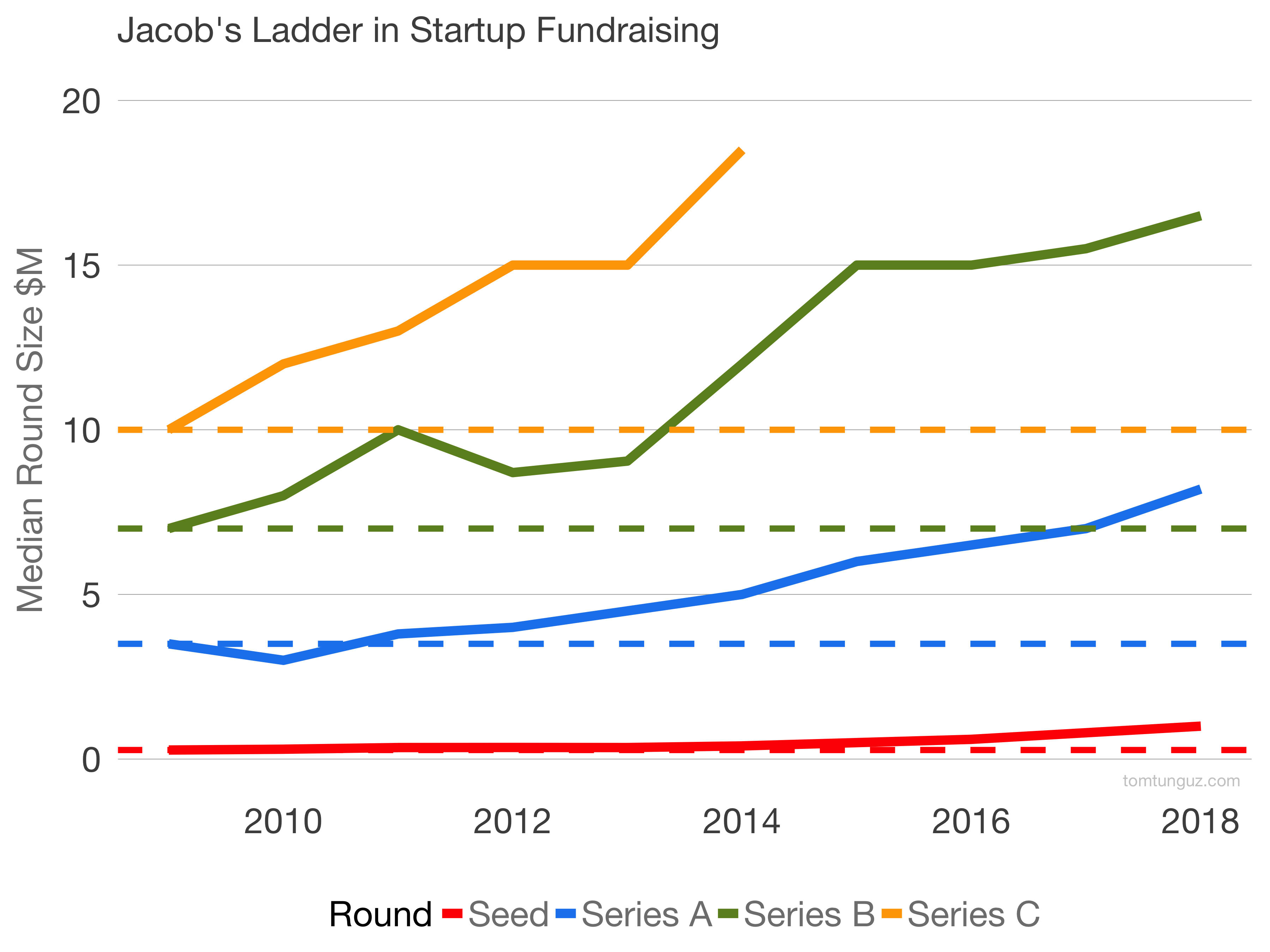 As these round sizes have grown, there is a Jacob’s Ladder effect. In the chart above, I’ve drawn dashed lines from the values in 2009 across the graph. The dashed blue line is the median series A from 2009. Seed rounds have not surpassed 2009 Series A levels. That part of the Jacobs Ladder has not flipped.

In 2009, the median post Series C startup counted $20.8M of investment through that period. In 2018, a post-Series B startup would have received $26.7M in investment - skipping a round of financing.

How do you skip a round of financing? In today’s market, raise the median amount. You’re one round of capital ahead of the startups ten years ago.

Why Your Startup Doesn't Invest Sufficiently in its Differentiators