A $30B Software Company from a $15m Investment

Constellation Software is a $30b+ publicly-traded software holding company employing more than 25,000.

A former venture capitalist, Mark Leonard started Constellation in 1995 with $15m of outside investment & a goal of buying vertical software companies with a moat & good unit economics. 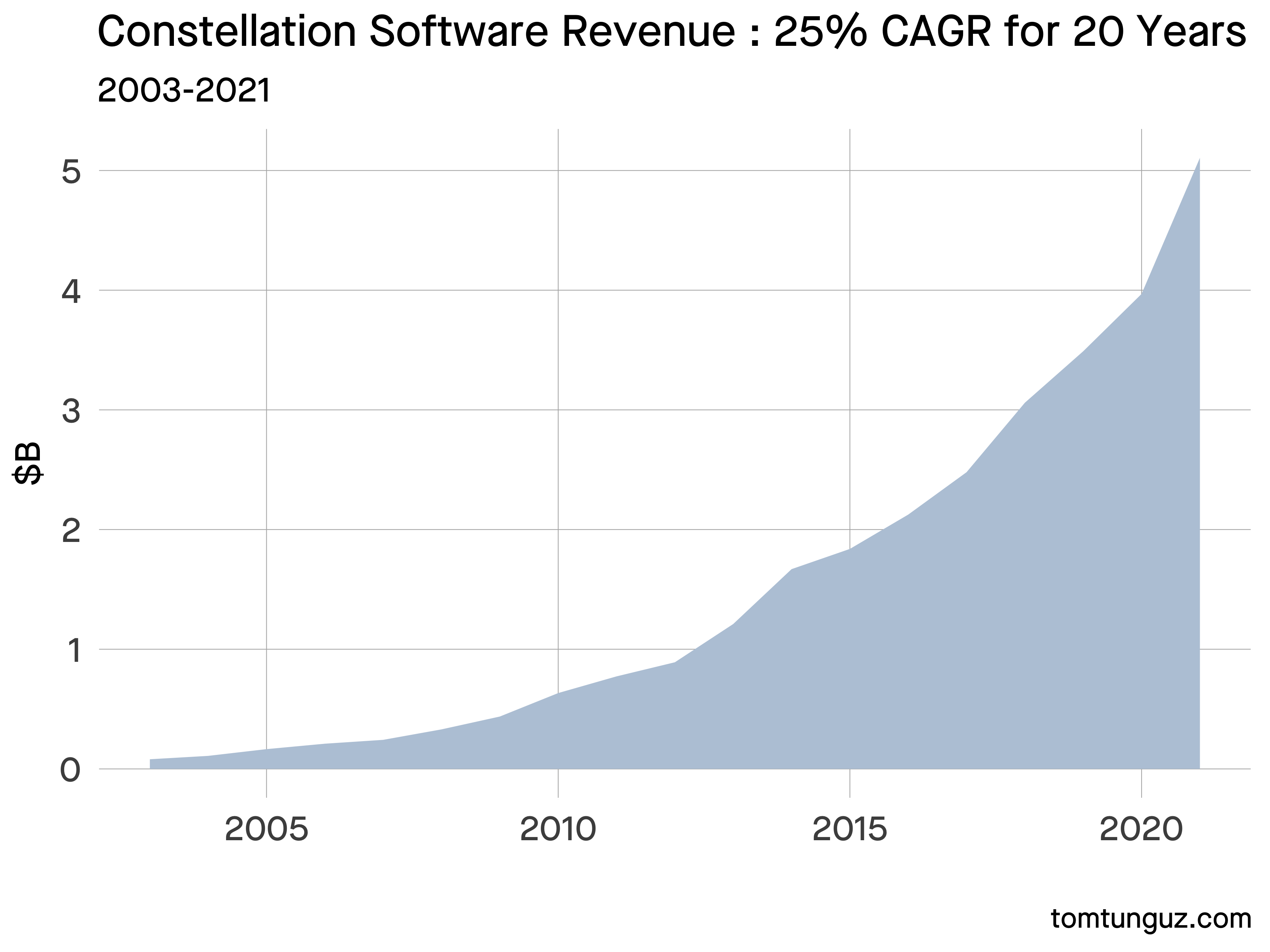 In 2014, Constellation grew revenues 40%, which today would place the company in the top quartile. But Constellation arrives at that growth in a very different way : they acquire to grow.

Constellation acquires tens of businesses each year. These acquisitions tend to be small (around $5m) & the company operates most businesses with a team of 30-40 people across 5 operating segments by theme.

In one of Leonard’s letters, he mentions that his management team reviews a business they admire in detail to understand it each quarter. In that vein, I’m highlighting a different path to the same end goal : creating a generational software business.