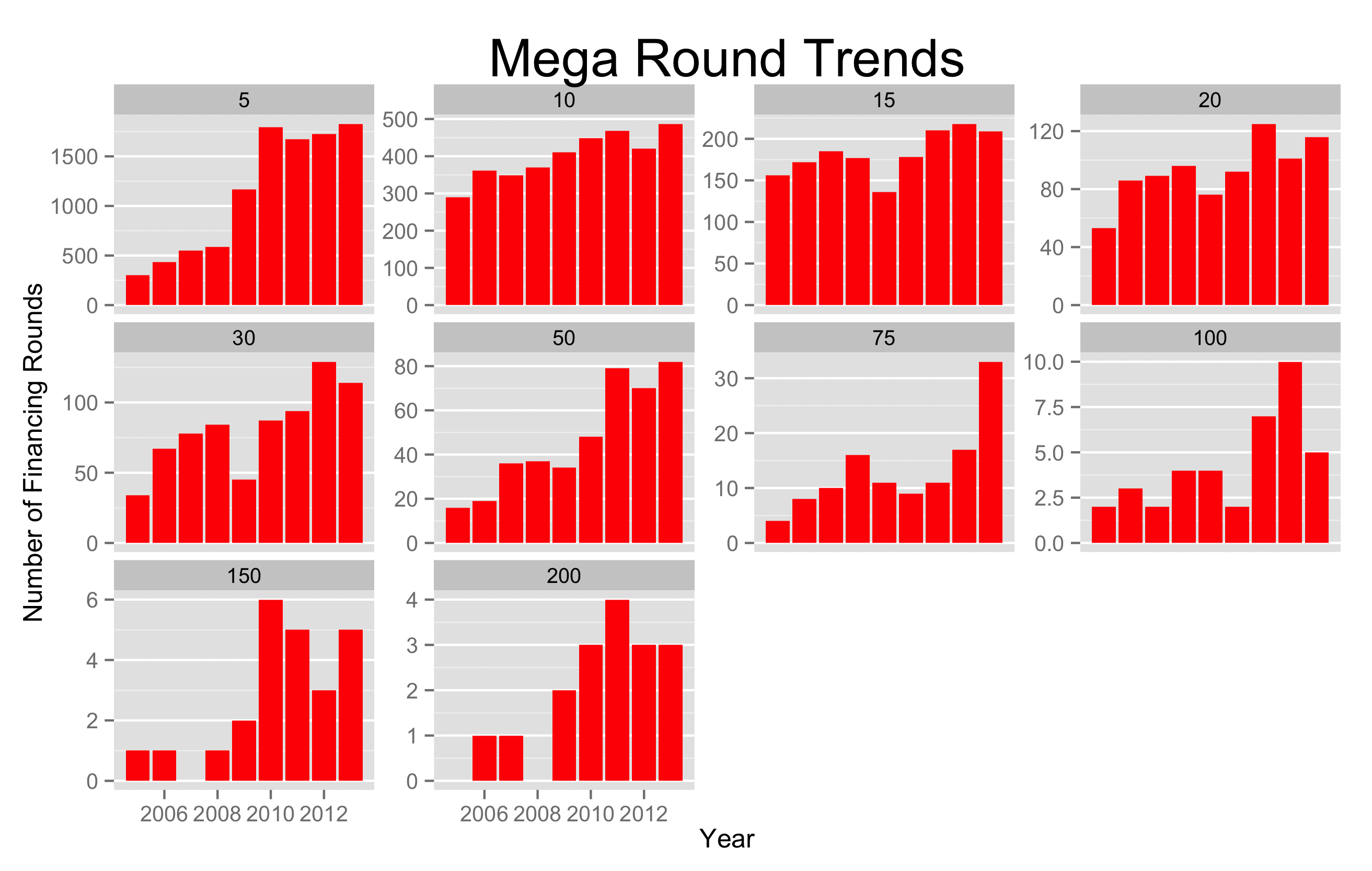 Each morning’s news seems to bring another fund-raising announcement of ever larger scale. Just a few months ago, Pure Storage raised $150M in the largest ever venture investment in a storage company. These record financings certainly generate significant press interest. But how representative of the fund raising environment are these mega-rounds?

The chart above breaks down fund-raising activity in US tech companies using Crunchbase data. Each chart shows the number of rounds raised bucketed by size from $0 to $5M and up to $150M to $200M from 2005 to 2013. 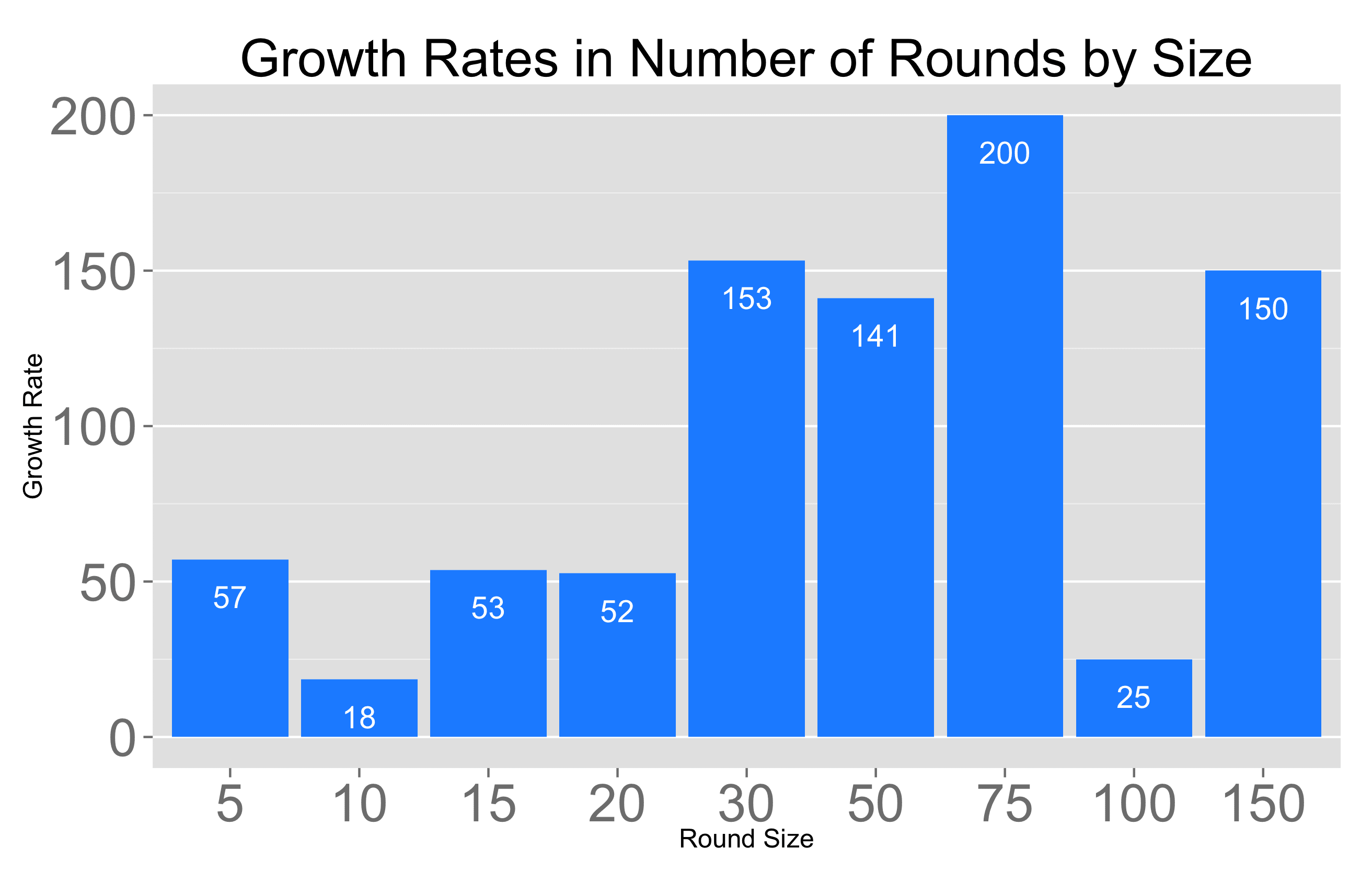 The smaller, presumably earlier stage investments are growing at a good clip, too - about 50%.

Interestingly, the number of rounds has a 0.977 R^2 value to dollars raised, meaning investors are pushing more and more capital through the ecosystem at effectively the same growth rates as the ones in the chart above.

All of this is good news for entrepreneurs. There is more capital flowing through the ecosystem than four years ago. Additionally, there are investors that are increasingly willing to invest IPO-sized chunks of capital into private companies, enabling them to grow more, potentially acquire other companies and avoid the costs of going public until later. Needless to say, it’s boom times.