The Mispricing of Software Companies

This novel dispersion provides us an opportunity to ask some interesting questions. 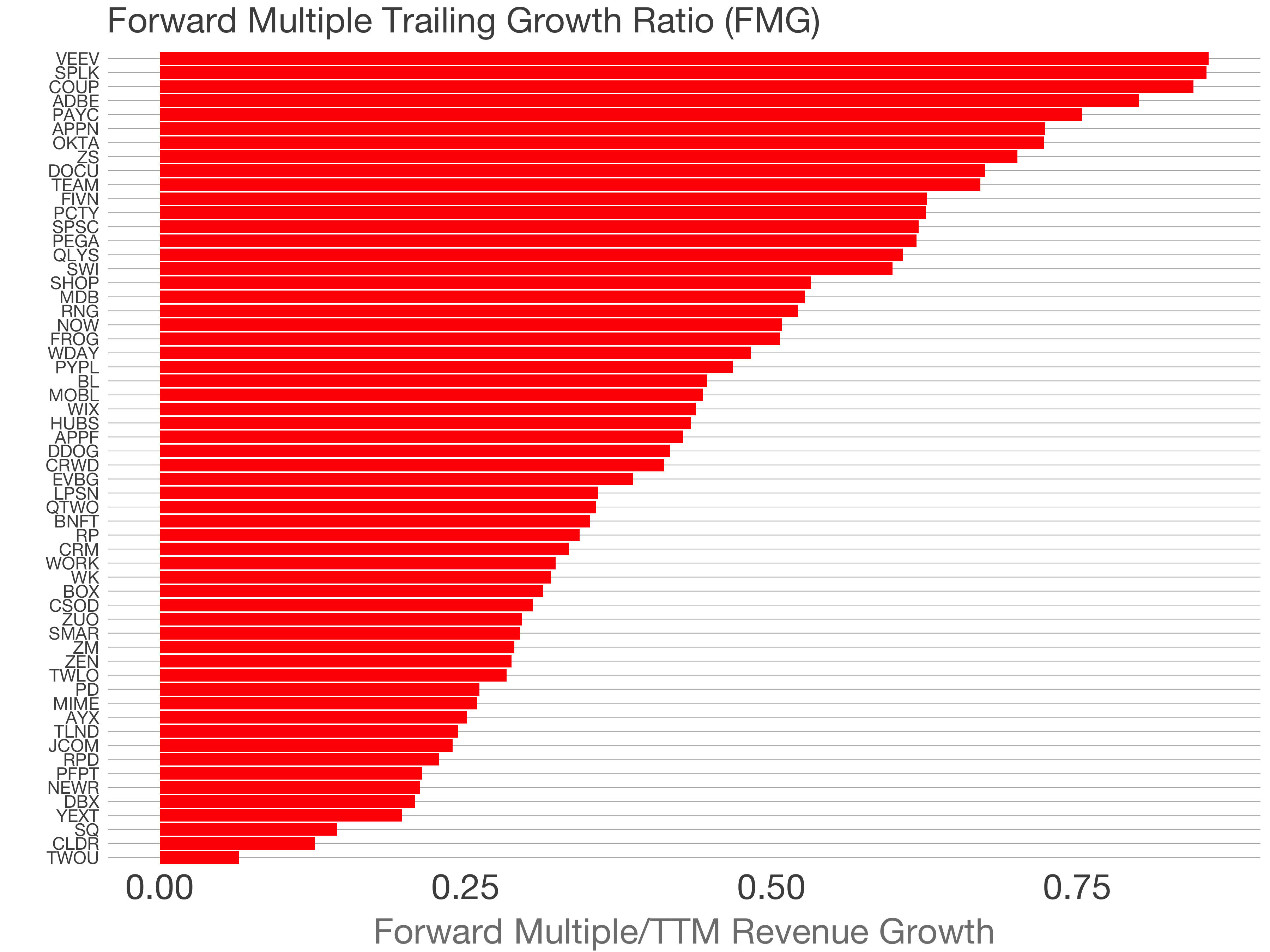 Here they are plotted. The FMG (forward-multiple-growth ratio) spans 0.06 to 0.86. A massive difference.

Let’s look at one of the top companies. Adobe’s FMG of 0.86 means the forward multiple is the fourth most expensive in terms of growth rate. Each point of revenue growth is 0.86 added to the multiple. Zoom is in the bottom third at 0.29, meaning its forward multiple is less costly than most. 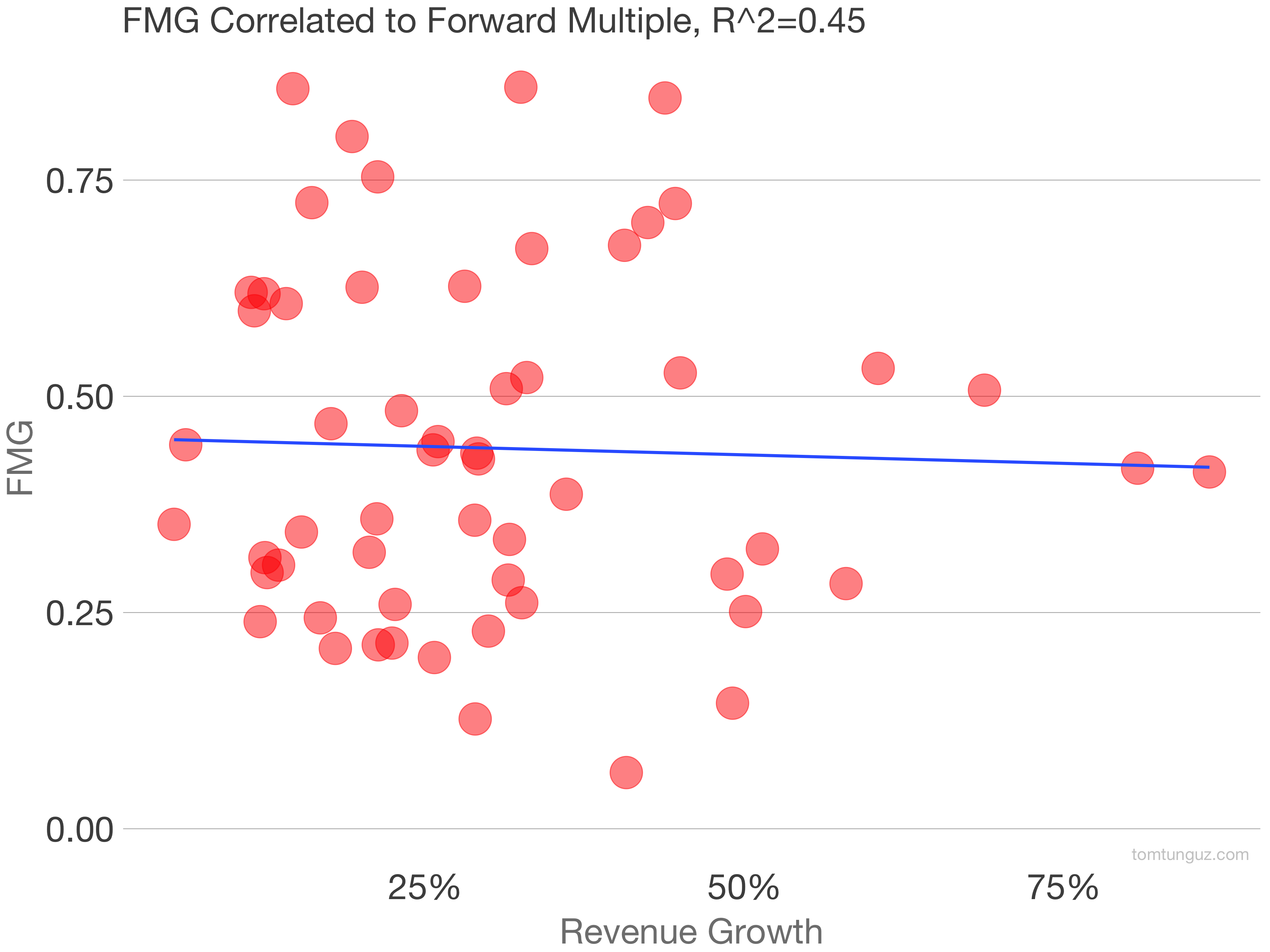 The correlation between FMG and revenue growth is zero (-0.097). This means the most expensive companies aren’t the ones that are growing the fastest.

I correlated the top 7 metrics to the FMG score to see if there was another factor at play across the data set, but none were significant.

The market isn’t pricing modern software companies well if pricing them principally on forward multiple. The market has focused on forward multiples for the last 15 years. Net Dollar Retention rose in the last five or so. But we really ought to be considering the FMG ratio to understand relative valuations.

The price of a percentage point of revenue growth for one software company vs another should be relatively similar, but today, there’s a 10x span, which suggests inefficient pricing.

The 4 States of an Engineering Team