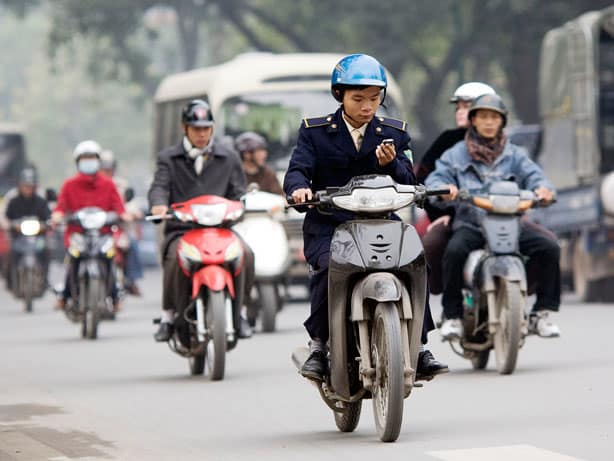 For consumer products, the power of mobile distribution is hard to overstate. Facebook serves more than 1B mobile users each month. Angry Birds reached 50M users in 35 days, a feat that took Instagram 18 months and Facebook more than 3 years.

But the distribution advantages of mobile app stores hasn't been observed as powerfully in SaaS or enterprise software for driving revenue. The majority of the top 20 slots of the Business Apps Category in the iTunes store aren't occupied by startups. Nor has the story of a 3 year-to-10M user story been written about an enterprise application, yet.

The difference between consumer and the SaaS startups’ effectiveness leveraging mobile app store distribution hinges on the end user. In the case of consumer companies, the end user is the buyer. In SaaS, the end user is very infrequently the buyer. This is why mobile SaaS companies must employ a two-step value proposition, first convincing the end user to download and use the app, and second, using this data to initiate a sales process with the decision-maker within the enterprise. This second step, at least to date, has been the limiting factor in using mobile-app distribution to drive SaaS company growth.

However, SaaS mobile usage patterns are certainly following the lead of their consumer counterparts. It's not uncommon for many SaaS startups with mobile apps to see 30-50%+ of their usage on mobile, a figure now common in ecommerce and other consumer categories.

There's no question that mobile has impacted SaaS companies’ businesses. At the very least, SaaS companies must build a mobile application to maximize engagement with their userbase. Perhaps in the near future, an innovative startup will find a way to target both the end user and the enterprise decision maker through the mobile store. Until then, mobile app stores will remain great end-user acquisition channels, but won't replace the inside-sales process to close customers.