How Much Cash Should Your Startup Burn? 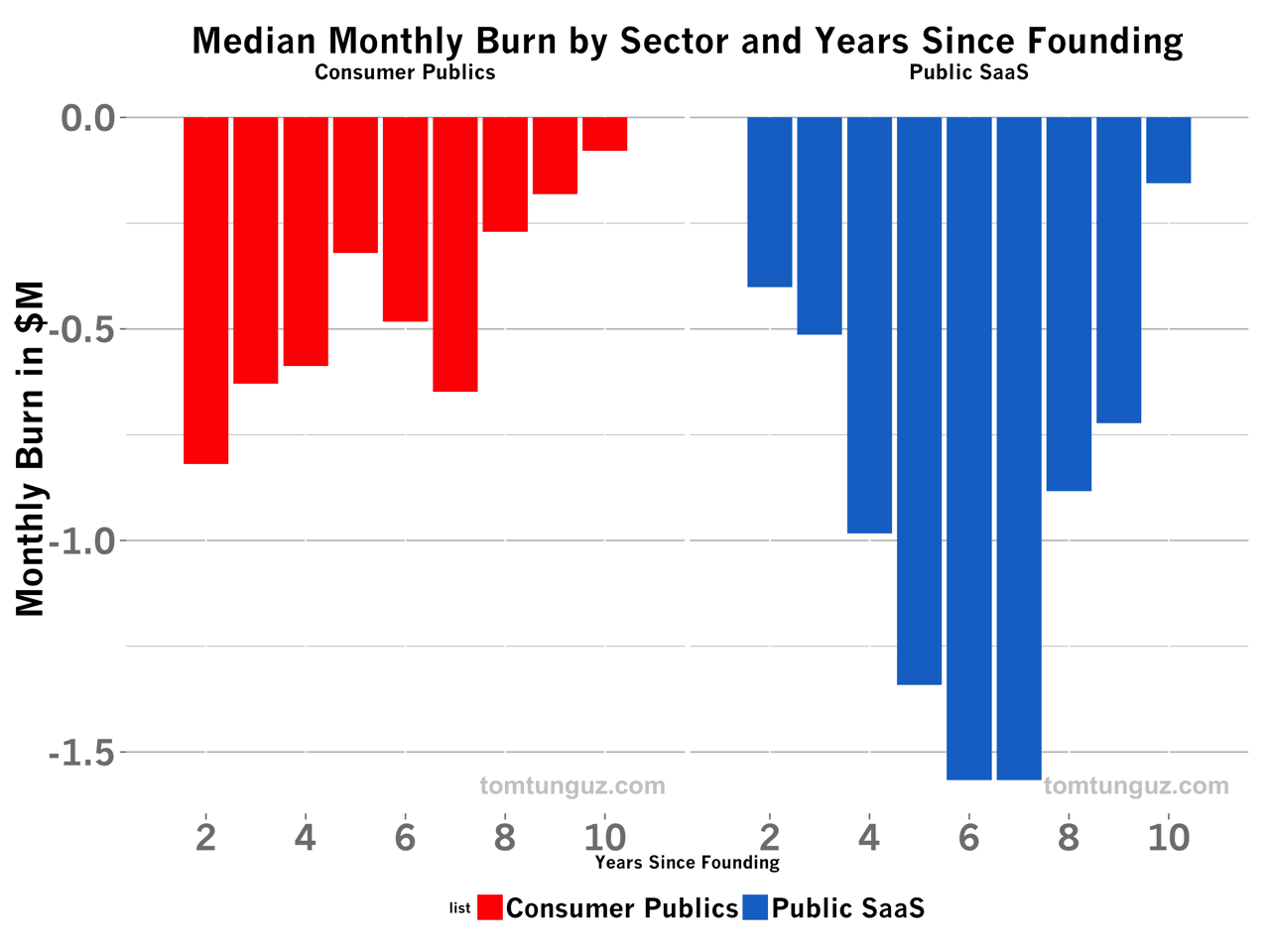 Bill Gurley and Fred Wilson have focused on burn rates as an important topic for startups. The immediate question that follows this commentary is: How much does the typical startup burn throughout its life? And what is a “risky” burn rate for a company?

I use a rule of thumb to evaluate the burn rate of a Series A startup. I multiply the number of employees by about $10-12k, depending on the location of the company. For example, Bay Area salaries are higher than most other places. If a startup’s current burn rate substantially exceeds the this heuristic, I ask why. But like many others, this shortcut isn’t rooted in analysis.

Using a basket of about 60 publicly traded consumer and SaaS companies, I aggregated the net income patterns by years-since-founding. I eliminated outliers to concentrate on the patterns of the “typical” public startup.

The bar chart above shows the median monthly net income by sector and years-since-founding. A few patterns emerge from the data. 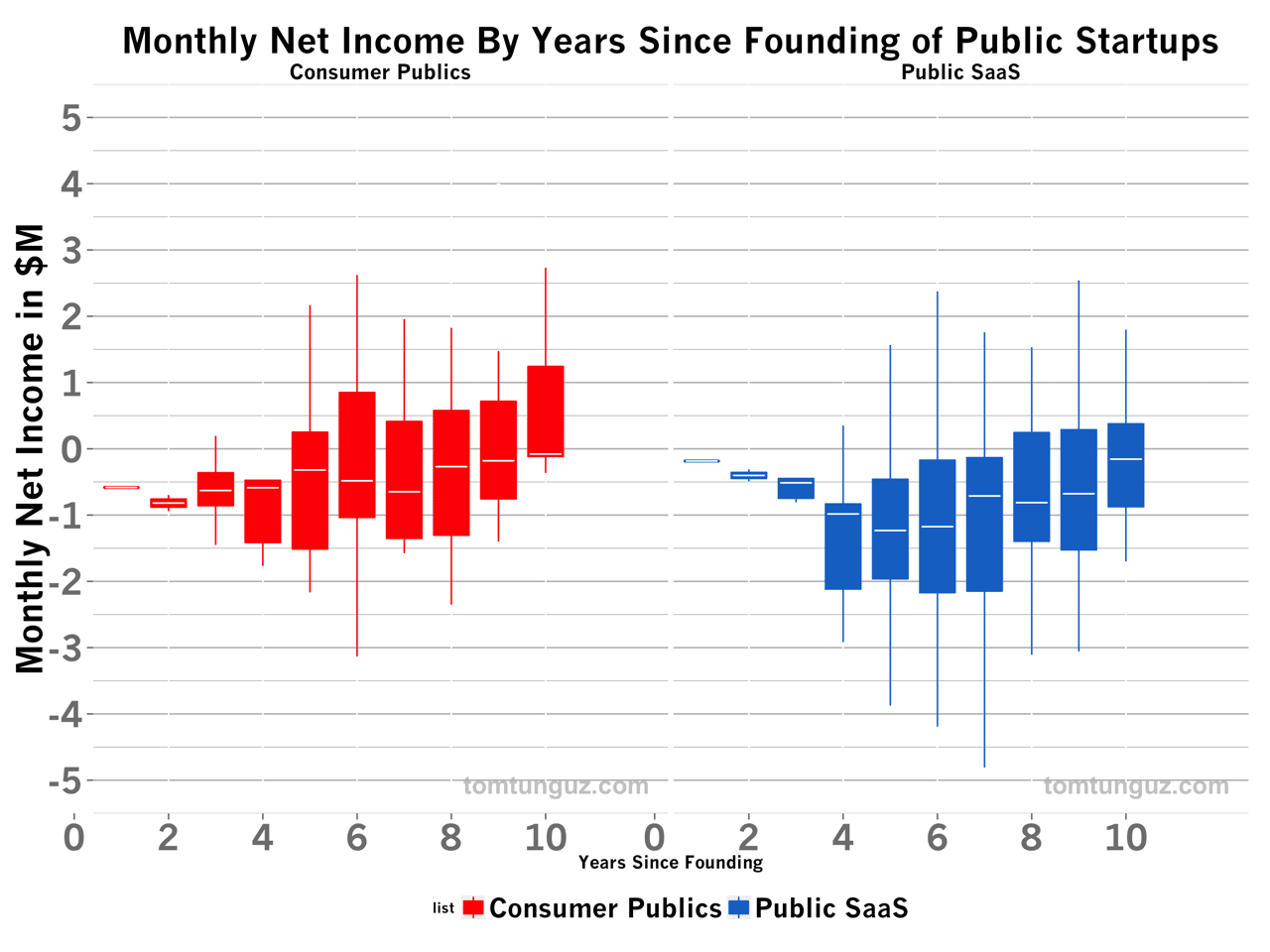 Of course, the medians don’t express the variance within the data. I’ve plotted a box plot by sector of the same data. The median values are marked by white lines in the boxes. The 25% and 75% percentile values are the edges of the boxes and the extremes of the whiskers indicate the 5% and 95% percentiles. Again, I’ve omitted the outliers.

Now that we’ve established some benchmarks, let’s return to the question of the “risky” burn rate. There is no precise answer for every company as to what a risky burn rate and what a conservative burn rate might be.

But there are a few factors to consider. First, the ability of the team and the business to continue to raise capital are the most important factors. Part of this ability lies within the team, and the team’s ability to position and sell the story of the business. Another component is the market’s receptivity to the story given the financial conditions of the market, which is harder to gauge and difficult to predict.

Second, the current runway or months-of-cash remaining as compared to the timing of the next milestone. Ideally, companies count 6 to 9 months of cash on their balance sheets when they attain the target milestones to raise their next round.

One of the main responsibilities of the management team and the board is cash management and financial planning. Understanding the impact of the business’s burn rate is an essential component of this responsibility. Benchmarks like the ones above can help, but should be used in conjunction with milestone planning for fundraising.

Note: I analyzed net income, not free cash flow, for startups mostly because the data is more readily available. But for certain businesses, FCF can be a better metric to evaluate true cash burn than net income.