Mr. Market and the SaaS World 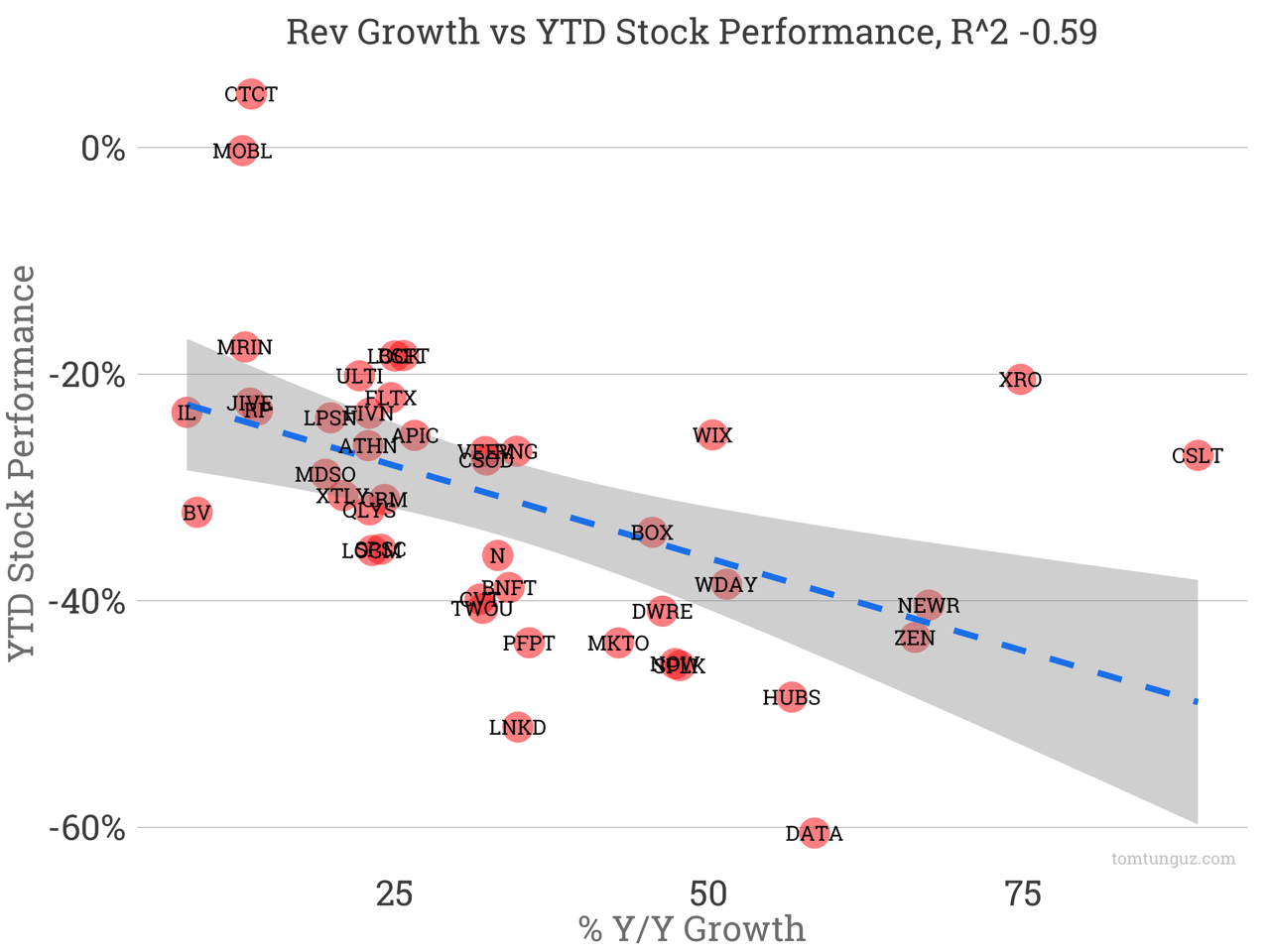 Mr. Market is a fictitious character imagined by legendary investor Benjamin Graham in The Intelligent Investor. Graham describes Mr. Market as emotional, irrational, moody - and is in the short run a voting machine, in the long run a weighing machine. It might sound like a children’s story, but Warren Buffett lauded the book as the greatest book ever written on investing. So, has is halving of SaaS multiples the work of irrational Mr. Market or a change from the voting machine to a weighing machine? 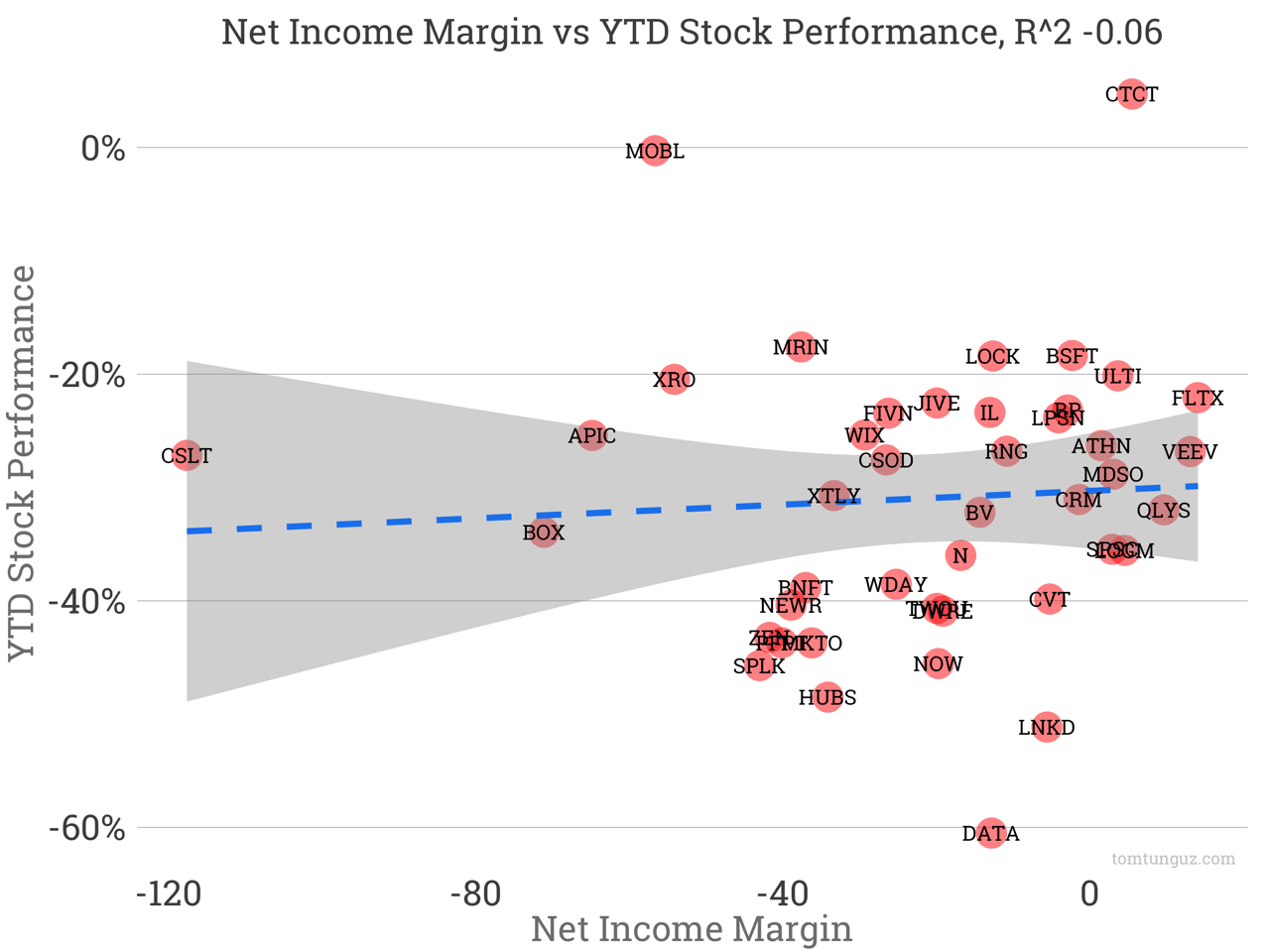 A company’s profitability, or net margin, has no impact on the valuation drop. The R^2 is -0.06, completely uncorrelated. 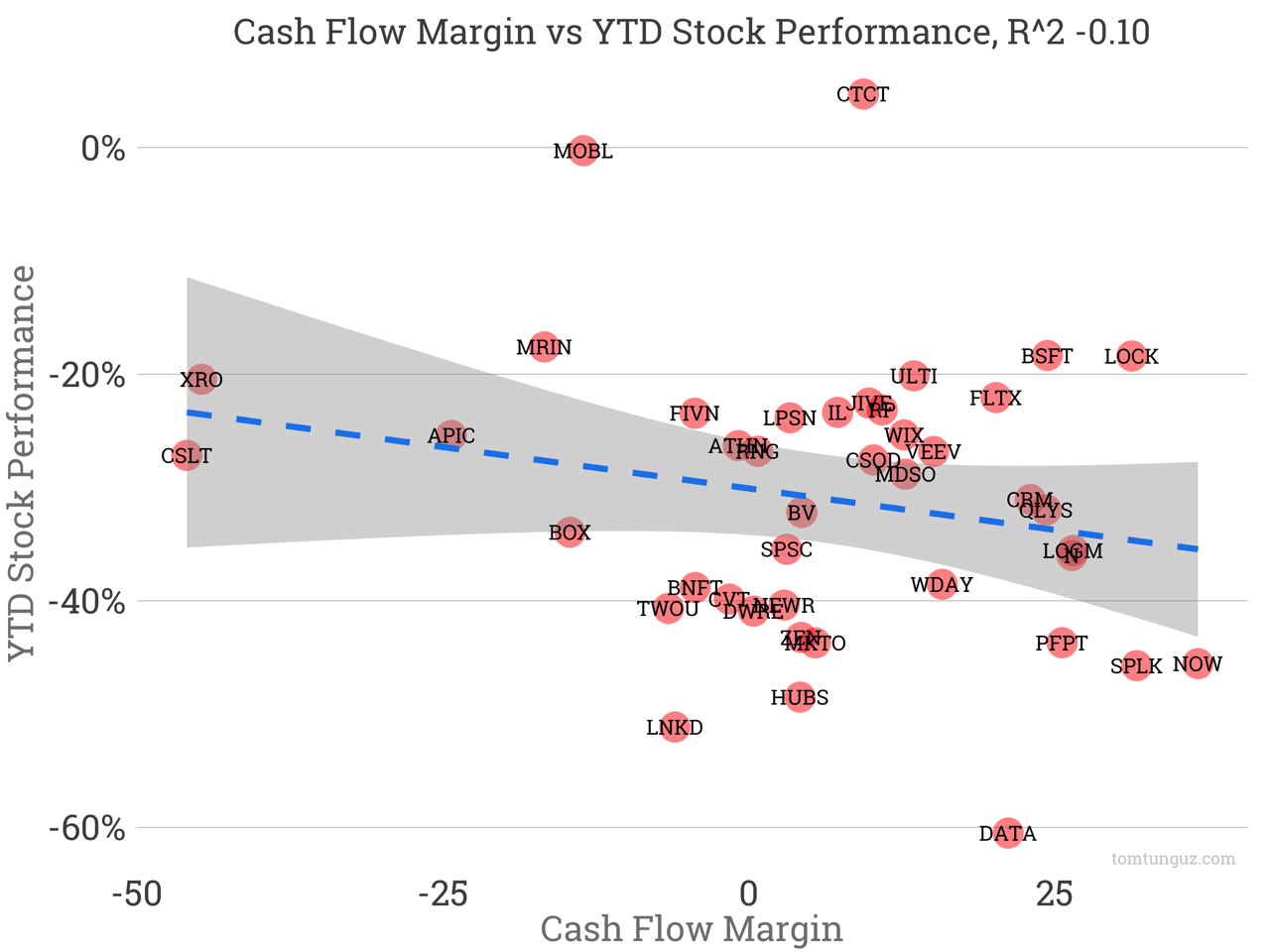 Equally so, unlevered cash flow margin is similarly uncorrelated. So the price movements in these names seemingly aren’t influenced at all by the profit and cash flow characteristics of these businesses, positive or negative.

What could this mean? Assuming the market is moving according to a rational motives, then there seems to be a broad, widespread selling of high growth SaaS companies irrespective of their bottom lines. Perhaps this is fueled by concern that the growth rates of these businesses are not sustainable and consequently, multiples should compress dramatically. LinkedIn’s less-than-rosy outlook certainly weighed heavily on their stock price.

Even as growth may fall, 30 of the 44 companies analyzed demonstrated positive cash flow and 17 of them posted profits. For the public market over the past few days, these attributes haven’t mattered, indicating Mr. Market may be voting more than he is weighing.

The 57% Drop in SaaS Valuations