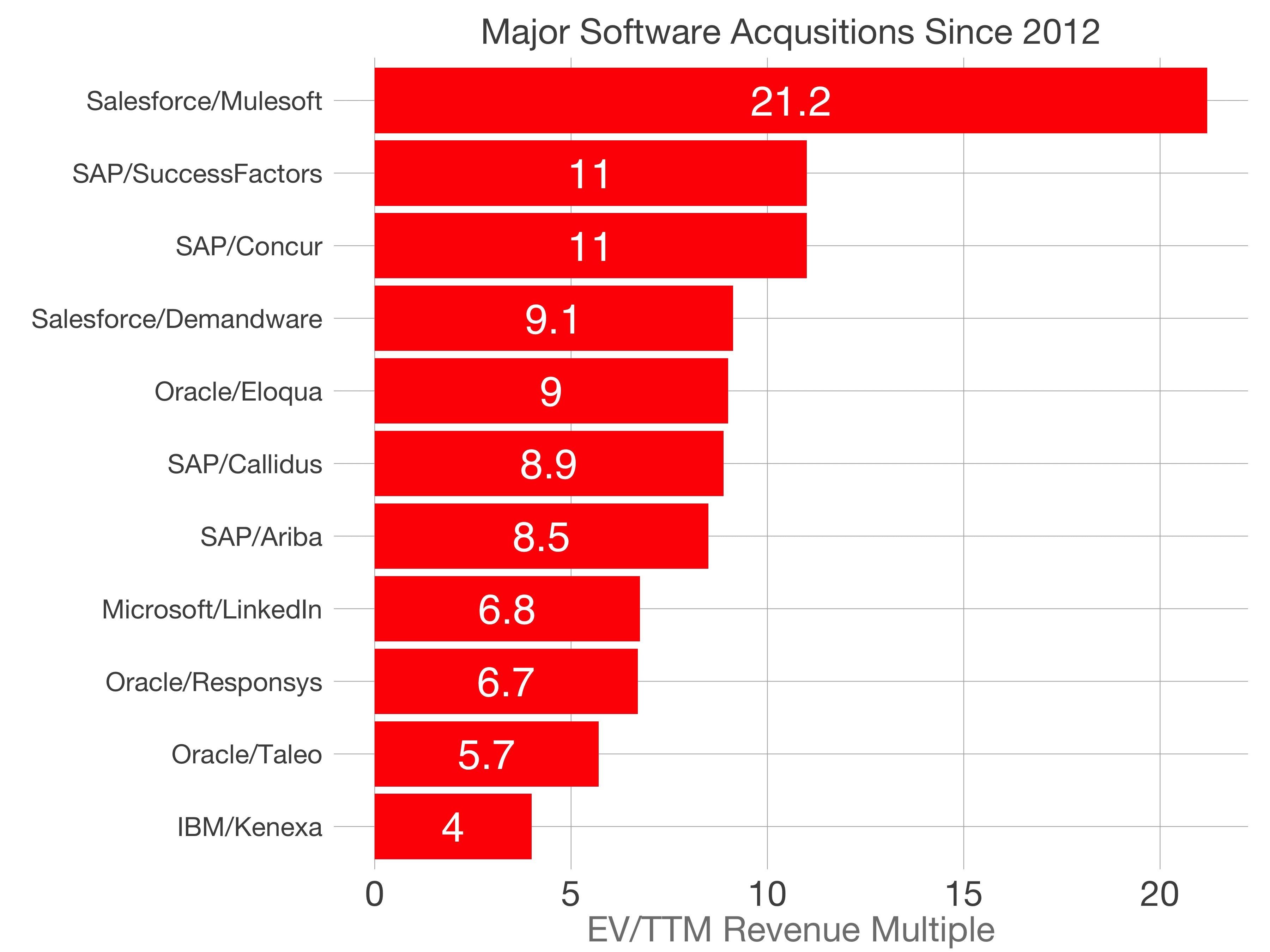 Yesterday, Salesforce announced it will acquire Mulesoft for $6.5B. A recent addition to the list of public software companies, Mulesoft is a tremendous business. The company generated $297M of revenue in 2017 at a 73% gross margin, and grew by 58%. Salesforce is acquiring the business for an astounding 21x enterprise value to trailing twelve months revenue multiple - nearly 2x the next closest.

If we compare this acquisition on other dimensions, we see that Mulesoft is the second fastest growing at the time of acquisition, next to SuccessFactors in 2011. The gross margin is second highest to LinkedIn, and close to Eloqua and Demandware. On this list, the Mulesoft is second to LinkedIn. 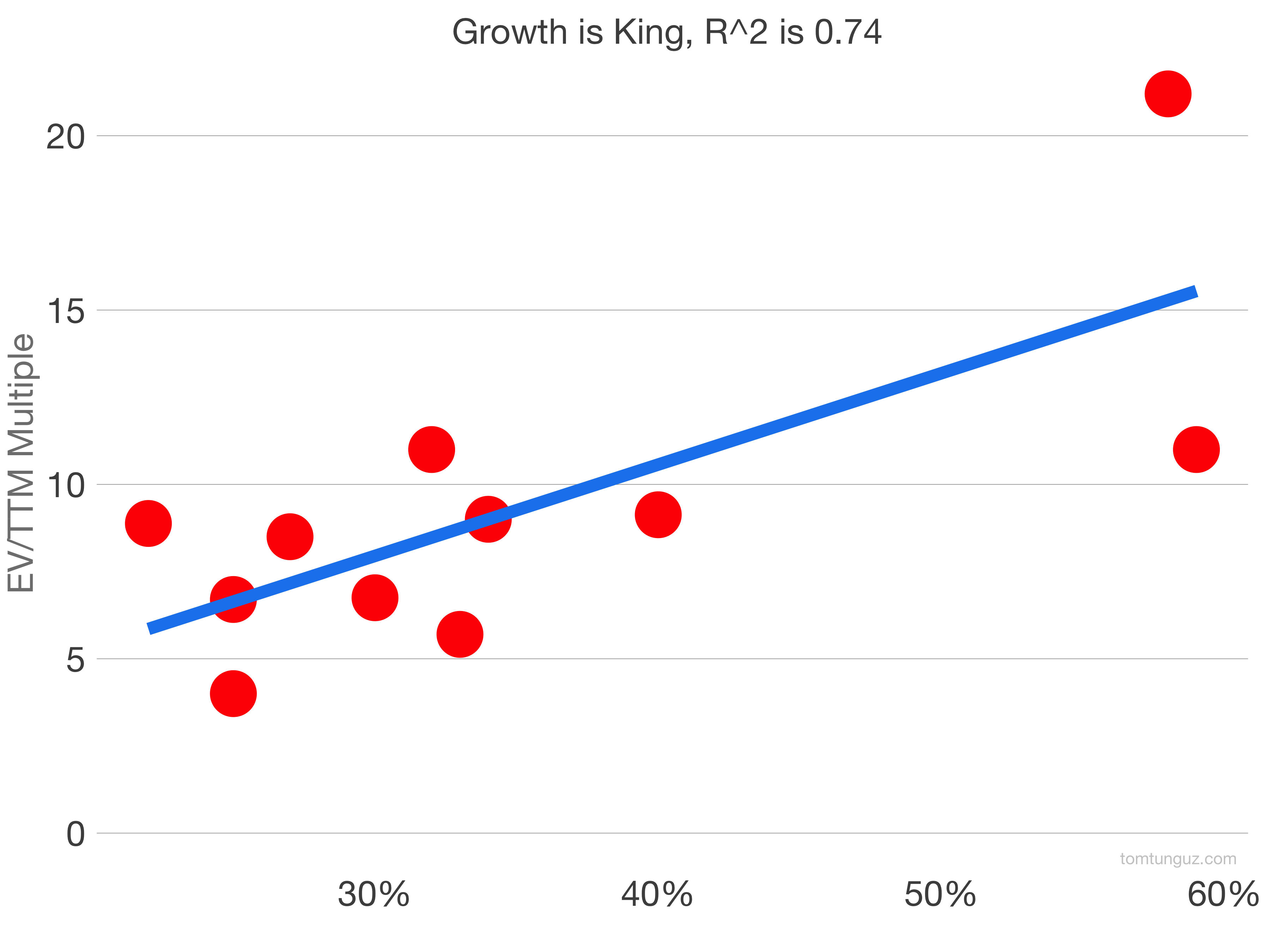 For acquirers of software companies, one thing seems to matter: growth at scale. A business that generates several hundred million per revenue of revenue and is growing at greater than 50% has fetched a greater than 10x EV/TTM revenue multiple. Growth is the best predictor of mulitple, with a 0.72 R^2.

One of my 7 predictions for 2018 was: The tax holiday for repatriation creates one of the most active M&A environments of the past ten years. In the first three months of 2018, we’ve witnessed two multibillion dollar software acquisitions. And we’re sure to see more. The data suggests that these acquisitions will be completed at some of the highest multiples of the last decade, especially for the fastest growing companies.