Imagine two public SaaS companies, identical in every respect but one. The first grows revenue twice as fast as the second. How much more valuable should the first be? Twice as valuable isn’t the answer.

Most investors value stocks using multiples, which tend to obscure the underlying drivers of value. Many investors also seek to distinguish between value and growth stocks, which are commonly sorted based on multiples of earnings or book value. The important drivers of value are opaque with these practices, and very few investors have a clear sense of how revisions in expectations for those drivers change multiples.

Michael Mauboussin is a leading markets thinker. He wrote a short paper recently called The Math of Value and Growth that’s worth sharing to answer the question in the first paragraph. He included this chart which shows the P/E multiple on the y-axis and NOPAT (Net Operating Profit After Tax), a measure of profitability on the x-axis.

The key point is that a company growing faster should enjoy a multiple that grows geometrically with the growth rate, not linearly. 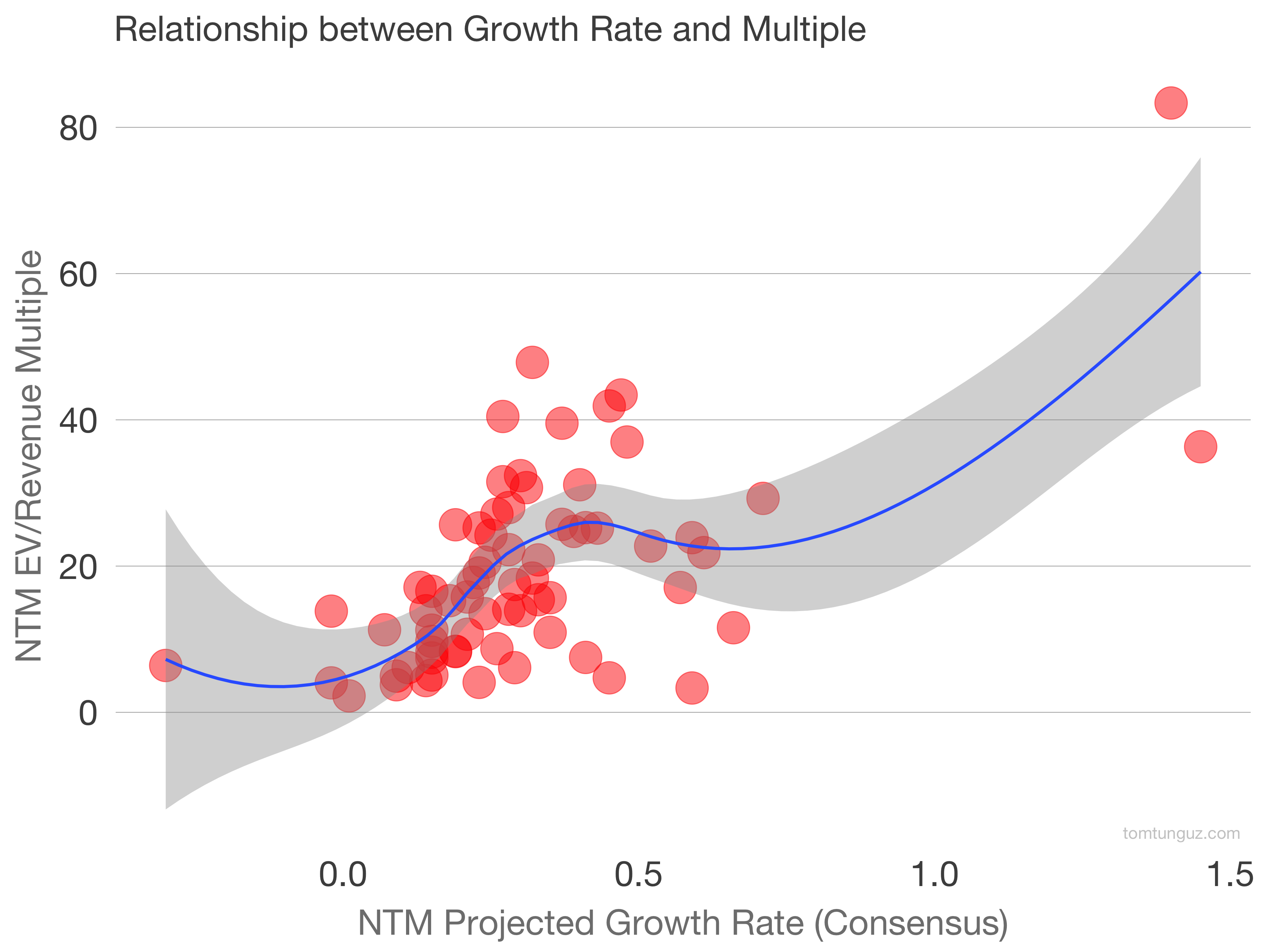 The answer is yes. There is a geometric curve to forward multiples, so the market does recognize the compounding power of growth rate, as Mauboussin’s model says it should. It’s not a perfect curve as there’s a dip in the 50-60% growth rate.

That dip may be because I haven’t isolated other variables like profitability, market size, gross margin, and many others.

What we haven’t solved, and will never solve though, is the right scale of the y-axis. Is the span of 3 to 80 NTM forward multiples the “right” one that accurately values companies today based on market conditions? I’m afraid no model can answer that fully.

But the point we can make today is that multiples should follow a power-law, a geometric shape as a function of growth rate, and they do in the public software markets. And that’s why growth is so desirable: it increases the value of the company exponentially.