A 20% delta in net dollar retention (NDR) may not seem like much, just a trifle, but make no mistake, it’s massive. In preparing for a presentation at next week’s Saastr Build conference, I reviewed this S-1 analysis for DataDog that I had published a few years ago.

It shows the difference in the net dollar retention across three competitors in the same space, Application Performance Monitoring: DataDog, New Relic, and AppDynamics. 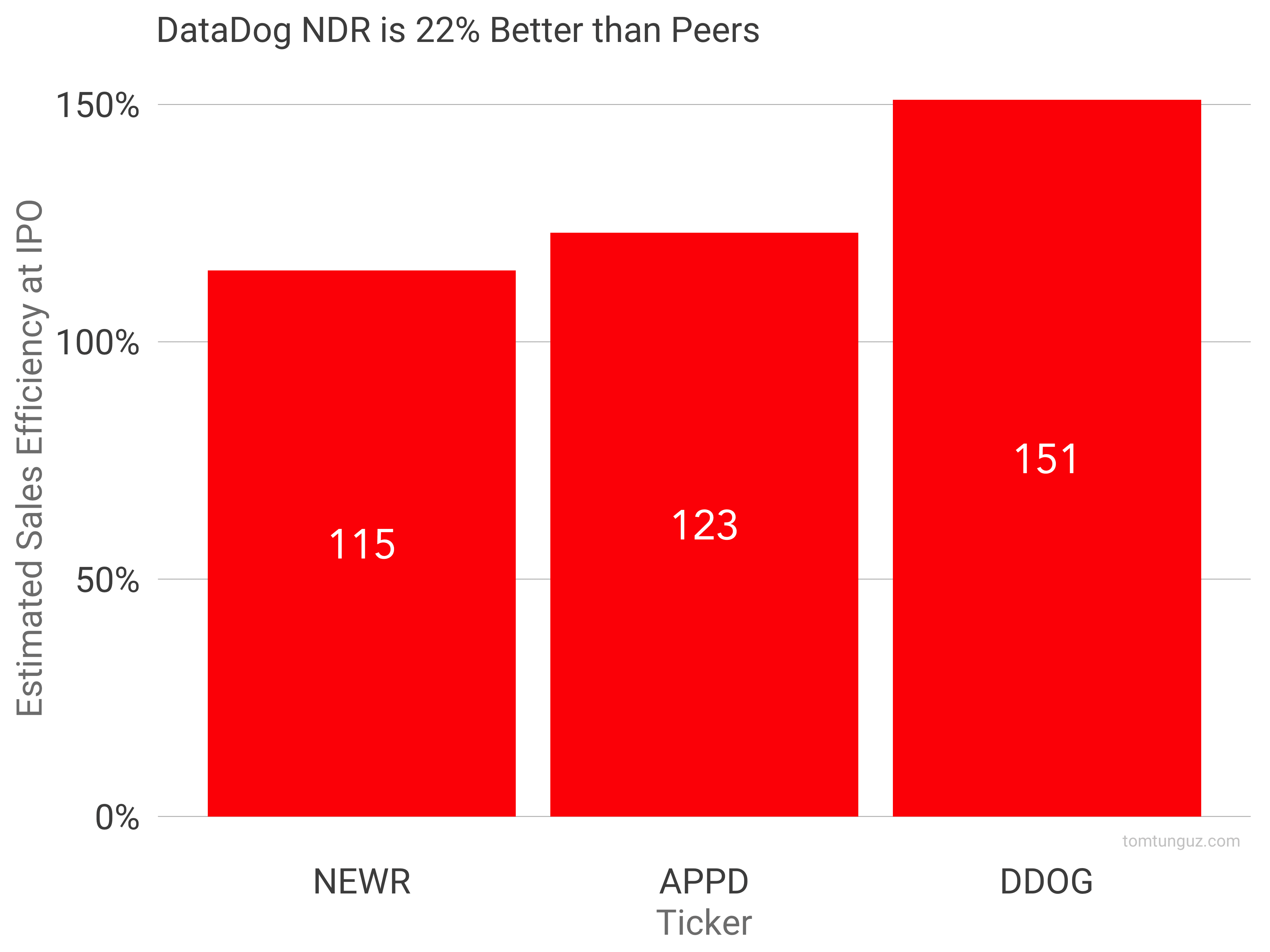 At the time of IPO, DataDog charted 151% NDR compared to 123% for AppDynamics and 115% at NewRelic. That may not seem like a big difference. But it is. Let me show you why. 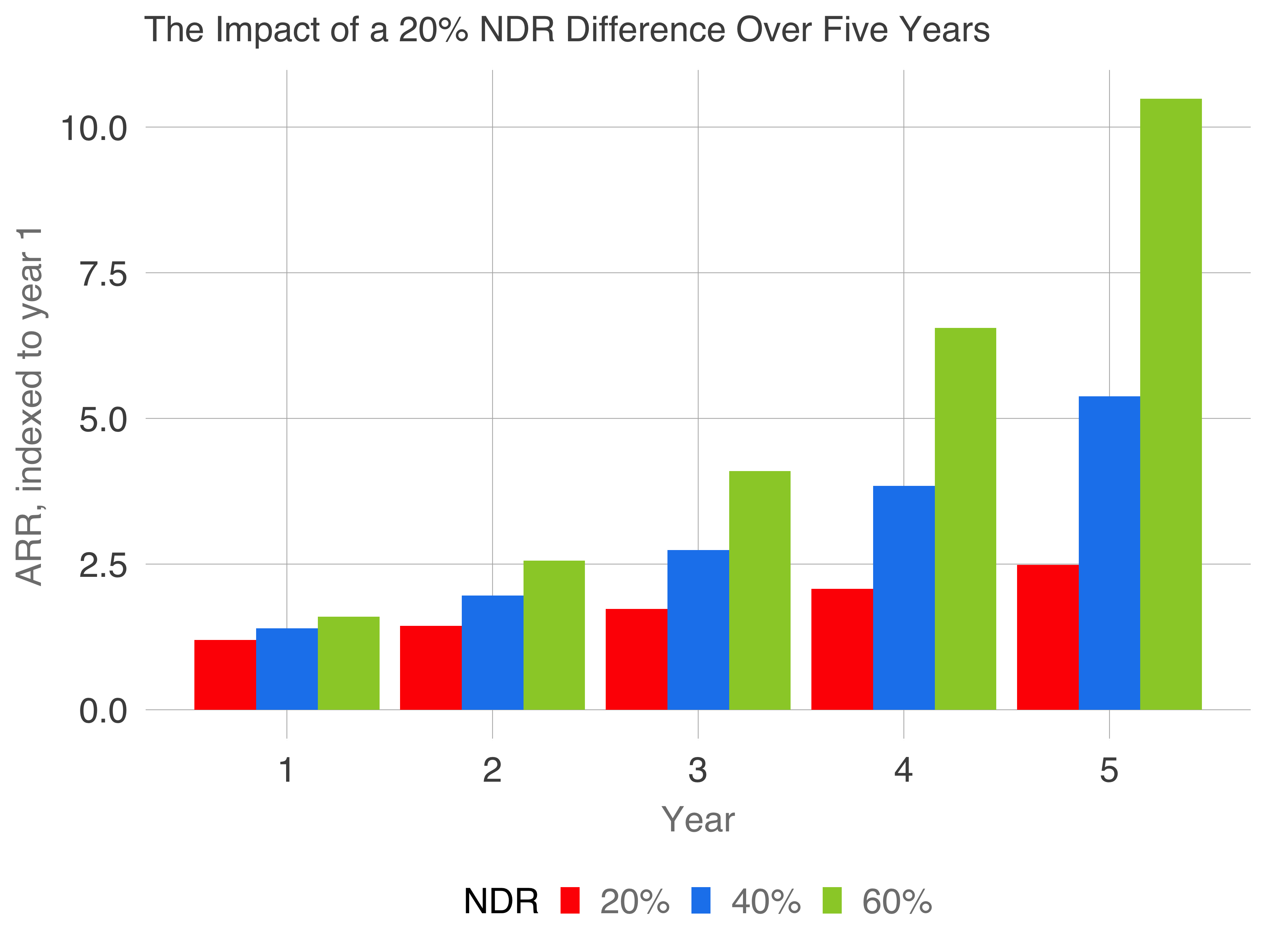 Imagine three companies: one at 120% NDR, one at 140% NDR and the last at 160% NDR. In five years, assuming all else is equal, how much bigger is the last company than the first?

Each marginal 20% of NDR is a doubling of company ARR in 5 years.