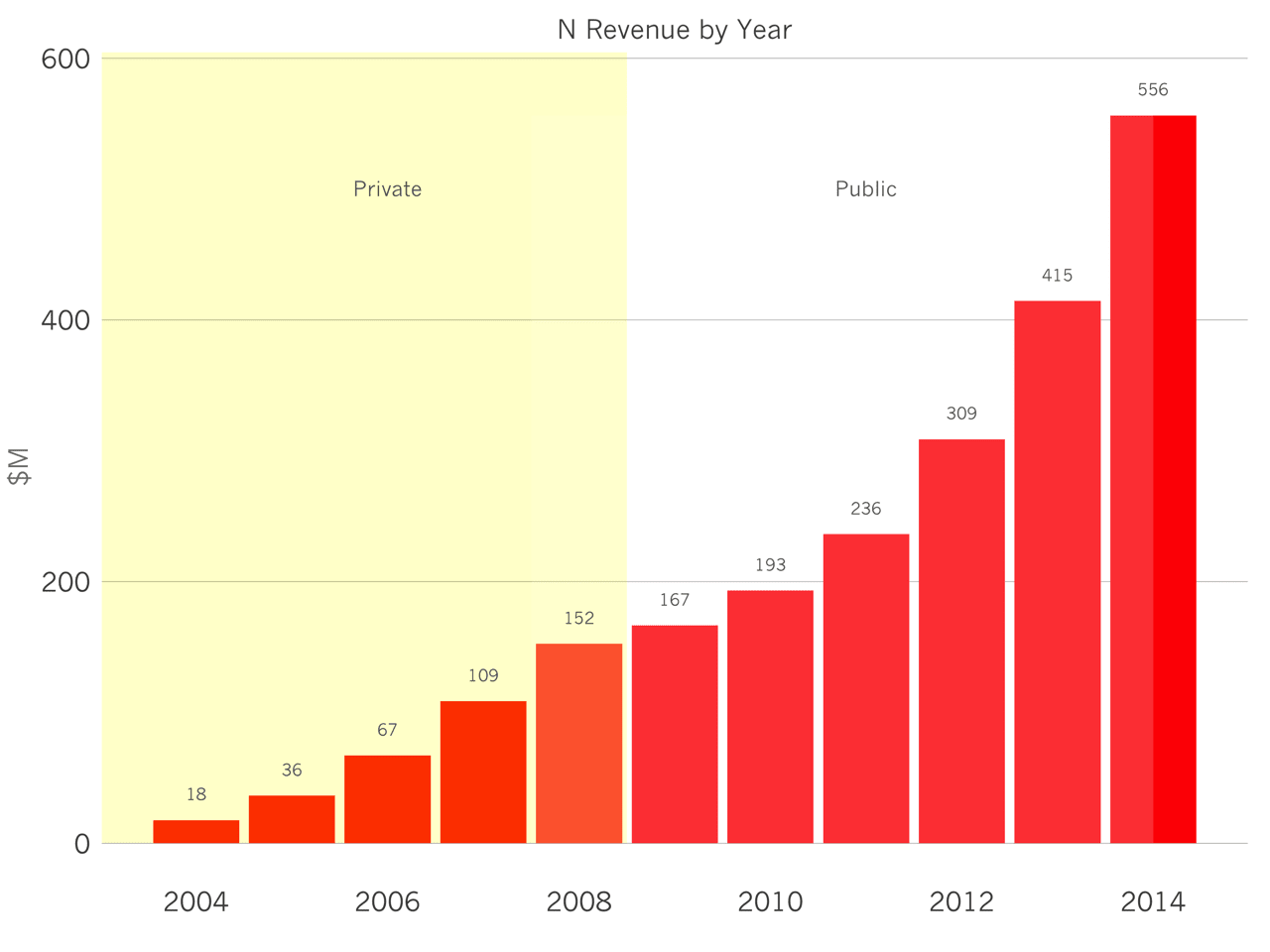 Founded in 1998, Netsuite is worth about $7.7B, making it the sixth largest SaaS compay behind Salesforce, LinkedIn, Workday, ServiceNow and Splunk. Netsuite began developing ERP (enterprise resource planning) tools to help companies manage their finances, expenses and supply chain. Over time, Netsuite has added a few more product lines including ECommerce platform, CRM, business intelligence and a professional services management product. In the last ten years, Netsuite has grown revenue from $18M to $556M. As the company disclosed in their last annual report, Larry Ellison, the CEO of Oracle, owns 47.4% of Netsuite common stock, implying the company is strategically important to Oracle. 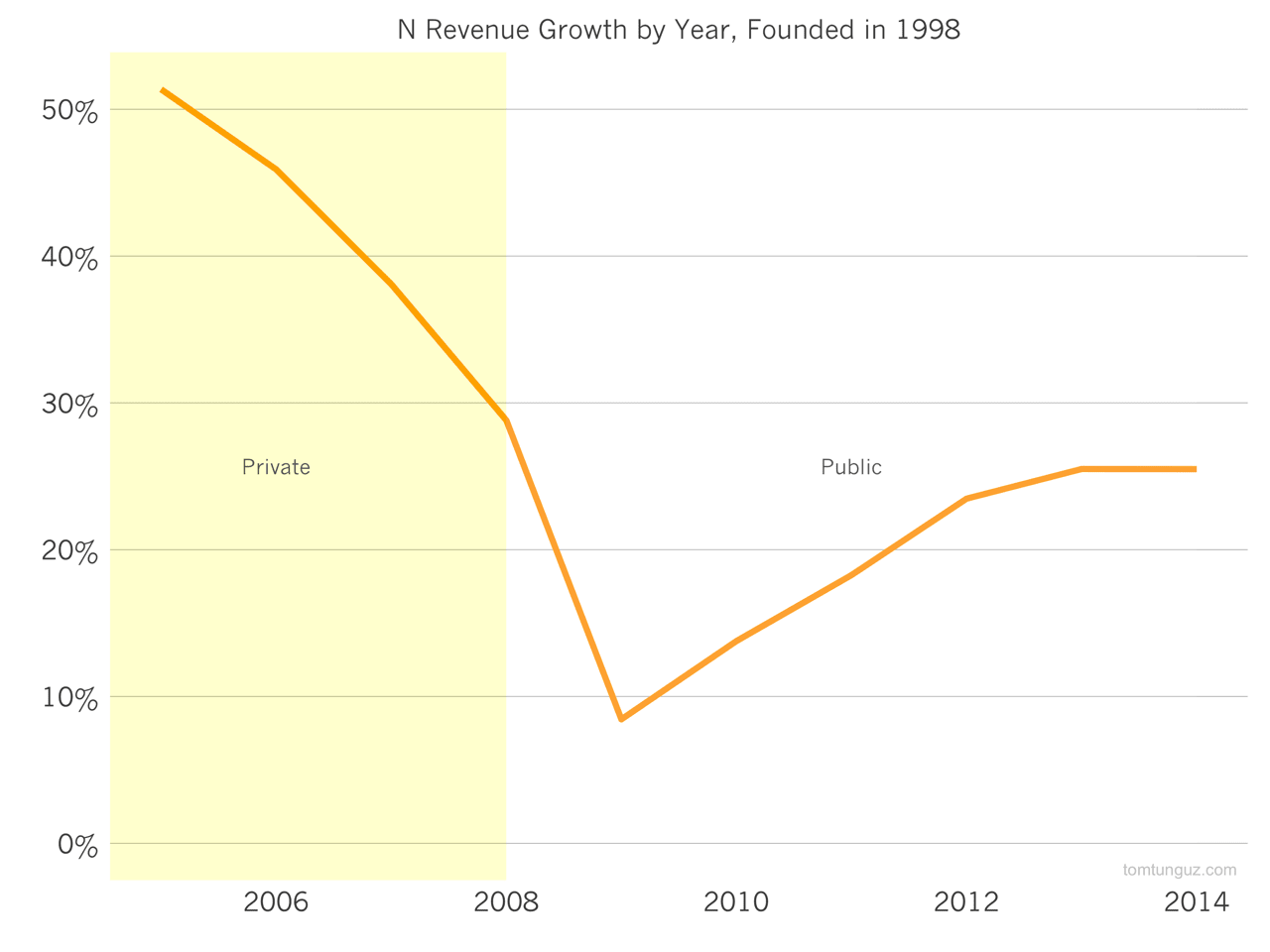 Over the past decade, Netsuite has grown 37% per year, starting at about 51% in 2005 and in recent years, consistently sustaining 25% annual growth. In 2006, according to the company’s S-1, the business shifted from longer term contracts to one year contracts. Most companies, as they scale, tend to move in the other direction.

Netsuite’s revenue per customer averaged $19k in 2008, and $23k in 2009, the last years for which the company provided customer counts. 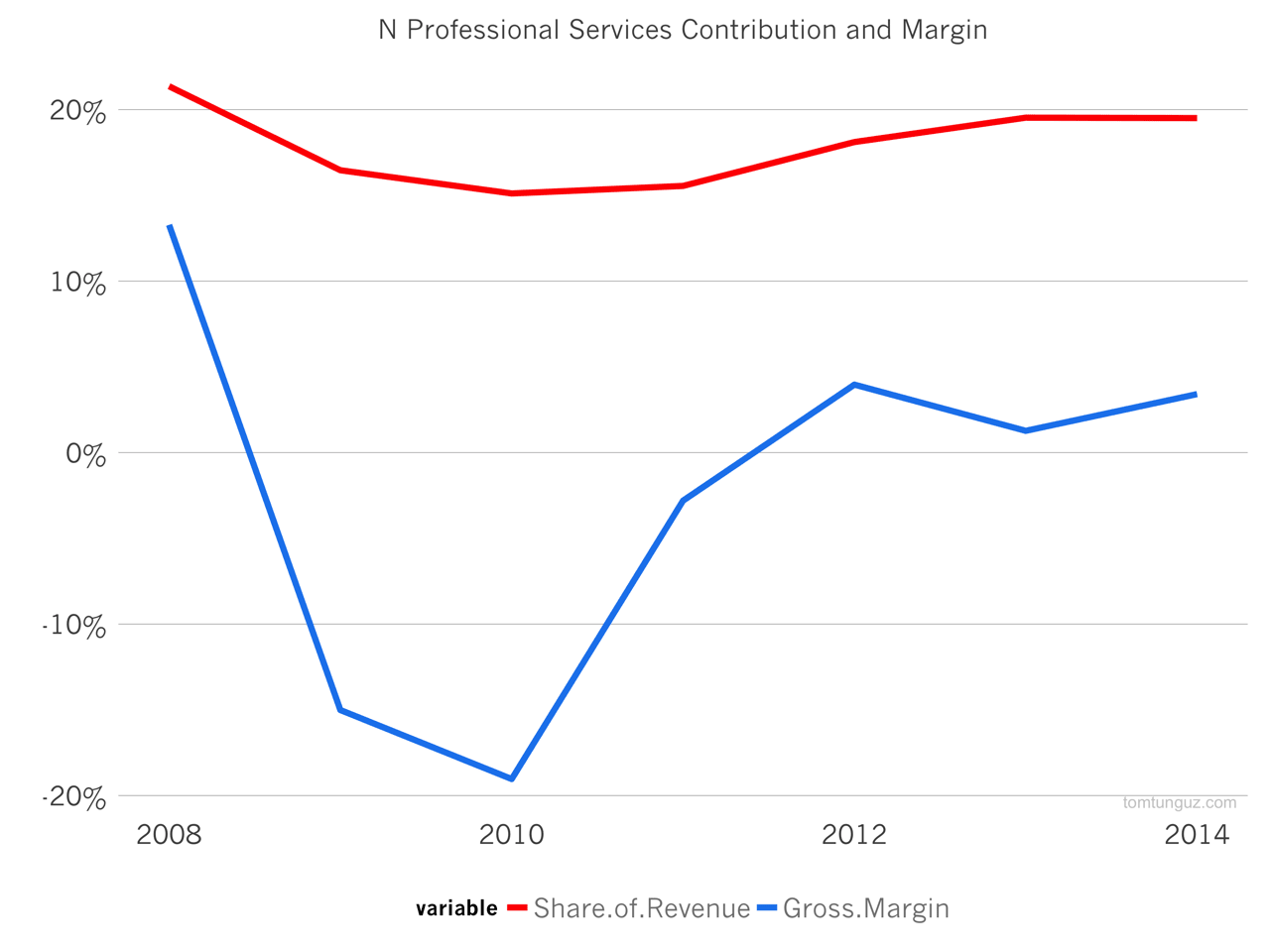 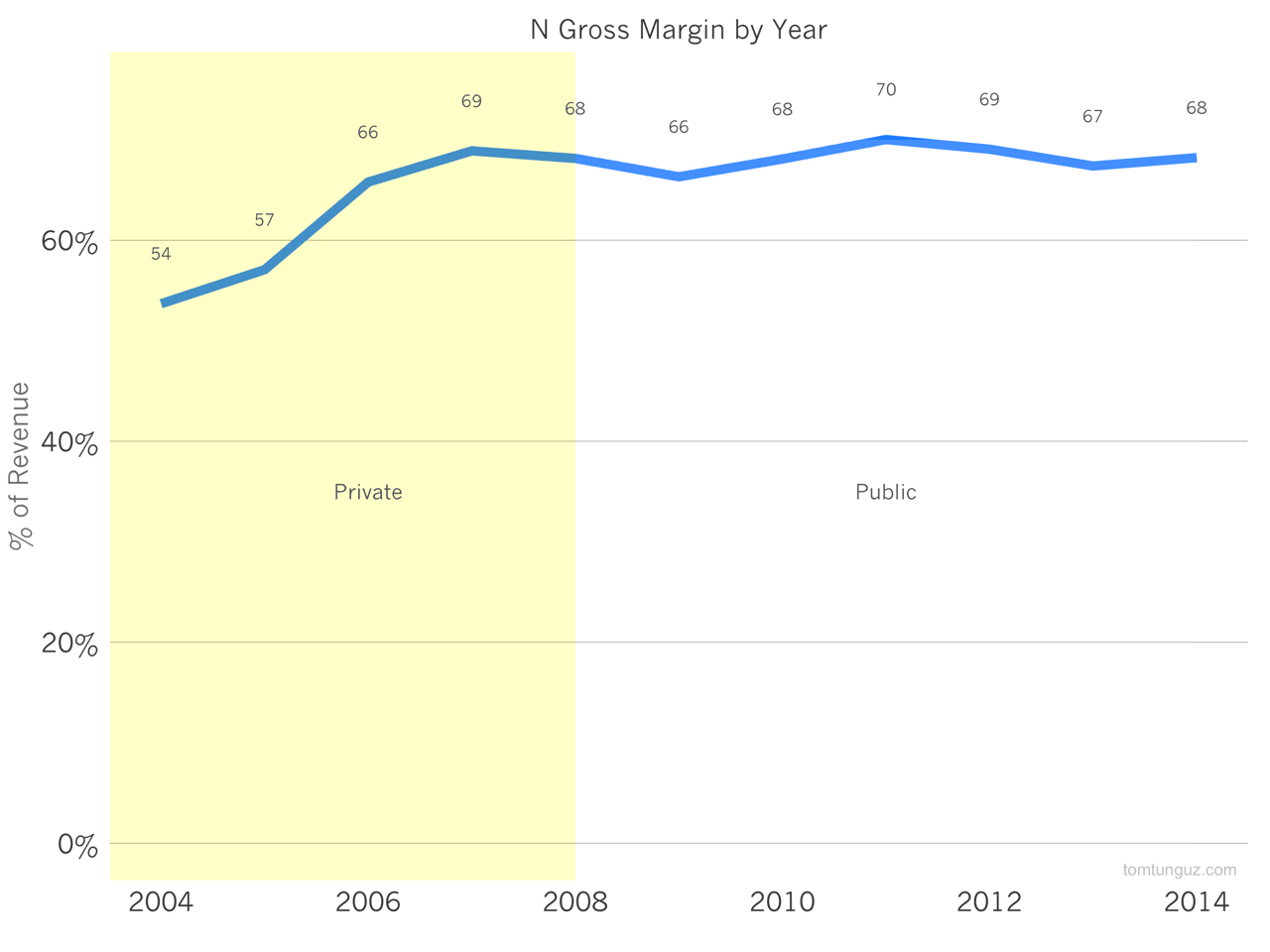 The combination of high gross margins in software which in 2014 were 85%, and the zero gross margins in professional services average out to 69%, which is right on the median for public SaaS companies. 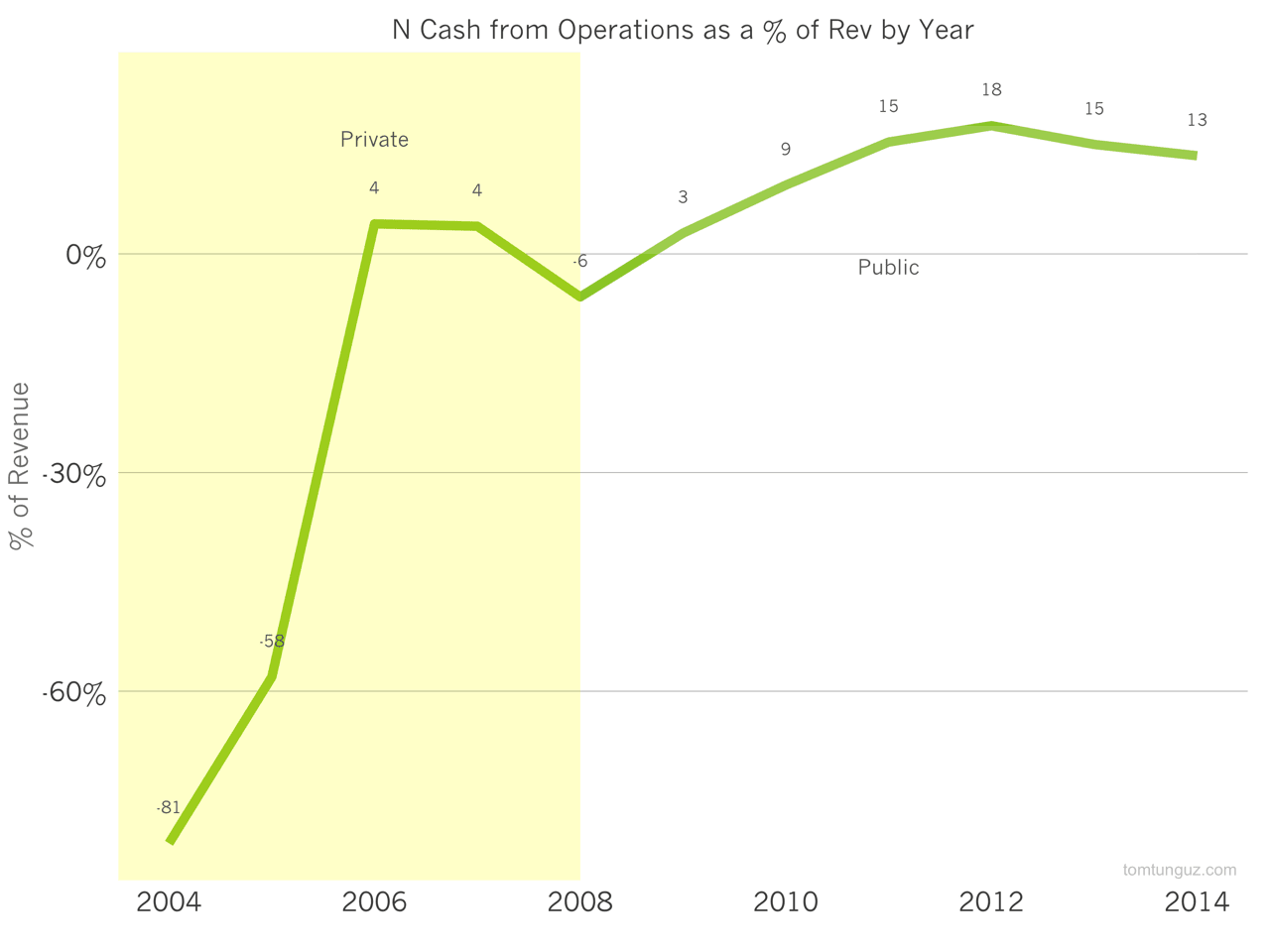 Netsuite is an financially disciplined company, and they understand and can control the underlying drivers of their business well. As the charts show, the company operates with a goal of 25% annual growth, thereafter maximizing cash, while operating at about -15% net income as percentage of revenue. Netsuite keeps about 14% of revenues as cash. 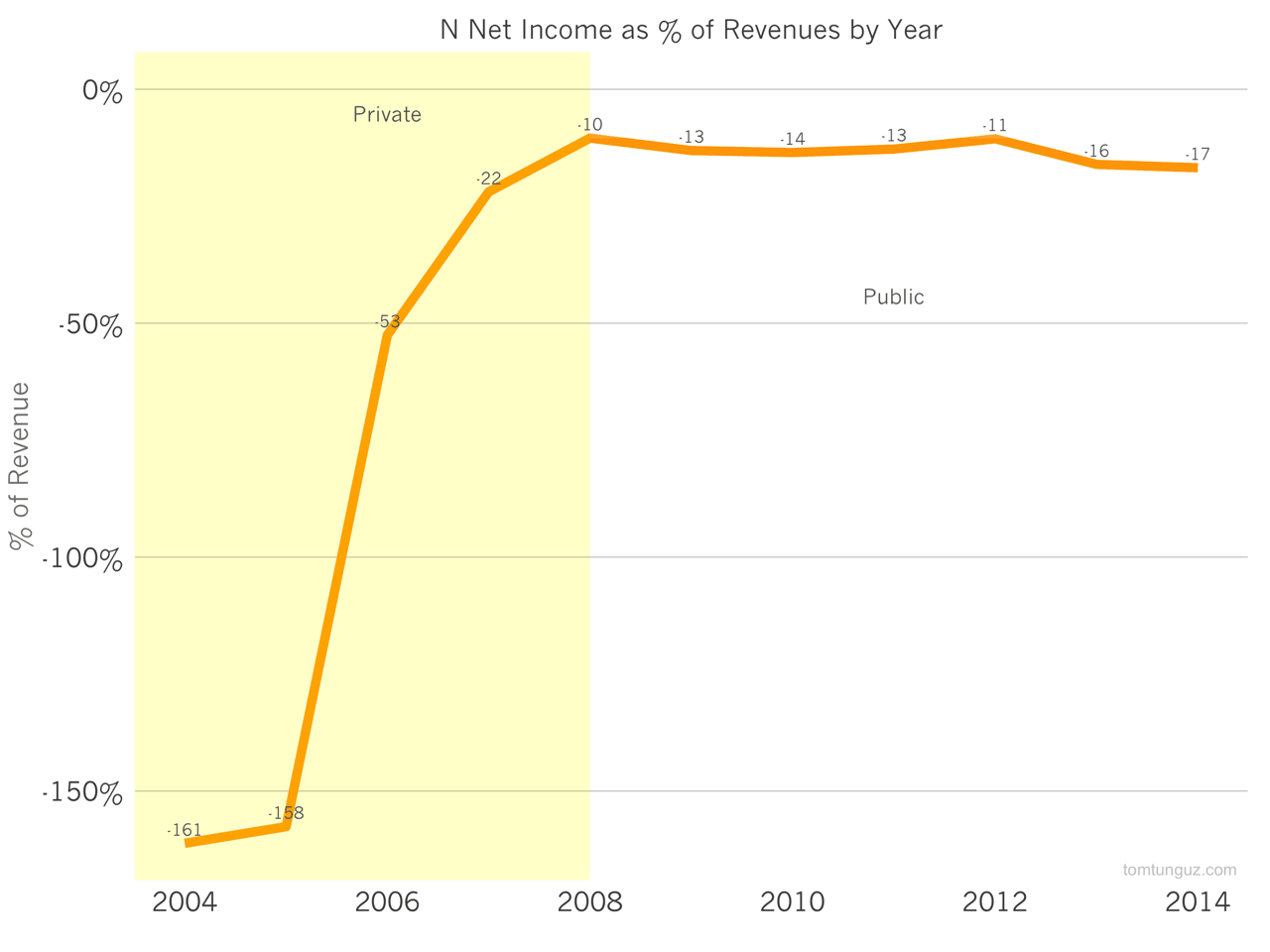 Net income as a percentage of revenue is steady at around -15%. 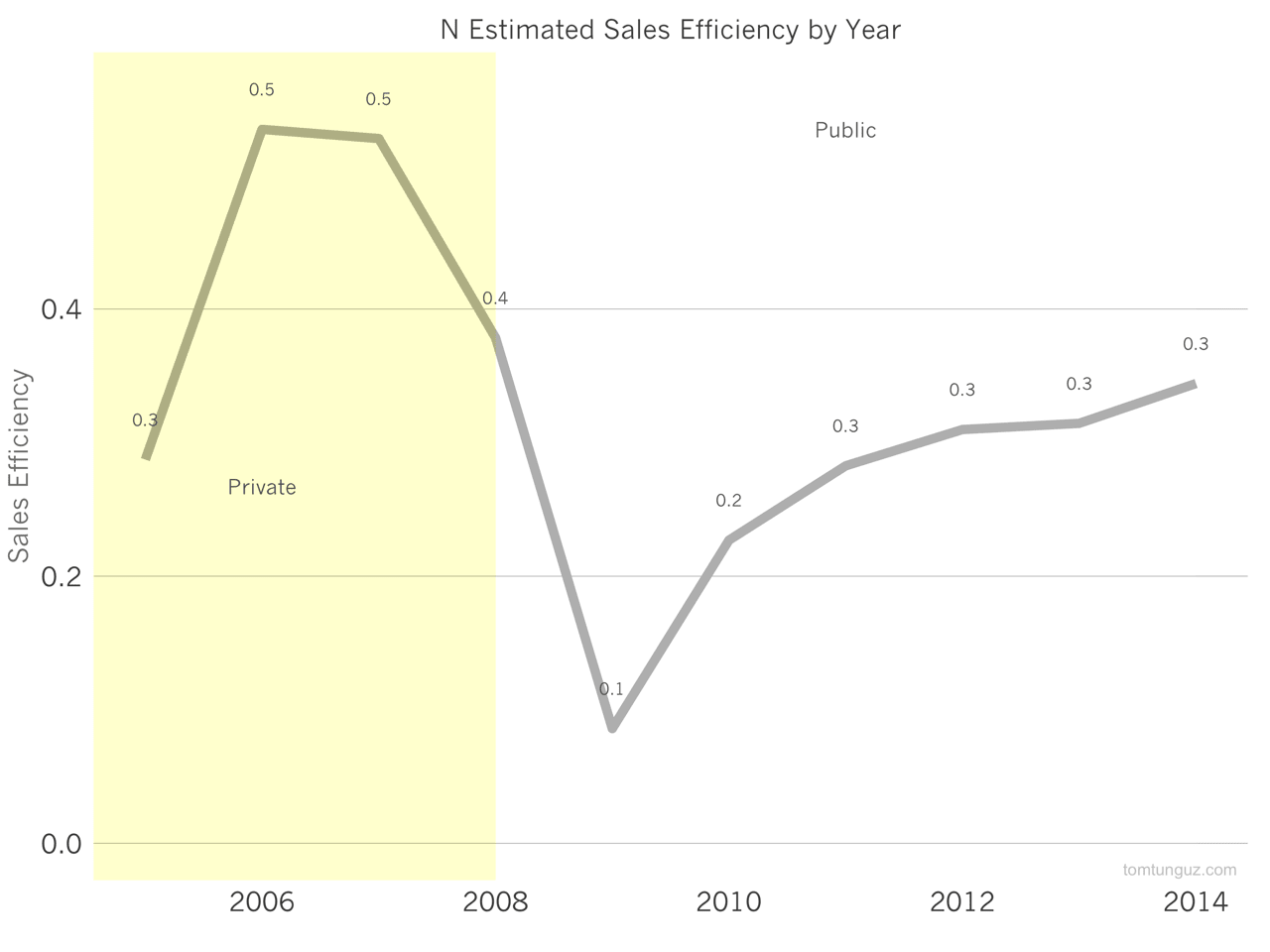 Netsuite’s sales efficiency is below the SaaS median of 0.6 at 0.3, but it has been rising in the last 5 years presumably as the company is able to cross-sell more of its product suite, and also close bigger contracts. 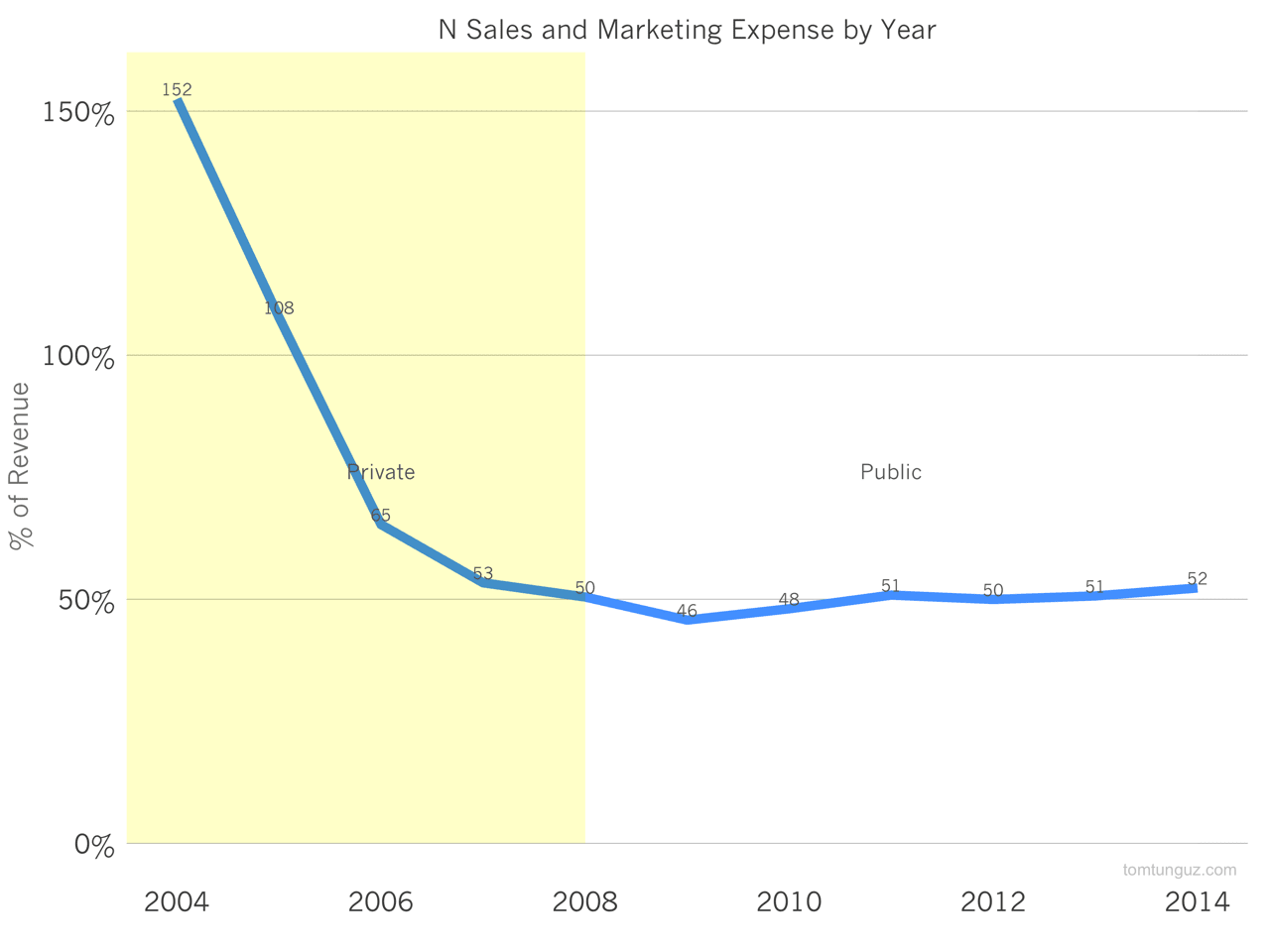 The company manages sales and marketing spend as a percentage of revenue to about 50%, which is in line with the median. 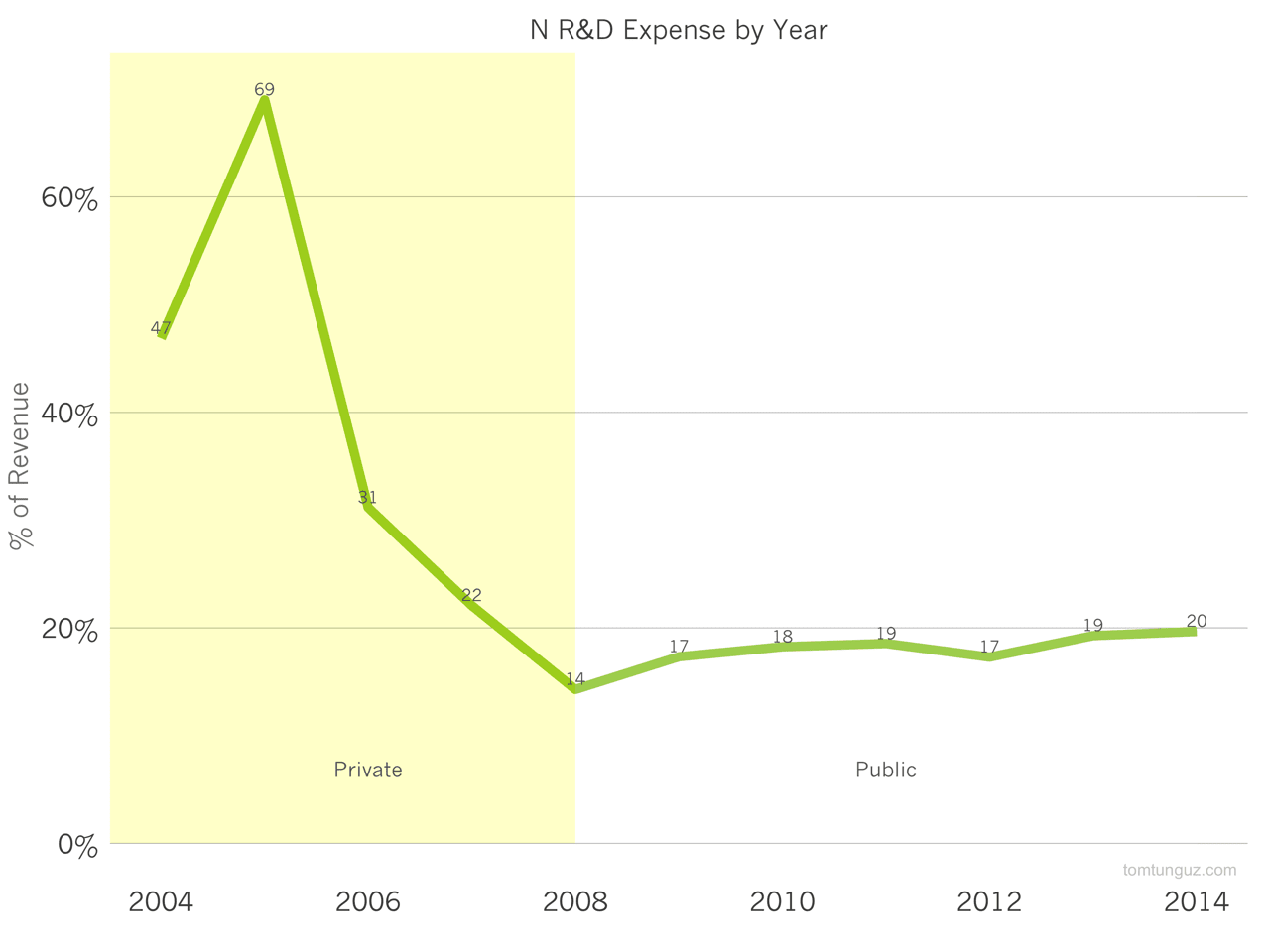 Research and development spending is again right on line with the median at 20%.

Netsuite consistently achieves its growth goals, and shows the hallmarks of a very well run and disciplined organization. The company’s leadership position in SaaS ERP is undeniable and it’s a great example of how operational discipline can generate enormous businesses, even if the sales efficiency of the business isn’t at the top of the heap.