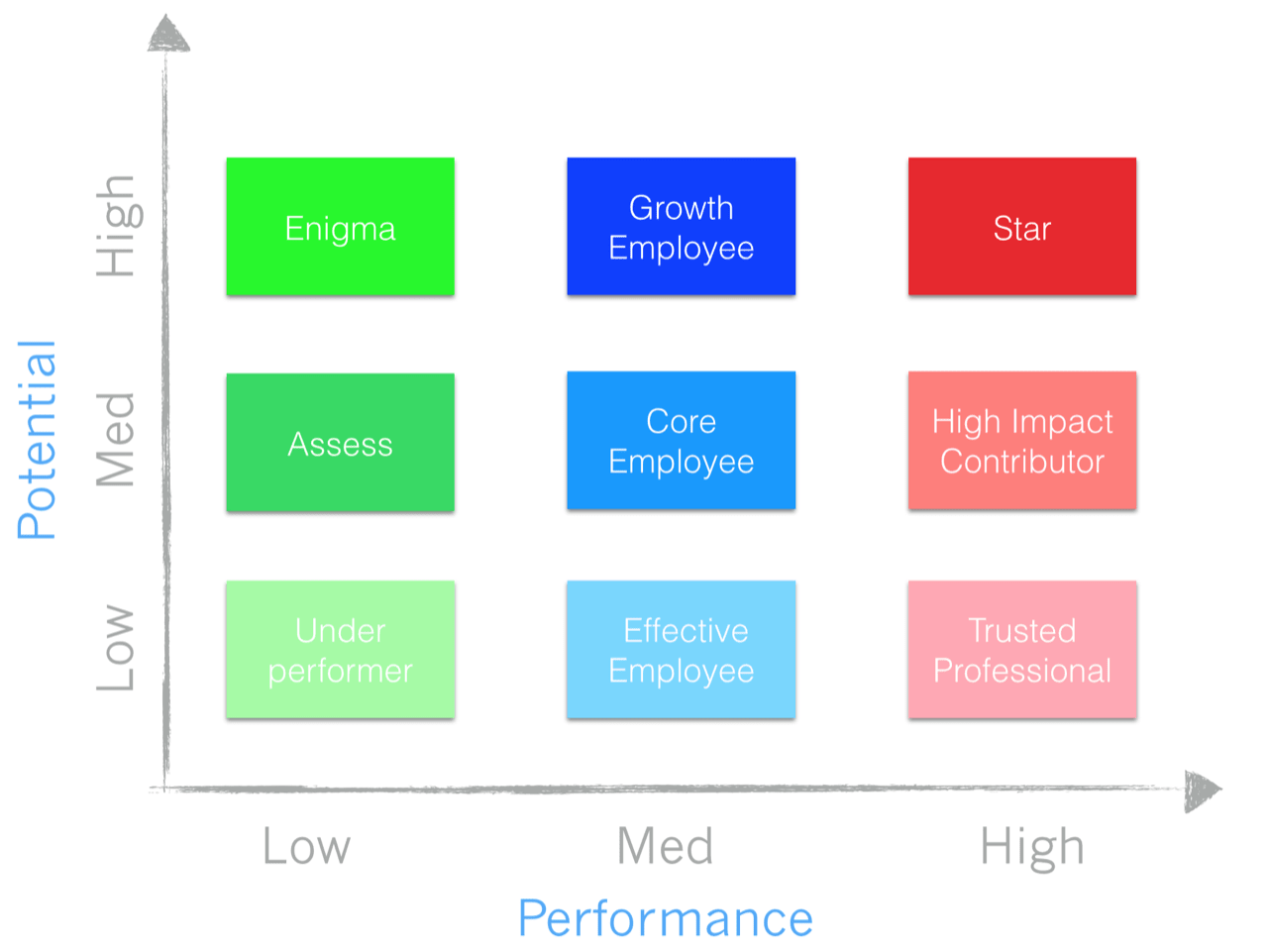 At some point in the last 40 years, Human Resources teams co-opted this model as a talent management tool, and replaced the two industry axes with people specific ones: performance and potential, as depicted above. Because the HR model has never been standardized, there are quite a few variations in circulation. But the usage patterns are consistent. The main goal of the 9 Box Matrix is to categorize employees, determine which to promote, retain and invest in, and which to reallocate.

First, the company categorizes all their employees into these buckets. Often, it’s easiest for individual managers to do this individually, starting with the stars as benchmarks and move down and across the matrix to fill out the rest.

Next, the management team meets to calibrate their categorizations. These calibrations ultimately inform compensation during annual performance reviews.

Last, the management team implements a talent plan which invests in the four top right boxes and includes training, mentorship, assigning new projects and retention compensation. In addition, the plan should design a way to improve the performance of the low performing column either by managing that segment out of the company or reassignment to different roles.

This matrix is often used as a tool to deliver performance evaluations, indicating to employees where they fit in the scheme of things, and what would be required of them to move about the matrix.

The main challenge of the 9 Box Matrix presents to companies is assessing potential as objectively as possible. For example, potential varies by role. The potential of an employee within an individual contributor role could be quite different from that within a management role.

Like most frameworks, the 9 Box Matrix is a simplifying tool for clarifying a process. If implemented well and customized to the needs of a startup, the 9 Box Matrix can be used to develop an effective talent management plan.

When Should Your SaaS Startup Offer Professional Services