At some point, most startups will begin to measure their customers’ happiness. Customer satisfaction is an important predictor of loyalty and can foster fantastically efficient word-of-mouth growth. Many companies employ Net Promoter Score to quantify customer satisfaction. NPS measures the fraction of a customer base which are promoters and detractors of a company’s product. I’ve been told that NPS scores greater than 50 are impressive, but this is simply a rule of thumb. So what’s the right way to evaluate a company’s NPS report?

Zendesk recently published NPS benchmarks that are quite useful to interpret NPS scores. These are the four most interesting data points I found in the report:

First, the mean NPS across the 230 companies is 29. But this average varies across customer types. The table above shows B2B customers are less satisfied and loyal than B2C customers. Internal customers, for example, employees served by internal IT teams, are the happiest of all. These averages support the rule of thumb, that a score of 50 is terrific. (To calculate an NPS score, subtract the 26% detractors from the 55% promoters, yielding a 29 NPS.) 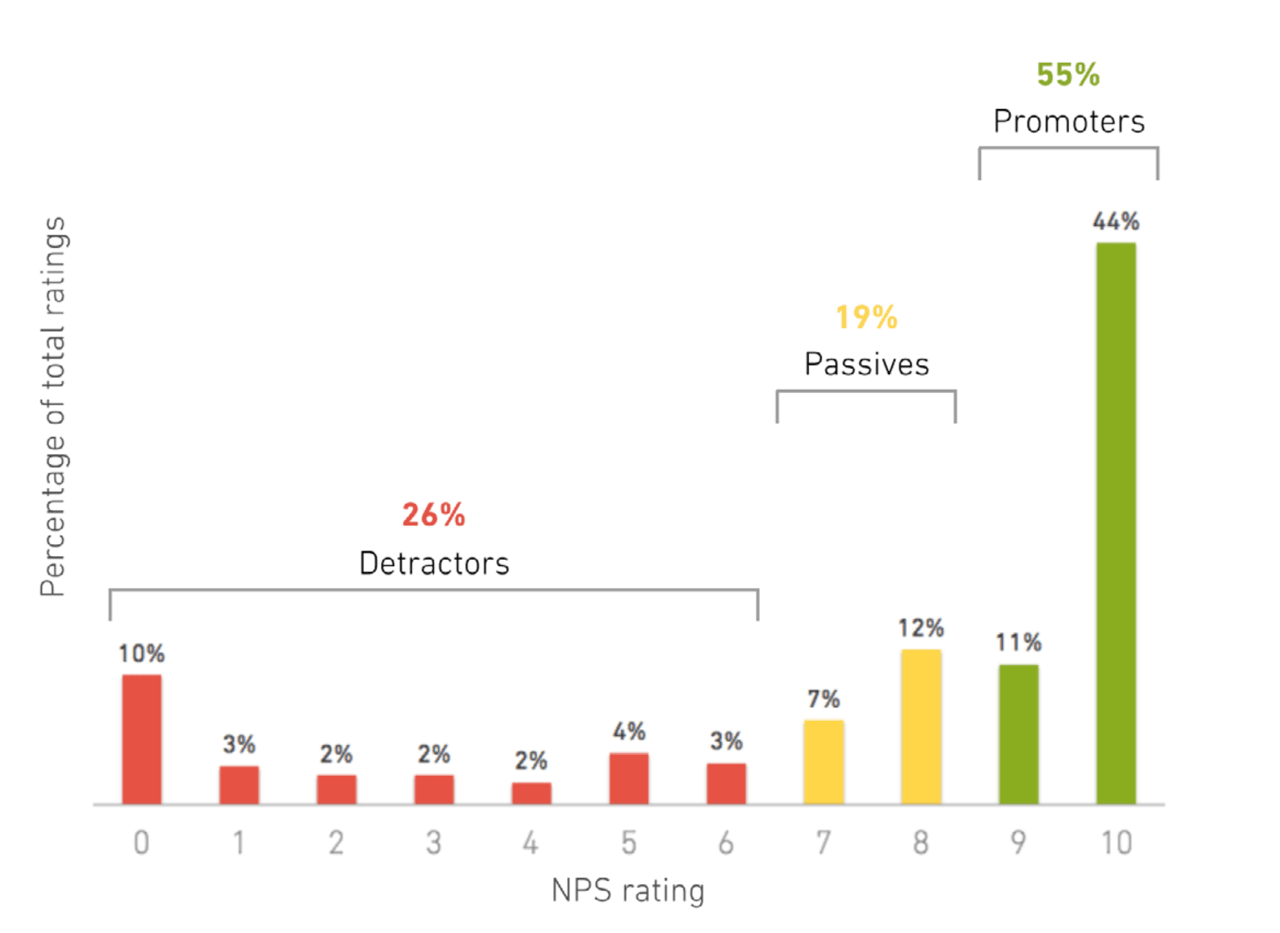 Second, customer NPS responses follow a bimodal distribution. As you can see in the chart above, users tend to respond very positively (9 or 10) or very negatively (0). 65% of the responses fit into these three buckets. Additionally, I was surprised to learn that middle-of-the-road scores indicate customers are highly likely to be detractors.

Third, the data confirms that changing a customer’s feeling about a company is very difficult. More than 70% of surveyed users who gave a negative review in the past remain critics. The converse is also true, but to a lesser extent. Previously endorsers of a product degrade to detractors about 18% of the time. 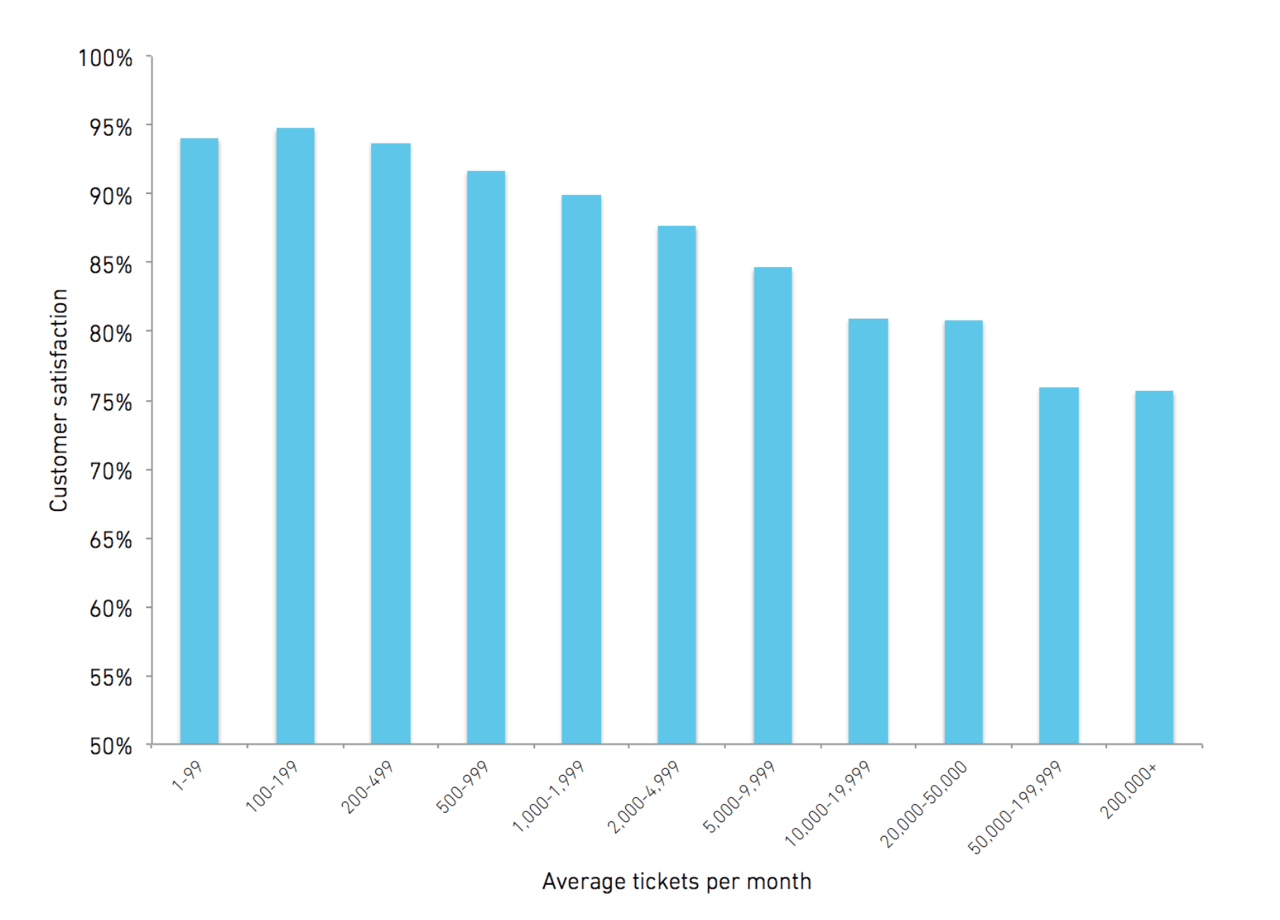 Zendesk maintains an extensive library of benchmarks containing useful insights and benchmarks for startups seeking to deeply understand a customer’s needs and develop a passionate user base, the same way Zendesk has. If you’re looking to understand how your startup performs relative to others, it’s a great place to start.

The Impact of Investor Geography on Your Seed, Series A and B Check Size