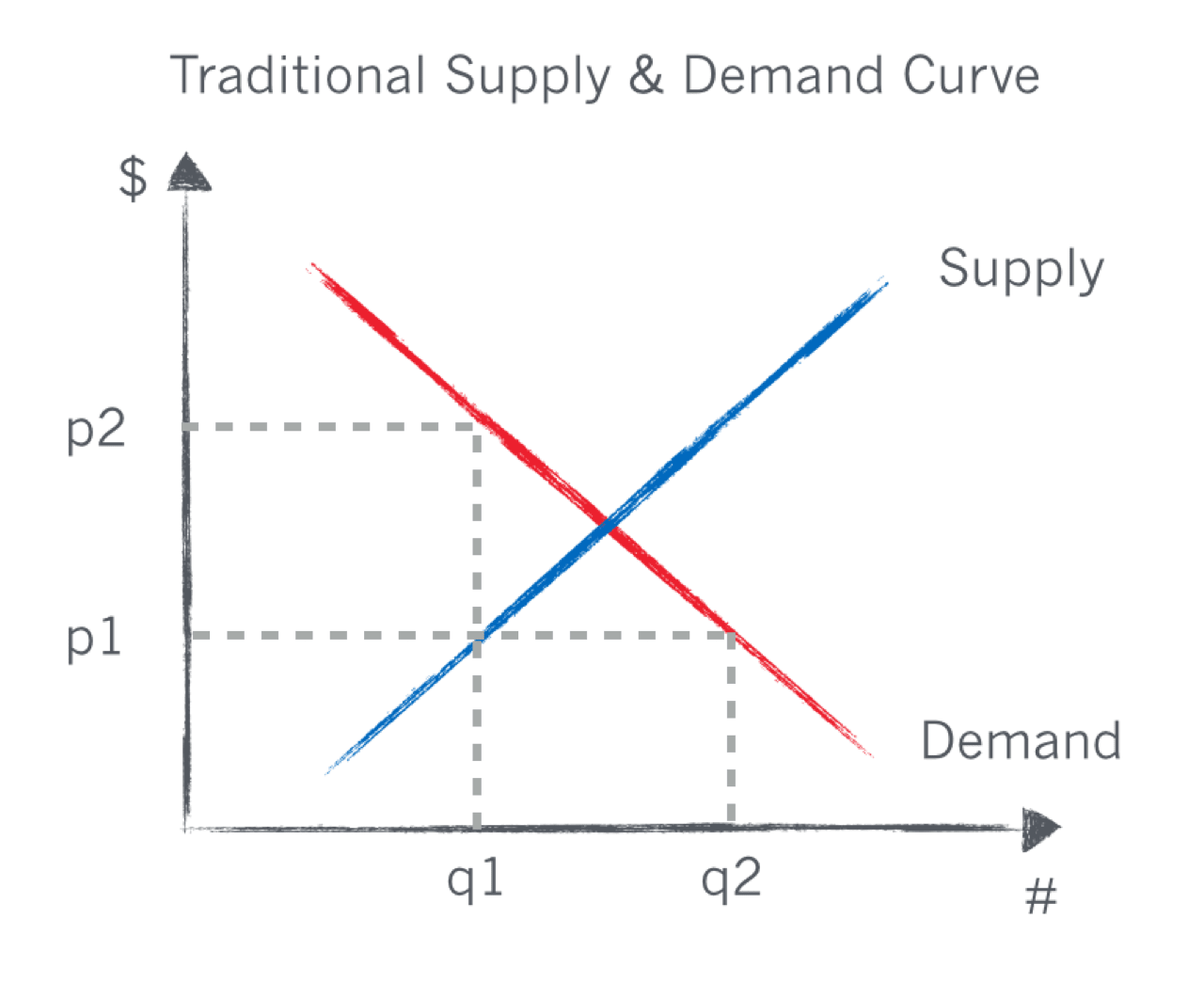 Startups struggle to set the right price for their products because pricing dynamics in the field don’t obey the laws taught in the classroom. The standard supply and demand curves, drawn above, imply that as price increases demand decreases; that buyers act rationally and that this law is immutable. But this simply isn’t the case. Buyers in the market place violate the traditional supply and demand model all the time. 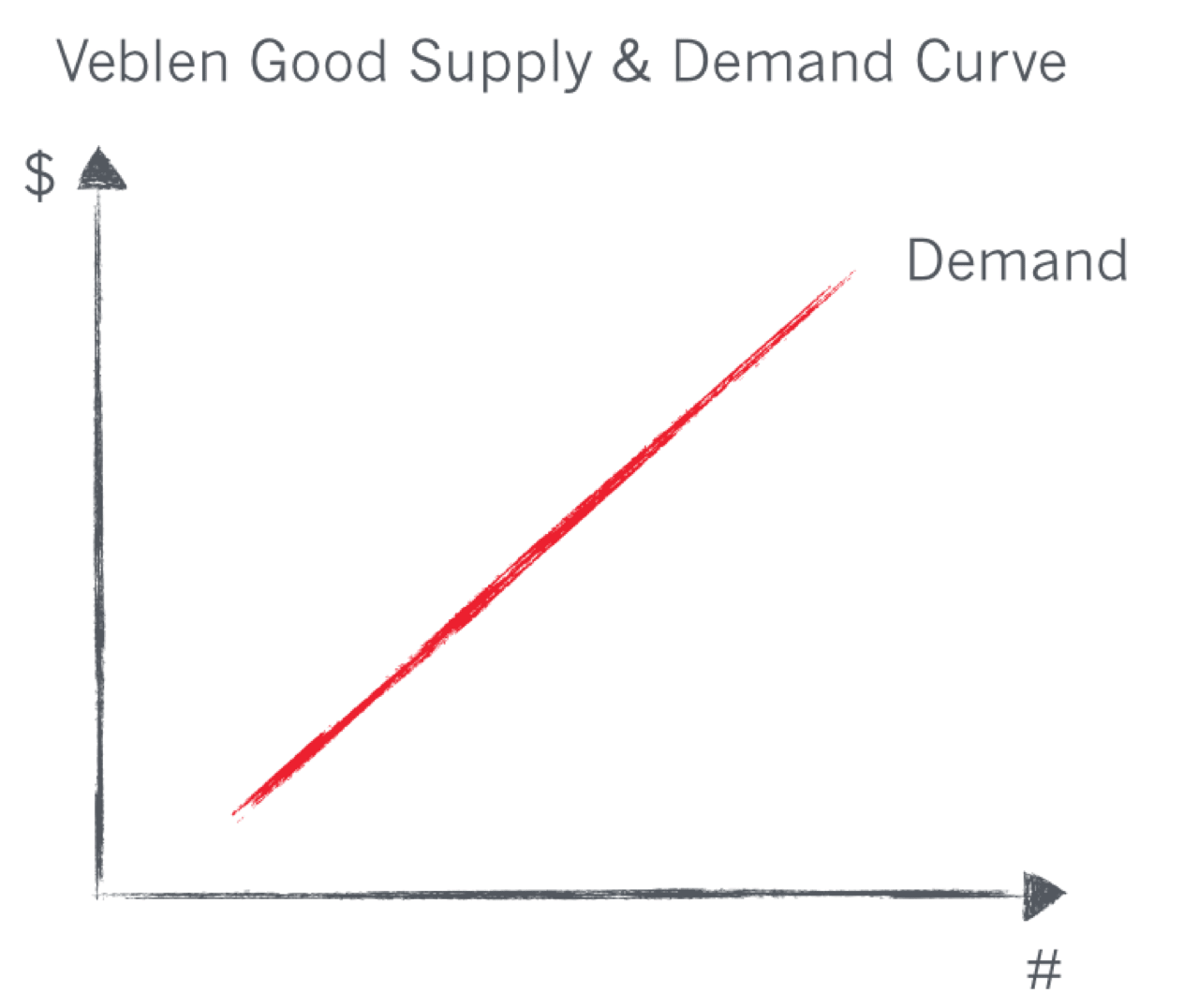 For example, Veblen goods defy the traditional pricing theory. First described by Thorstein Veblen,, an American economist in the early 1900s who taught at Stanford, demand for Veblen goods increases as prices rise. Veblen observed this behavior in the leisure class of his era. Since then, luxury cars, art, wine have been classified as Veblen goods. Above, I’ve drawn the demand curve for Veblen goods. In a complete reversal from the first chart, the red demand line in the Veblen Good case ascends as price grows.

The Veblen demand curve isn’t limited to the purchasing patterns of luxury goods. It also manifests itself in SaaS sales processes. Bill Macaitis, the former CMO of Zendesk, described Veblen goods behavior when he and the Zendesk product marketing team began to address enterprise customers to complement their booming SMB (small-and-medium business) business. The product marketing team initially charged a modest premium for the enterprise product. But the experiment failed. Demand was immaterial. As they experimented with other price points, the team discovered demand surged as the price ballooned. Today, the Zendesk enterprise plans cost 10x as much as standard plans.

Enterprise buyers, like Veblen’s luxury class, exhibit different buying preferences from other segments. Because their willingness to pay is substantially higher than smaller businesses, these buyers often equate price with quality. At a very small price point, they ask a natural question: Since the product is so inexpensive, is it a a toy or true enterprise solution? 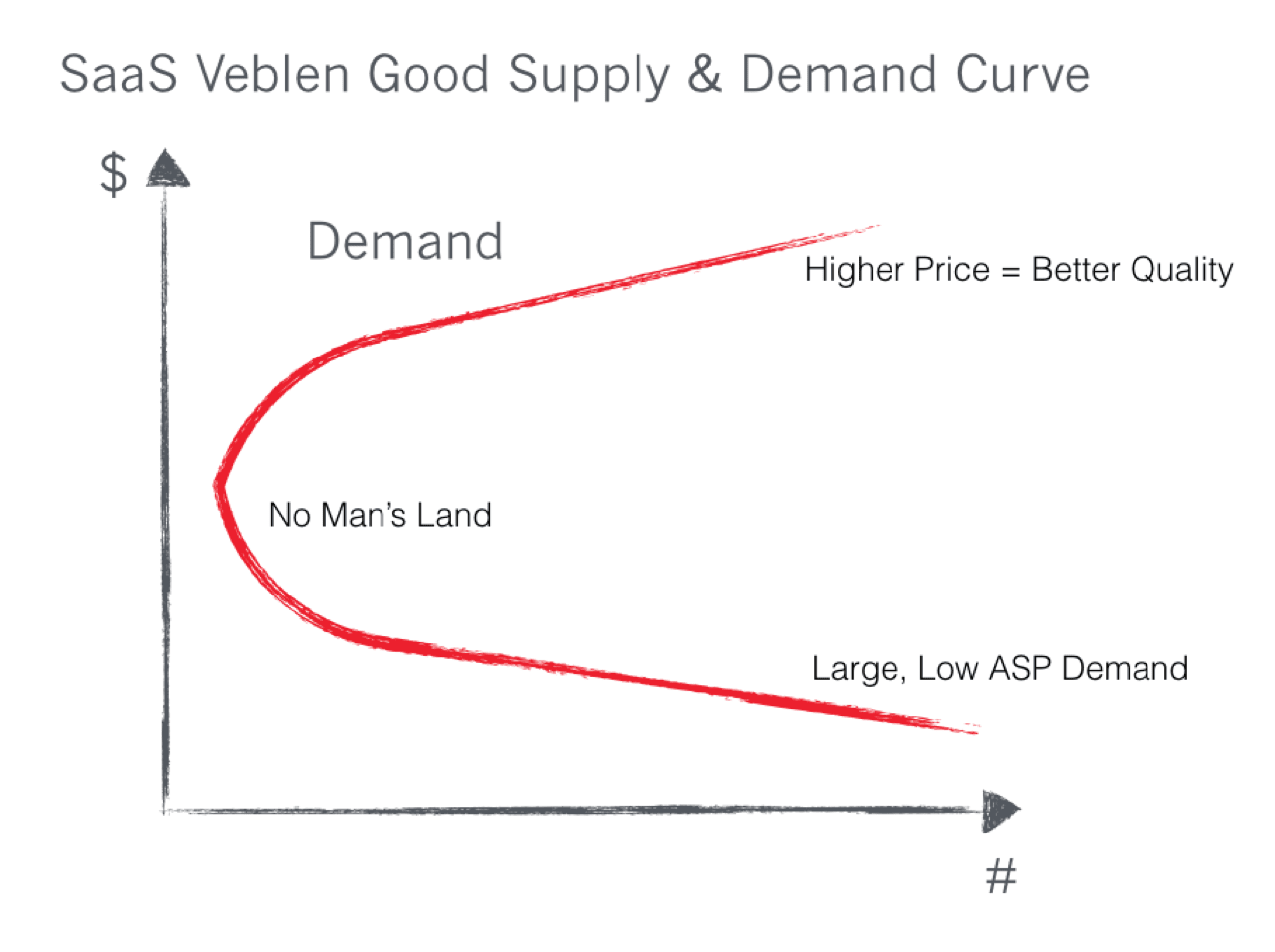 In Zendesk’s market, standard supply and demand theory describes behavior in the small to medium business segment and the Veblen goods concept captures the patterns of enterprises. Zendesk’s example illustrates exactly why pricing can be so challenging for SaaS companies. There are two types of demand curves in the marketplace: a standard curve and a Veblen curve.

Markets with multiple demand curves aren’t unique to Zendesk. They plague many consumerization of IT startups. These companies initially target end-users with free or inexpensive price points, and eventually use that distribution to win larger contracts. I’ve tried to illustrate this behavior in the demand curve above.

The nuances and particularities of each market and each startups go-to-market strategies determine the shape of the demand curve within a segment. Today, there is no single model to describe the schizophrenic nature of different buyer segments. But understanding some of the lesser-known economic theories that describe eccentric supply and demand behavior, like Veblen goods, may help inform and accelerate product marketing’s pricing experiments.