Which Open Source License Should Your Project Use if You Want to Raise Venture Capital? 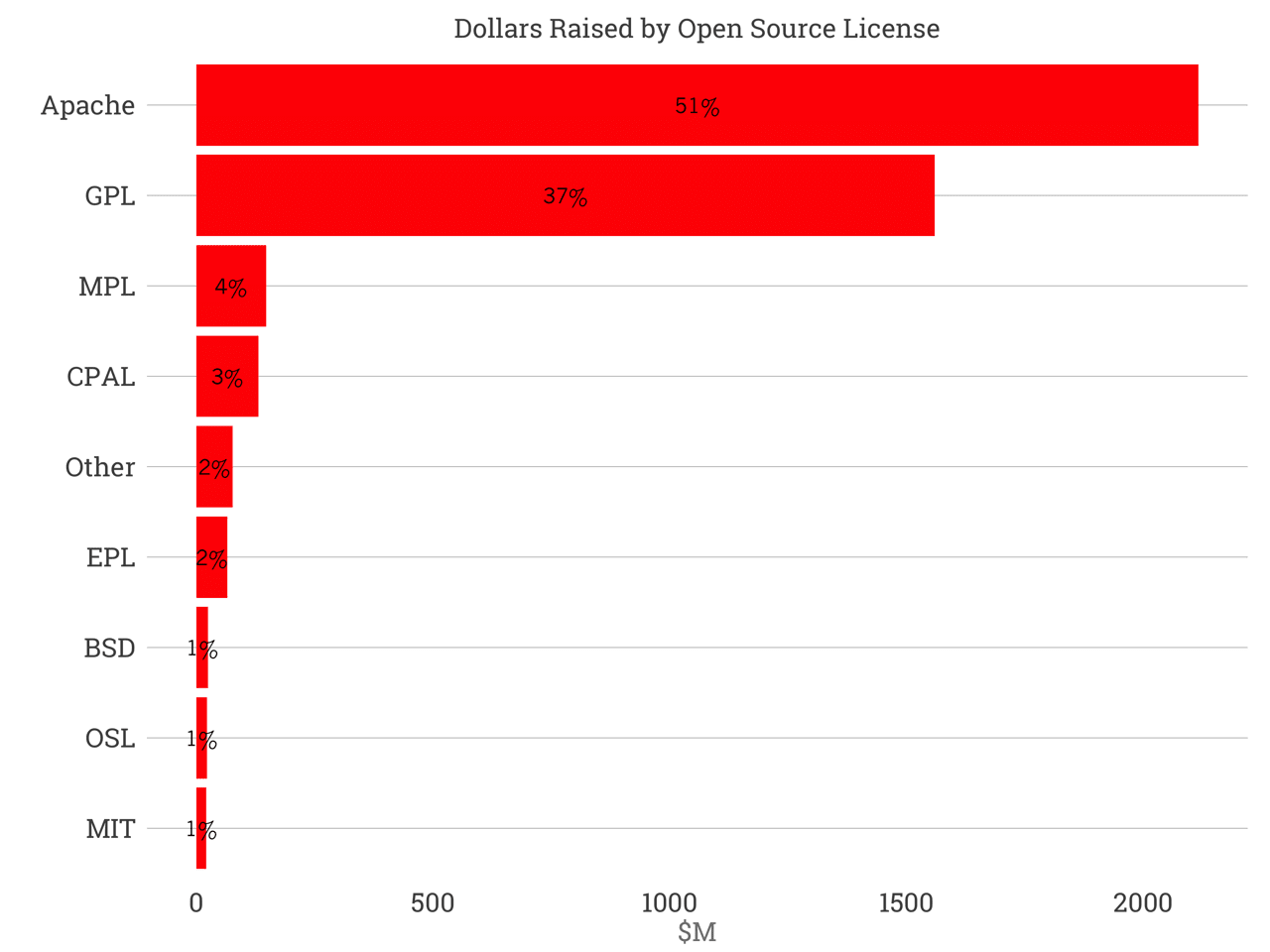 When deciding to open source software, one of the key questions teams must answer is the license under which they will distribute their software. There are a wide variety of different alternatives. But, the three most common are GPL, Apache and MIT. I was curious if there was any relationship between type of license used by startup commercializing open source software, and their ability to raise capital, and exit.

Black Duck Software, a company which scans code bases to find open source software to make sure they are properly licensed, releases a survey each year of the top 20 licenses used in open source projects.

Developers chose the GPL family of licenses in 42% of projects compared to 20% for the MIT license and 16% for Apache. However, looking at the chart above, we can see that Apache projects raise a disproportionate amount of capital, compared to their share of open-source projects.

Apache licensed projects represent only 16% of the number of projects, but they account for more than 50% of venture dollars raised to commercialize those projects. In large part, this figure is driven by companies commercializing Hadoop, namely Cloudera, Hortonworks and MapR.

The MIT license punches below its weight. Developers chose the MIT license for 20% of code repositories, but commercial entities of MIT projects raised less than 1% of venture dollars. GPL licenses projects represent 42% of projects and 37% of dollars. 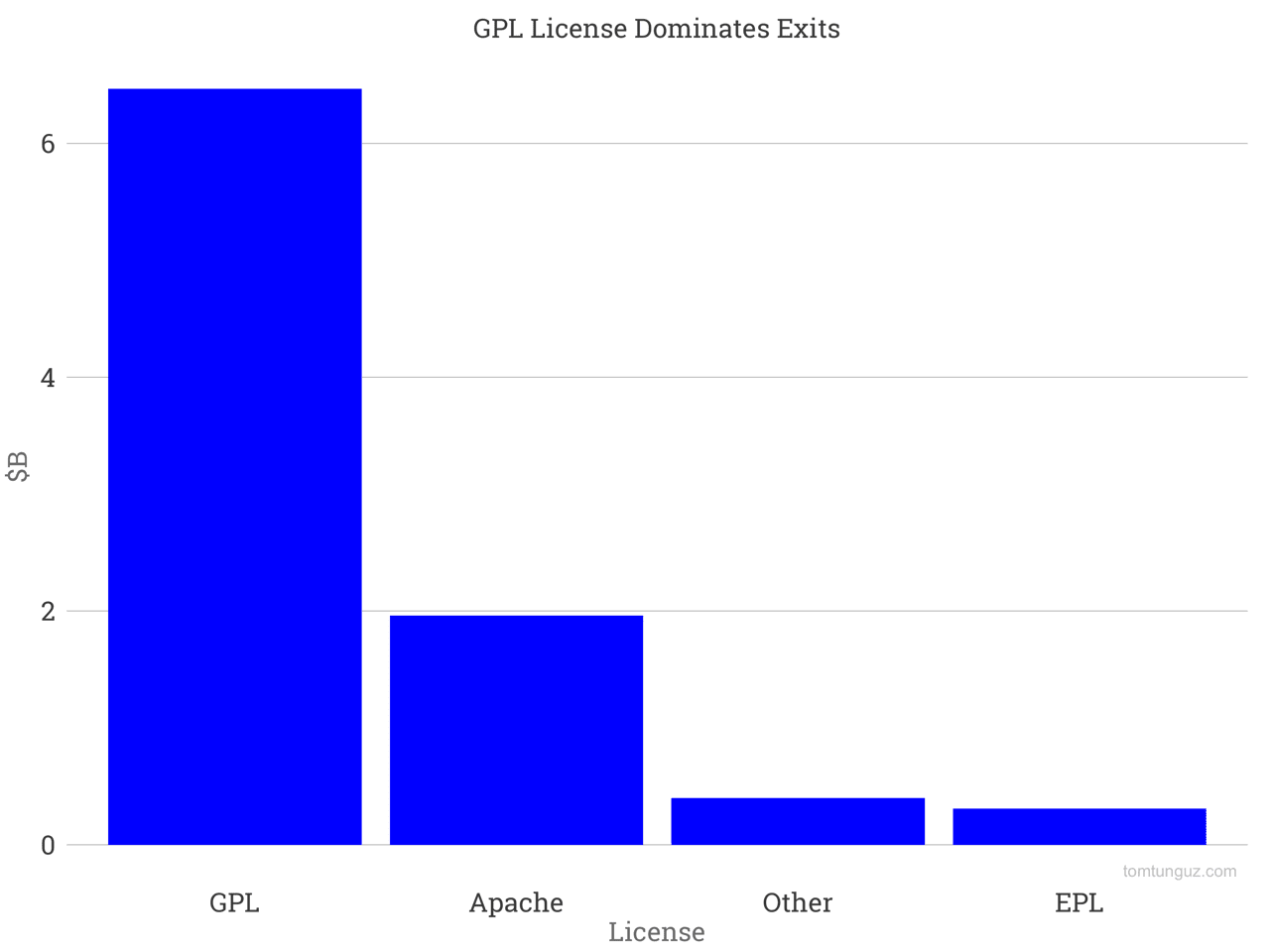 In terms of exits, including both acquisition and IPO, GPL licensed projects dominate, having generated more than $6 billion in liquidity, compared to $2B for Apache projects. In part, this could be due to the fact that the GPL license predates the Apache license by 10 years, (1989 vs 2000). In fact, the three largest open source acquisitions, Sourcefire ($2.4B), Novell ($2.1B), MySQL ($1.0B) were all GPL licensed projects. MySQL and Novell were founded before the Apache license was written (1979 and 1995).

Given the revenues being generated by the Hadoop vendors and other commercialization startups of Apache projects like Cassandra, it’s very likely the next five years we will see Apache licenses is catching up to GPL licenses in exit value.

While there are some substantive differences between the licenses in terms of IP rights, which I won’t dive into in this post, it seems that there isn’t a very strong correlation between a startup’s open source license and its ultimate success. Apache projects, which on the whole are newer, have raise more capital, but because they are newer, haven’t yet contributed substantially to returns.

Ultimately, the key drivers of success for startups commercializing open source projects will likely live in their ability to create defensible and sustainable business models in some fashion on free software.

The Early Winners in the Consumer Hardware Wave