How Should You Allocate Your Startup's OpEx between Sales and Engineering? 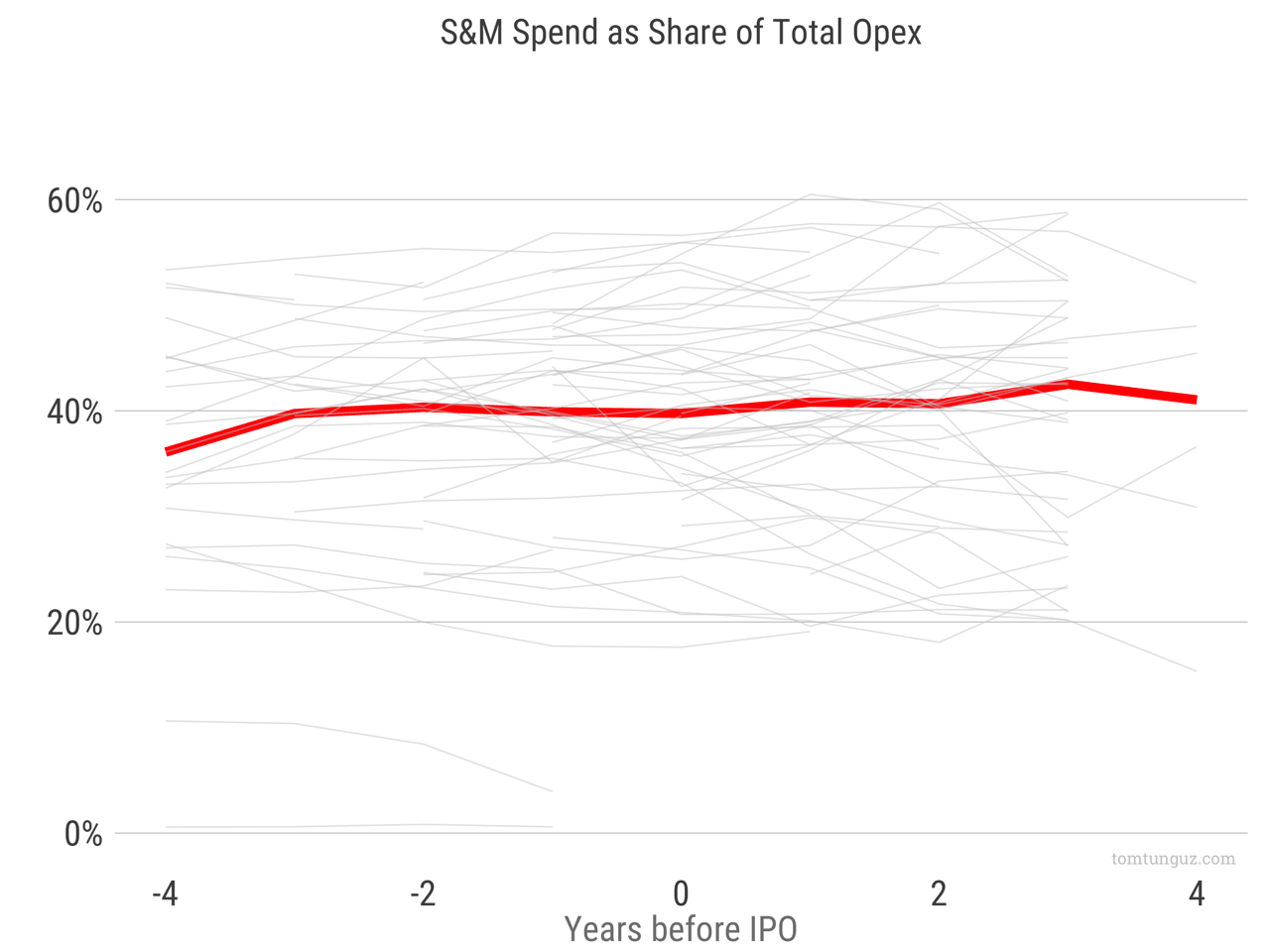 Looking at all publicly traded SaaS companies for four years before and four years after their IPOs, we see they spend about 40% of their operating expense on sales and marketing. The smaller gray lines plot each individual company.

There are two outliers at the bottom, Xero and DealerTrak. These companies both went to market through distribution channels (accountants and car dealerships), resulting in very efficient growth. Both of these companies stopped reporting selling and marketing expenses around their IPOs.

Aside from those two, the remainder of the basket operate between 20-60%, with a median of 40%. Box, 2U, Splunk, LogMeIn, Cornerstone, and MobileIron all spent more than 55% of operating expense on sales & marketing at some point. These companies span price points and industries, indicating that this ratio is likely driven more by management than a market. 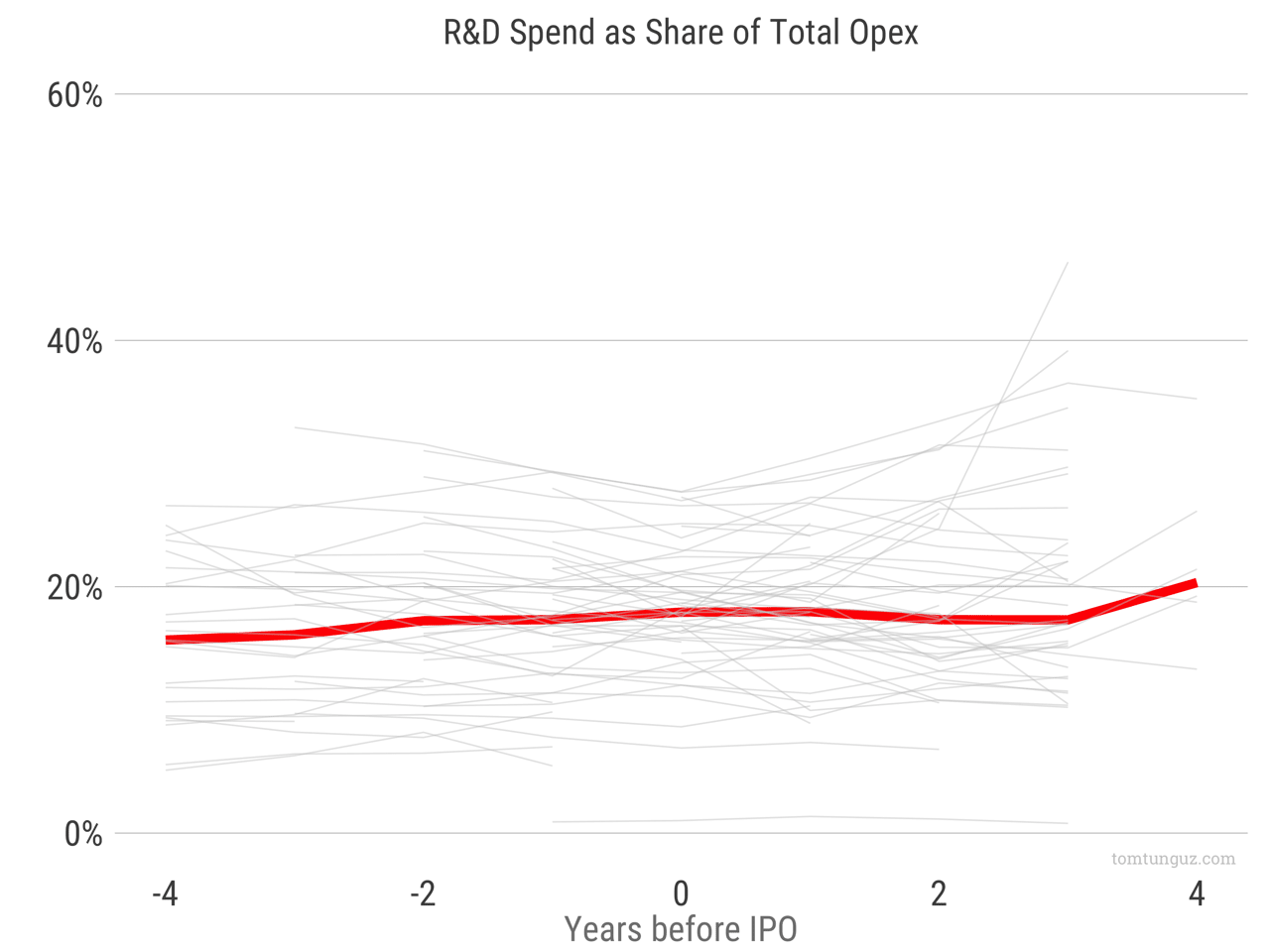 Engineering receives about 17% of operating expense for the median SaaS company. At the high end, companies like Atlassian and Castlight have spent more than 40% of their operating expense on engineering. At the low end, 2U, Fleetmatics, and Vocus spend less than 10%. Again, quite a bit of variance across industries and ACVs.

So, how do these figures translate to numbers? According to Indeed data, an account executive in San Francisco earns $87k per year on average, while a software engineer earns $121k. Those figures imply most software businesses have roughly 3-4:1 sales/marketing to engineering ratio at scale.

At the very outset of a startup, engineering typically outnumbers sales. At the Series A, it’s quite common to see teams of 7-10 engineers and one sales person. As the business scales to a Series B, the startup may have brought those ratios closer to equality with 20 engineers and 10-15 sales people. By the time the business reaches Series C, sales teams typically begin to outnumber the engineers.

How to Create Competitive Advantage for Your Startup with Proxy Metrics